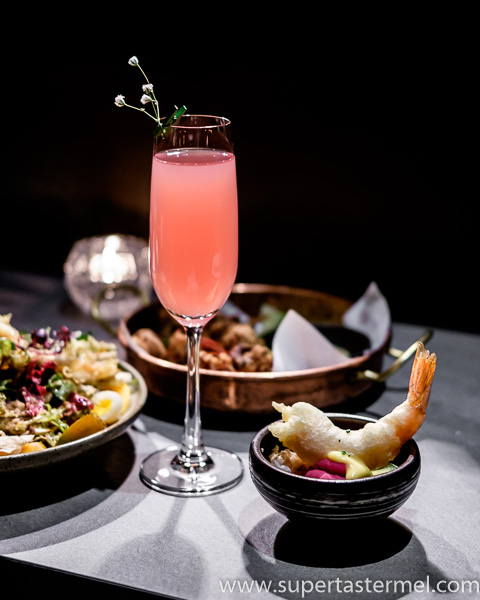 As its name suggests, TokyoLima aims to bring the best of both Japanese and Peruvian cuisines together in a chic and contemporary bar and restaurant. The entrance is a bit hard to find from the street, and if not for the fact that I had attended the opening party for the restaurant beforehand, I would probably have been lost like my friend was. I had made reservations which is highly recommended as the restaurant was pretty much full house by the time we were finished - people were even eating in the bar area! We sat at the counter with full view of the open kitchen and while you can order a la carte, we opted for the omakase menu (chef's choice) which was a super good deal at only $480 per person and we got to sample a lots of its signature dishes on the menu - highly recommended for first timers! 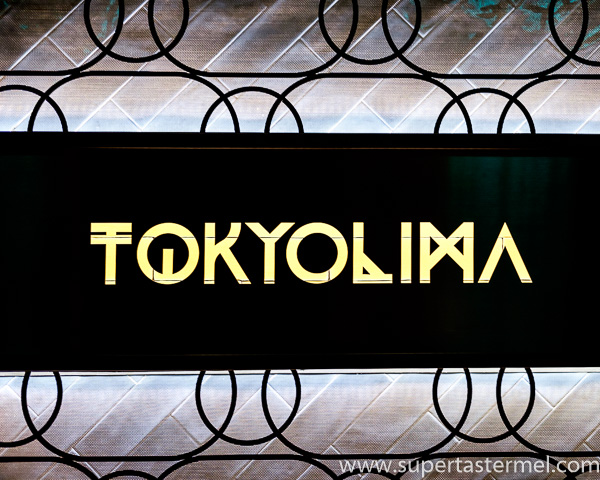 We were told that we would get around 7-8 dishes in total and the portions turned out to be pretty big, so we actually had trouble finishing all of our food. 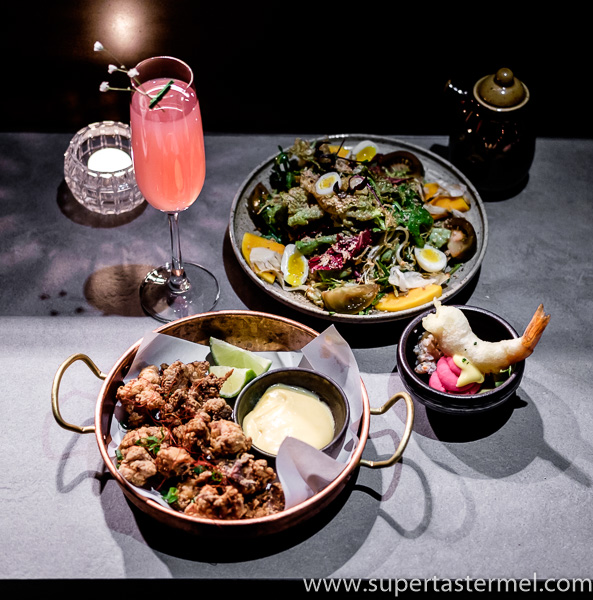 I wanted to get a cocktail and the Tokyo Affair ($90) with Prosecco, Acai liquor, lychee juice and cherry blossom was recommended to go with the omakase due to its light and sweet flavors. One of our first appetizer to arrive was the La Causa which is Chef Arturo's version of Peru's traditional terrine with beetroot causa, prawn tartar, rocoto garlic mayo, prawn tempura and charred avocado. The tempura batter was a bit thick for me but the causa and prawn tartar were lovely.

The "Ki-mo-chi" Fried Chicken with chicken thigh karaage and spicy soy tare sounded enticing but paled against karaage I've had in Japan as it wasn't crunchy enough plus I couldn't really taste the tare sauce on the chicken at all. The T-3 was a 3 textures salad with pumpkin, mix leaf, poached quail egg, heirloom confit tomato, grilled fennel, crispy glass noodles, almond and nikkei dressing. There was a lot going on but overall I think it worked and I enjoyed the various contrasting textures and flavors. 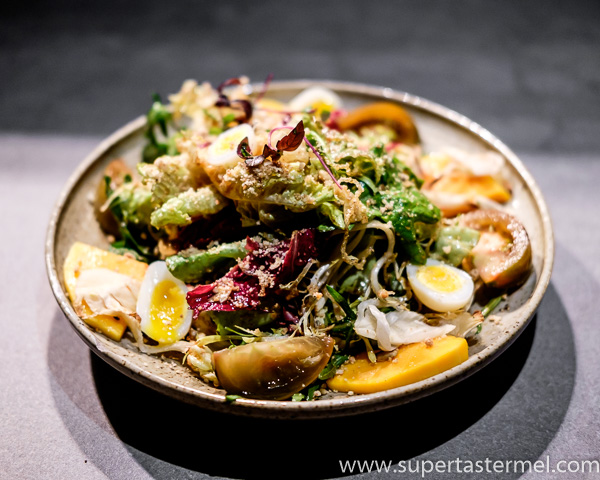 The Ceviche Nipon with seared scallops, prawns, seabass, shoyu citrus dressing, kiuri, peppers and squid was hands down my favorite dish of the night as the raw seafood tasted really fresh and the tangy citrus dressing helped to draw out the flavors in a delicious way. 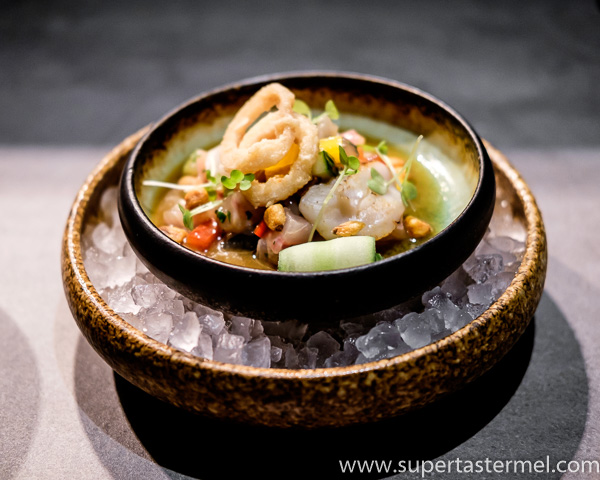 Since my friend was still recovering from a sickness and wanted to avoid raw seafood, she was given the S.S which is a Nikkei-style soba salad with soba noodles, seaweed tempura, avocado, chili and sesame sauce. It was like eating cold soba noodles with the additions of tomatoes and cucumber which was a refreshing dish to eat. 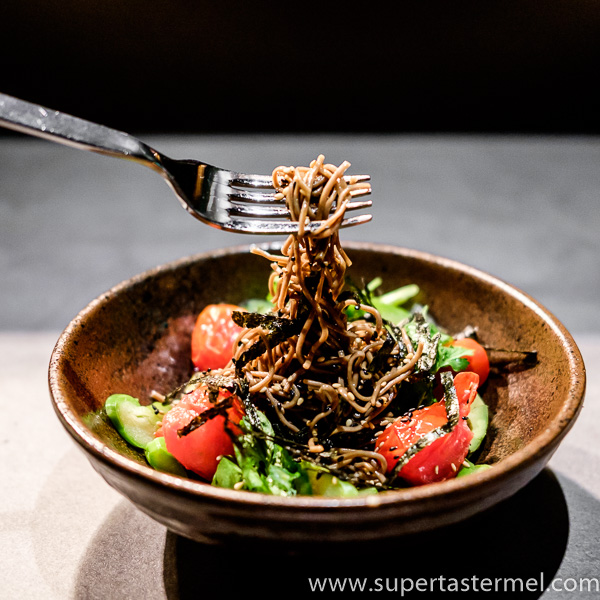 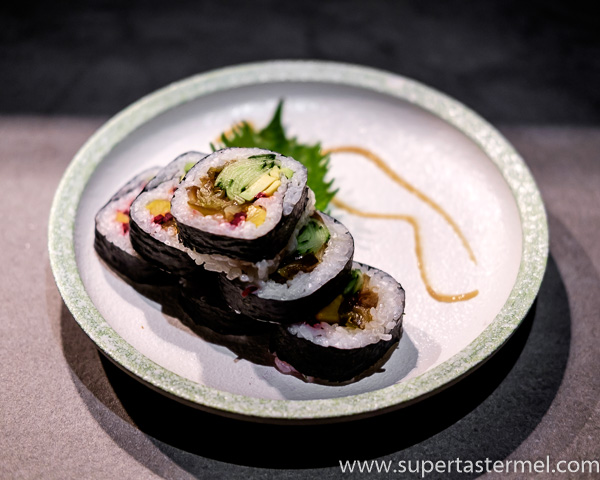 Our main dish of the night was this Nikkei barbecued Baby Back Ribs which I found to be a bit salty and not tender enough. 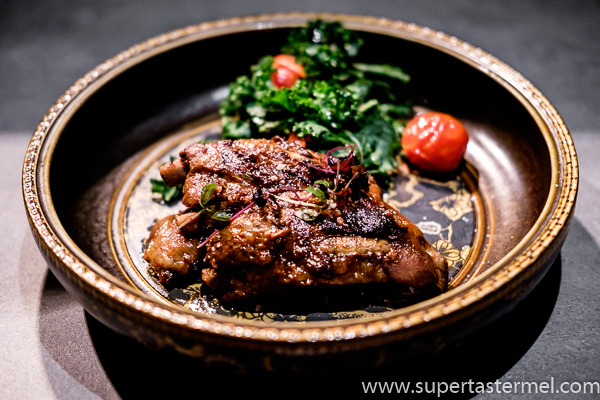 Our main dish came with a antichuco which is a popular Peruvian street food skewer originating from the Andes. We were given this Portobello & Nasu with grilled portobello mushrooms, eggplant, miso mayo, charred leek and pickled ginger to try and it was delicious and very flavorful! 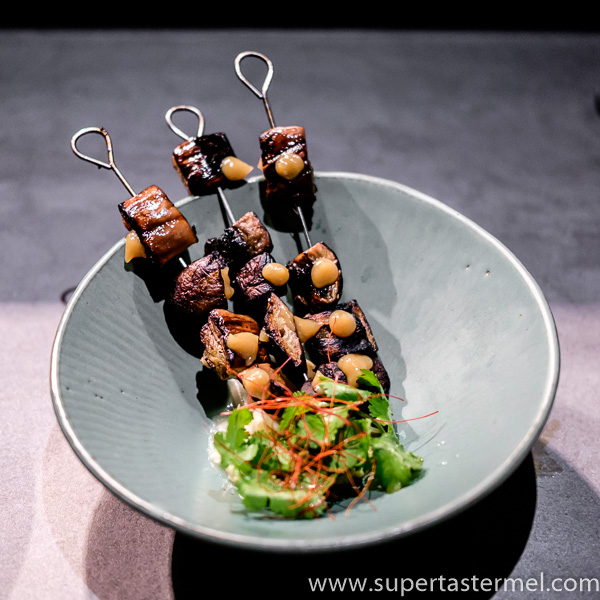 For dessert, we were given one Green Tea Tiramisu to share which we thought was surprising since we were hoping for more desserts. The green tea sponge cake underneath the cream was a bit dry - perhaps dessert is not a strong suit here. 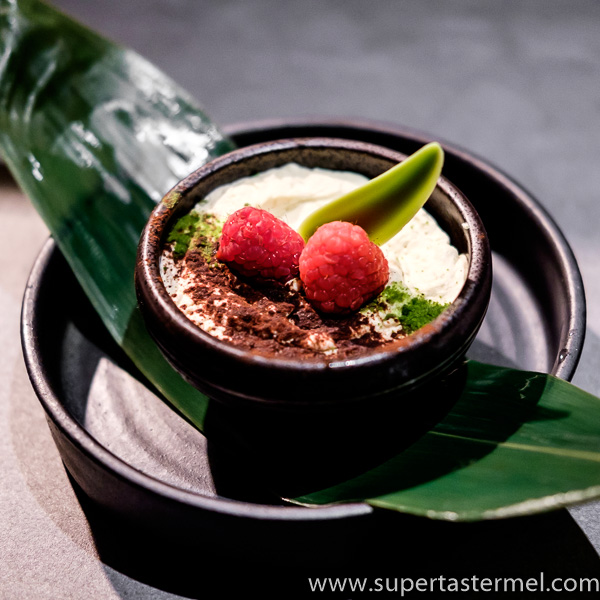 Verdict - overall I quite enjoyed my meal at TokyoLima (perhaps the trendy vibe more so than the food) and I would love to go back to try out the rest of the menu!