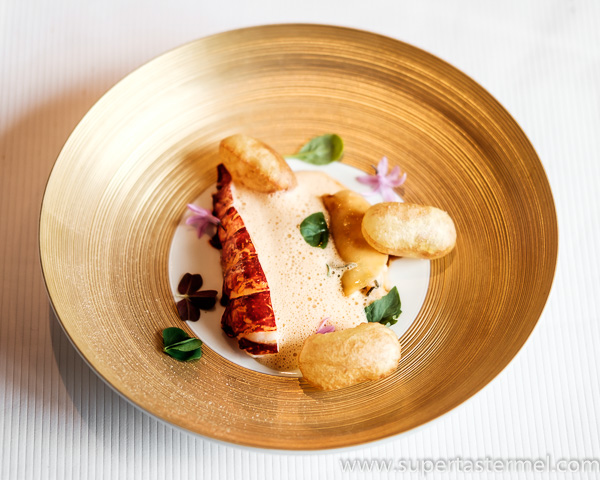 It is said that sauce is the heart and soul of French cuisine, and I found myself falling in love with the sauces (and the food) at 3 Michelin star L'Assiette Champenoise! We had the fortunate opportunity of trying a dish from Chef Arnaud Lallement at the first OAD event back in Paris and came here with great anticipation for dinner as our last meal in France. Founded 40 years ago by the chef's parents, the L'Assiette Champenoise is both a restaurant and a hotel, and while the outside of the mansion may look like a traditional cottage, its interior and design is very much modern and contemporary. Upon our arrival at the restaurant, we were given the option of having a drink first at the bar so we ordered champagne and sat on the terrace while we looked over the menu. Two set menus Emotion (€275) and Saveur (€185) are offered at dinner along with a la carte dishes, and we ended up opting for the shorter tasting menu. 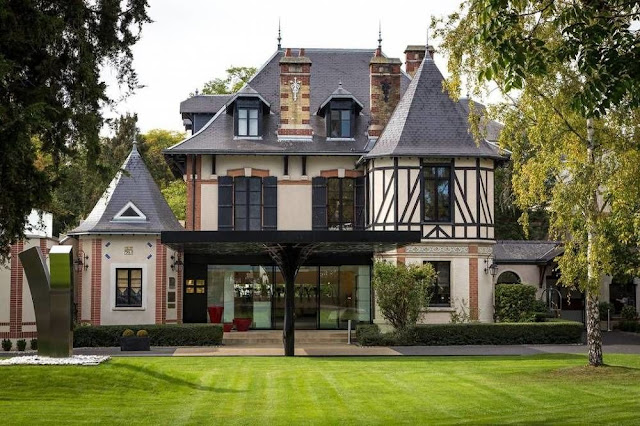 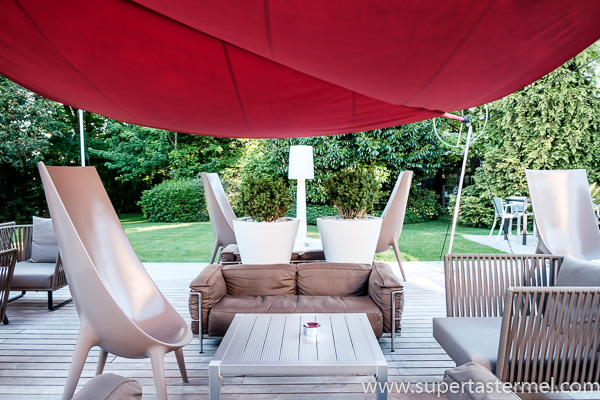 We enjoyed 4 different types of amuse bouche outside with our champagne and moved to the bar when the weather got a bit chilly. 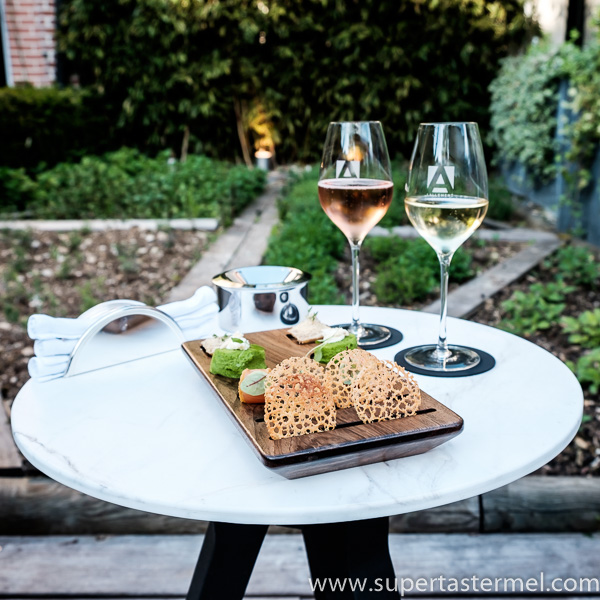 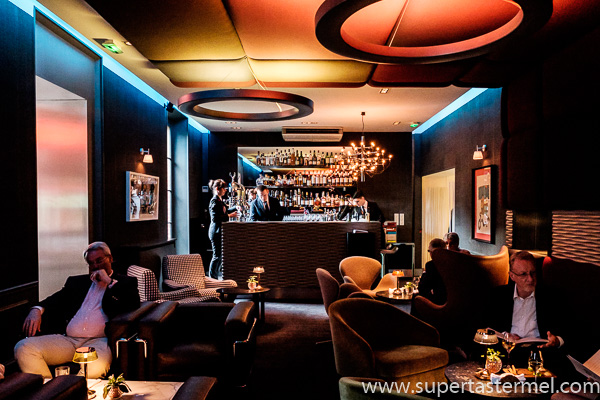 When we were finished with our amuse bouche, we moved to the dining room and were presented with a beautiful house-made sourdough bread and butter to kick off the meal. The bread was one of the best I've had on this trip so far along with the ones from Alain Passard's garden! 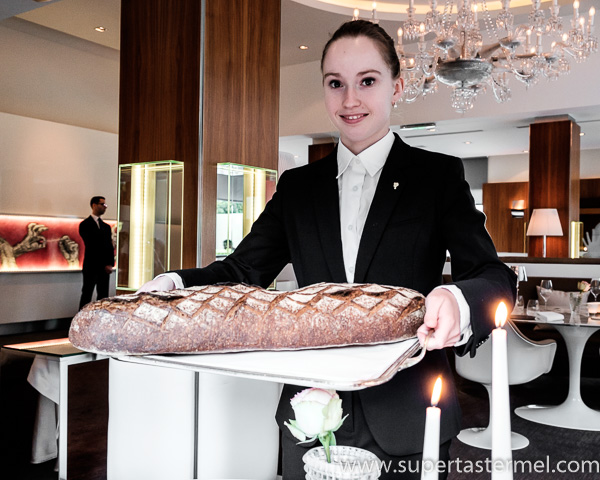 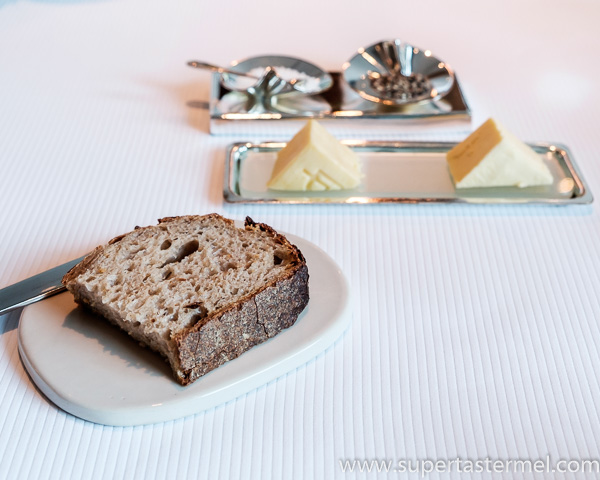 The Traditional Potee Champenoise is the chef's rendition of a French stew with cabbage, carrots and turnips along with mustard cream and vegetable oil. 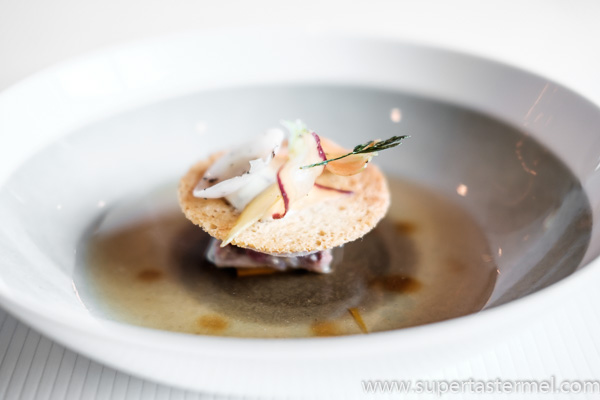 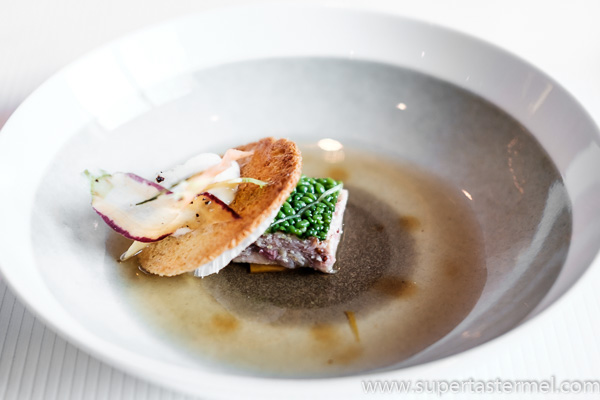 The Roques-Hautes Green Asparagus / S.Erhardt was served with the mousse of yellow wine. 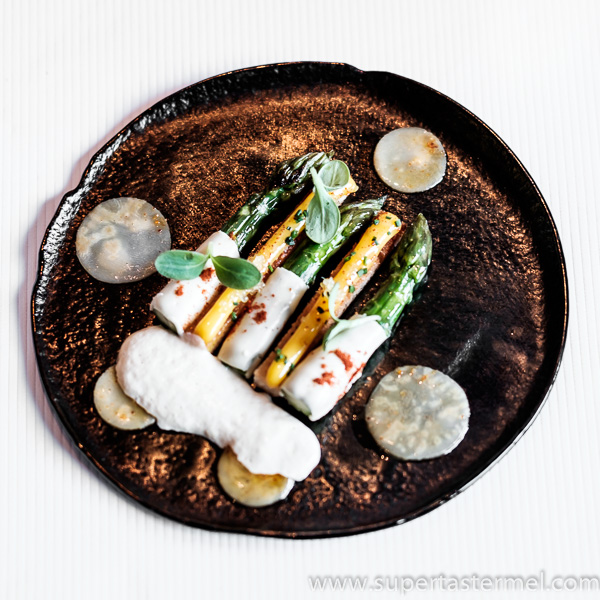 As a surprise gift from the chef, we were reunited with the delicious Kaviari Caviar with Haddock and Potato dish that we had tried earlier at the first OAD event in Paris! 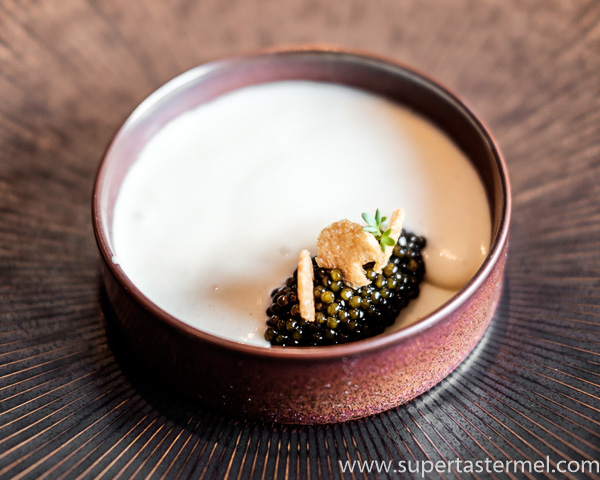 We fell in love with the sauce in the next dish which was the Crab with sauce made from lemongrass, ginger and juice of the heads. The lemongrass and ginger balanced the crab sauce perfectly so it was not too heavy, and we couldn't help but keep eating the sauce with bread especially since an extra pot of sauce was provided on the side. 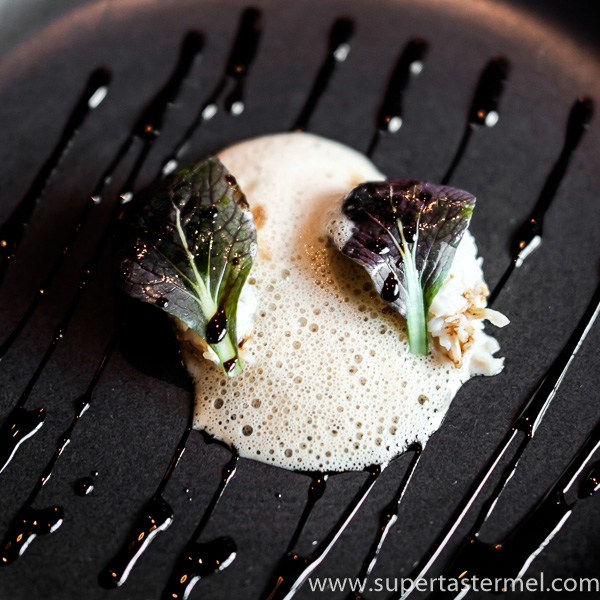 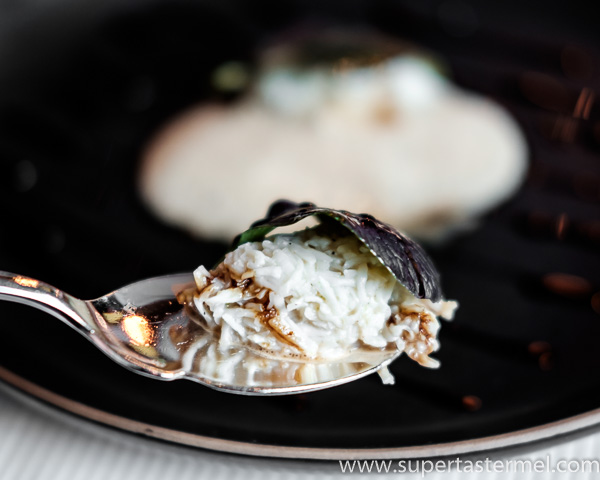 The Brittany Blue Lobster which was a homage to the chef's father turned out to be my favorite dish of the night as the lobster was cooked perfectly with a semi-raw center while the sauce was super delicious! Again as with the previous dish, we kept using bread to wipe up all of the sauce and got dangerously full before realizing we still had a few more courses to go including dessert. 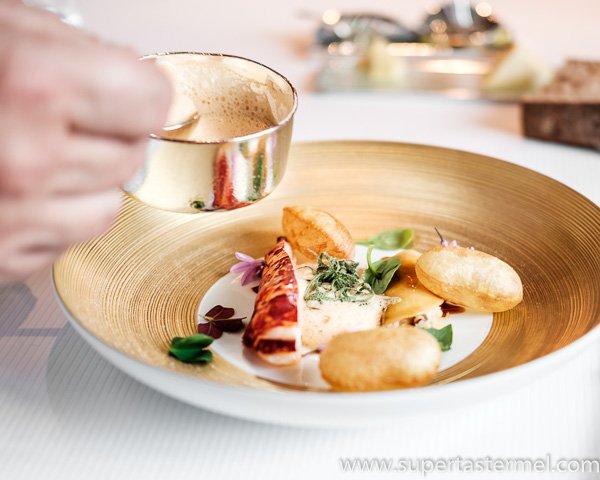 John Dory with B. Deloffre Carrot 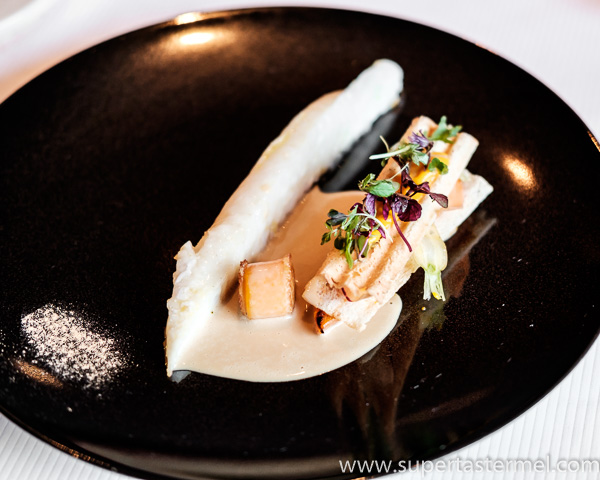 The Veal Sweetbread with Zucchini and Cream of Parsley was pan-fried perfectly but I have to admit that sweetbread is not really my cup of tea. 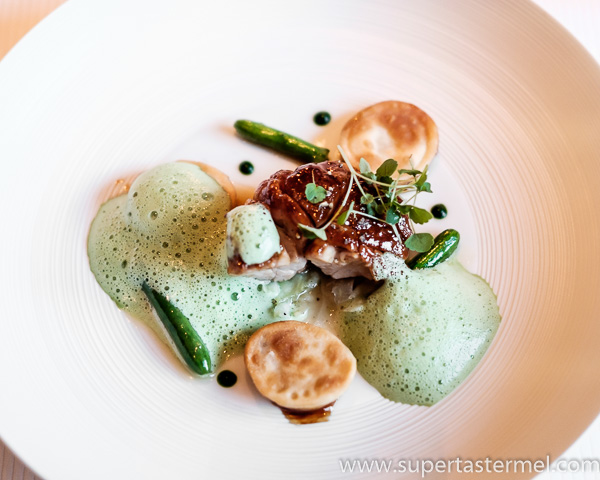 Next up was the enormous Cheese Selection from Philippe Olivier who is a fourth generation cheese-maker. A collection of hard cheese, soft cheese and blue cheese were offered with dried fruits and nuts. 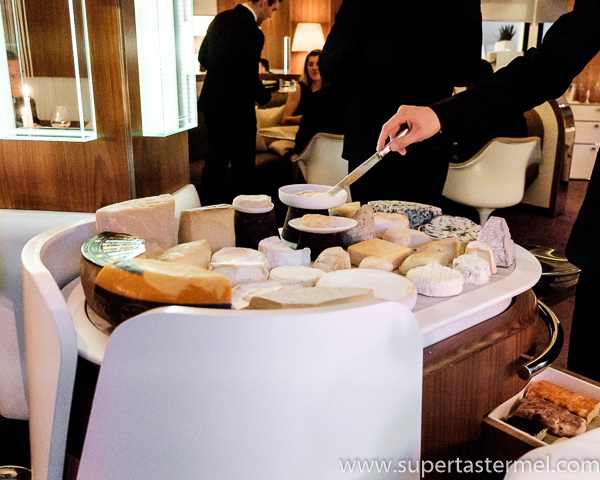 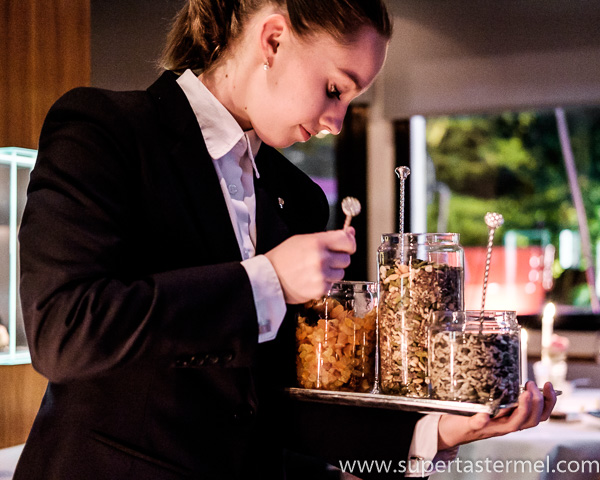 The Chocolate / La Muire with millefeuille, ganache and caramel was like a deconstructed millefeuille but ended up being a bit too sweet for my taste. 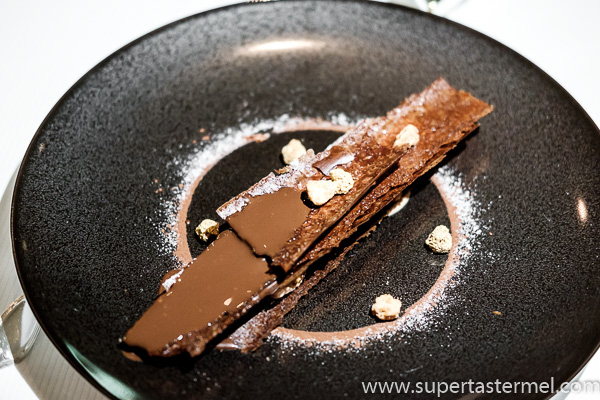 The Blackberry / Crispy with fresh berries, jelly and meringue was the better of the two with a more acidic flavor. 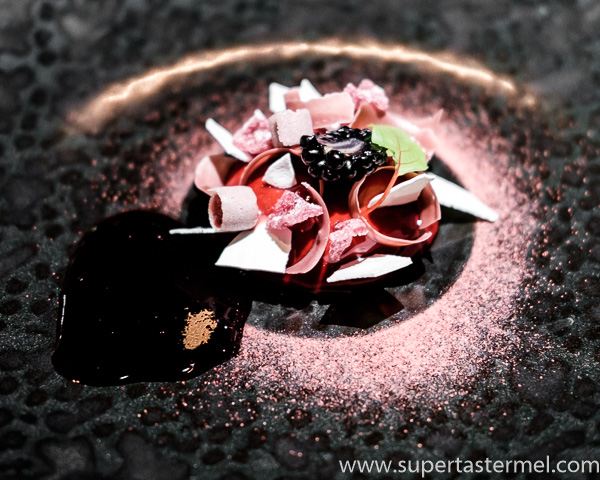 Even though it was just the two of us, the petit fours each came in quantities of 6 or more! I think the desserts were probably the weakest dishes out of the entire meal but the quality of the cooking and the irresistible sauces in the savory part more than made up for it. 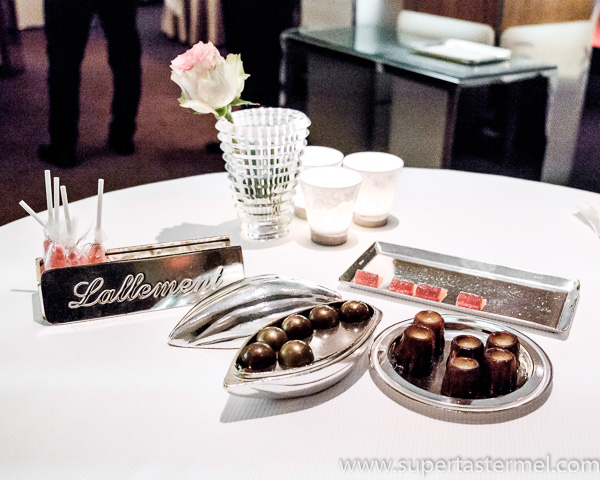 We also got to tour the kitchen after our meal where we got to see where the magic happens! The kitchen looked bright and sleek which was divided into hot and cold (dishes) sections. 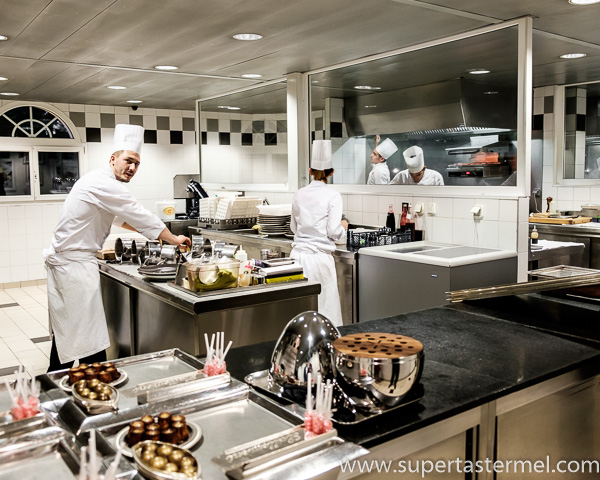 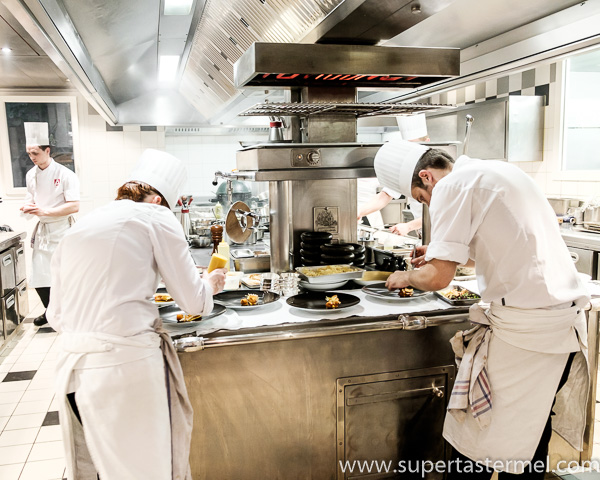 Thank you Chef Arnaud Lallment for the fantastic meal and warm hospitality! He was super friendly and even though he doesn't speak much English, he still tried very hard to communicate with us and explain his ideas behind each dish - especially the lobster dish which was a tribute to his late father who was also a chef. The food and service at L'Assiette Champenoise is definitely 3 star quality and well worth a special journey! 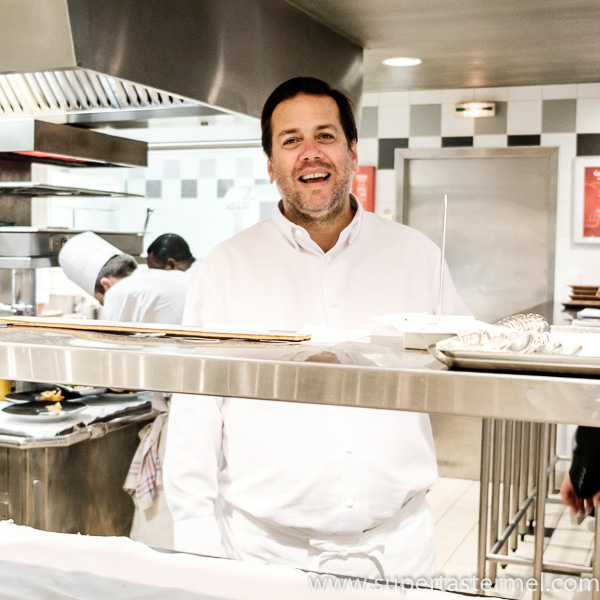