On day 3, we met up with a friend in Japan who happens to be a big foodie! He took us to his secret spot for Wagyu rice box where they had made this dish especially for him. It's an off menu item but secrets as delicious as this doesn't stay secret for too long so now a lot more people are ordering this dish. Unfortunately because the margin on this dish is pretty slim, it seems like they have started to cut back on the quality of the meat. Even J said that compared to the last time he tried it, the beef we had this time around wasn't as good. It's still delectably awesome, don't get me wrong - I mean I'd eat this everyday if I can! The Wagyu had been cooked to medium as the meat still retained some of that gorgeous hue of pinkness. The marbling of the meat was even and balanced so you don't get bites of just pure fat. Even the ratio of Wagyu to rice was perfect. Out of respect for my friend's wishes though, I'm not going to disclose the location of this restaurant. Sorry (>.<) 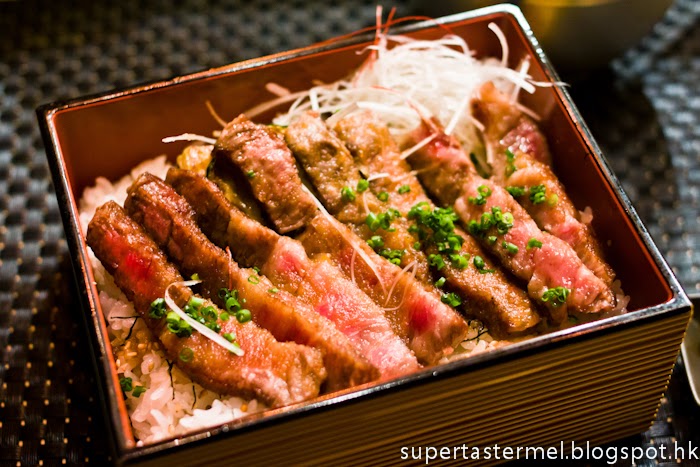 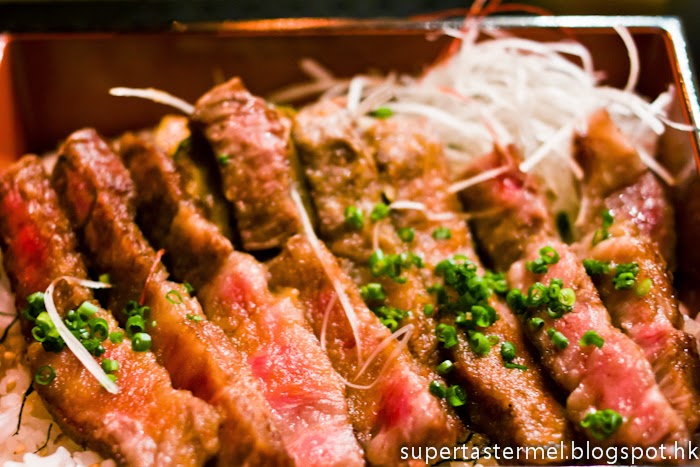 After we bid farewell to our friend, we headed off to our next destination which is Hapineko - a cat cafe in Shibuya! I've been to Japan many times now but this would be my first time visiting a cat cafe there. The cafe was a bit hard to find at first but eventually we found the building the cafe is located in on the 3rd floor. The admission costs ¥1,050 for 30 minutes which includes one drink and the rates get cheaper if you stay longer. There were a lot more rules regarding touching the cats than the cat cafe in Hong Kong plus we had to take off our shoes and wash our hands before entering the area with the cats in it. 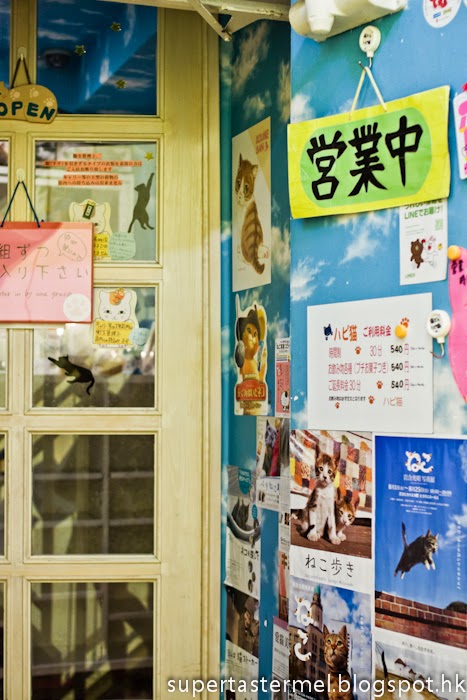 The drinks menu was surprisingly extensive with lots of different teas, lattes, ice drinks and juices. I opted for the mango yogurt drink while J got the earl grey ice tea. Our drinks arrived with little crackers on the side as well. The drinks were actually pretty decent but there wasn't really enough time to enjoy and finish our drinks between taking pictures of the cats and trying to play with them in the 30 minutes session we opted for. 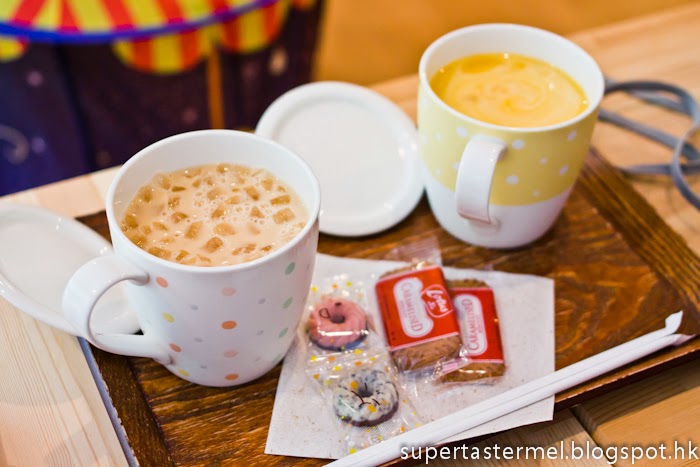 The cafe currently houses around 16 cats but unfortunately most of the cats were pretty sleepy and lethargic when we visited around mid afternoon. After speaking with the staff, they informed us that the cats are usually most active in the morning when it opens at 11am and in the evening after 6pm. 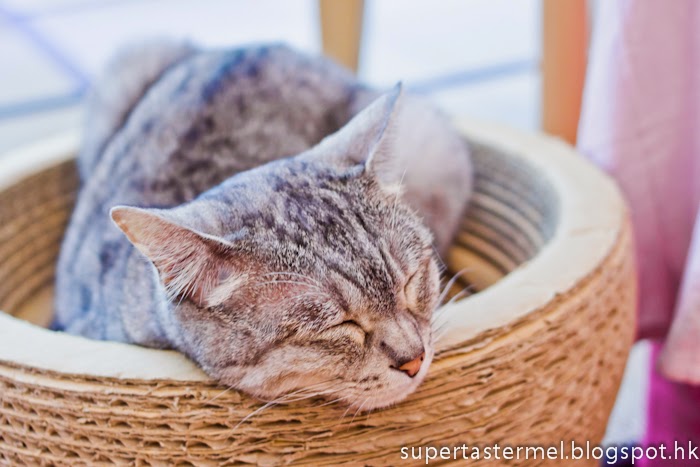 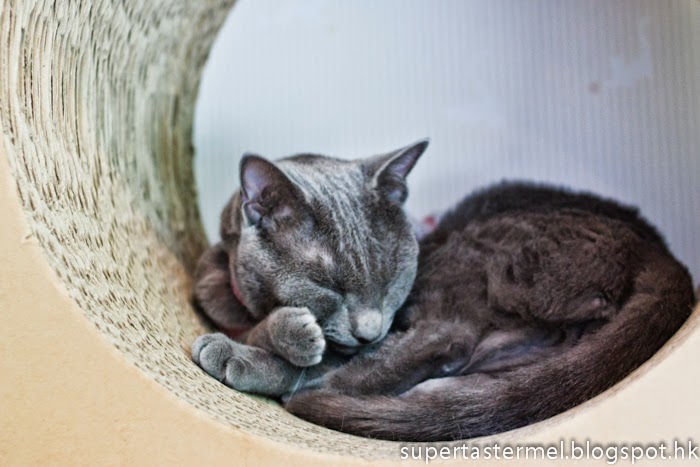 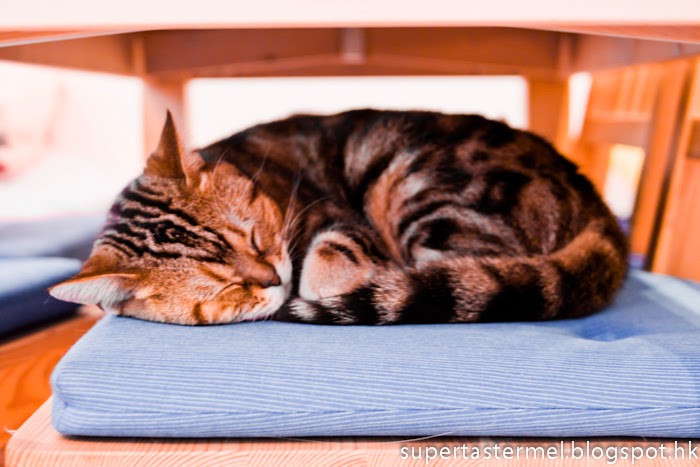 For the ones that were awake, we were instructed not to touch the ones with a collar on. No particular reason given but some cats just don't liked to be touched by strangers I guess. 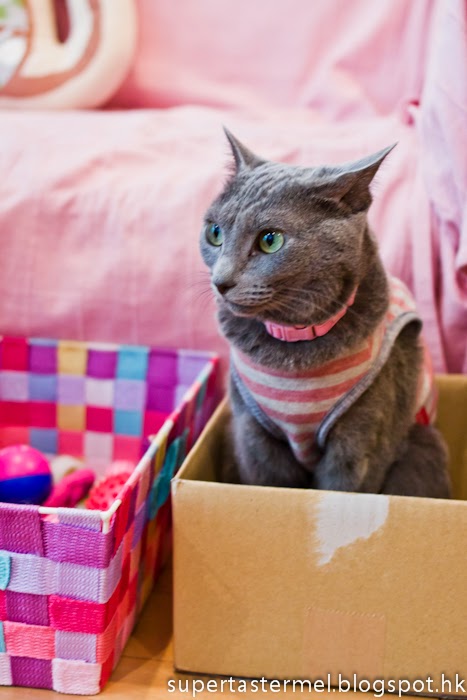 This cool cat was chilling with a "don't bother me" look. 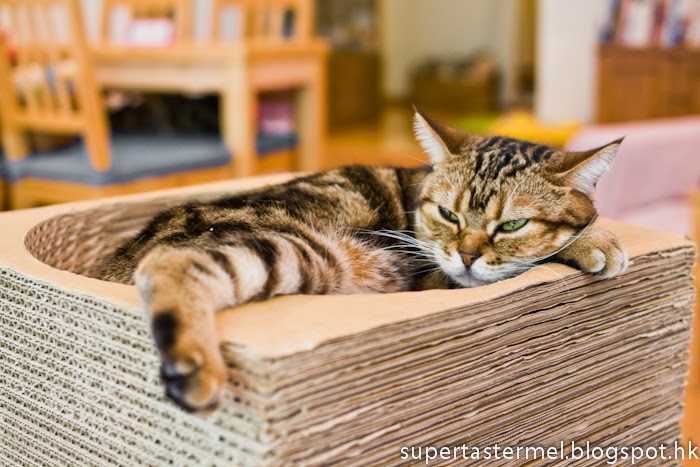 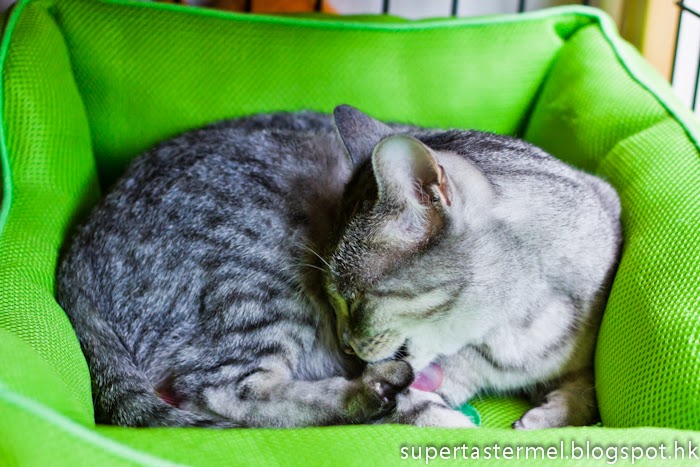 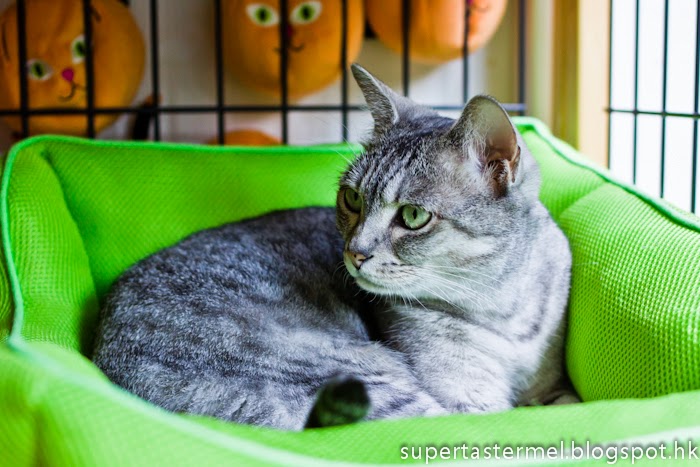 The only kitty that we felt was friendly enough to approach was this precious cutie name Putting. She (or at least I think it's a she) looks like such a princess with her beautiful coat of white fur! She begrudgingly let me pet her and ran off to a playhouse afterwards. 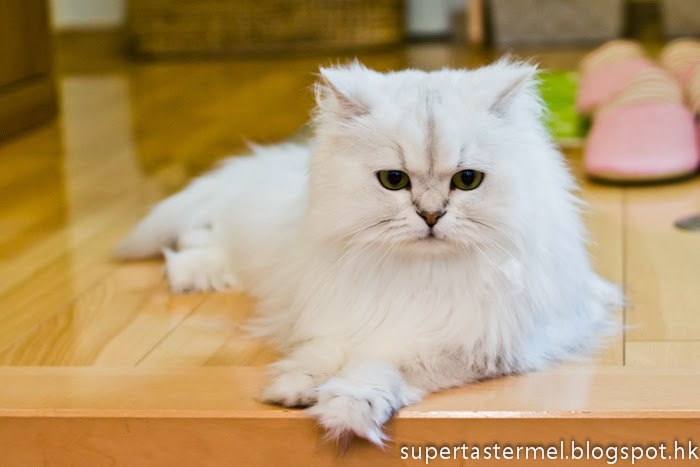 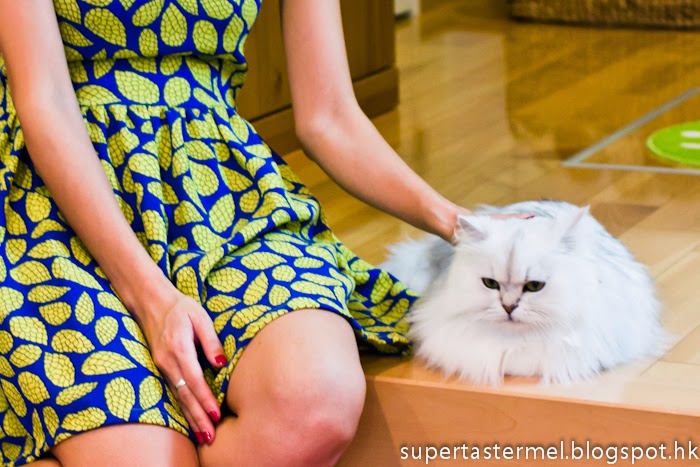 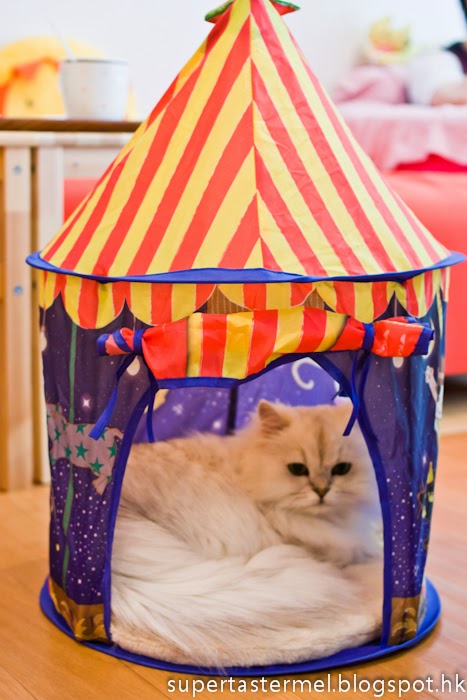 I was a bit disappointed that the cats weren't that friendly and that we didn't really get to play with the cats but they are unpredictable creatures and more often that not, they are the ones choosing you and not the other way around. It's still worth a visit if you haven't been to one and there were quite a few locals just chilling there and enjoying the company of the cats. It's like an escape - a sanctuary almost - from the hustle and bustle of Shibuya right outside the cafe.

Since we were in Shibuya, we decided to pop by Streamer Coffee Company - a coffee shop that J visited last time. Opened in 2010 by Hiroshi Sawada - the first Asian to become a world champion at the 2008 Free Pour Latte Art Championships, the coffee shop was full house on a weekday afternoon even though it was located a bit far way from the main part of Shibuya. 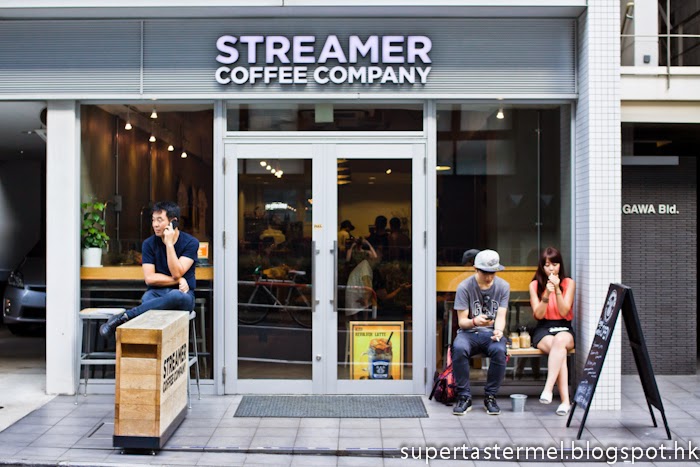 Once inside, I felt like I was back in the coffee shops that I frequented in Seattle and NYC. There were sofas, a big communal table and counter spaces for people to hang out and enjoy their coffees. Streamer had more of a urban street feel to it with skateboards decorating the cafe. No pictures allowed at the counter though where the baristas worked their magic. 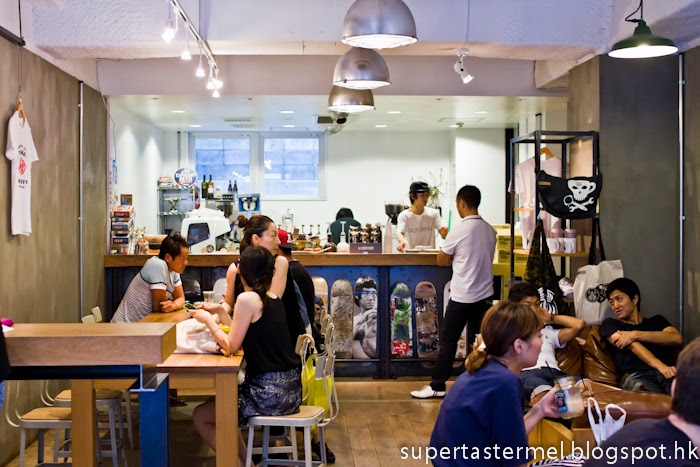 The most popular item on the menu is the Streamer latte served in a soup bowl sized mug. We ordered one even though it was really hot and we were already sweating from walking here. The latte art was gorgeous and exquisite in detail while the microfoam had a lot of structure and texture. Maybe it's because of the size of the mug but I thought the latte was a bit too milky while lacking in balance with the flavor of the expresso. It was probably also just too hot to fully appreciate this cup of joe. 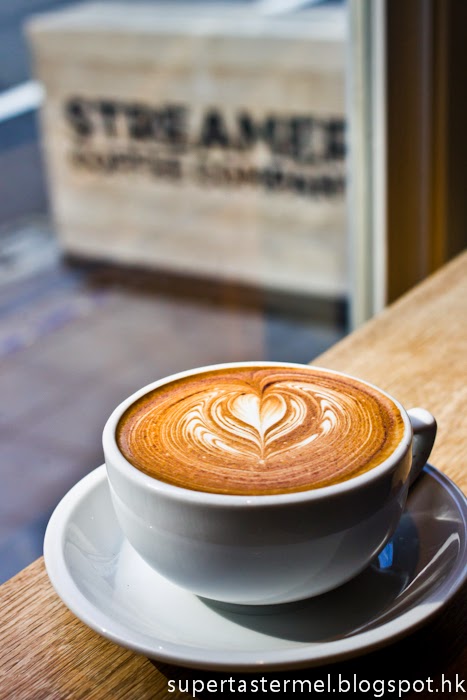 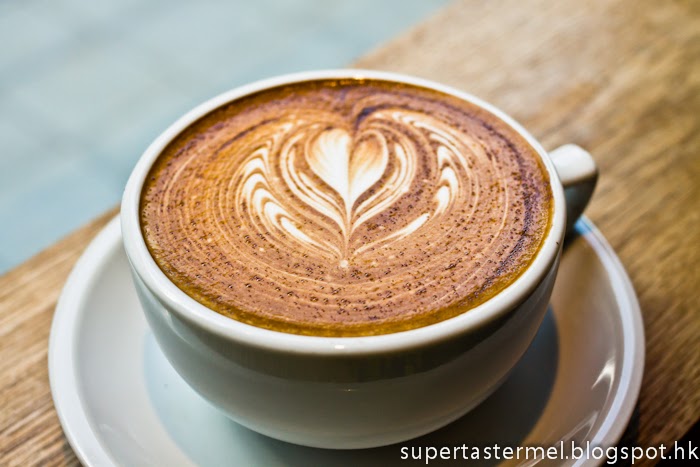 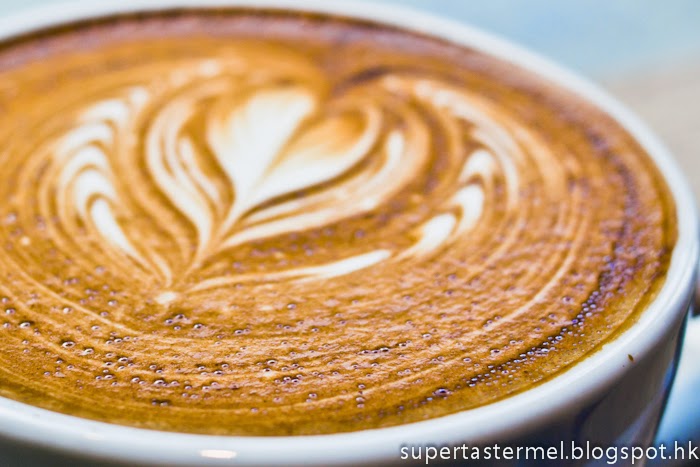 On the other hand, I loved this ice coffee with milk! It arrived pre-mixed and I love just the color contrast between the coffee and the milk. After mixing it up, the ice coffee was just slightly sweet and simply heavenly to drink. 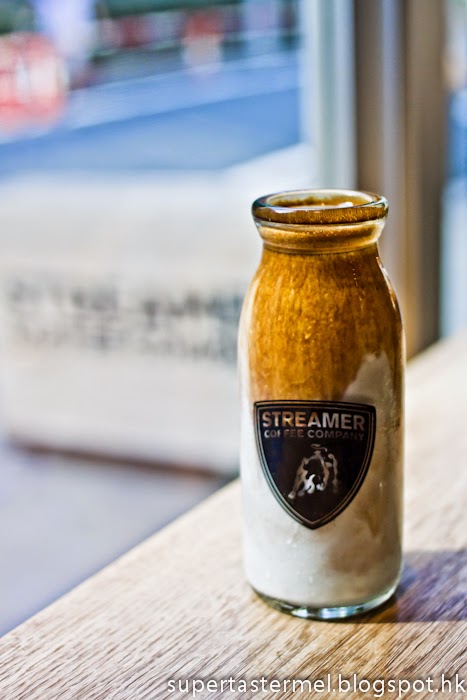 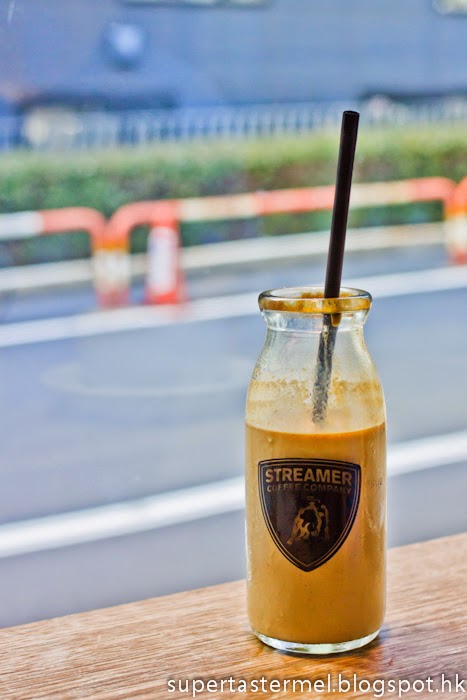 For die-hard fans of coffee, Streamer is definitely worth a visit!