For dinner, we went to Jige in Tsukiji to satisfy my desire to try the Maguro naka-ochi (eating tuna right off its bones) since the restaurant we went on Day 2 didn't have it. We actually saw this restaurant on a Japanese TV show before which is why we thought we would try our luck here. The restaurant was quite big with 2 levels and there's also another branch of this restaurant just down the street. 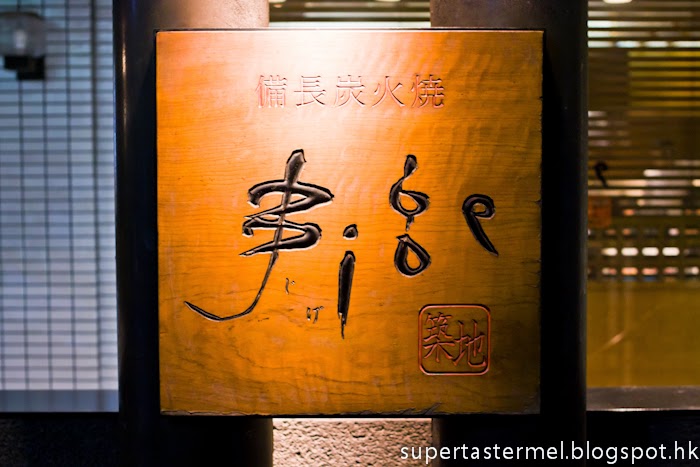 After we ordered, a shichirin (small charcoal grill) was brought out along with 2 free appetizers for us - grilled fish and squid. Both the fish and the squid were yummy - especially the squid as they had put wasabi salt on it which gave it a unique flavoring. 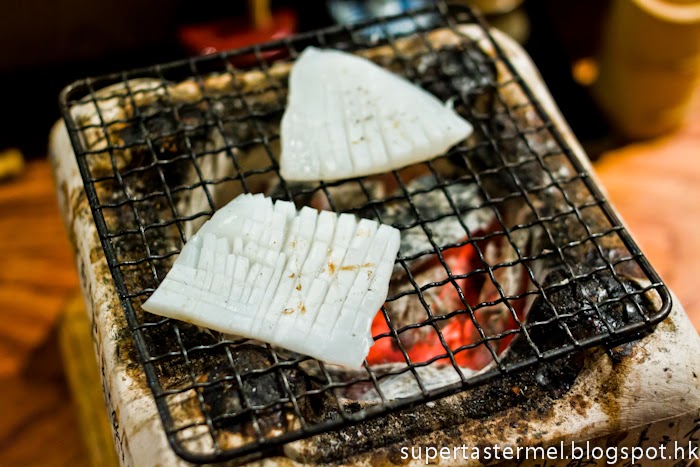 The star of the show came out next - the Maguro Naka-Ochi! This required advance reservation and everyone who was eating there probably had one on their table. It was so huge and looked so fresh with bright red flesh, which kind of made me feel like a savage eating it right off the bone. The way you eat the Maguro naka-ochi is with a seashell. Just use the edge of the shell to scrape off one long piece of tuna, dip it in soy sauce and enjoy! 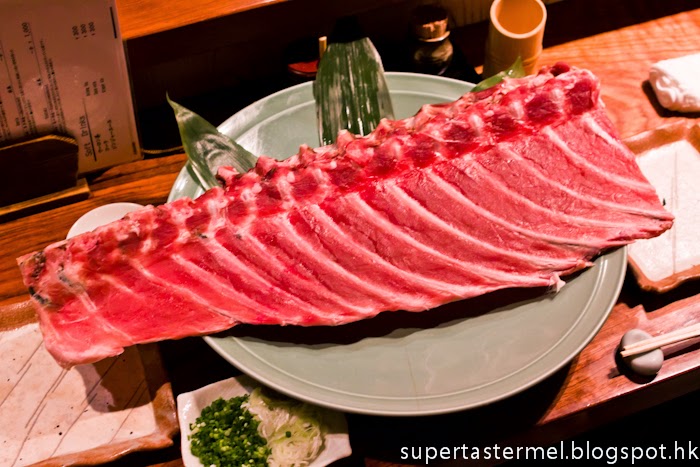 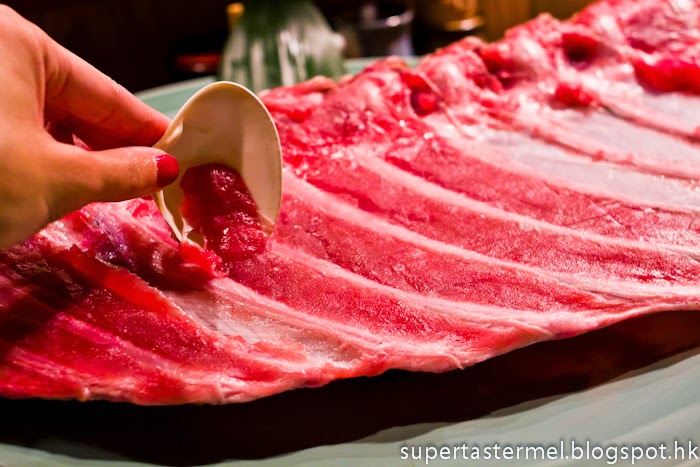 Look at my masterpiece! Ta-da! That was one fine piece of tuna.Seriously I think there's no better way to eat tuna than right off its bones. It was fun and oh so delicious! 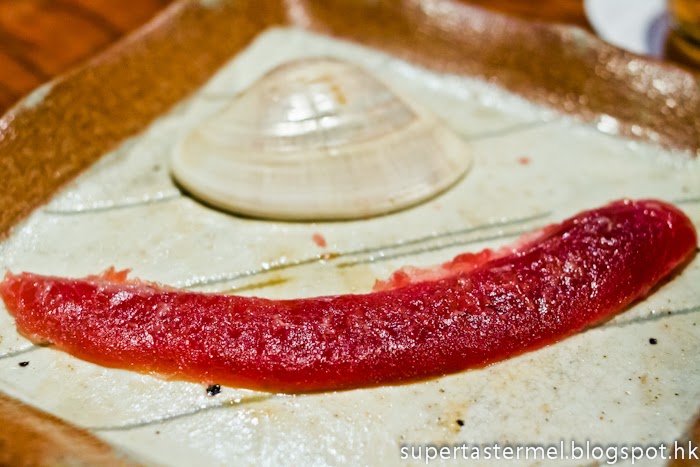 The portion of the boned tuna was huge - there's actually both sides of the bone to eat so after we finished one side, they offered to use the remaining tuna to make another dish for us. What they came back with was a tuna salad topped with a raw egg yolk. It actually reminded me of poke in Hawaii, a salad with raw fish, while the taste was similar too with a tangy finish from the sauces mixed in. 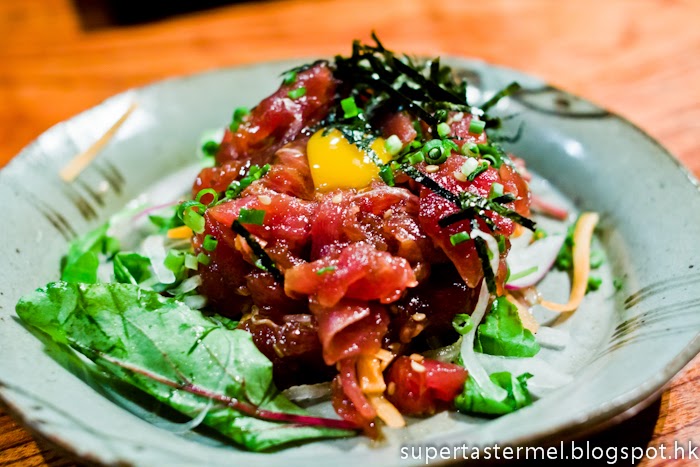 We also ordered the Maguro Hoho Sashimi, which was a Tuna cheek sashimi as we curious about it. It was a tad chewy while the flavor was not as fresh or delicate as the Maguro naka-ochi. 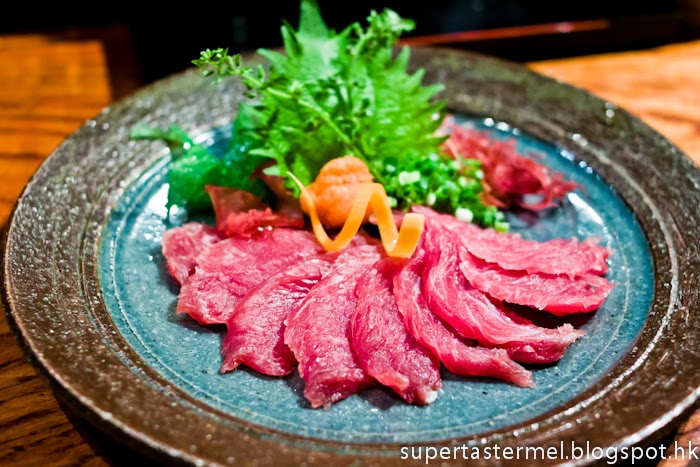 The Grilled Asparagus seemed to be a popular item here and it was huge! It was crunchy and juicy - no wonder it's a hit. 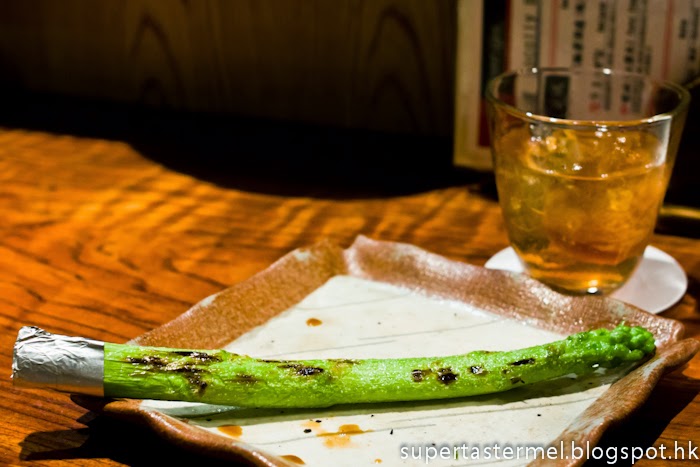 The Kyoto Maizuru Iwakaki is an oyster from the Maizuru city in the Kyoto prefecture. The oyster was as big as your hand and it was briny yet creamy. I can't say that I really liked it though as I tend to prefer smaller sized oysters. 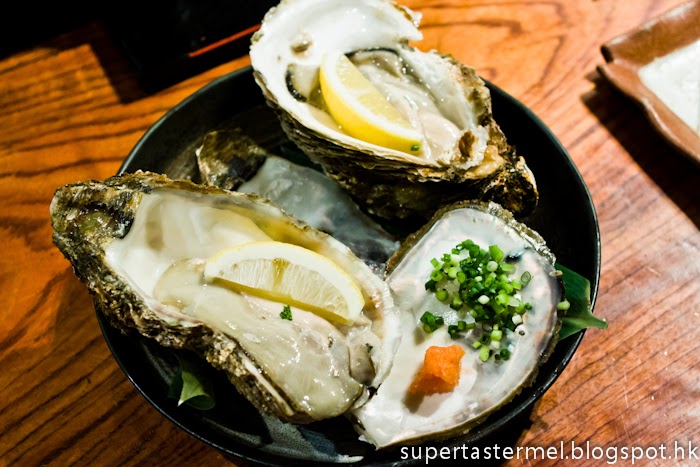 I love grilled scallops so I ordered the Hotategai Hama Yaki. I saw the chef grilled the scallops a bit first so it was brought out to us perfectly as the scallops were still half raw. Very sweet and very fresh. 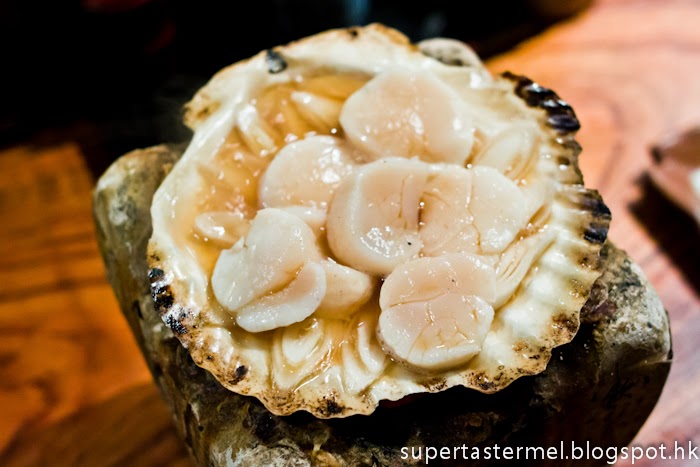 J really wanted to try the Uni Yaki Onigiri, a grilled rice ball with sea urchin, and it was the biggest uni onigiri I've ever seen! It was topped with so much uni while the onigiri had been nicely chargrilled with a crispy exterior. The onigiri was delightful to eat while the uni was just average in quality though and a bit fishy for my taste. 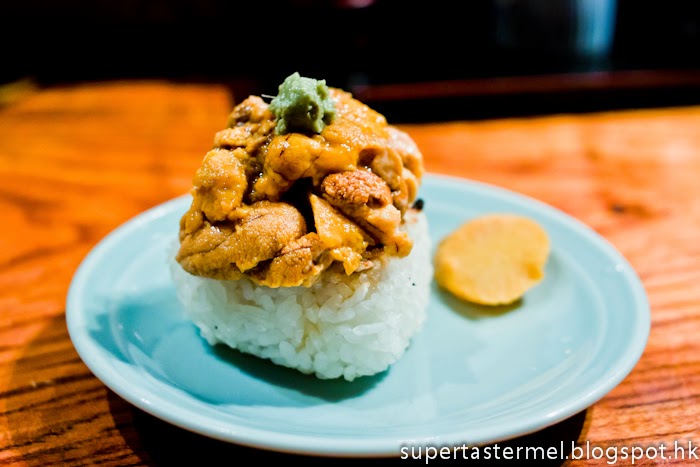 The prices were very reasonable for the quality of dishes that we had at Jige. Most dishes ranged from couple hundred yen to a few thousand yen. Even the Maguro naka-ochi was only ¥1500 for so much tuna! Jige is a must-try if you haven't tried the boned tuna yet!