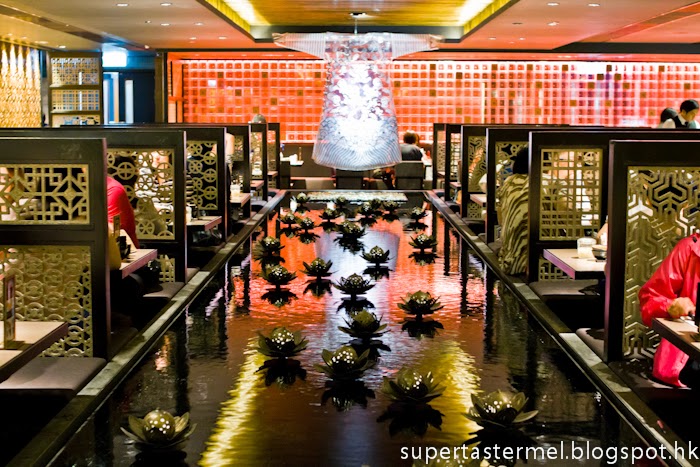 Paradise Dynasty is a restaurant chain from Singapore that is most famous for its colorful xiao long bao with branches already in Japan, Thailand, Malaysia and Indonesia. The first restaurant in Hong Kong opened in May this year and has recently launched a "Flavors of Singapore" concept menu for a limited time only until the end of October. I have been seeing pictures of the colorful xiao lung baos everywhere and was glad that I finally had the chance to try it out! Thanks to the restaurant for the invitation to try its signature dishes as well as the Singapore inspired menu. Located on 6/F of Lee Theatre, the restaurant was grand and expansive with a decadent and traditional decor, most notably, with a lotus flower pond in the middle of the restaurant and a translucent Emperor's dragon rope hanging over it. The seating was spacious and comfortable while the menu transcends across Chinese cuisines like Shanghainese and Szechuan for example. 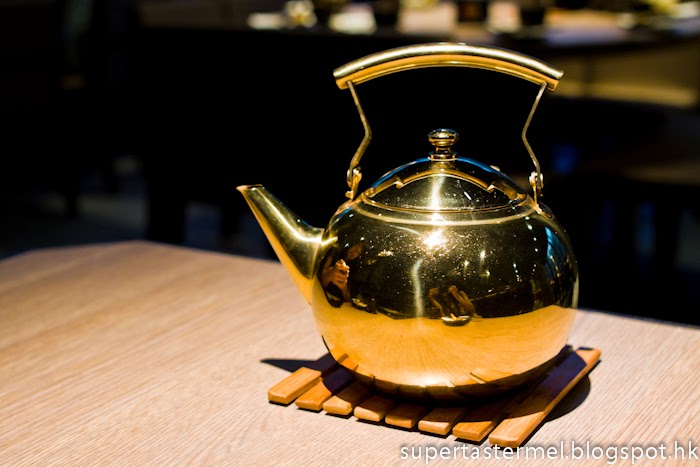 Signature Dynasty Xiao Long Bao ($88/8 pcs) - we started off the night with the Signature Dynasty Xiao Long Bao representing eight different flavors! We were instructed to eat in the following order starting from the mildest to stronger flavor - Original, Ginseng, Foie Gras, Black Truffle, Crab Roe, Cheese, Garlic, and Szechuan. The colors of the xiao long bao were amazingly colorful and shimmery even. Some of the skin was a bit thicker than others while the flavors on the whole were creative and intriguing. My favorites were Foie Gras, Black Truffle and Szechuan as the flavors actually came through in taste and well integrated into the fillings and broth. [4/5] 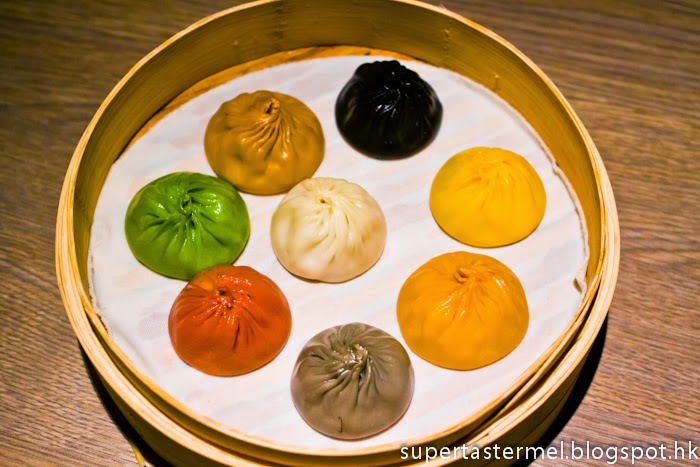 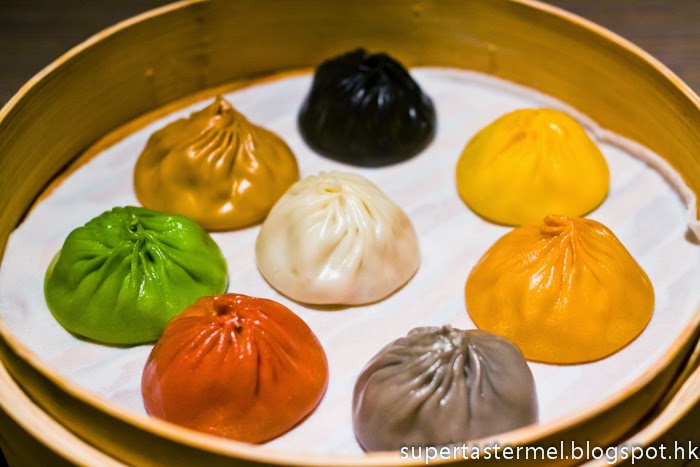 Lettuce Roll with Homemade Sesame Sauce ($48) - the lettuce leafs were wrapped with a piece of cucumber while the sesame sauce reminded me of the Japanese sesame dressing. While this was a relatively simple dish, I liked it as it was like eating salad in a different way. [3.5/5] 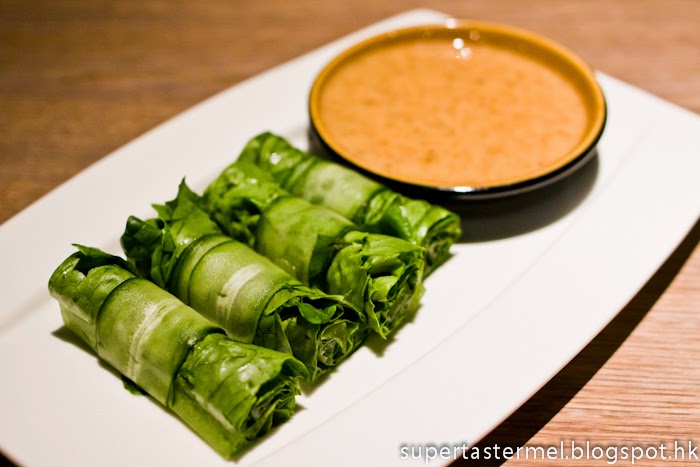 Chilled Jellyfish and Seafood in Vinaigrette ($68) - this dish is perfect to eat in the summer as it is a cold appetizer with tangy flavors. I have always loved eating jellyfish while the cucumber noodles were a refreshing addition as well. I'm not sure about the seafood though and I think the dish could have done without it. [3/5] 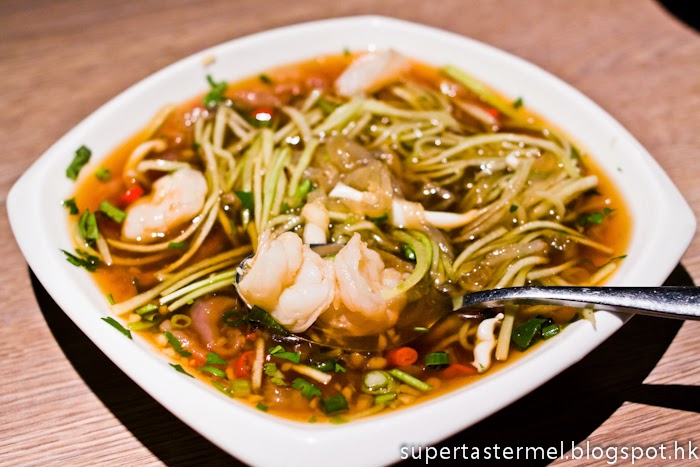 Radish Pastry ($34/3 pcs) - I was impressed with the pastry shell as it was buttery soft and crispy while the radish filling was satisfying to eat. [4/5] 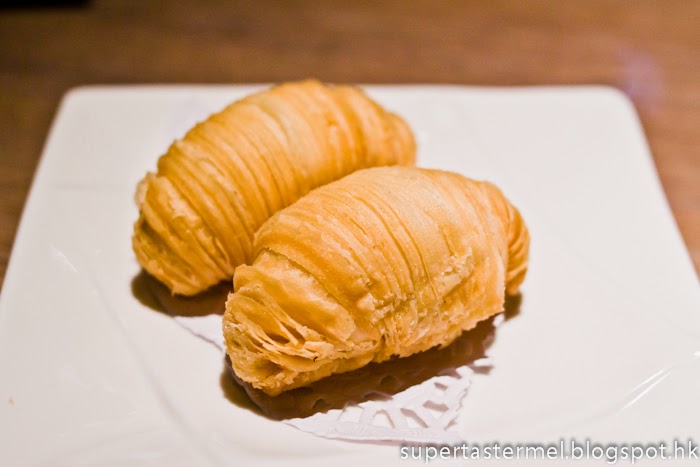 Scrambled Egg White with Crab and Dried Scallop ($72) - we were told not to mix the egg yolk with the rest of the dish as the content will become watery but instead to break the yolk and drizzle it over the rest of the dish to eat. The egg white was very flavorful and soft while the crab flavor was too faint to detect. [3.5/5] 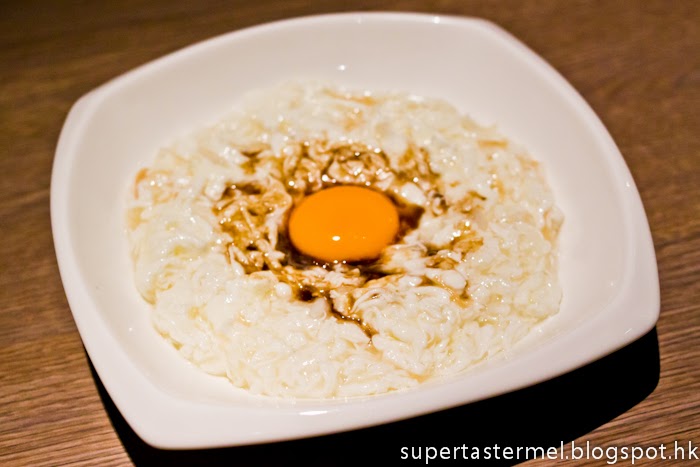 Tofu in Chili Crab Meat Sauce ($68) - the first dish on the Singaporean inspired menu is chilled appetizer with tofu covered crab meat sauce. The sweet and spicy sauce was refreshing in taste while the tofu was baby soft. [3.5/5] 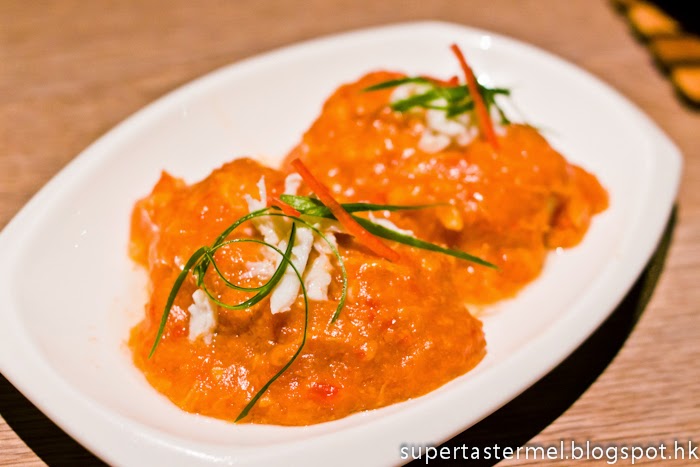 Crisp-fried Prawns with Wasabi Mayonnaise Dressing ($118) - this was my favorite dish of the night as the wasabi mayonnaise dressing was delicately balanced with a hint of wasabi flavor so it was not overly spicy yet still detectable. Highly recommend this dish! [5/5] 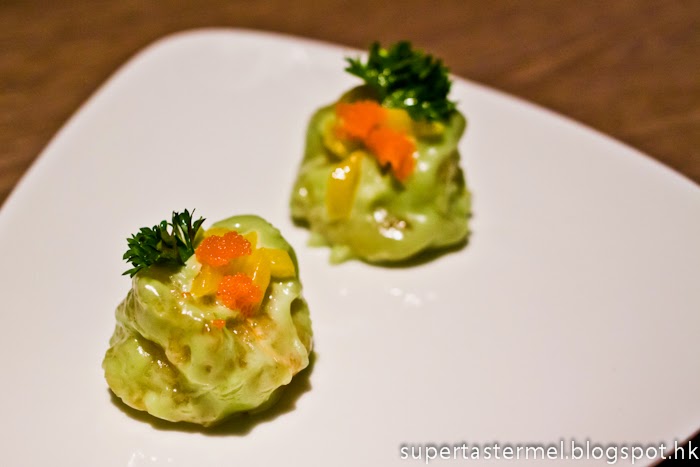 Coffee Pork Ribs ($68) - the coffee pork ribs was another highlight of the meal as the flavor of coffee was evidently strong in the sauce and tasted wonderful too! I felt that the sauce could be used in both savory and sweet dishes as the coffee flavors were very well-balanced. [4.5/5] 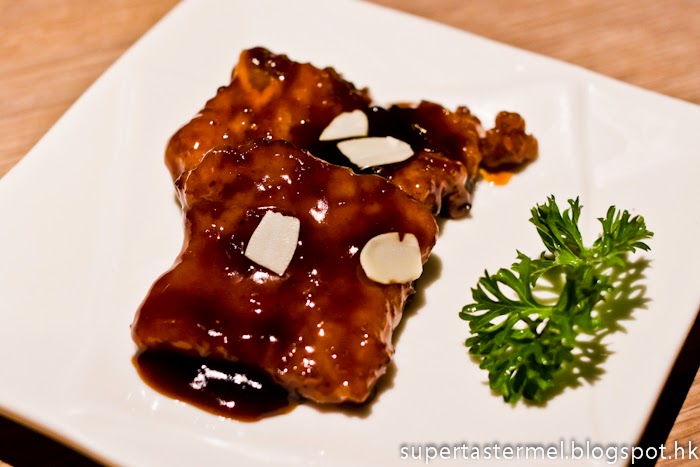 Laksa La Mian with Seafood ($78) - laksa with a twist as it is served with la mian instead of the usual noodles! The la mian is famous here as it is freshly made on the spot everyday. The laksa broth was quite solid as it was fragrant and spicy while the noodles were of high quality. [4/5] 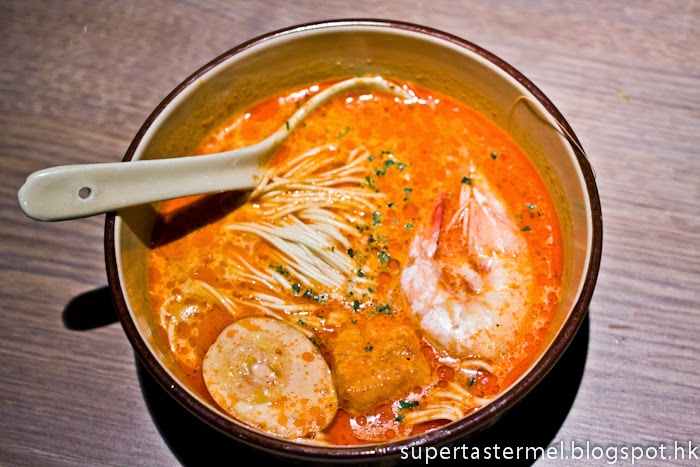 Chilled Aloe Vera and Osmanthus Jelly in Honey Lemon Juice ($26) - finally we ended the night with a dessert using one of my favorite things to eat which is aloe vera! The pairing with the osmanthus jelly and honey lemon juice was perfect as the dessert was not too sweet and actually quite refreshing. [4.5/5] 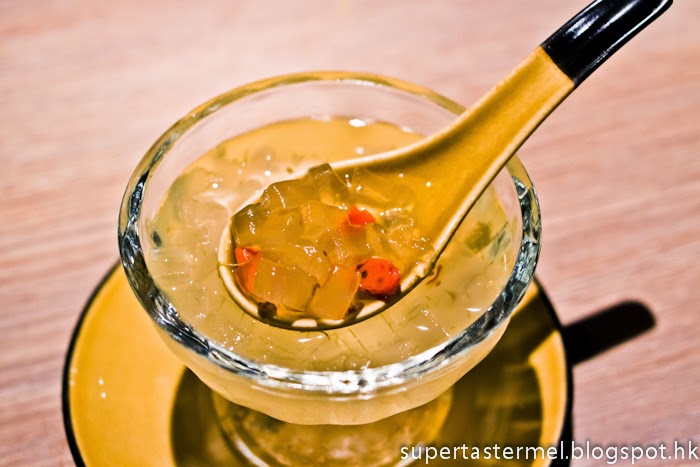