Being from San Francisco where you can get good pho basically everywhere, it can be pretty frustrating trying to find something that can even compare in Hong Kong. But finally we get a legitimate pho place with BÊP Vietnamese Kitchen in Soho - launched by the same group behind Nha Trang! Personally I think the pho at Nha Trang is just average at best but I've been seeing pretty good reviews for BEP so I decided to try it for myself. 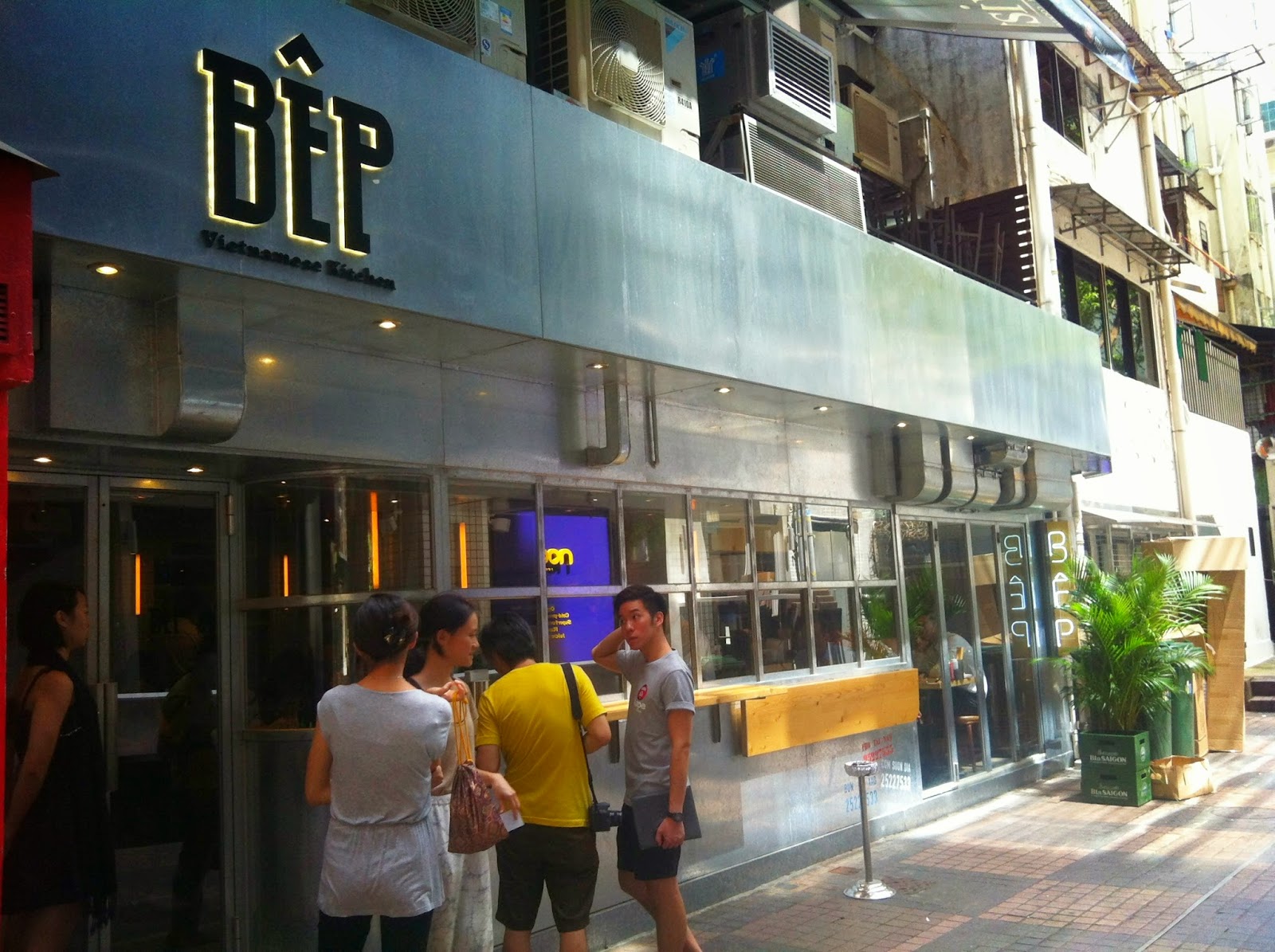 The menu has many standard Vietnamese appetizers and dishes but I basically just zeroed in on the pho because I really wanted to find a place where I can satisfy my pho craving. The pho selection was pretty basic with choices like different types of beef and beef balls but I wonder if you can get a combination since I like everything to be in my pho like brisket, tripe, and tendon for example. 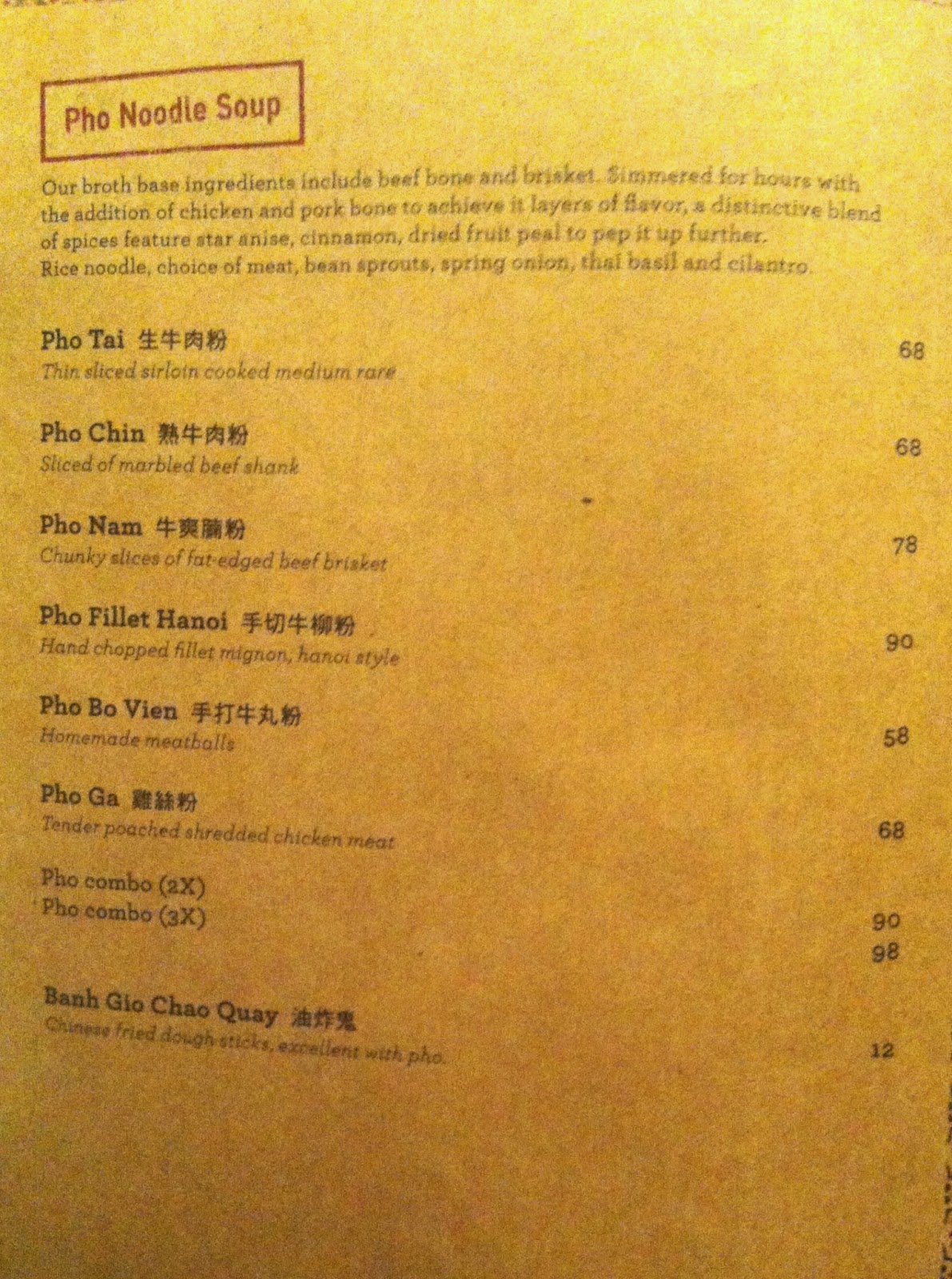 For lunch you can get a pretty good deal with their 2 course lunch set including an appetizer and main for $88 plus 10% service charge which was what I ended up getting. 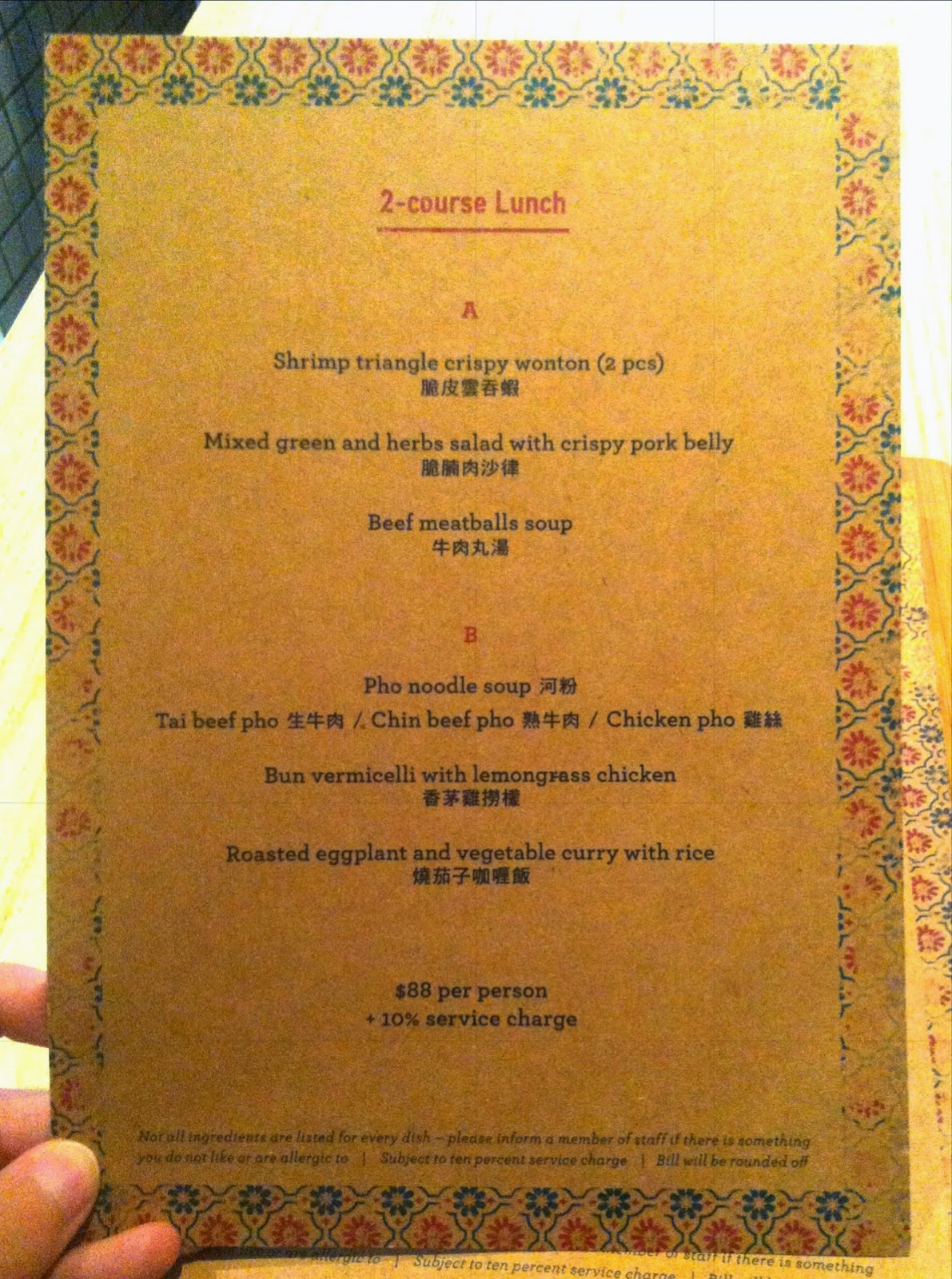 Mixed Green and Herbs Salad with Crispy Pork Belly (4/5) - the pork belly was surprisingly very crispy while nicely charred and didn't feel fatty at all - although it would have been nice if it was served hot instead of room temperature. The salad was mixed thoroughly with a tart and tangy sauce which was very appetizing to eat. 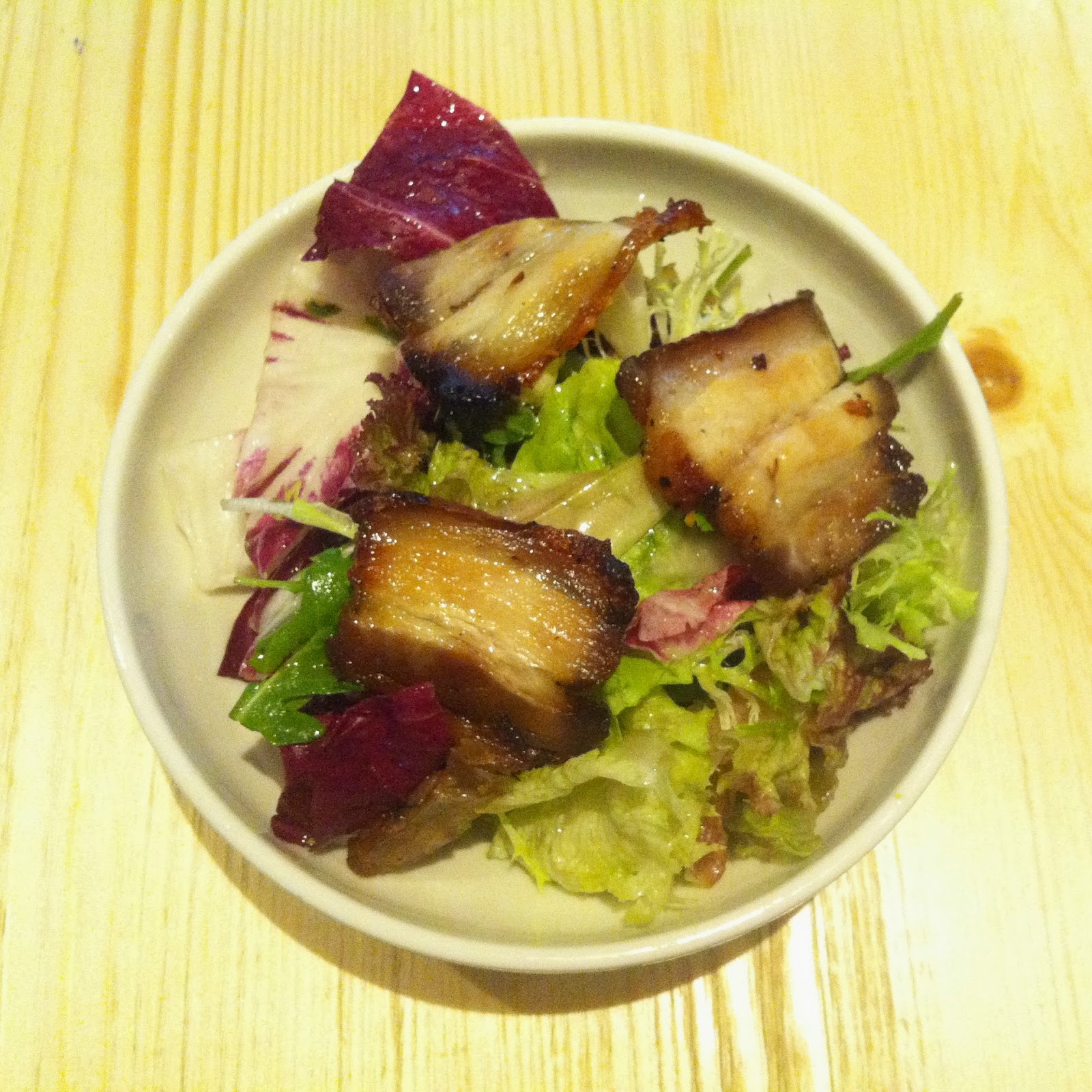 Pho Tai (4.5/5) - the first thing I did was taste the broth and it tasted just like the ones in SF! Simmered for hours with beef, chicken and pork bones along with various spices, the hot beefy broth had layers of rich flavors while the rice noodles were slippery but firm. And yes they used the right kind of rice noodles too and not the other flatter and softer kind at most other pho places in HK. The thinly sliced medium rare sirloin was soft yet flavorful - perfect for eating with my mix of sriracha and sweet sauce. I eagerly slurped everything up even though it was really hot and humid outside. 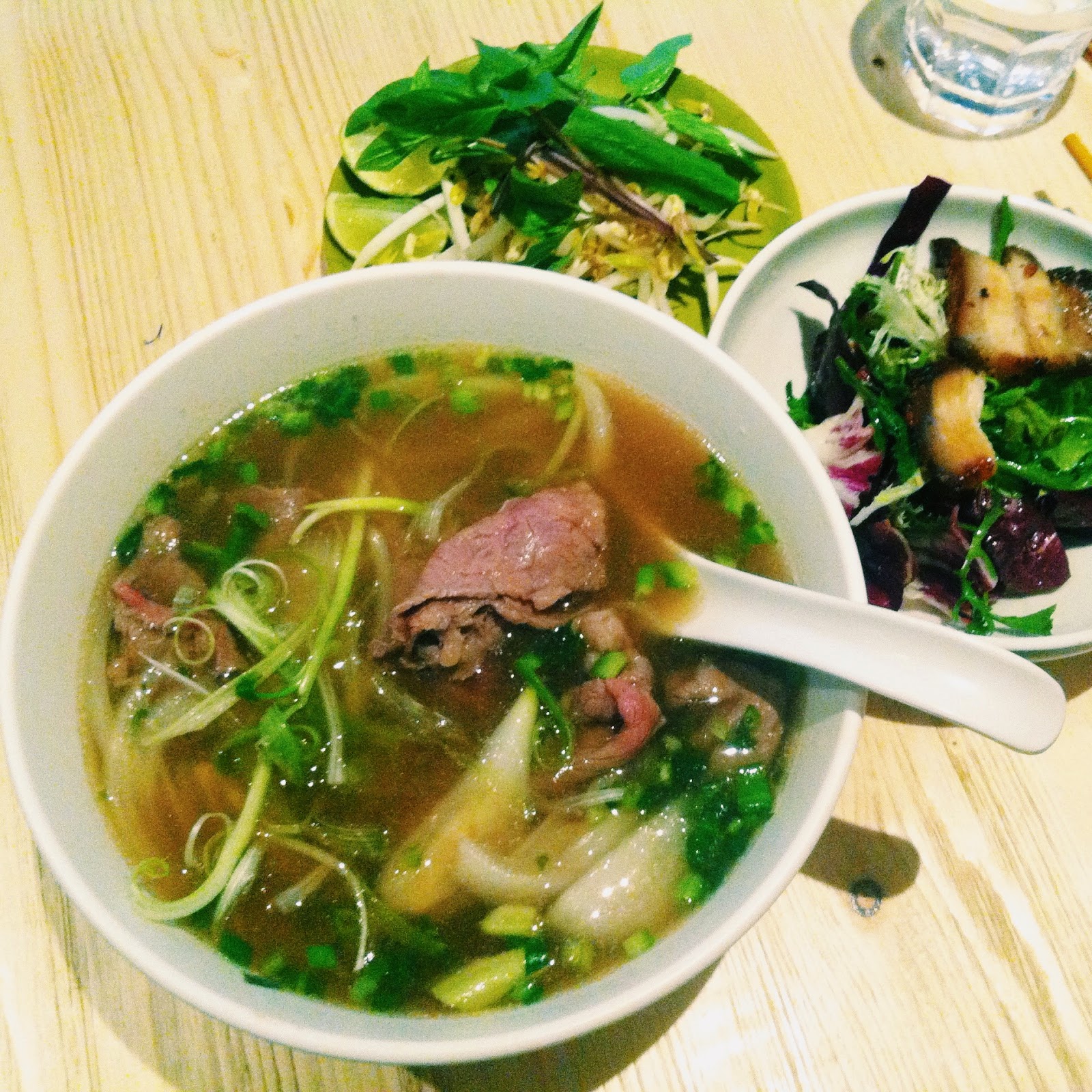 Verdict - definitely a place worth of a second visit to try their other dishes and now I know where I can satisfy my pho cravings from now on in Hong Kong!