With so many Korean BBQ restaurants opening in Hong Kong, it can be hard to differentiate and stand out but BBQ 7080 may have found a way by offering full service where the staff will help you barbecue your food unlike most other BBQ places. This can come in handy especially when we are unfamiliar with how to cook some of the more delicate items on the menu. With quite a few branches around Hong Kong, the restaurant we visited in Mong Kok was brightly lit with great ventilation and chairs made of metal buckets where you can actually put your jackets in without worrying about stinking it up. I came here with 2 other people so we ordered quite a few dishes to try. 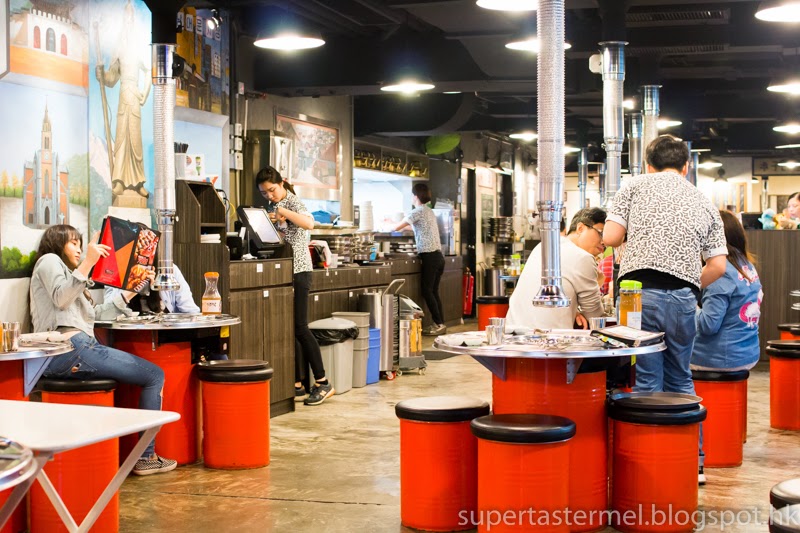 Like most Korean BBQ places, there's a ventilation pipe directly above the grill to suck up the smoke from the food. Our table with the grill was a bit too small though and all of our dishes came almost at once so it could not hold all of our food. Luckily we had a table behind us where we can move some of the dishes to. 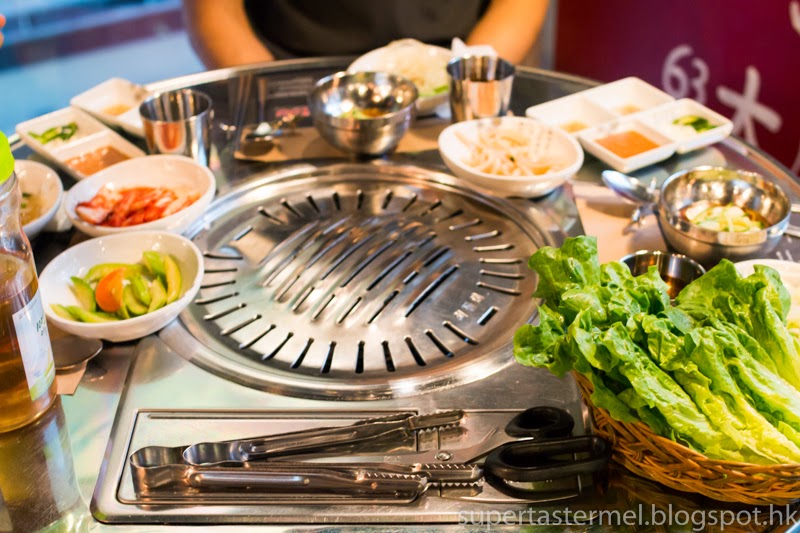 Yakult Makokli Cocktails ($118/Jug) - with different fruity flavors to choose from, this cocktail was refreshing to drink with the food. It wasn't too strong in alcohol and tasted just like yakult to be honest. 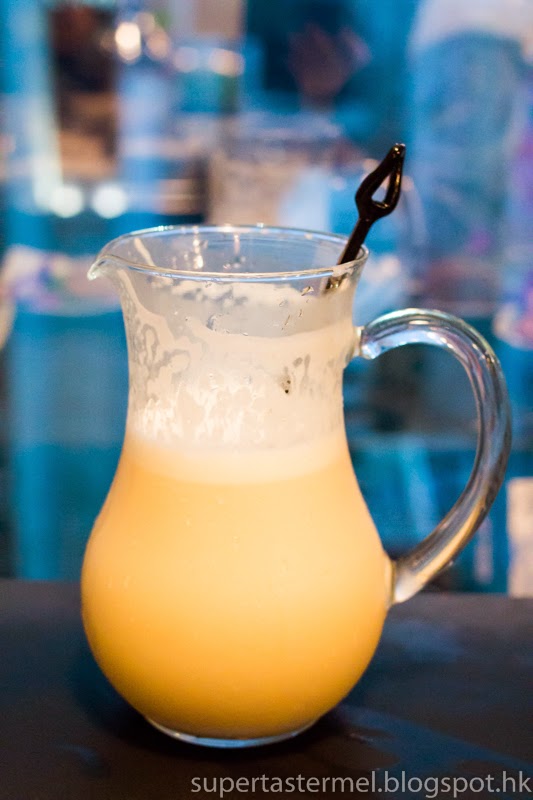 Grilled Pork Rinds ($78/150g) - my first time barbecuing pork skin and I love it! The skin had a slightly chewy mouthfeel but not overly fatty. Yellow bean powder was provided as a dipping to counter the oilyness. 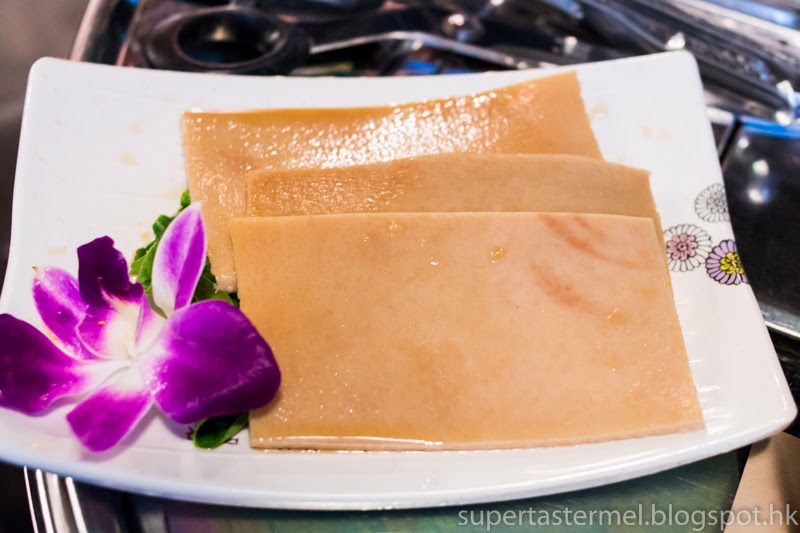 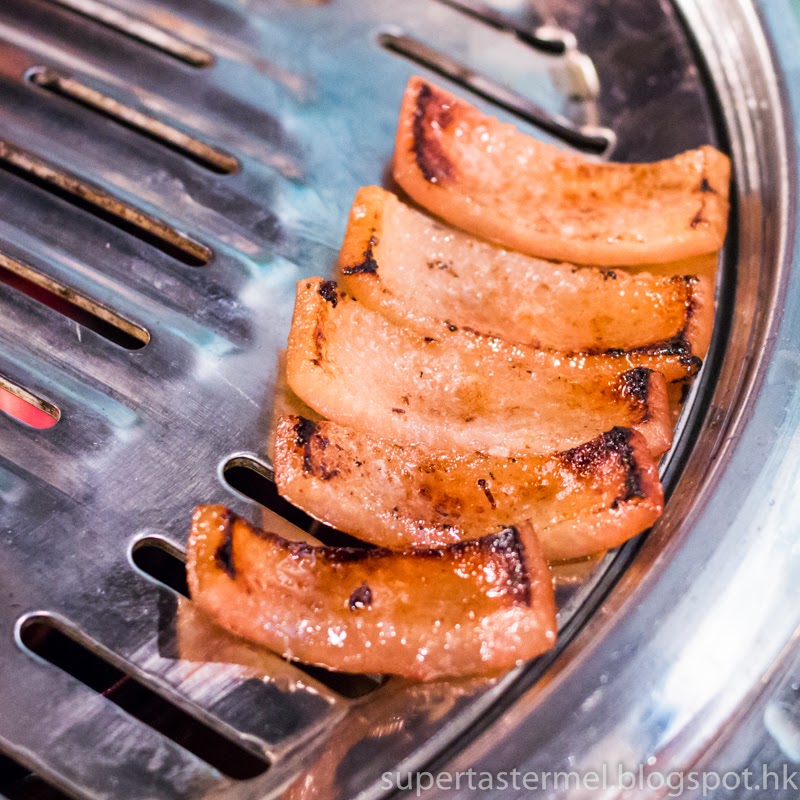 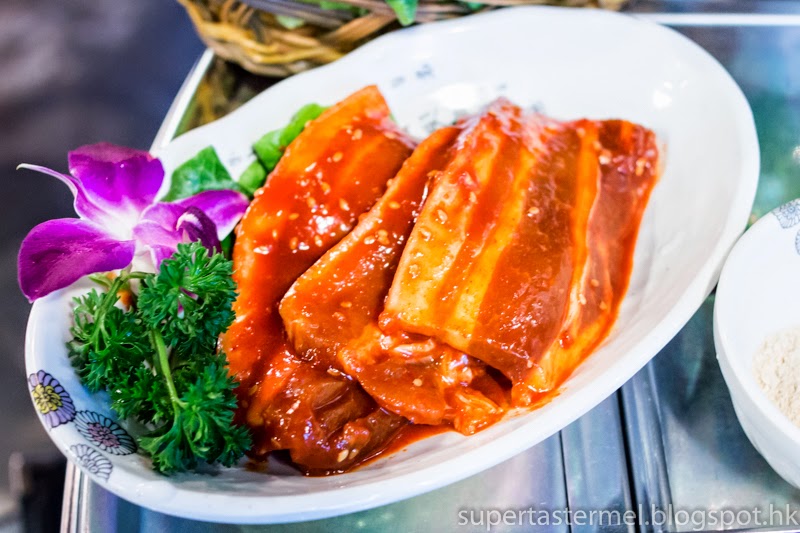 Beef Short Ribs ($198/350g) - my favorite item to get at Korean BBQ and this did not disappoint. The meat was already marinated so it was sweet while juicy and succulent. 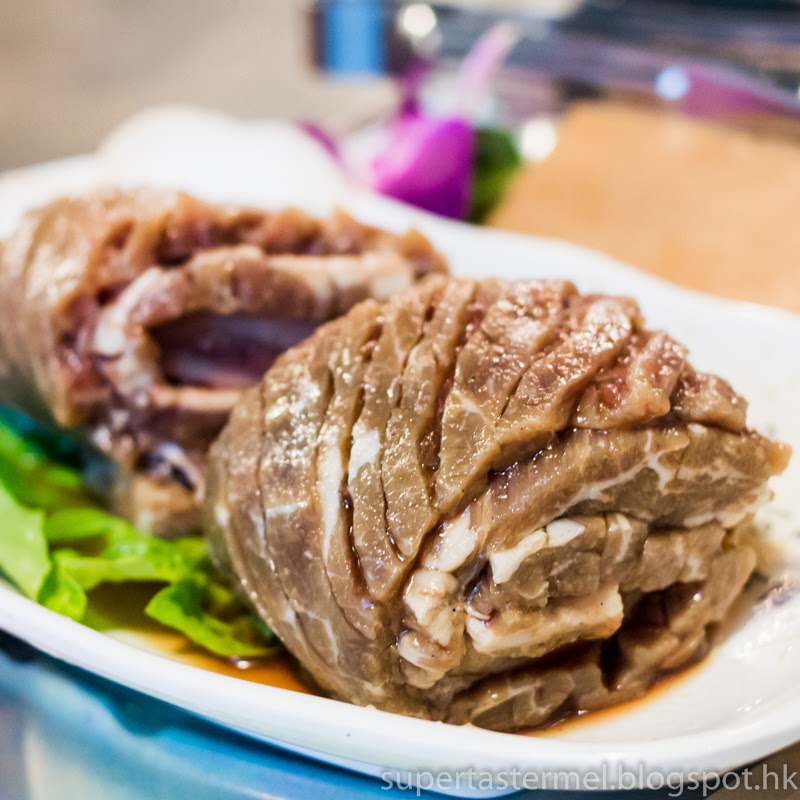 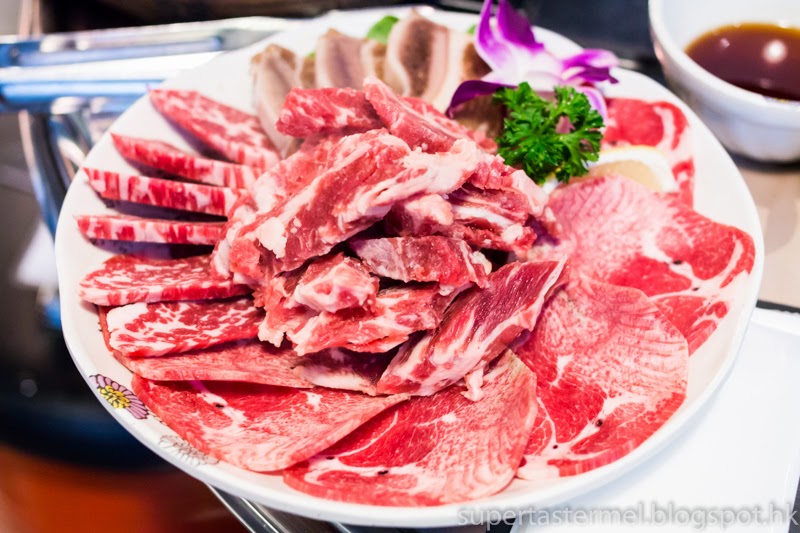 Ox Tongue ($108/100g) - we accidentally ordered this without realizing that the combo already had ox tongue but the ox tongue was pretty food so we didn't mind more of it. It's not that thick though so don't expect the same mouthfeel that you get at yakitori places. 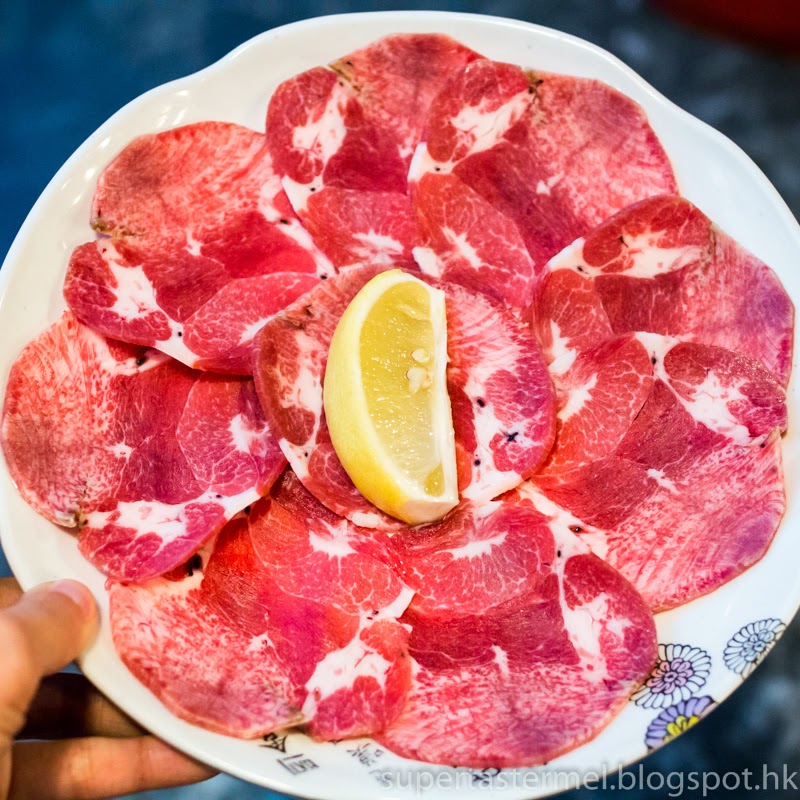 Scallops ($158/6 pcs) - the scallops were huge, fresh and sweet! They were cooked on the grill in its own juices and we only cooked them till they were browned on the outside but still raw in the middle for the best texture. 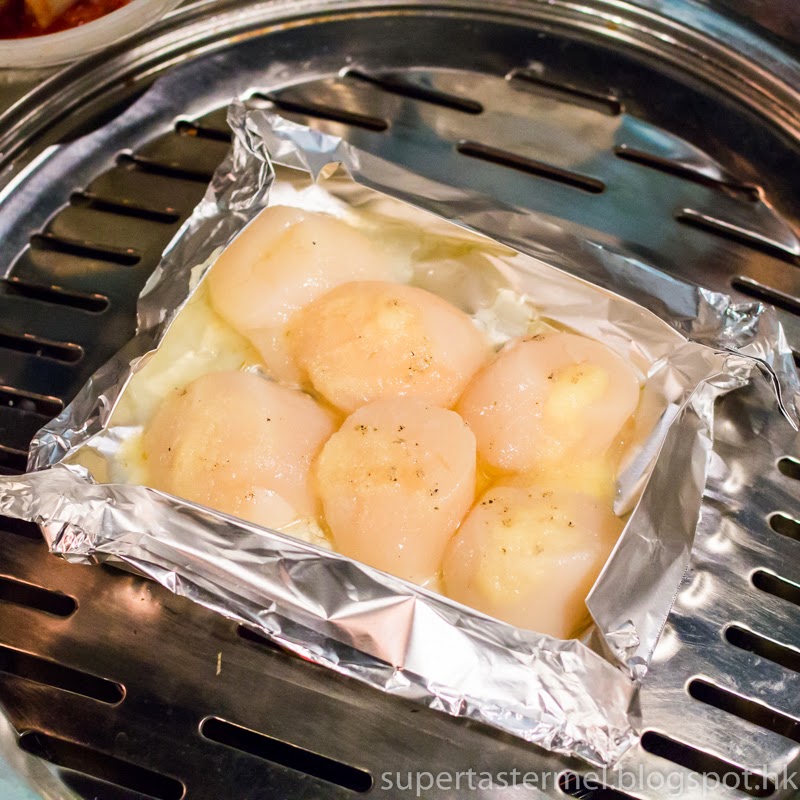 Korean-Style Grilled Eel ($178/200g) - this was a bit disappointing as the eel wasn't that flavorful with too many small bones inside. They have another variation where the eel is cooked already like the Japanese version so maybe that will be better. 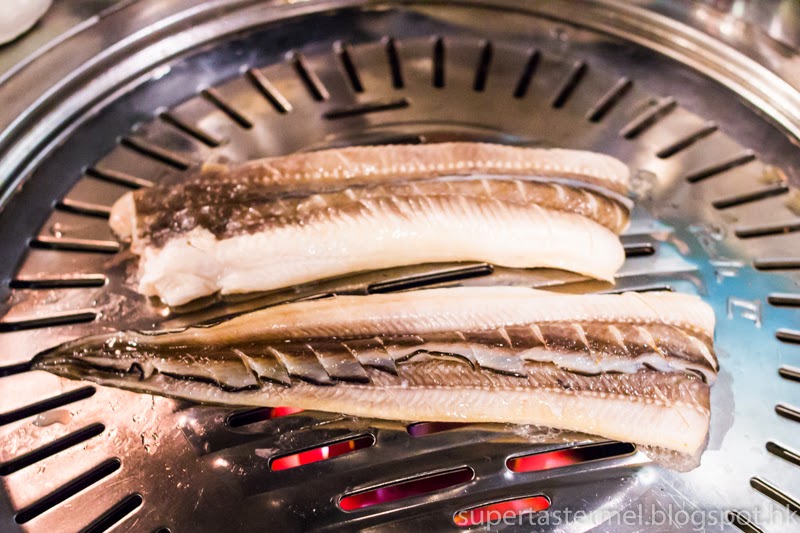 Kimchi Pancake ($68) - we also got some cooked food and the pancake here was awesome with a crunchy top. 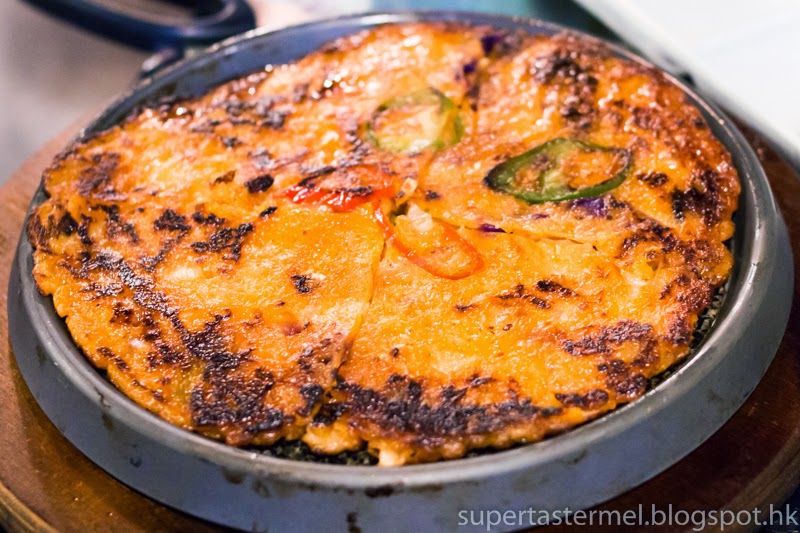 At the end of our meal, we tried this mint capsule that is placed on every table. You are not supposed to chew it but rather take it like a aspirin with water and it will refresh your breath from within your stomach! It was pretty interesting as I felt a minty sensation in the middle of my chest right after I swallowed the pills which lasted quite a while. I think it does really work in refreshing your breath because I found myself burping minty air after the pills (oops)! 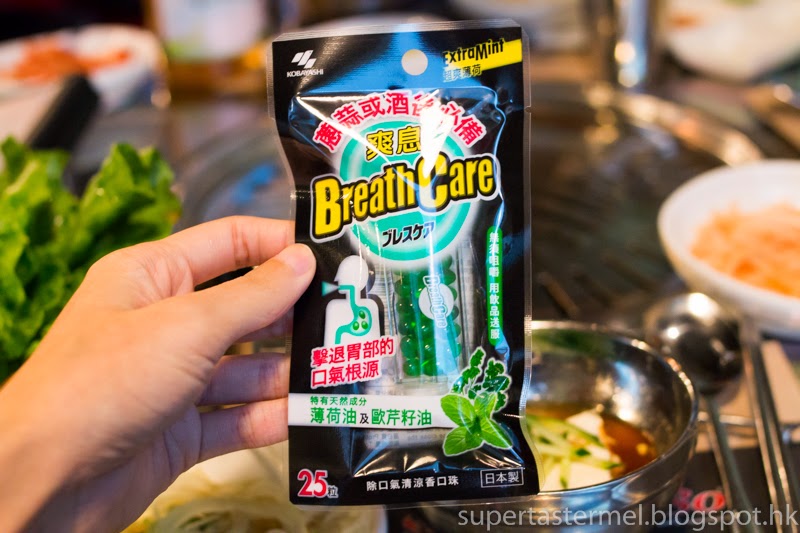