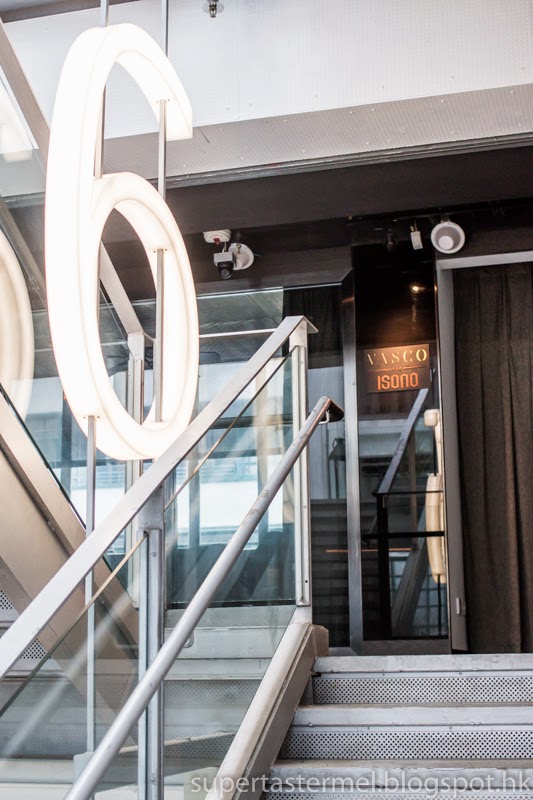 One of the two restaurants located in PMQ from Drawing Room Concepts, Isono Eatery & Bar is the more casual and easygoing sibling which serves bold Mediterranean dishes made for sharing with friends. I came here for Restaurant Week lunch which costs $198 for 3 courses which I later find out actually costs more than their regular lunch menu ($159 for 2 courses/$189 for 3 courses). The difference isn't a lot but I thought the whole point of Restaurant Week is to encourage diners to try different restaurants around the city at a discount! I mean at least that's the point of Restaurant Week in the US and in Hong Kong, it seems to be the opposite as I had the same experience with RW in previous years which was why I wasn't going to go this year but since my friend wanted to try it for our scheduled lunch, I went along. 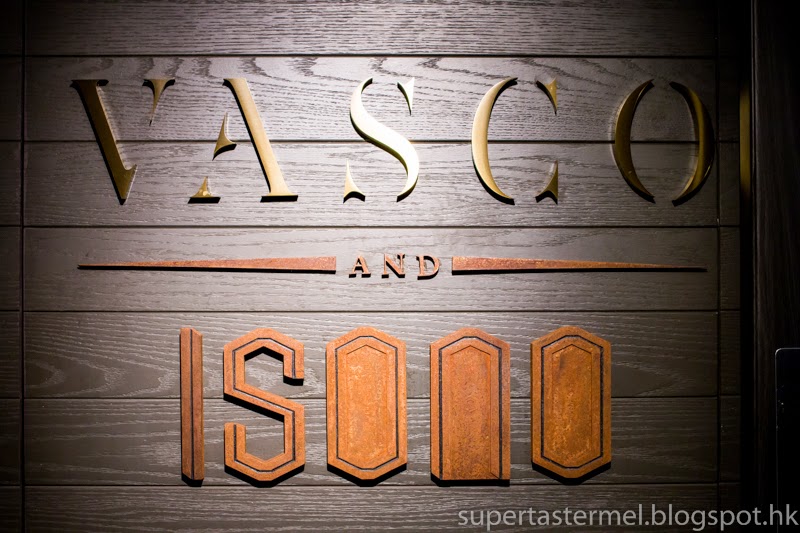 The elevator takes you to the 6/F which is where Isono is located while Vasco is connected by a flight of stairs. I quite liked the industrial chic decor at Isono complete with metal beams, hanging lights and wooden furniture while high ceilings and windows let in vast amount of natural light during the day. I also noticed quite a few private dining rooms available as well. 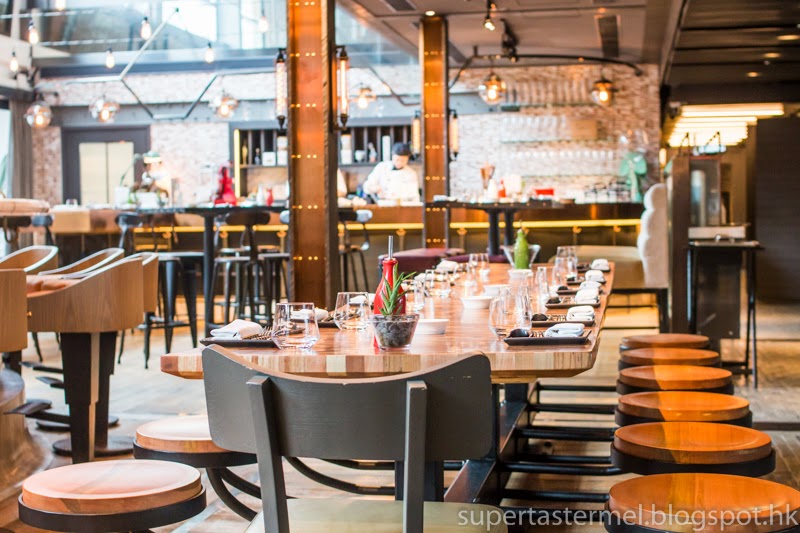 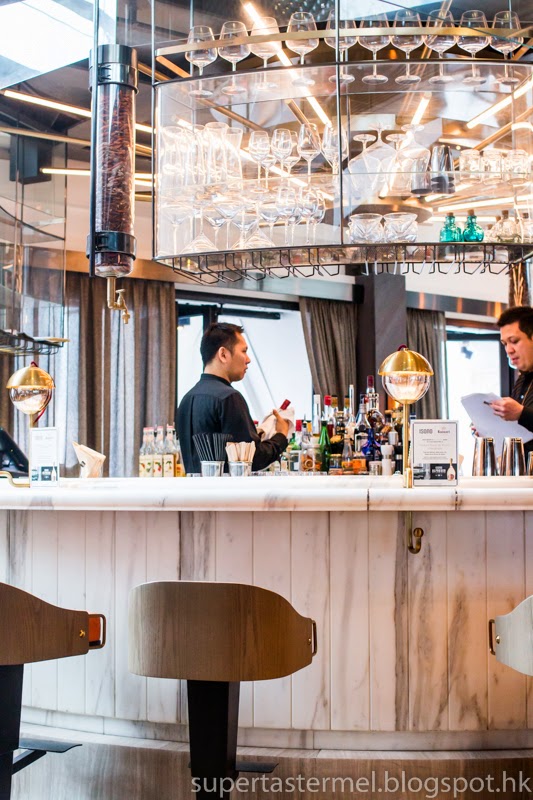 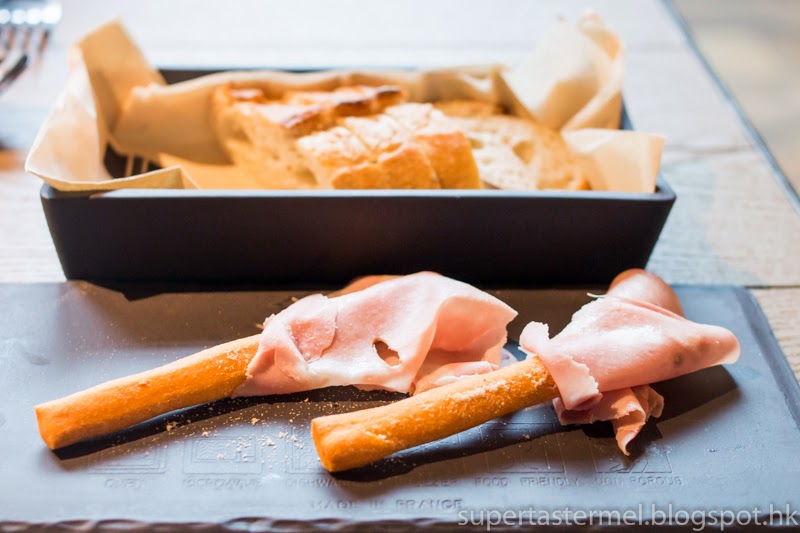 Beef Tartare with Organic Egg & Truffle Mayonnaise - I have a weak spot for beef tartare so I have to get it since it was one the menu! The beef was fresh and chunky enough but even after the mayo, it could have used more seasoning to spiced up the flavors as it was quite bland at the moment - definitely could have used more mustard. 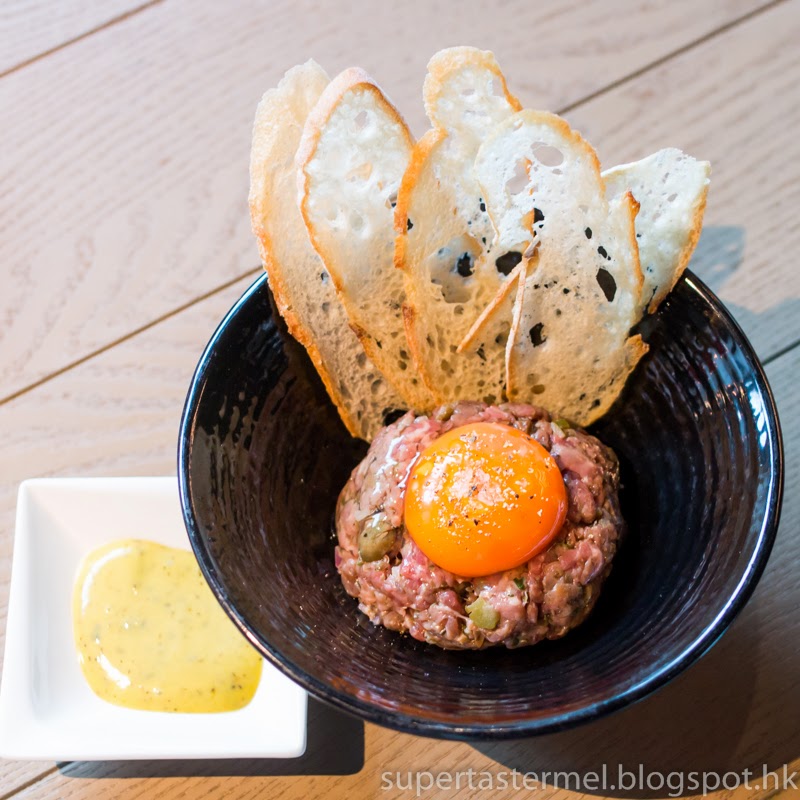 Half Spring Chicken with Baby Bell Peppers & Espelette - I actually ordered the pasta option at first and after seeing someone else having this, I switched my order because the chicken looked really good! I liked how perfectly browned the chicken was on the outside but the white meat was quite lean and tough while, again like the beef tartare, the chicken could have used more seasoning. This could have been so much better with just a drizzle of sauce or something else to provide an extra kick in flavor as the flavors were quite one dimensional. Marsala Tiramisu with Chocolate Crumble - the tiramisu was rather interesting as it contained a layer of sea salt which provided a contrasting texture and flavor to the sweet dessert. I liked it at first but the saltiness became overwhelming as there was too much of it which took away from the rest of the flavors. 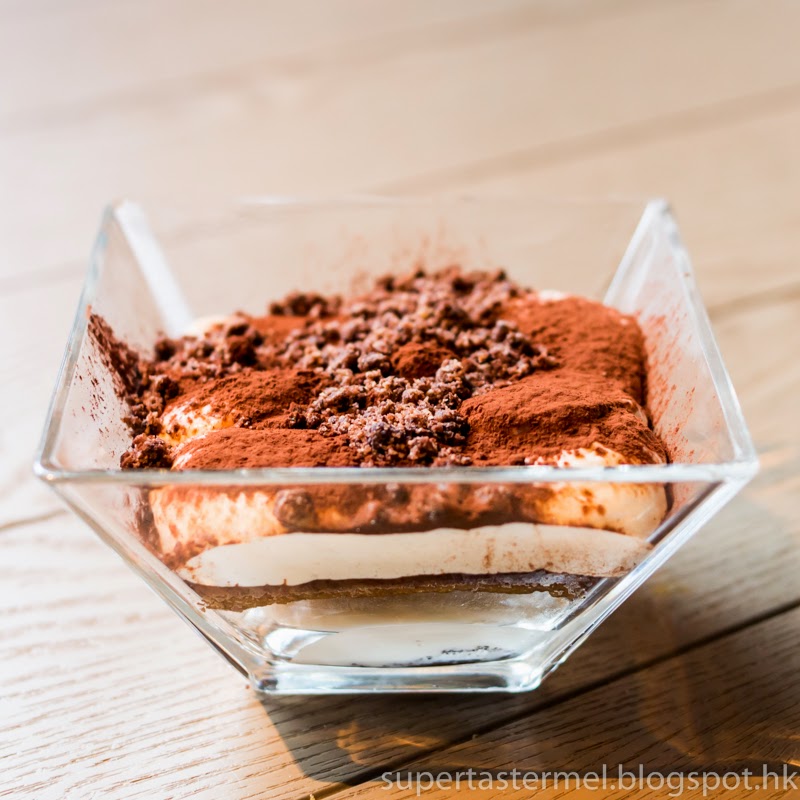 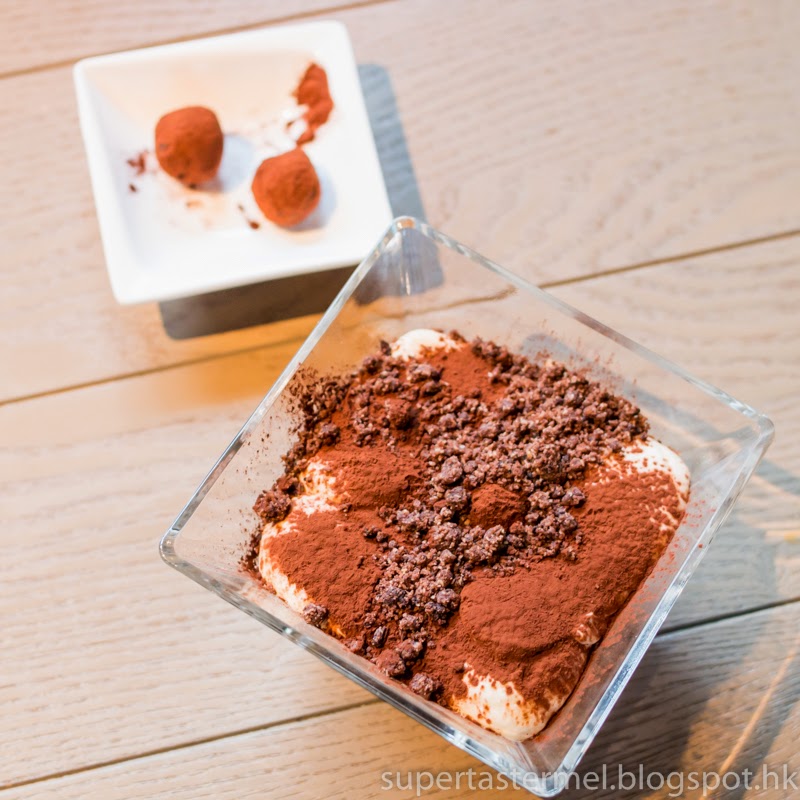 Verdict - the Restaurant Week lunch didn't leave me wholly impressed but I do see potential in the lovely decor and space of Isono which would be a great spot for a casual night out eating and drinking with friends.