Part of the same group as Linguini Fini, Stone Nullah Tavern employs the same farm to table concept on its classic American cuisine that is designed to be hearty and wholesome! Situated on Stone Nullah Lane, a relaxing vibe oozes from the restaurant with its semi al fresco bar area that spills out onto the streets. It turns out the restaurant is also doing a happy hour promotion on Monday to Friday from 5-7pm where drinks start at just $1 and double up every 20 minutes until 7pm! 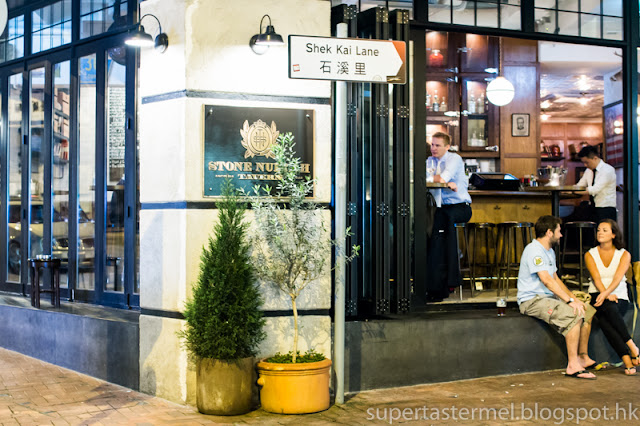 For those who love whisky, Stone Nullah Tavern houses the most extensive selection of American whiskeys in Hong Kong but I'm more of a vodka person so I chose the Iced Lemon Tea-ni ($98) with earl grey infused vodka as first cocktail of the night. It tasted like Vitasoy lemon tea and probably a bit too sweet for me. 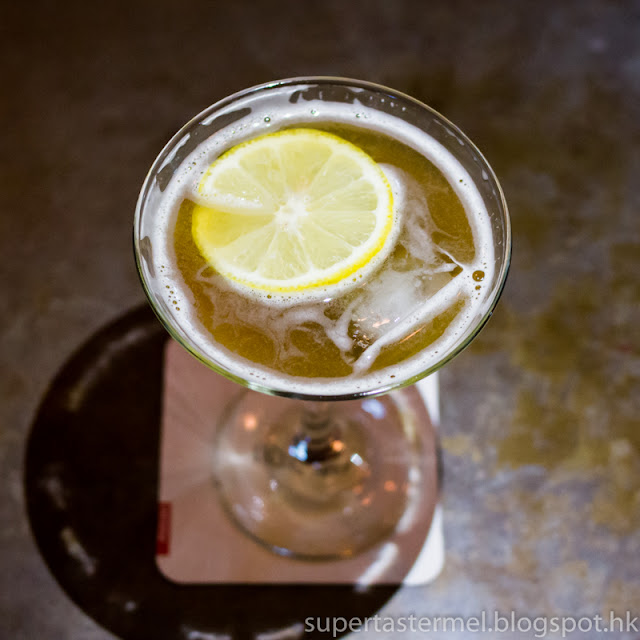 We started off the night with these innovative Buffalo Oysters with Blue Cheese ($38/pc). Not only were the oysters nicely fried, the accompanying spicy sauce was so tasty I couldn't help but dip my bread in it to finish it off! 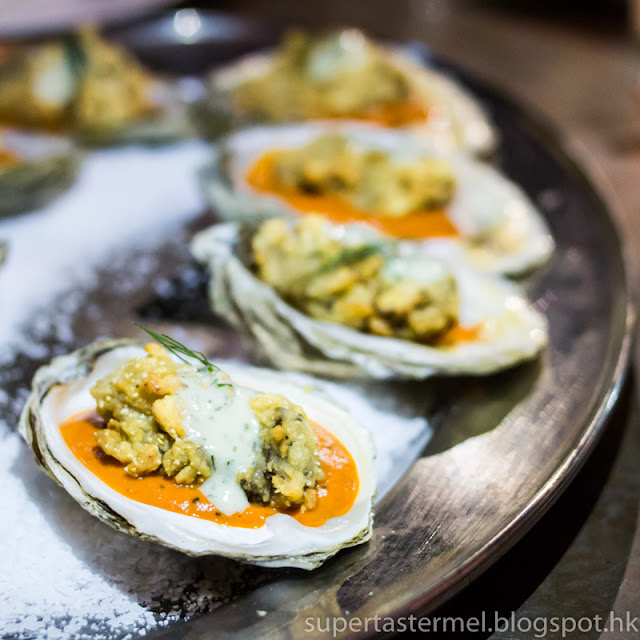 The King Crab Legs ($318) reminded me of Crab Pot in Seattle where the seafood is just steamed and dipped in butter to eat. The crabs here were offered with Typhoon shelter crab spice as inspired by HK style seafood but the spices could have been better integrated with the crab legs though. 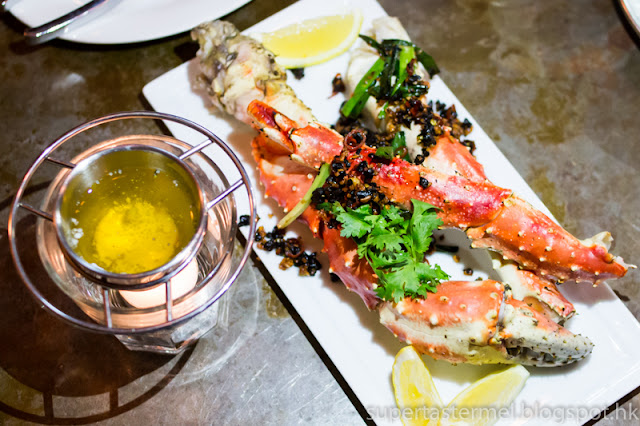 The Nachos ($118) had the usual chili, cheddar, sour cream and jalapenos but who would have thought to add crispy pig ears with nachos! I love to eat pig ears to be honest for its crunchy texture but these were fried a bit too hard for my taste. 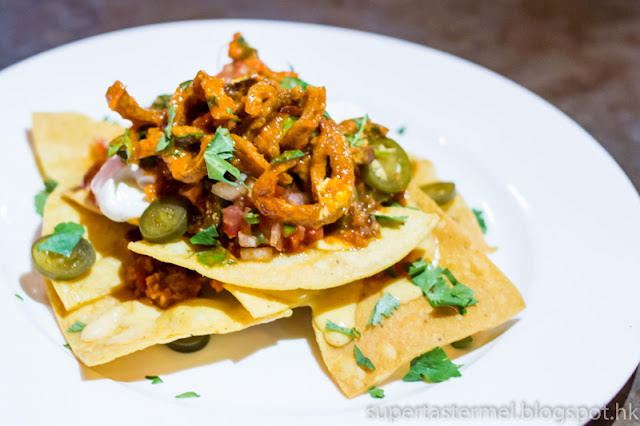 The BBQ Chicken Pizza ($138) with jalapeno, cheddar, crispy onion and cilantro was such a delight to eat, we were all clamoring for our slice! The crispy onion was especially addictive as it was like eating fries! 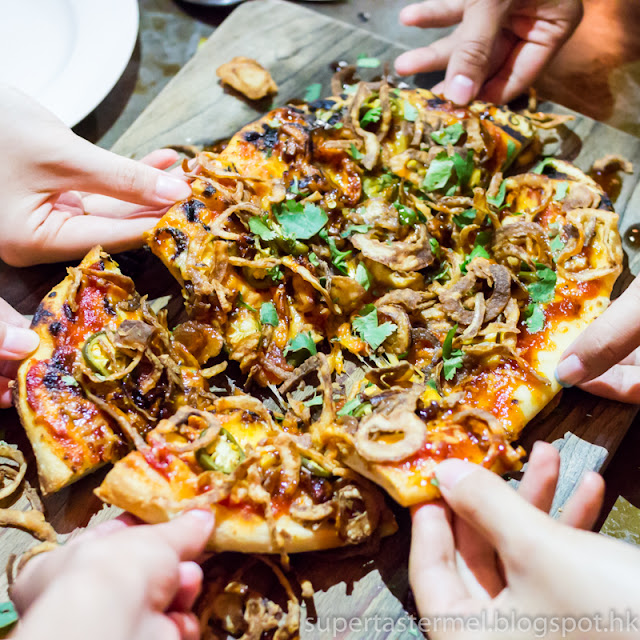 The Mac N' Cheese ($128) with organic egg yoll and chives wasn't as amazing as I thought it would be as the texture wasn't cheesy enough for me. 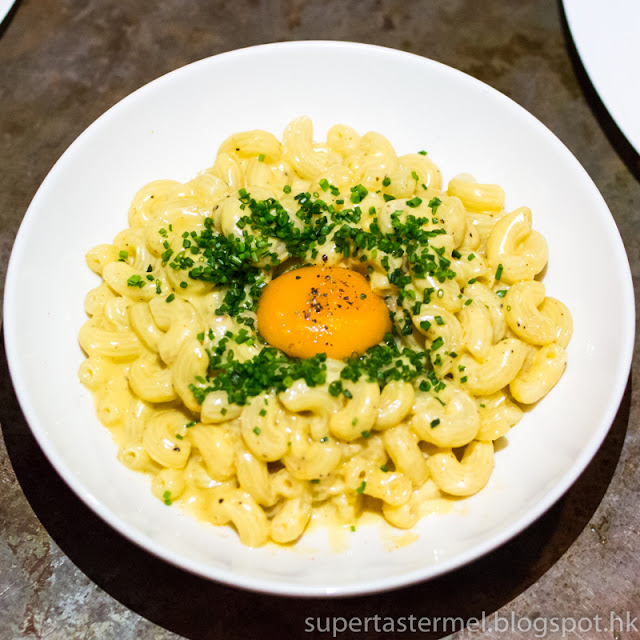 Though we weren't sure why Fish n' Chips ($158) qualifies as American cuisine, the beer battered black cod was quite delicious as the fish was flaky and soft inside the perfectly crispy batter! 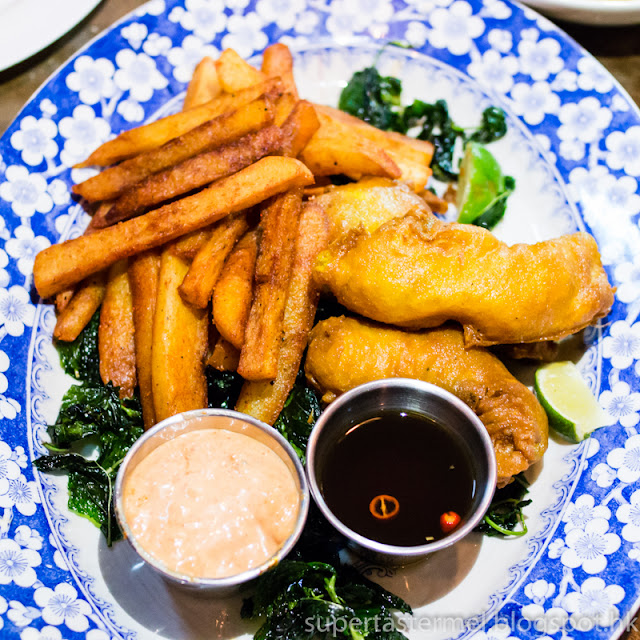 The Maple BBQ Glazed Rack of Ribs ($198/half) was really something special though as the meat peeled away from the bones with a slight of touch. The pork had a smoky flavor while the glaze was oh so rich and flavorful! 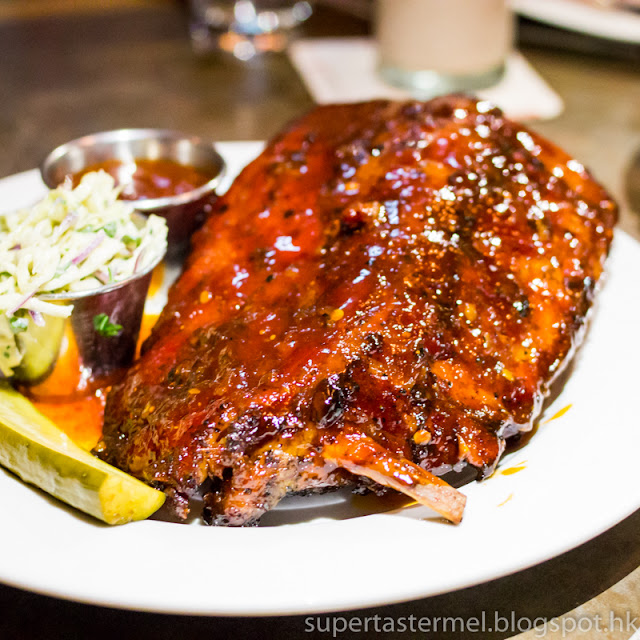 Step aside Korean fried chicken, I think it's time we bring back some good old fashioned Southern Fried Chicken ($228/whole)! This was probably my favorite dish of the night as the fried chicken was extra crispy and crunchy while retaining a moist center. No forks needed as it as finger-licking delicious! 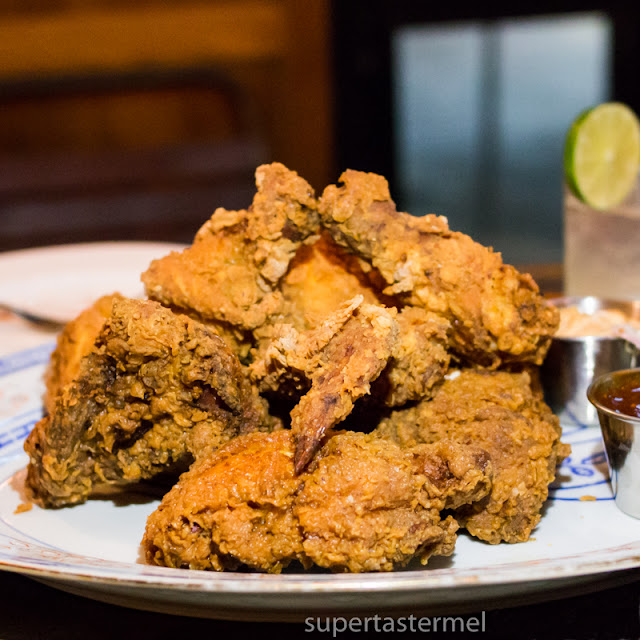