Looking for a brunch place to indulge for the weekend? Check out Catch on Catchick in Kennedy Town! It's a casual restaurant that specializes in seafood but serves up a mean brekkie on the weekend. I passed by one weekend afternoon while going to Sunday's Grocery and was attracted by the semi alfresco dining area that opened onto Catchick Street so I went to check it out last weekend with a girlfriend. The weekend brunch menu mainly focuses on Melbourne style brekkie but they also offer salad and seafood dishes as well. Even though we were tempted to try their seafood (especially that champagne oyster!), I missed the delicious Aussie style breakfast in Sydney so we both ordered some brekkie to share.

The Big Bad Ben (HK$148) with poached eggs, bacon, avocado, hash browns, chorizo and hollandaise was super satisfying as it had everything I wanted in a brekkie! I especially loved the hollandaise sauce and the spicy chorizo which gave everything a dash of intense flavor. 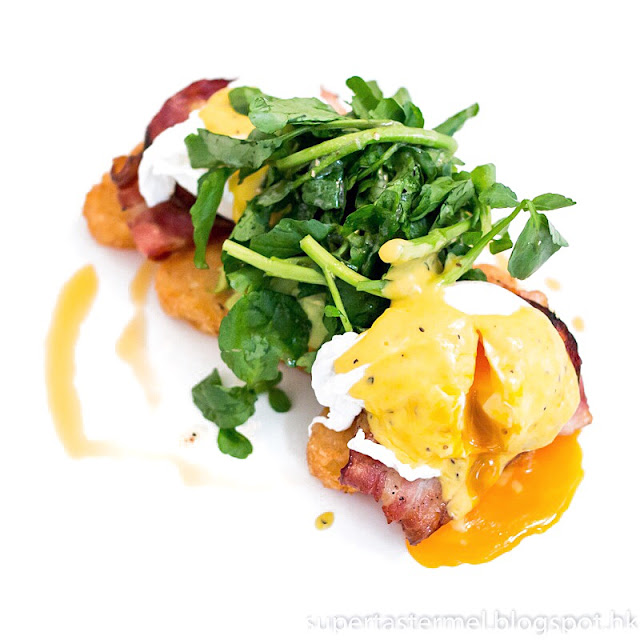 The French Toast Sandwich (HK$138) with caramelized banana, Nutella, mascarpone cream and maple syrup was sinfully delicious! We saw the word nutella on the menu and just had to order it! It tasted everything bit as luscious as it sounded with the heavenly combo of banana and Nutella. The mascarpone cream and maple syrup were just cherry on top as well! 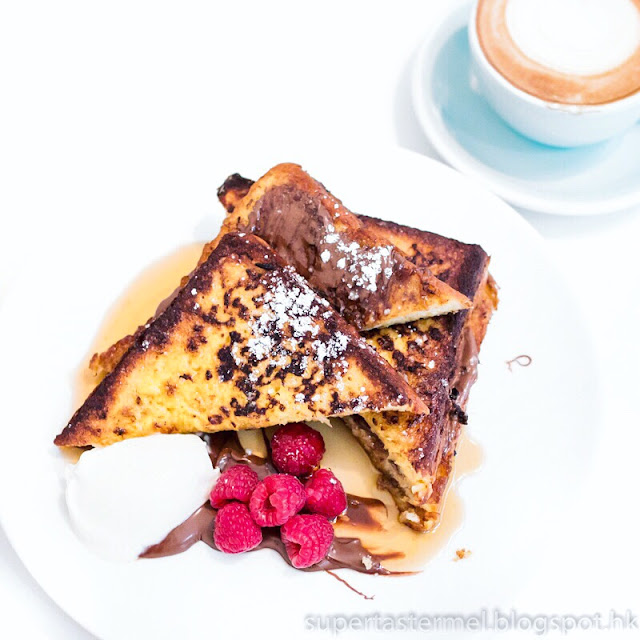 Of course I had to order some flat white to go with my brekkie and the coffee was alright here - not as good as The Cupping Room and a bit too hot, but decent enough to do the job. I would definitely go back again for brunch and to check out their seafood!