I really wanted to like this restaurant. I really did. I mean it looked great on pictures and on paper with its gorgeous open-faced sandwiches that looked so IG-worthy and with Philippe Orricco (from Upper Modern Bistro and On Dining Kitchen) as its culinary director, but so often the devil is in the details and when you fail on execution, none of that means anything anymore especially in HK's competitive F&B market.

I came here for lunch on a weekday and they were full already when I arrived on both the main dining floor and the upstairs terrace so I decided to wait. While I was waiting, I looked around and my heart started to sink a bit when I noticed a few common things - tables with no food on it, looks of exasperation on people's faces and staff scurrying to attend to the arms in the air from diners asking where their food is. It became apparent that the restaurant was seriously understaffed and could not cope with a full lunch crowd on both floors. Not sure if someone just didn't show up to work that day or what but they probably should not open the terrace up for lunch too if they can't handle it. It just reflects poorly on the management and especially if they want to target the lunch crowd in Central because let's be honest - who has time to spend 2-3 hours at lunch eating such simple food which I will get to in a second. 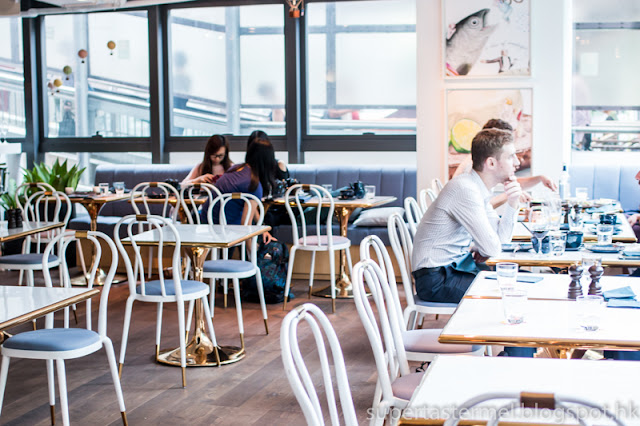 The lunch menu is very simple and small with options of small dishes, tartines and dessert of the day where you can choose 2 dishes for $118 and 3 dishes for $148:

J and I each chose one item from the small dishes and tartines and after we placed our orders, more than 20 minutes passed and no food showed up to our table - not even the small dishes which should be all pre-made anyways. The food they serve are not by any means complex so it was baffling actually as to why it would take so long for the food to be served.

The food was actually decent when it finally arrived as the Green Pea Gazpacho was refreshing with its minty flavors especially when HK is still so warm outside. 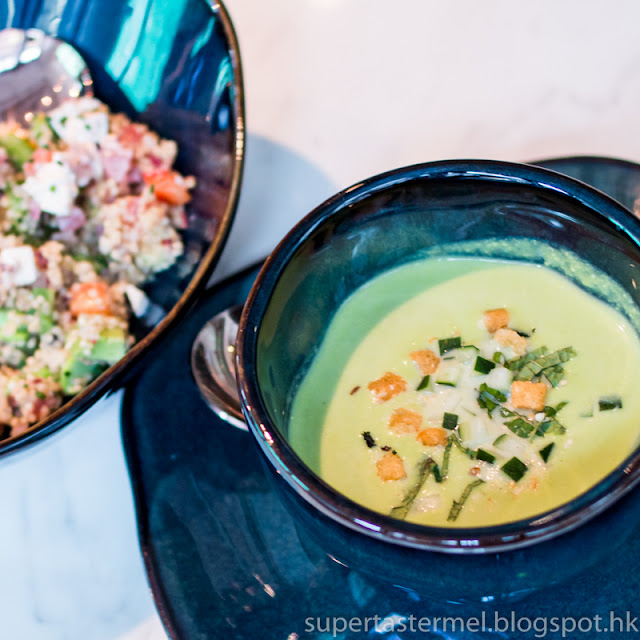 The Quinoa Salad was flavorful as well with bell peppers, avocado, edamame and feta cheese. 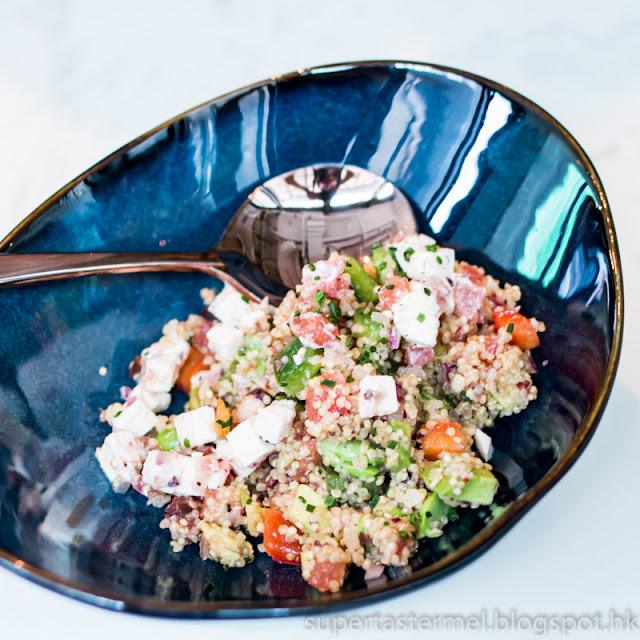 The tartines were a bit underwhelming though. I could only taste the white sauce in the Prawn & Homemade Bechamel which lacked any flavors of prawn. The rich lobster bisque on the side was impressive though and the restaurant should consider adding this to the menu instead. 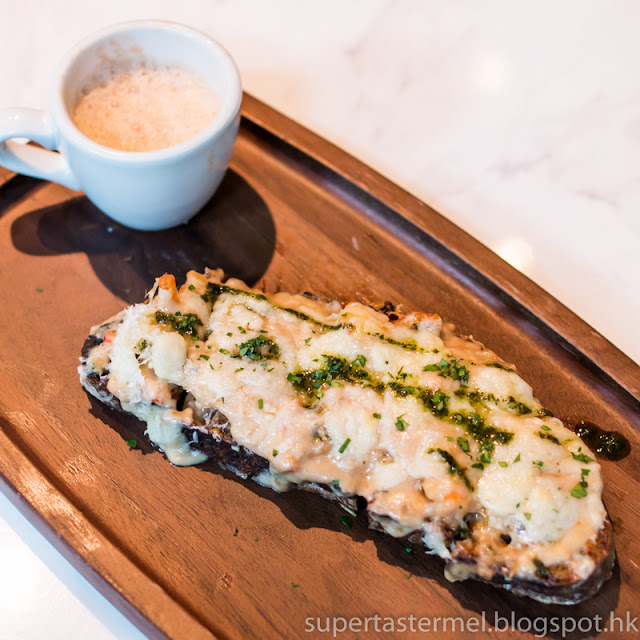 Originally J wanted to order the Tomato & Burrata but we were informed after we placed our order that they had run out of burrata already, so they offered to replace it with something else instead and suggested the Lobster which is not on the lunch menu. It turned out to be very similar to the Prawn tartine with Bechamel sauce as well but the lobster was definitely more flavorful and pronounced in flavor compared to the prawns. 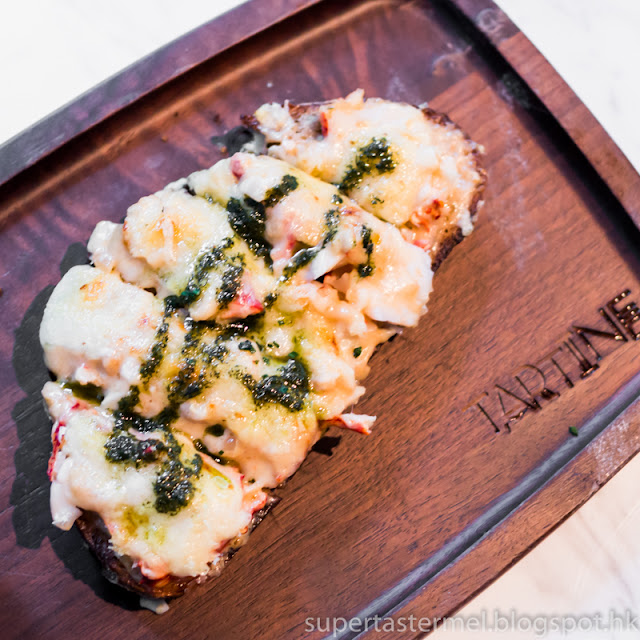 Verdict - honestly service issues aside, even if the food came out in a timely fashion, I would say that the food was just a pass and at most an acceptable place for lunch in Central for the price. One last point on the service - I do feel bad for the staff as they were trying really hard to appease everyone from offering a 50% discount on our bill to giving free desserts to neighboring tables so I can see that at least they are trying. Let's hope that it's because they are still new and are working out the kinks in their service because they may not survive long with the lunch crowd in Central at this rate.