Hope everyone has had a great holiday so far! I am staying in Hong Kong this year which means non-stop eating and getting fat but hey that's what the holidays are for right? With so many new restaurants opening in HK, it seems like there shouldn't been a lack of dining options but after being disappointed by some of the new openings lately, perhaps it's time to revisit established restaurants like 121 BC which has been on my radar but somehow still haven't tried yet. I still remember my first encounter with the restaurant which was when I passed by after trying La Vache last year and was intrigued by the quaint and bustling scene I saw through the windows so I vowed to give it a try. Who knew it would take so long but at least it was well worth the wait! With a sister restaurant in Sydney, 121 BC serves family style Italian cuisine with an extensive wine list and a long communal table to match. The menu changes depending on the best produce available which is written in chalk on the wall and you can order the dishes a la carte or get the banquet menu which includes all 9 dishes with a * next to it plus dessert for only $450 per person. The banquet menu sounds like a great deal to me which is what we ended up trying! 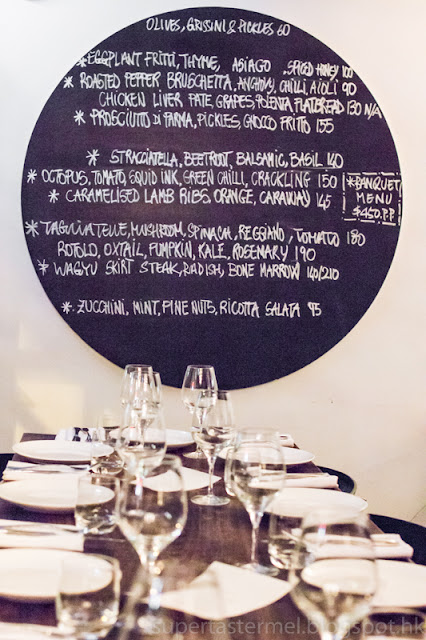 We started with this colorful Stracciatella di Bufala which is a cheese produced from Italian buffalo milk using a stretching and shredding technique. The pairing of the soft fresh cheese with beetroot and balsamic resulted in sweet and tangy flavors that was appetizing to eat. 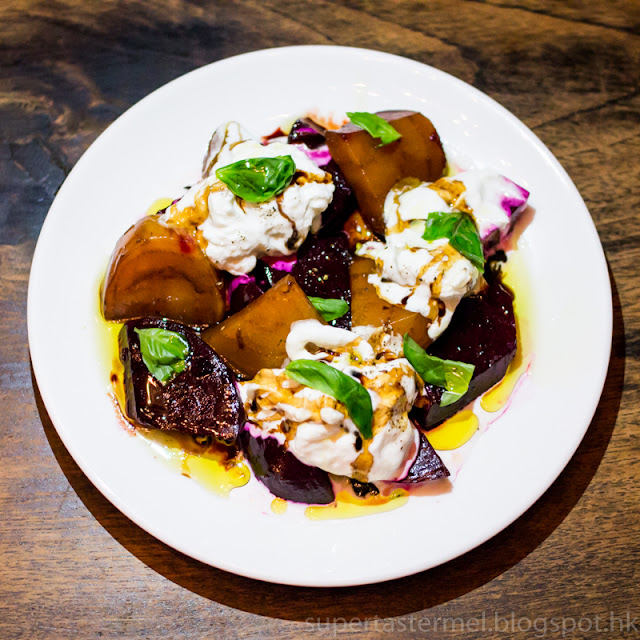 The Roasted Pepper Bruschetta with anchovy, chilli and aioli was surprisingly delicious even though I am usually not a fan of anchovy. 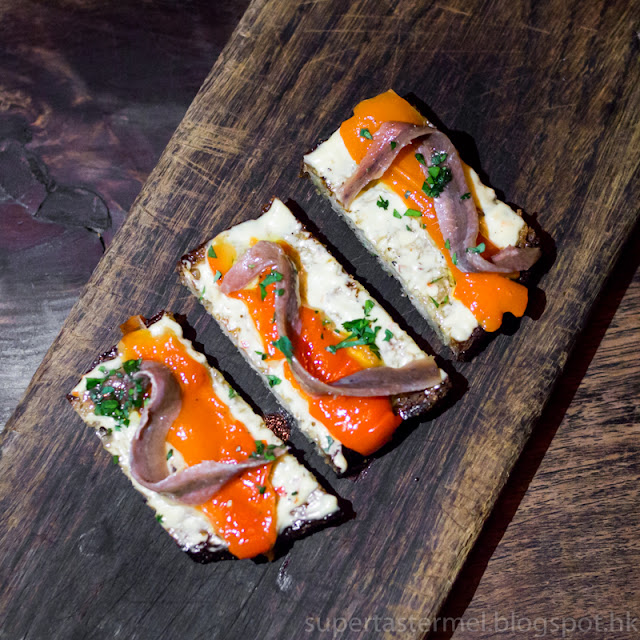 The Proscuitto di Parma with pickles and gnocco fritto was a bit underwhelming to me simply because you can put this together easily at home by yourself but at least the proscuitto was of good quality. 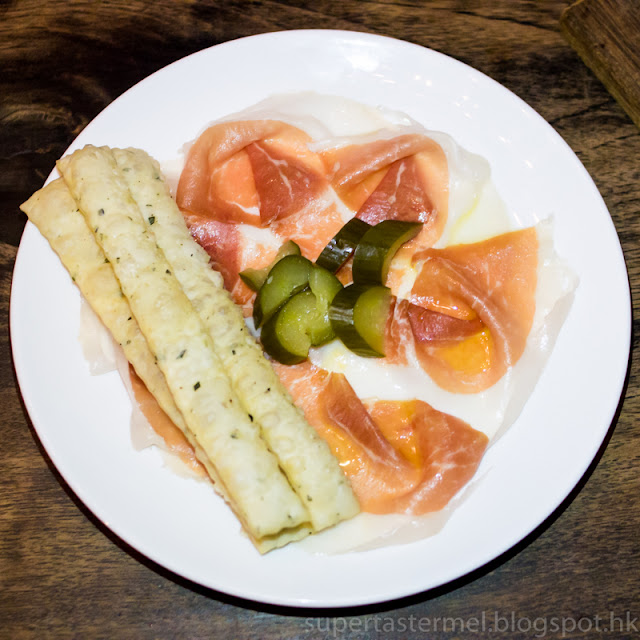 The Eggplant Fritti with thyme, asiago and spiced honey was nicely fried and by nature, eggplant absorbs oil very easily so it would have been easy to make this too oily but good thing that problem was avoided here. 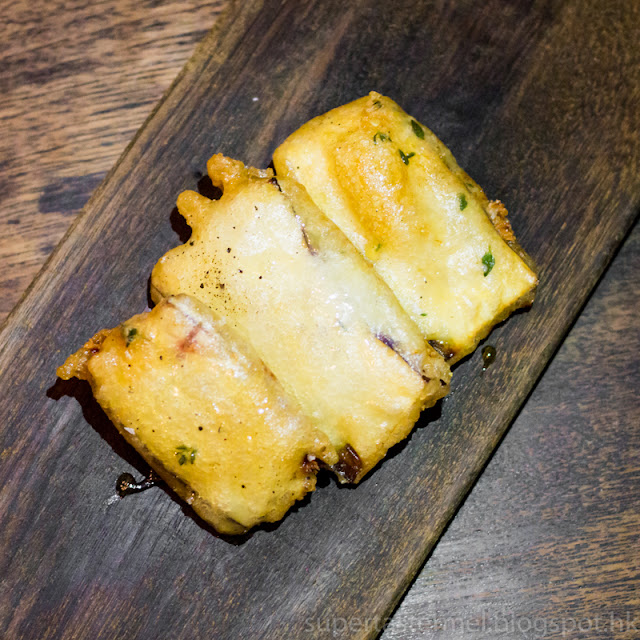 The Octopus with tomato, squid ink, green chilli and crackling was my favorite dish of the night as I love octopus and it was cooked perfectly with a soft tender texture while the squid ink sauce was a delightful match. 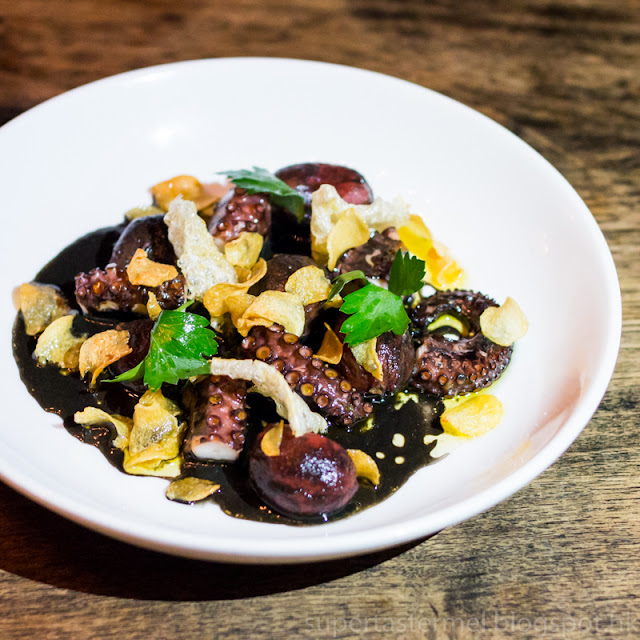 The Caramelized Lamb Ribs with orange and caraway was another homerun for me as I loved the tangy orange glaze on the lamb which was crispy on the outside but a supple melt-in-your-mouth texture on the inside. 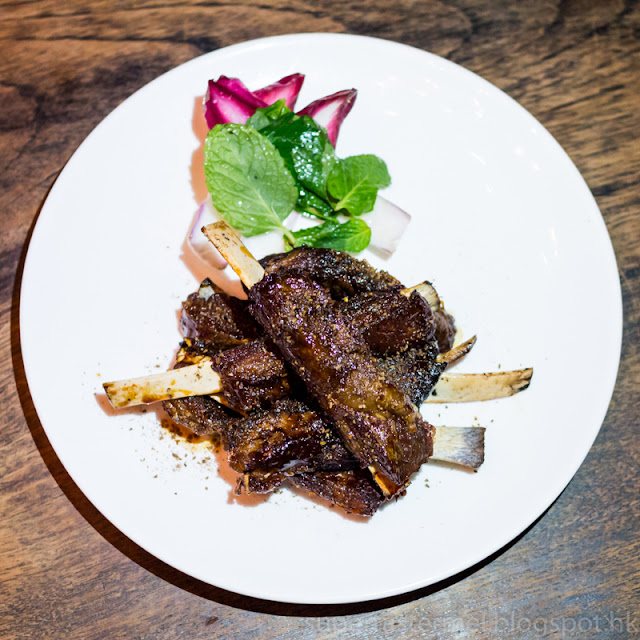 The Tagiatelle with mushroom, spinach, reggiano and tomato was solid but failed to stand out among the other more impressive dishes of the night. 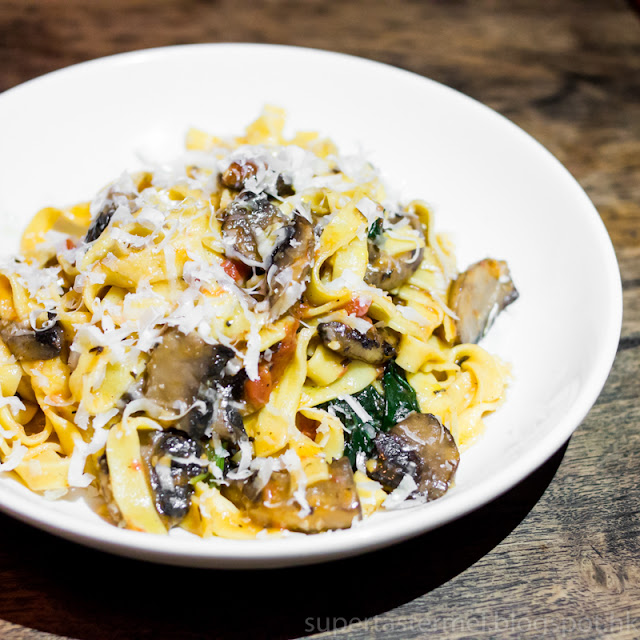 The Wagyu Skirt Steak with radish and bone marrow was surprisingly tender with nicely seared edges that was full of flavors so I thought the sauce on top was rather unnecessary. 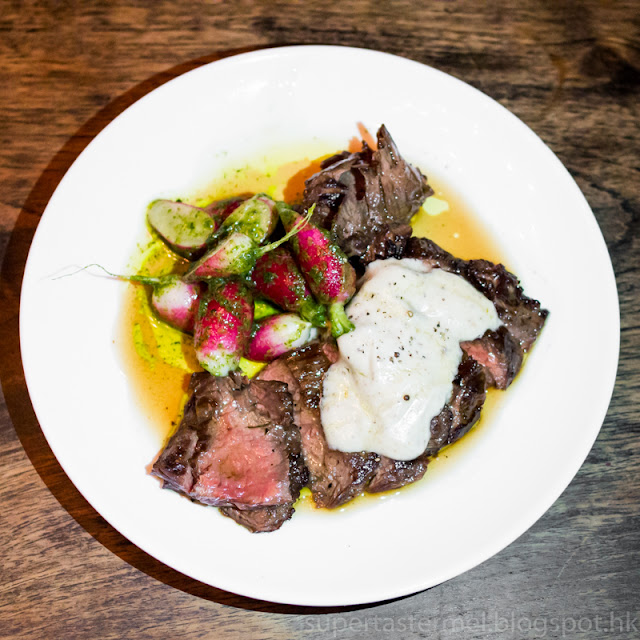 We got our vegetables last with Zucchini Salada with mint, pine nuts and ricotta but it was a good thing as this dish served as a refreshing and light ending to our meal. 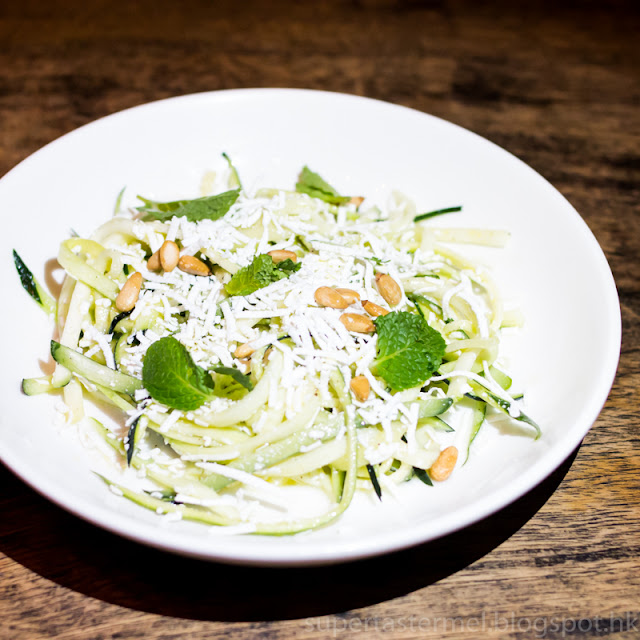 But the best ending to a meal is always dessert and both choices of Panna Cotta and Chocolate & Hazetnut Cremoso were irresistible! If I had to choose, I would go for the panna cotta with its rich milky flavor which combined with the coffee caramel sauce was simply heavenly to eat. 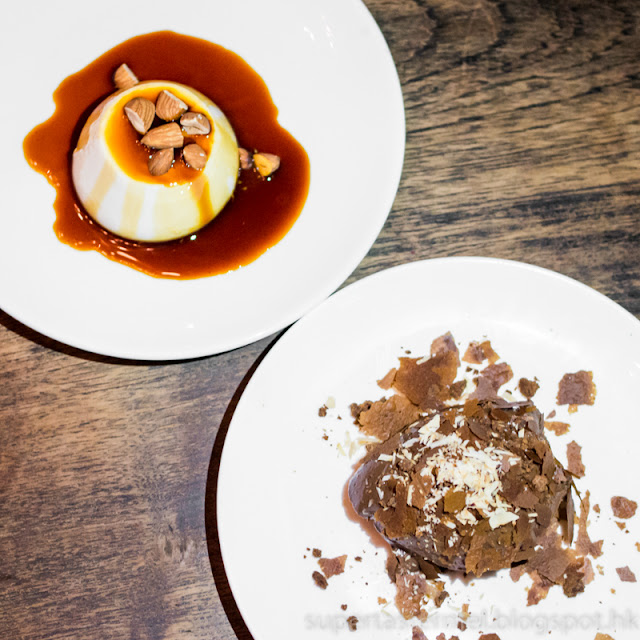 Verdict - I was impressed with the food at 121 BC which also offered a great value for money and the bustling ambiance is perfect for a casual night of drinking and eating with a group of friends. I did find it a bit noisy and crowded as the restaurant was quite cozy in space so I probably wouldn't come here on a date night as I'd prefer some place a bit quieter but that's just me as I did see couples sitting by the counter near the windows. I would most definitely come back to try the regional menu in the last week of every month which focuses on a specific region of Italy with a matching wine flight as well!