We were craving for Thai food over the weekend so we went to check out Issaya Siamese Club in Midtown for lunch which is the sister restaurant of the original in Bangkok that was just named #19 on S.Pellgrino's Asia's Best 50 Restaurants in 2016! The expansive venue was extremely gorgeous with its colorful glass lamps and velvety plush sofas in the bar area while the rest of the space was brightly-lit and spacious with views of the open kitchen which was right in the center of the restaurant. The food was modern Thai so while it didn't exactly offer the typical Thai dishes we were craving for, we ended up just ordering a few dishes that sounded good on the menu to share between the two of us. Prices were on the high side though with appetizers starting from $100 and mains starting from $200. 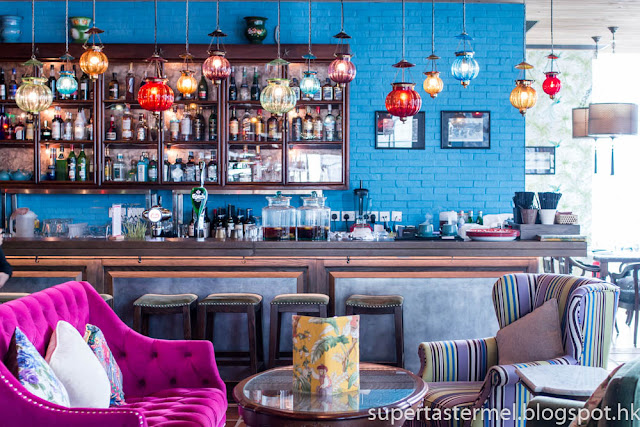 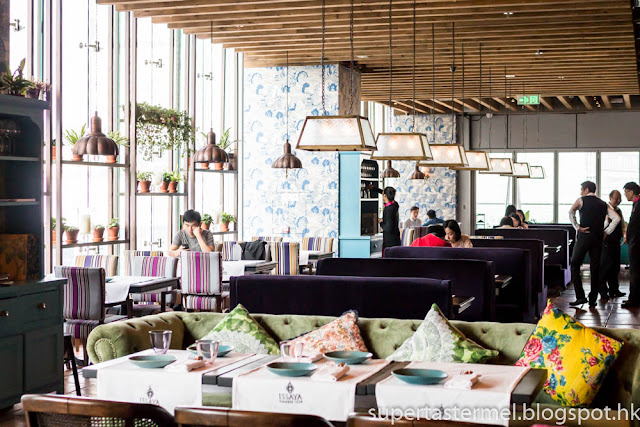 The Yum Som-O ($145) with pomelo salad with wok-sauteed baby shrimp, hard-boiled egg and peanuts in a red chili dressing arrived in a cute fashion as a potted plant which was then mixed with the shrimp at the table. I love pomelo salad in general and I liked that the one here had a more crunchy texture with the crispy peanuts while the dressing was just spicy enough. We were told not to eat the leaf though and it would have been better if they just took it away instead of leaving it on the dish because it was confusing (J almost took a bite of it before I stopped him). 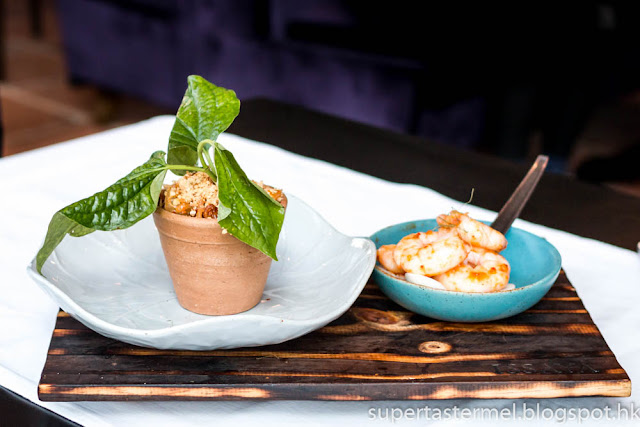 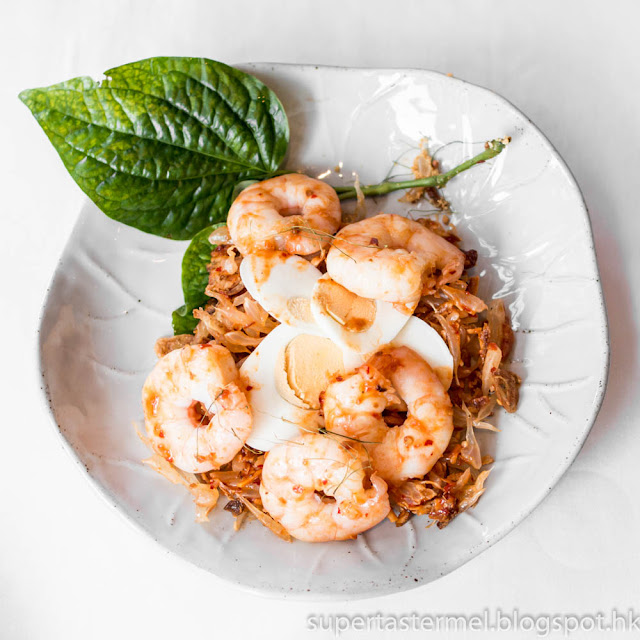 The Kor Moo Yang ($168) was a grilled pork shoulder salad with sawtooth coriander and chili in a toasted jasmine rice dressing that was prepared right at our table! The staff mixed a variety of ingredients in a bowl including fish sauce, lime juice, chili pepper, crushed peanuts, shallots, etc. before adding the pork neck last. The result was incredibly tasty with deliciously tangy and spicy flavors along with crunchy textures so it was definitely one of the more stand-out dish of the meal! 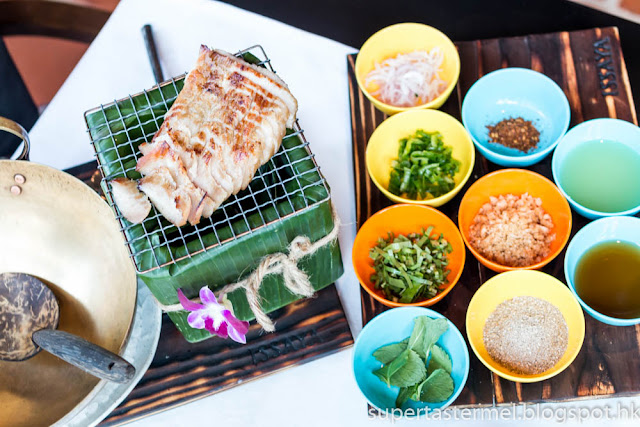 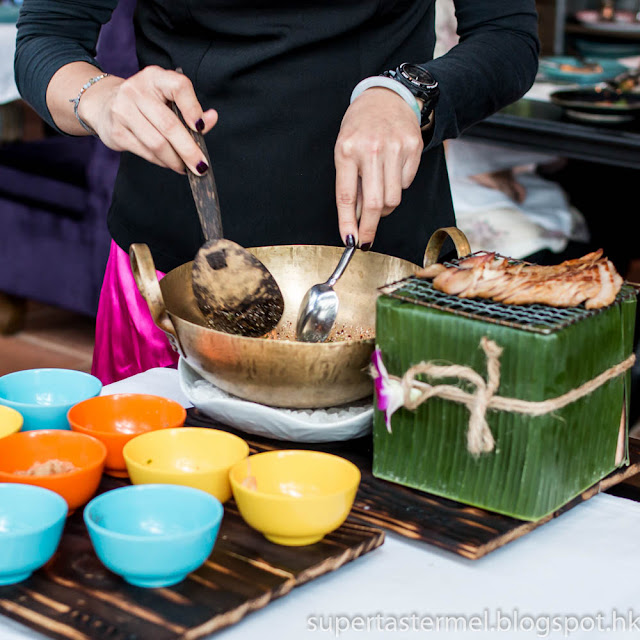 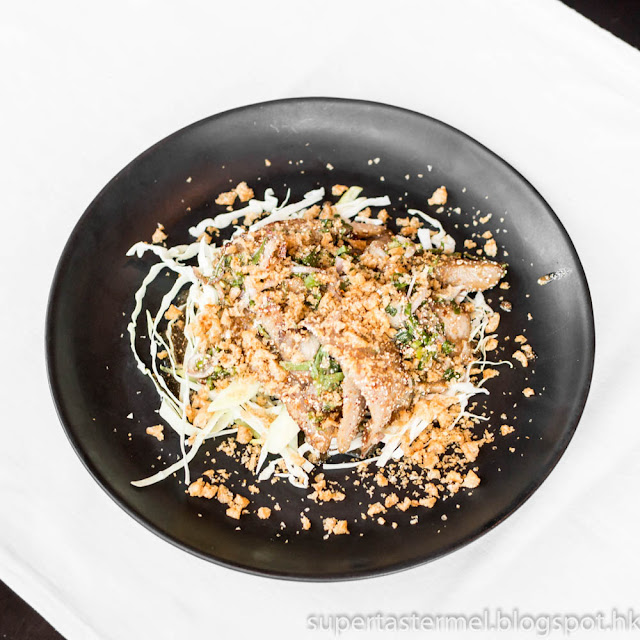 The Mussamun Gae ($288) was a little bit disappointing though as the lamb shank, which was simmered in a mussamun curry, was definitely tender and pulled right off the bone but the meat itself was not flavorful enough while the curry was also a bit too sweet for me. 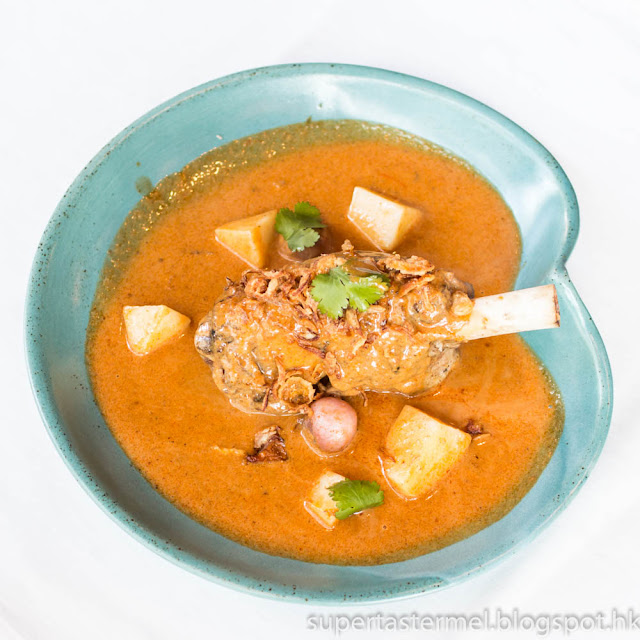 For desserts, we decided to go for the Kanom Dok Mali ($88) which was a jasmine flower panna cotta served with jasmine rice ice cream and jasmine rice tuile. It turned out to be a great choice as the jasmine flavors really came through in the panna cotta which was super creamy to eat! 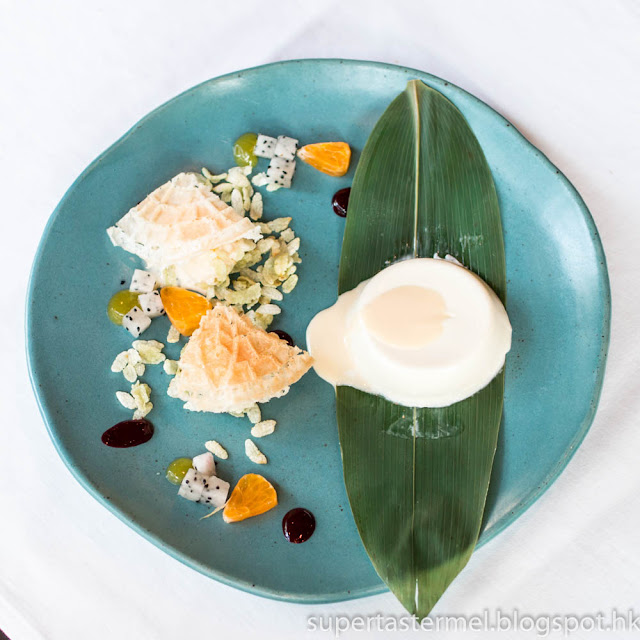 Verdict - the tab came out to $350 per person for lunch which was borderline for me in terms of value for money - I mean the venue and decor are great but the food wasn't a complete home run for me especially at this price point.