If you think I'm in Japan again, guess again! Sushi Tokami, which has 1 Michelin star in Tokyo, is now at Harbour City in Tsim Sha Tsui! The original Sushi Tokami in Japan was established in 2013 and immediately earned its Michelin star status in 2014. I haven't been to Sushi Tokami in Tokyo but it is quite famous for its tuna since the owner of Tokami also owns a renown specialty tuna shop in Tsukiji that supplies tuna to many top-rated sushiyas in Tokyo. As it is currently ranked in the Top 10 for sushi in Tokyo on Tabelog, I was excited to give it a try to see how the sushi compares to Tokyo so I came here for lunch with J. 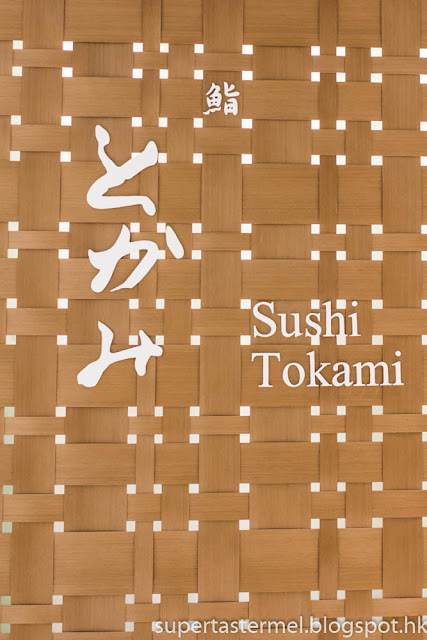 Three lunch sets are offered at $600, $800 and $1000 with 12, 14 and 16 pieces of sushi respectively. Each lunch set also includes an appetizer, the signature tuna tossaki hand roll and fish & egg soup. The prices are certainly not cheap and nearly double the prices in Tokyo since you can get a very decent sushi lunch in Ginza for ¥5000 (~HK$340) but I guess it may be worth it if it saves you a flight to Japan. I ended up ordering the 12 piece set while J went for the 16 piece set. 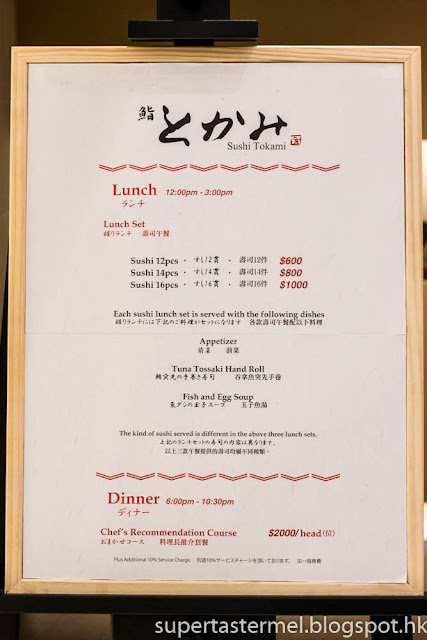 The space in Hong Kong is huge and spacious since it has not one but two sushi counters which I hear is much bigger than the one in Tokyo. We were the first to arrive for lunch and were promptly greeted by all the friendly staff including Taga San who is the head chef at the HK branch. He was very nice and even attempted to say the names of the fish in Cantonese! 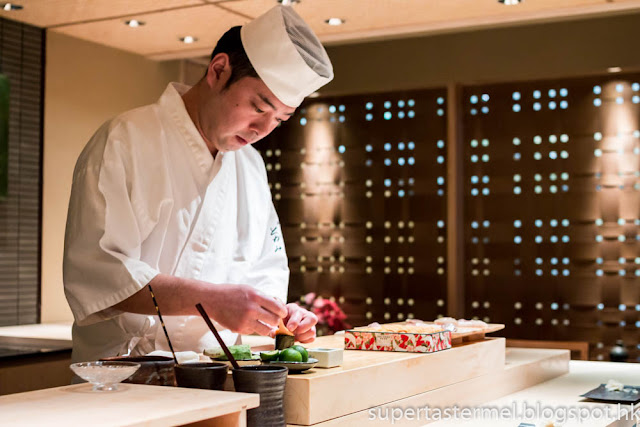 We started off with Kegani (Hokkaido Hairy Crab) served with mozuku (seaweed) in vinegar which was refreshing to eat. 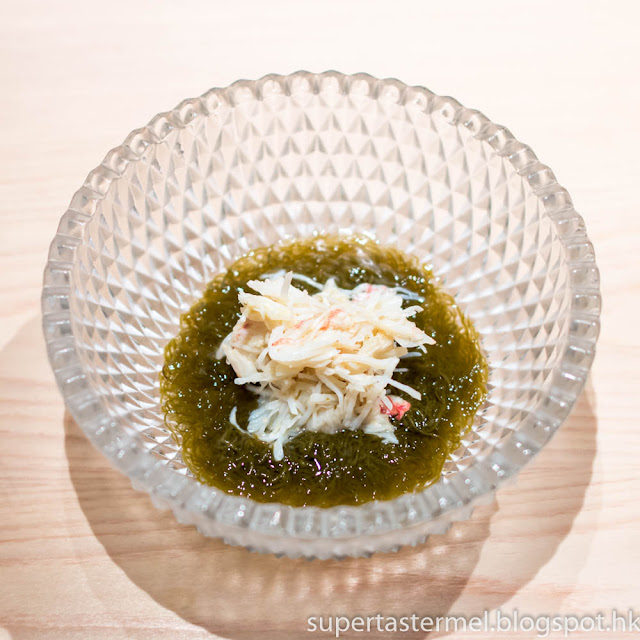 We then started our sushi courses and I noticed that red vinegar rice is used here which was nicely balanced in flavor - the only thing was that the size of the nigiri was much smaller than usual so our sushi looked like miniature baby versions of what we are used to. Maybe it's so we can try more pieces but we weren't that full afterwards.

Our first piece was a special type of fish called Houbou (ほうぼう) which is called Blue Fin Robin in English. The manager of the restaurant even brought out an iPad to show us the picture of the fish which looked quite exotic with its bright blue fins and the resulting flavors were delicate and delicious. 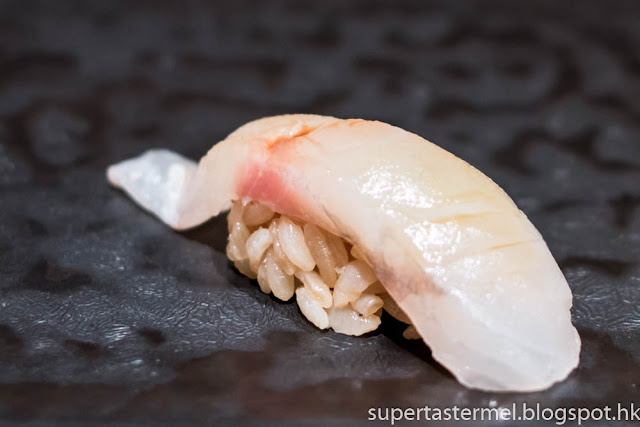 Sumi Ika (墨烏賊) which was topped salt and sudachi juice 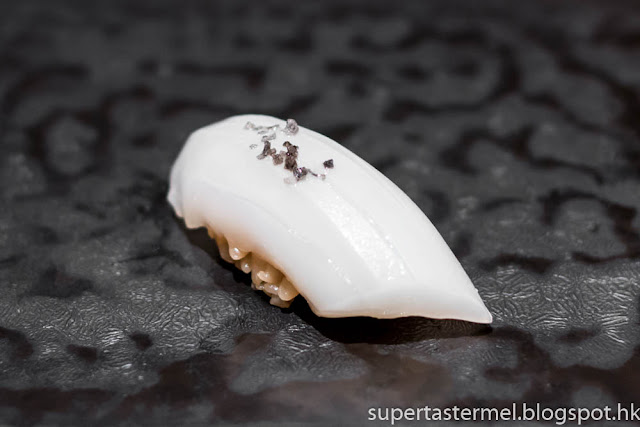 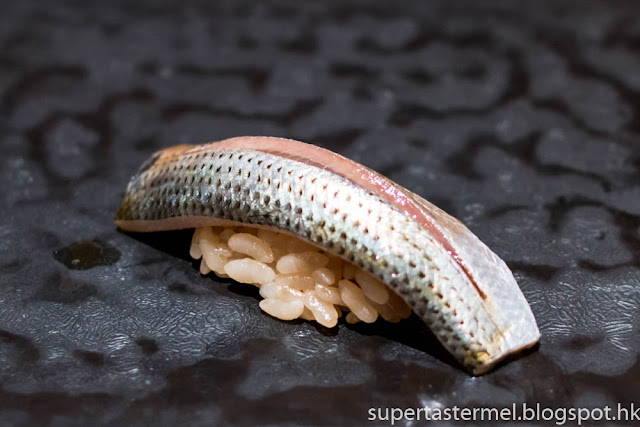 Our trio of tuna starting with Akami Zuke (本鮪の漬) 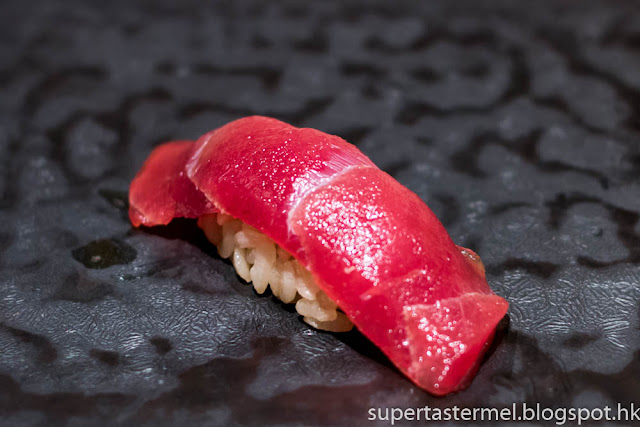 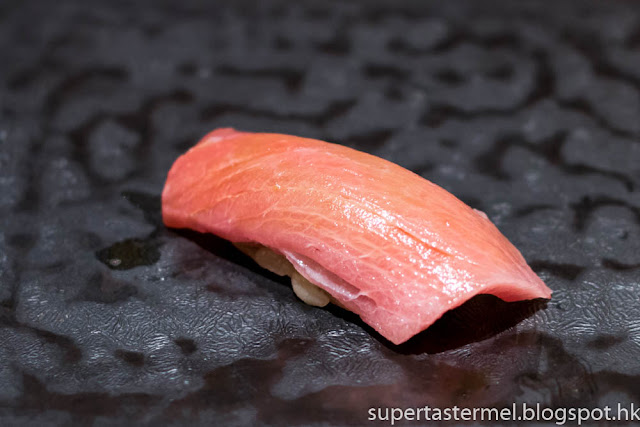 The Otoro (大とろ) only came with the 16 piece set. Out of the three cuts of tuna, I liked the chutoro the best with its pronounced and yet balanced flavors. 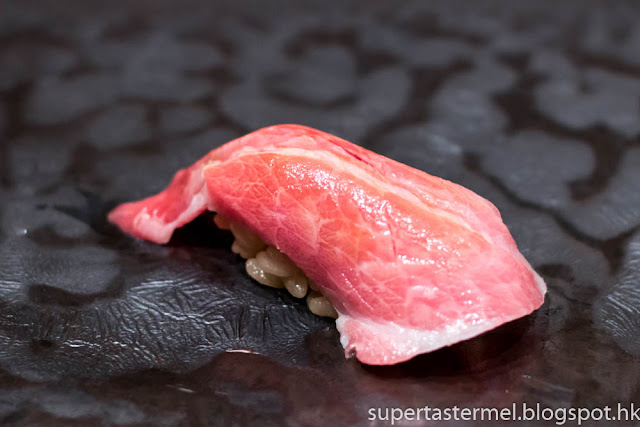 As I've said before, eating white fish like Hirame (平目) outside of Japan is risky because it has to be eaten fresh since the flavors are very delicate and while the piece we had here had more flavor than most hirame I've eaten in HK, it still wasn't as good as Tokyo though. 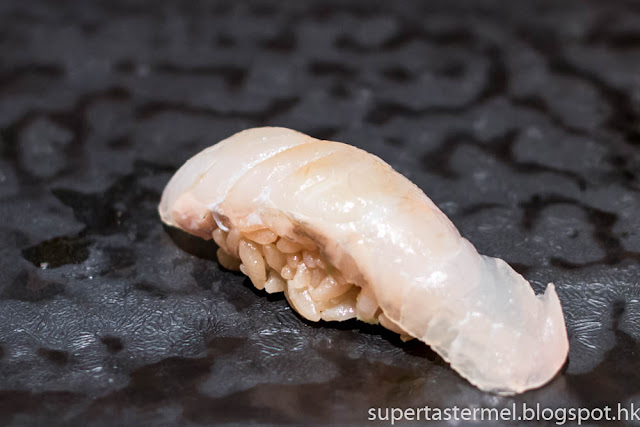 I liked the semi raw texture of our Kuruma (車海老) but I only wished it was bigger. I've had kuruma before where it needed to be cut in half so that each piece can been eaten in one bite but obviously we didn't have that issue here. 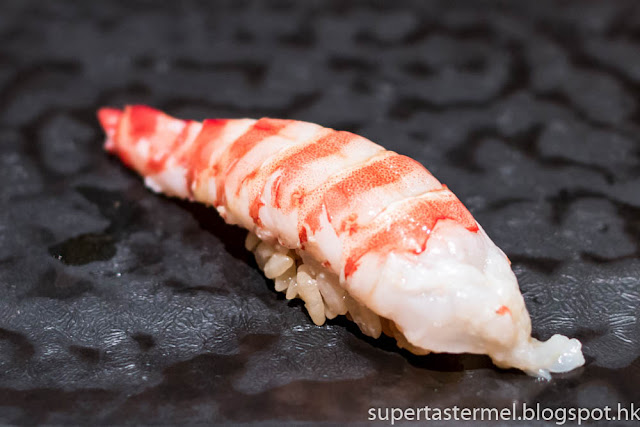 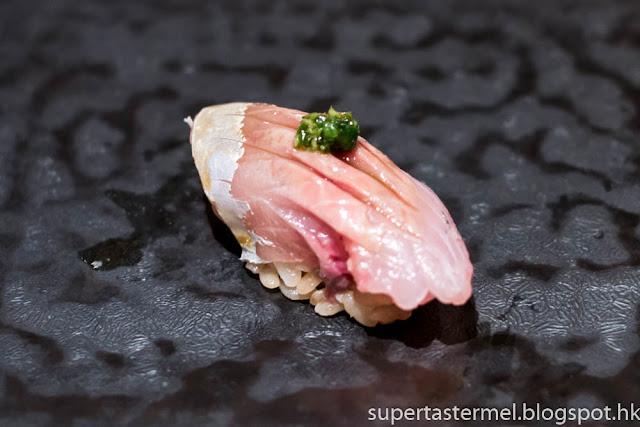 Part of the 16 piece set, the Kawahagi (皮剥) was mixed with its own liver and served with rice underneath. 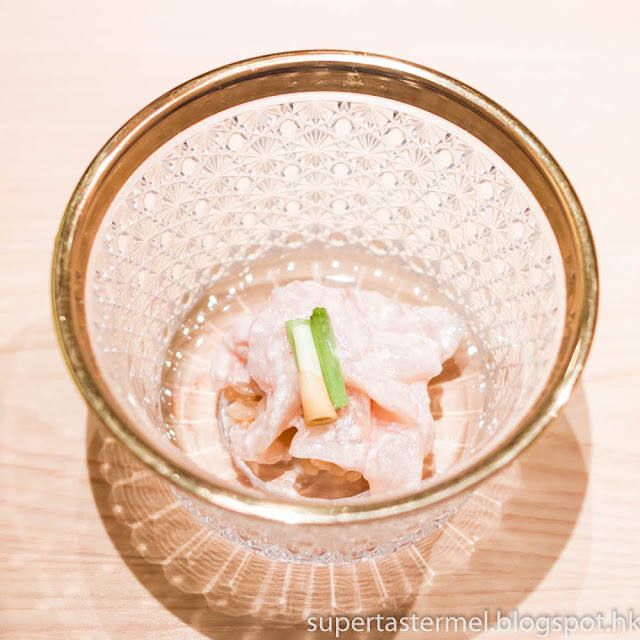 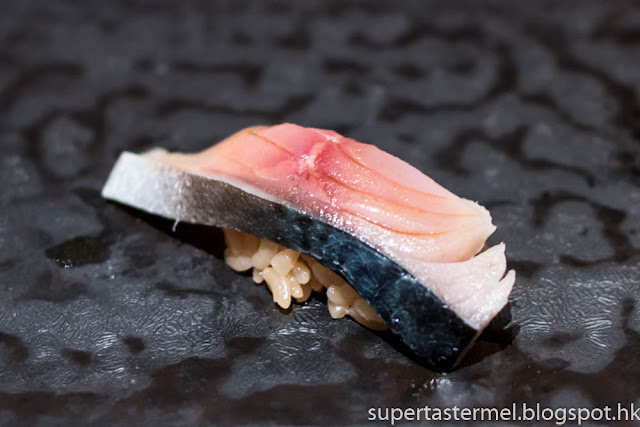 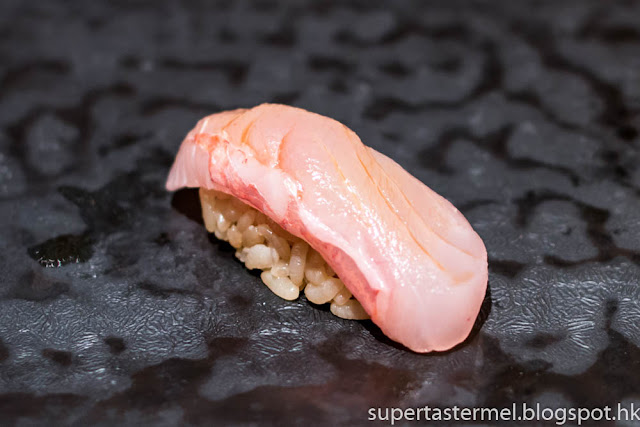 If you are thinking whether to spurge for the 16 piece set, maybe this box of heaven will help you make up your mind! 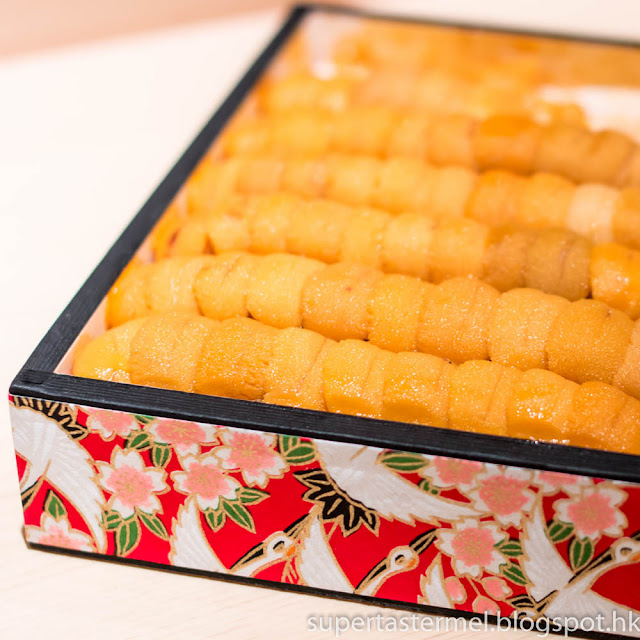 The Bafun Uni (馬糞海胆) was layered three times and definitely very fresh and sweet but the temperature it was kept at was a bit too cold which destroyed some of the delicate flavors actually. 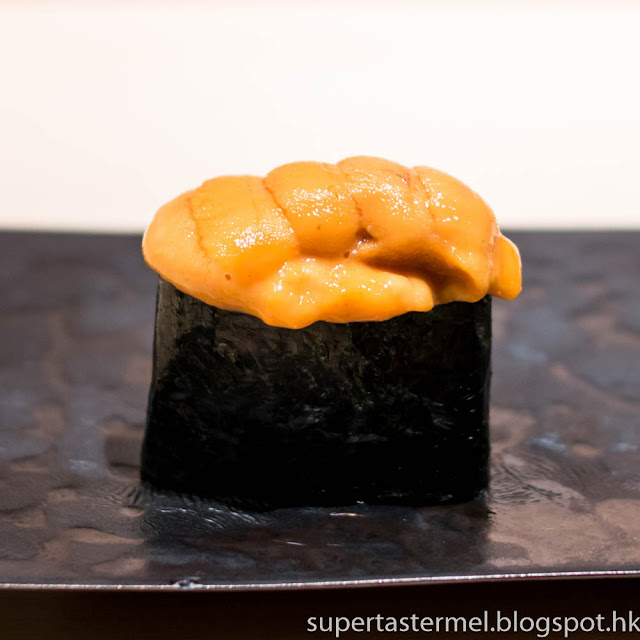 Hotate (ホタテ) which was served with salt and sudachi juice again 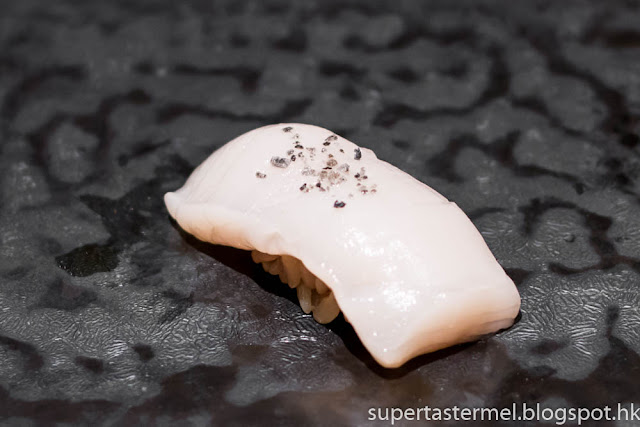 I loved this fish at Shimo, so I stole the Akamutsu Aburi (赤鯥炙り) from J's set which was very rich and luscious. 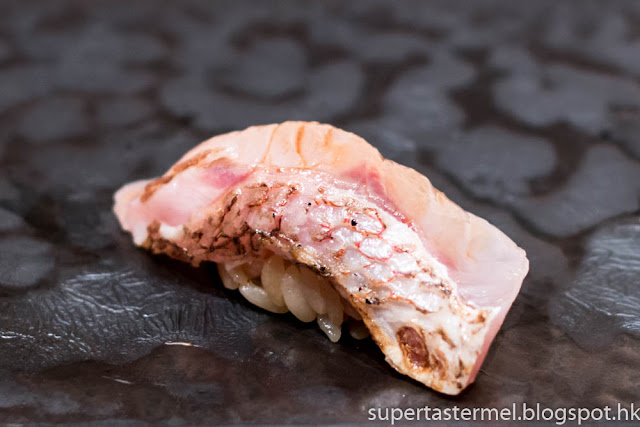 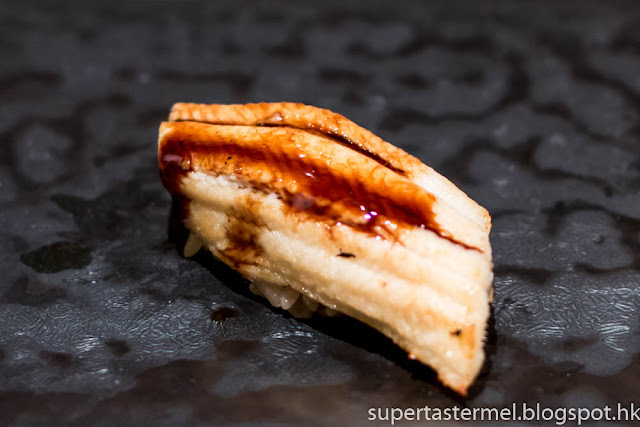 The Tuna Tossaki Temaki (手巻き寿司) was definitely the highlight of our meal as the tuna used here is from a special cut near the tuna's neck which was extremely creamy and flavorful - I would go back just for this! 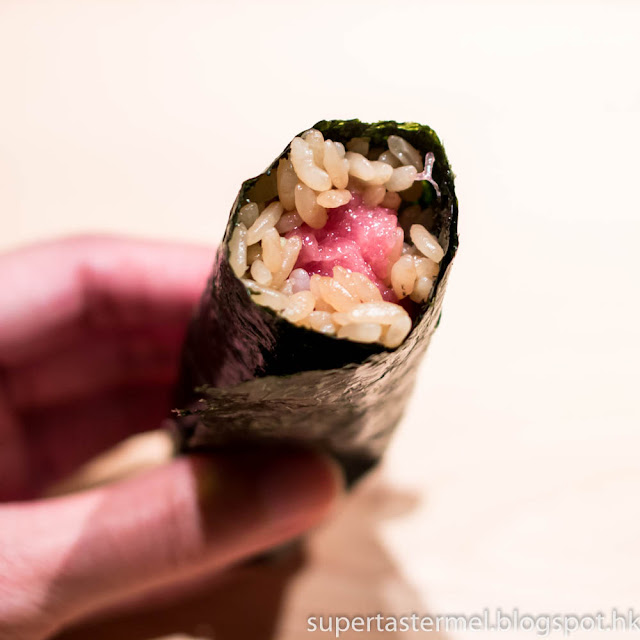 The Tamago (玉子) signaled the end of our meal and it was supposedly infused with eel and ginger to give it a special kick in flavor but we couldn't really taste it. 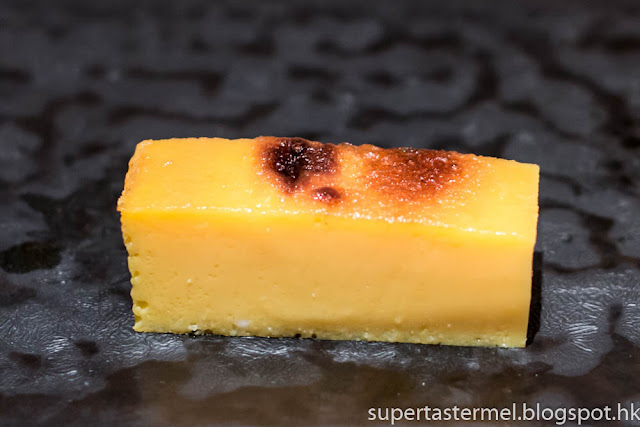 Lastly, we were served Fish & Egg Soup to round off our meal. 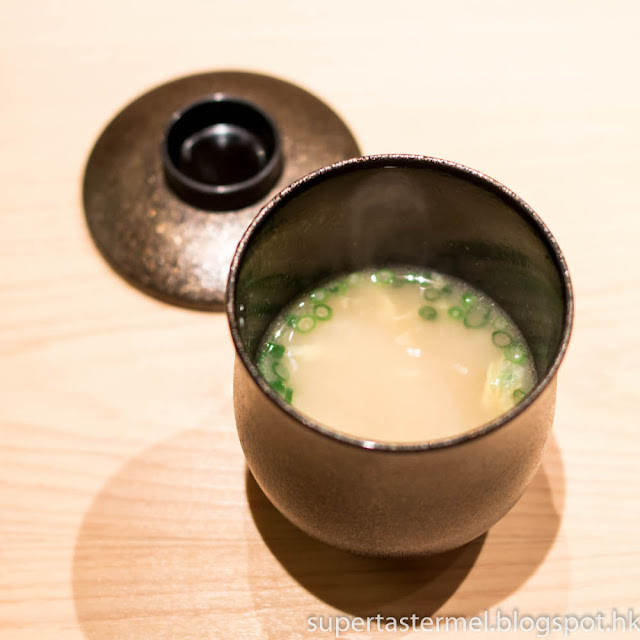 Verdict - Sushi Tokami delivers a very solid sushi experience by Hong Kong standards so while it may not replace a trip to Tokyo, it may just be enough to tide you over your sushi cravings until your next trip!