I believe in second chances but not everybody deserves one.

Luckily 2* Tenku Ryugin 天空龍吟 has proven that it is indeed worthy of a second chance after my near-disastrous meal last year when I found myself back at the restaurant over the weekend with family and friends. Perhaps it was because we were here with a regular and sat in the private dining room, but my dining experience this time had a much happier ending. Similar to last time, we had 10 courses and what I found was that some of the dishes were almost the same as my previous meal last year but with a new presentation.

We started off with the Hot Egg Custard topped with Hokkaido sea urchin and yuba, and while I liked the sweet flavors of the dish, I thought that the quality of the sea urchin could be better while flavors were rather one dimensional. 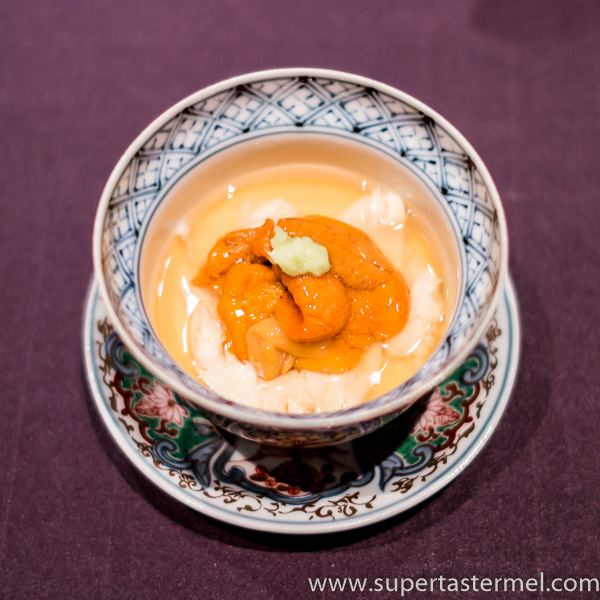 The Abalone, Caviar and Abalone Liver with handmade soba noodles was similar to a dish I had last time except that the noodles were served inside the shell instead of underneath it. Everything was executed perfectly in this dish from the super tender abalone to the perfectly textured soba noodles. 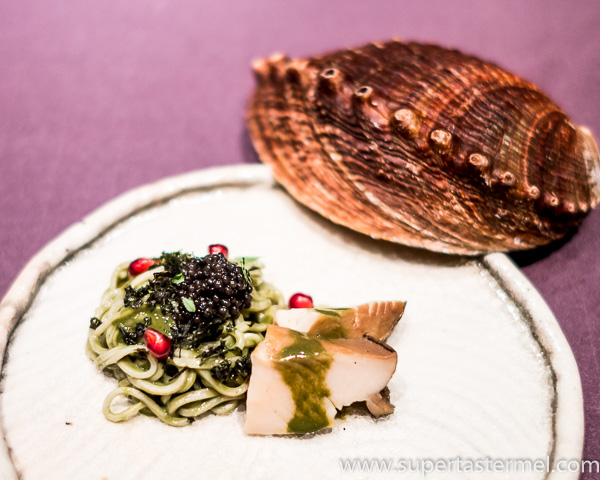 The Premium Foie Gras served with fresh figs, sesame cream sauce and wafer was also a reincarnation from before but with a much prettier presentation this time. The wafer was simply a delight to eat with its heavenly combination of flavors of figs and foie gras! 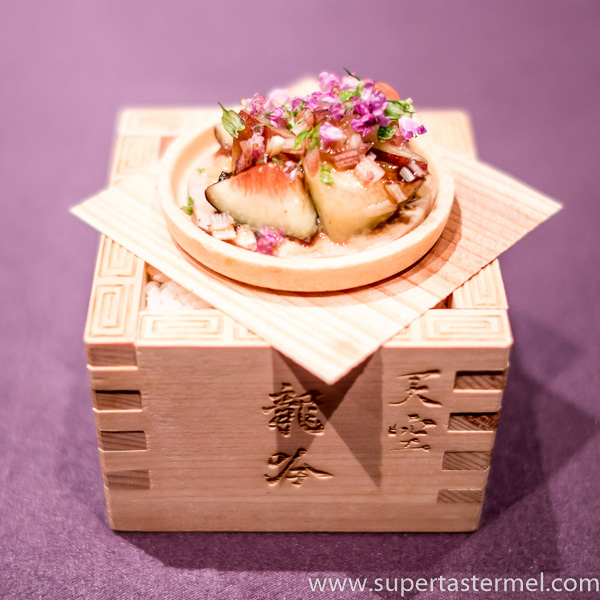 The Kegani Crab Dumpling and Matsutake Mushrooms in Ichibandashi soup was pleasant to drink and I was especially impressed with the crab dumpling which was packed with flavors. 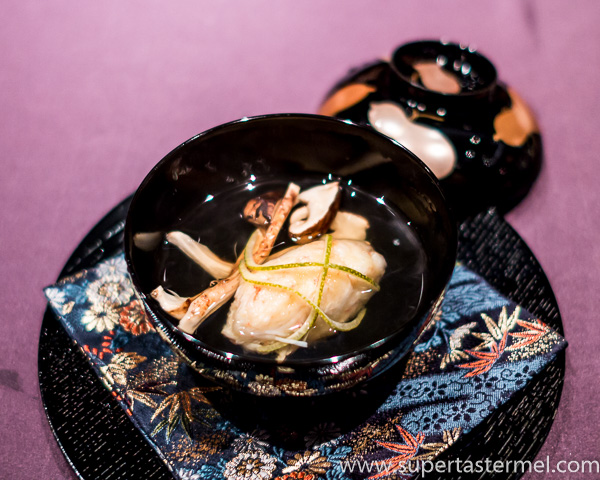 The Sashimi course was where Tenku Ryugin had failed last time and it seemed that they have learned from their mistake by cleverly hiding the shortcomings of their ingredients. The first dish was a hirame (flounder) served with ankimo (monkfish liver) where we were told to put the ankimo on the hirame and eat it together. The hirame by itself can be very bland especially when it's not fresh but combining it with the rich creamy flavors of the ankimo was smart and delicious as well. 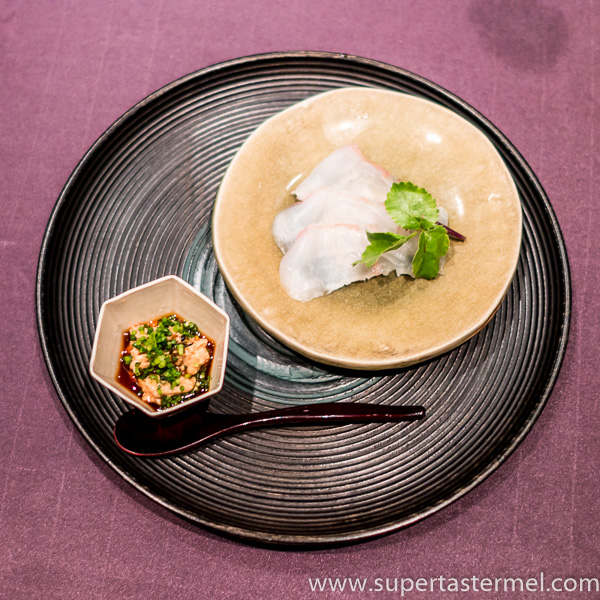 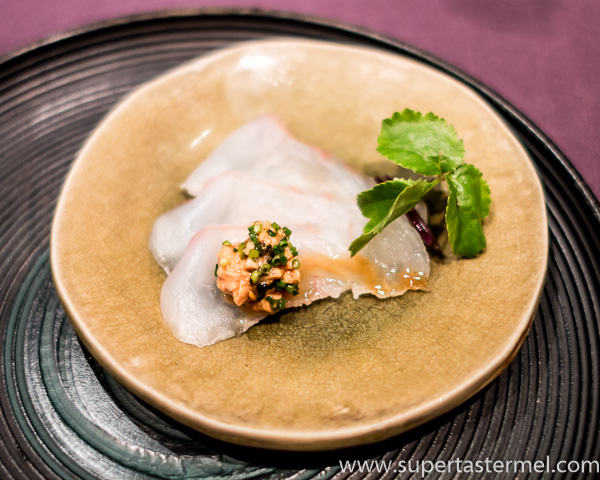 The second part of the sashimi course involved kinmedai (golden-eye tai) and hokkigai (surf clam) which were both slightly torched and resulted in nice flavors. 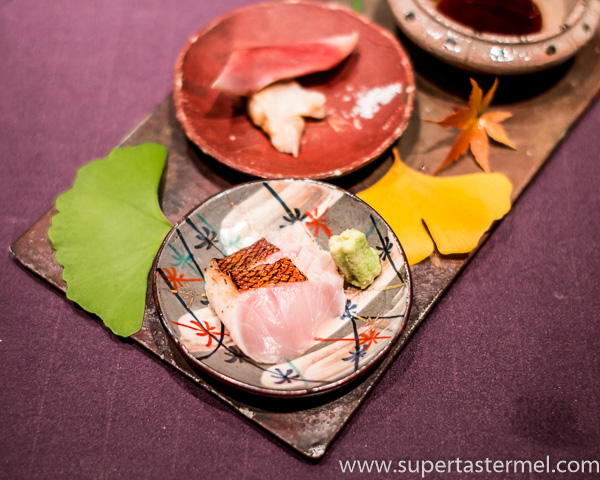 The Ryugin Style Charcoal Grilled Amadai served with crispy scales was one of the more impressive dishes of the night with its well-balanced flavors and contrasting textures that worked wonders on the taste buds. 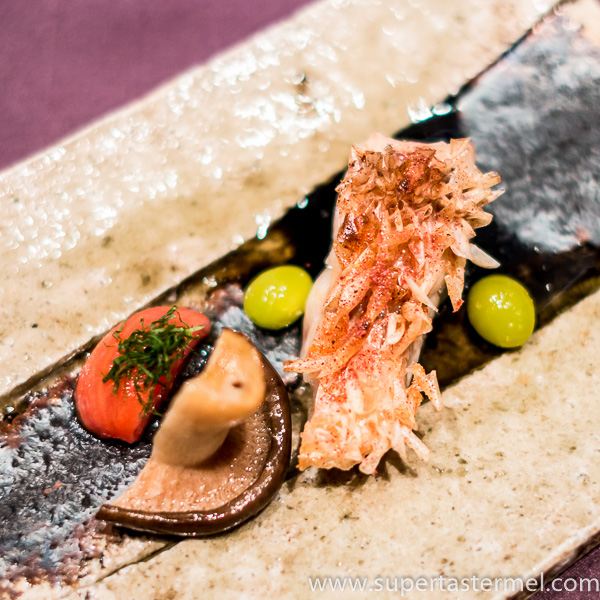 The Hot Shabu Shabu Miyazaki Wagyu Beef was solid and it was interesting to serve it with eggplant which had been wrapped inside the beef. The two went surprisingly well together while the texture of the beef was amazingly soft. 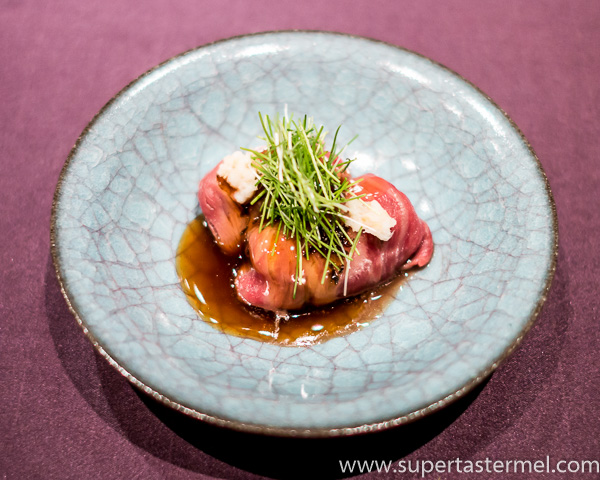 The Grilled Japanese Eel served with steamed rice was just okay though as I felt that the eel could have been more flavorful while the exterior could have been grilled just a bit longer. 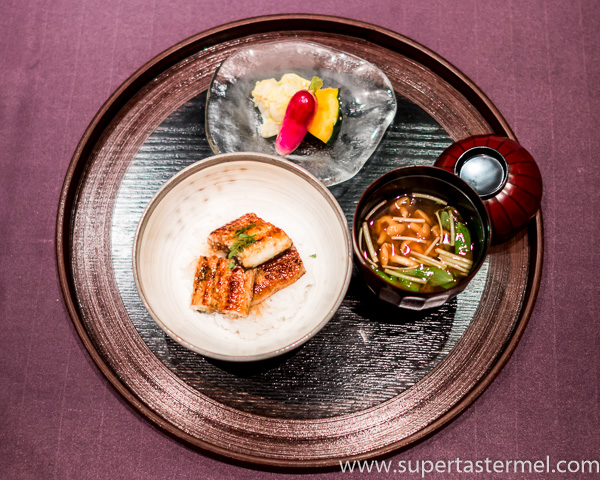 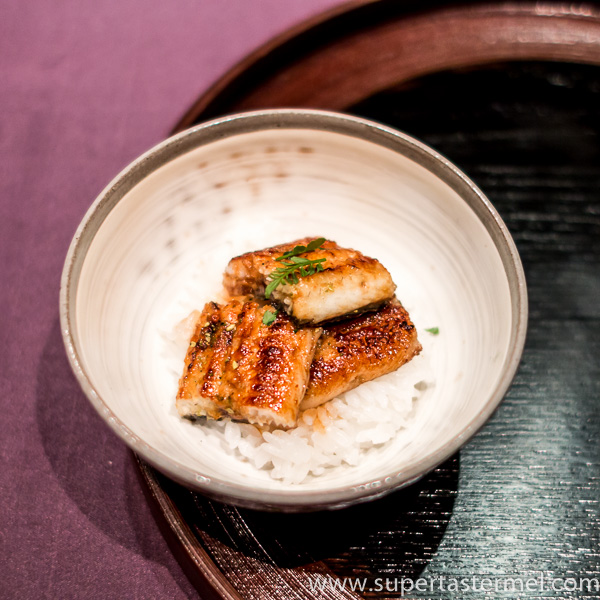 Moving onto desserts, the Ryugin Specialty -196°C Pear Candy and +99°C Pear Jam was another highlight of the meal as the presentation and flavors were both breathtaking! They change the fruit from time to time it seems as my dessert was an apple last time and I heard it was peaches before that. 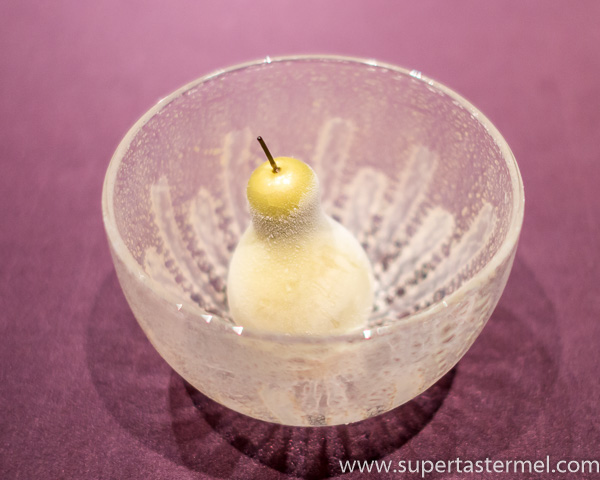 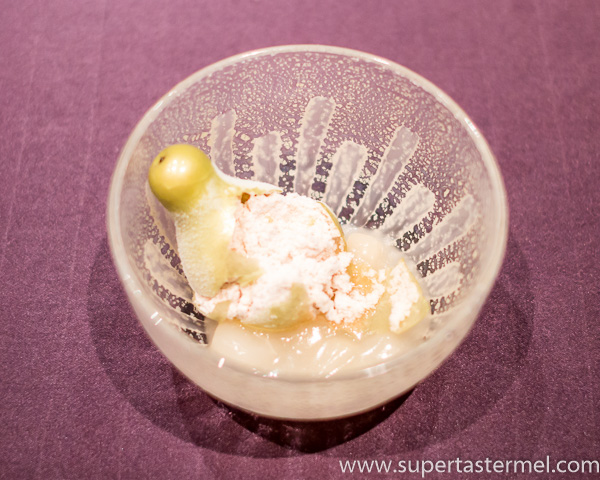 The last dessert was the Melon and Sake Kasu which was a bit average but admittedly it was a hard act to follow after the signature pear candy dessert. 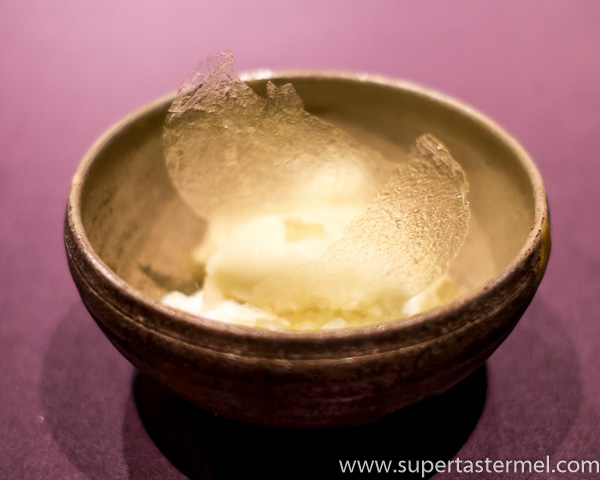 Verdict - the food at Tenku Ryugin was much more impressive than last time and I think it's probably one of the best places for Japanese kaiseki in Hong Kong with views to match!