It took a while but I finally paid a visit to Luk Yu Tea House for dinner last week - thanks to a friend who had arranged a special menu for us to try! Established in 1933, Luk Yu is an institution in Hong Kong serving high quality tea and old-school Cantonese cuisine and dim sum. I've been wanting to visit but have heard many mixed reviews from family and friends about the food and service (basically if you're not a regular, you will be treated poorly). That may or may not be true but since I had gone with a regular, we largely bypassed the service issues as we sat in a private room on the third floor. Food-wise, our friend had curated a selection of traditional dishes that can be hard to find nowadays and while not flawless, the food was largely solid with a few impressive dishes. 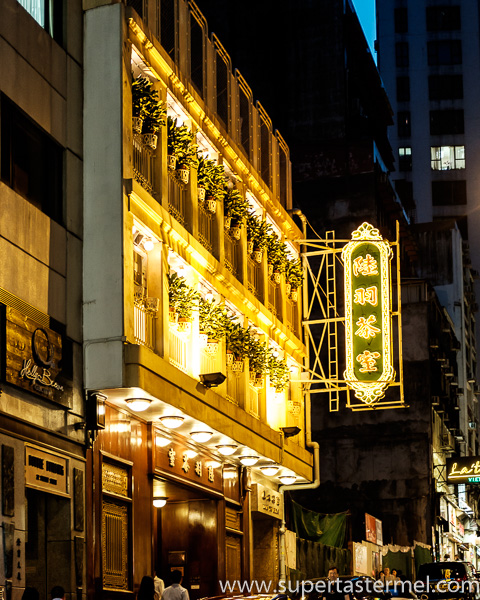 Our menu for the night. We actually had a fun debate about whether the menu was printed or handwritten (my money was on printed), and at the end the staff confirmed it was printed even though our organizer remained unconvinced. 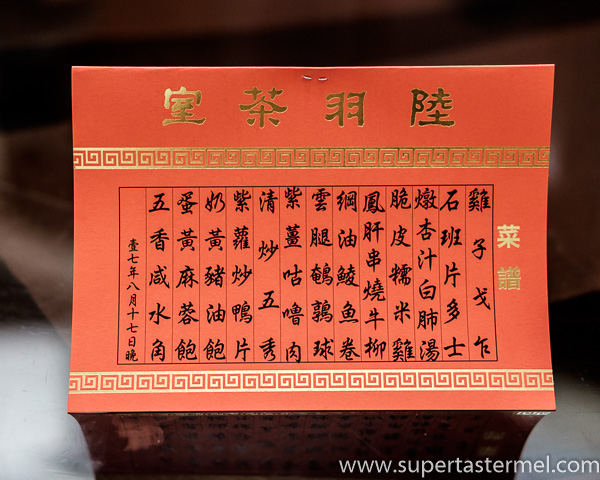 We started off our feast with a classic Pig's Lung and Almond Soup (杏汁白肺湯). The pig's lung was tasty but the soup was a bit too "almond" for my taste while the texture was gritty - for this dish I'd prefer the version at Fu Sing 富聲 in Wan Chai. 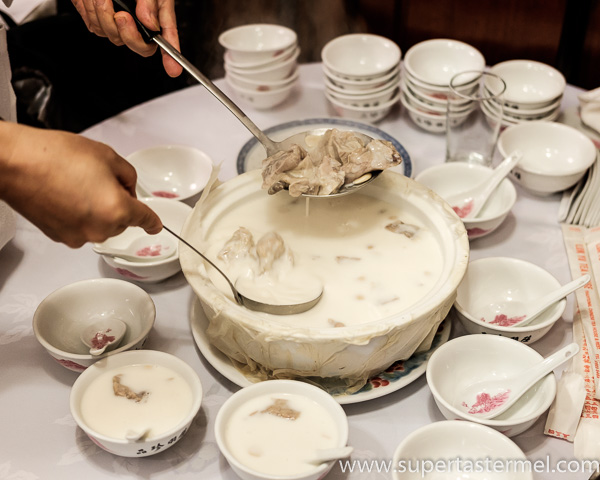 For the next three dishes, I've actually tried a version of them before at Seventh Son 家全七福 and I thought that on the whole the quality was slightly better and finer at Seventh Son. The custard filling inside the Deep-fried Chicken Broth Custard (雞子戈渣) could be smoother for example. 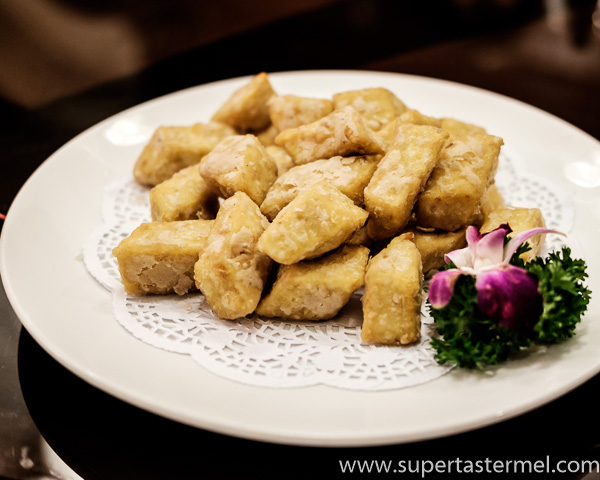 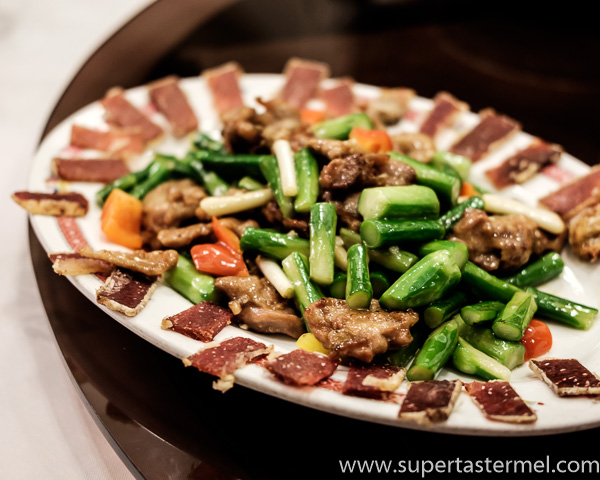 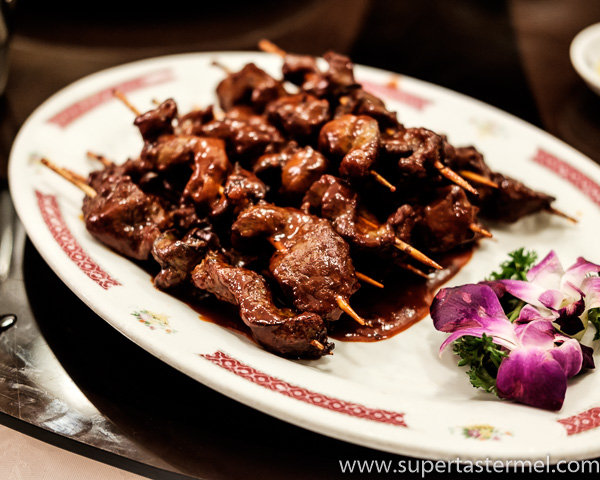 The Grouper Toast (石斑多士), however, was impressive and rare as prawns are usually used to make this traditional snack. The replacement with the fish worked nicely while the crispy toast was deliciously crunchy and not oily at all. 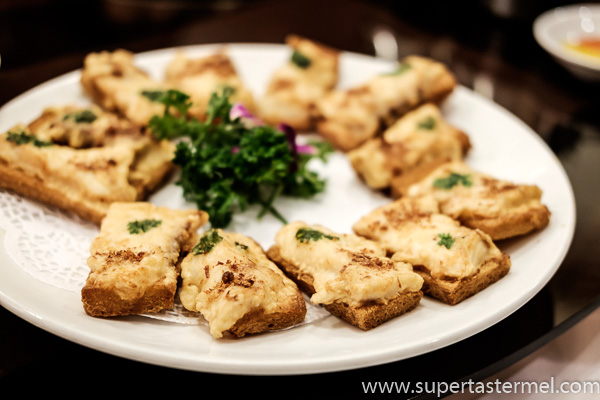 If you've been following my blog then you'd know that I love sweet and sour pork and I absolutely loved the one here! The Sweet and Sour Pork with Young Ginger (子薑咕嚕肉) was probably one of the best I've had in a while after the closure of Chau's Garden Restaurant 庭苑酒家中出會所 which served a really delicious sweet and sour pork with sticky sauce (拔絲咕嚕肉). The amount of sauce here was just right while the exterior was super crispy - just the way I like it! 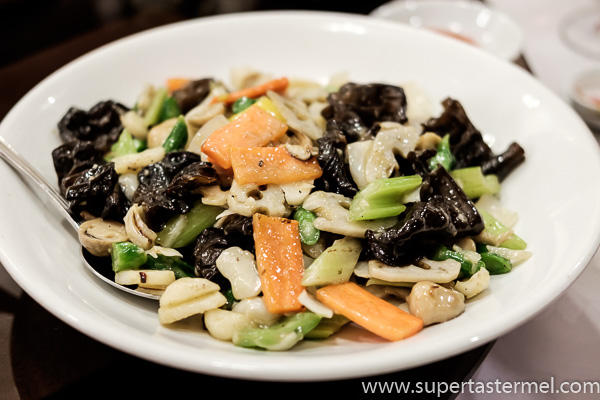 The Deep-fried Fish Roll (網油鯪魚卷) was a dish that I haven't tried before. The fish meat had been wrapped in a layer of caul fat (a membrane which surrounds a pig's stomach) before being deep-fried which resulted in a harder and crunchier shell with a faint taste of lard. 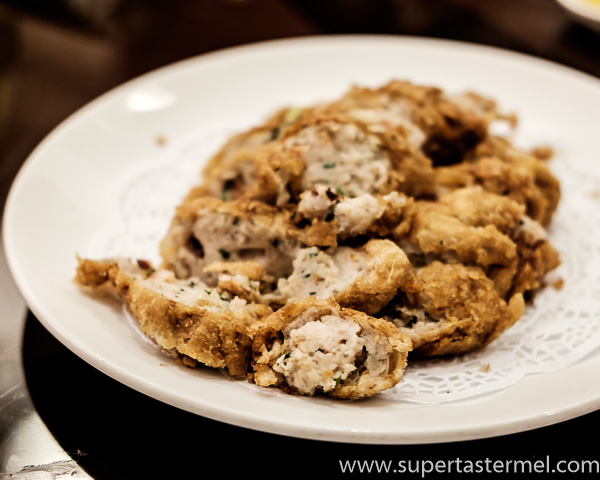 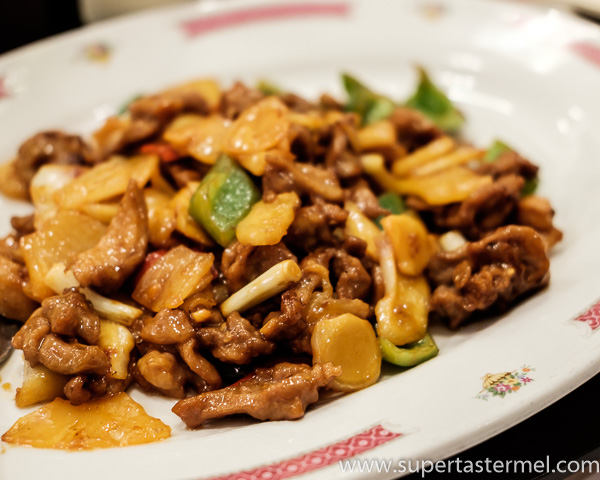 The Baby Pigeon Stuffed with Glutinous Rice (糯米乳鴿) was another first for me! Our friend had specially requested this dish because most restaurants only serve glutinous rice chicken (糯米雞) and even then it's usually wrapped in lotus leaf as dim sum rather the version where the whole chicken is stuffed with glutinous rice. Stuffing a pigeon is even harder because you'd have to debone it first and its small size can make the task rather tedious, so this is another rare dish that may be hard to find anywhere else! The glutinous rice was very nice but I thought that the pigeon itself could have been more flavorful. 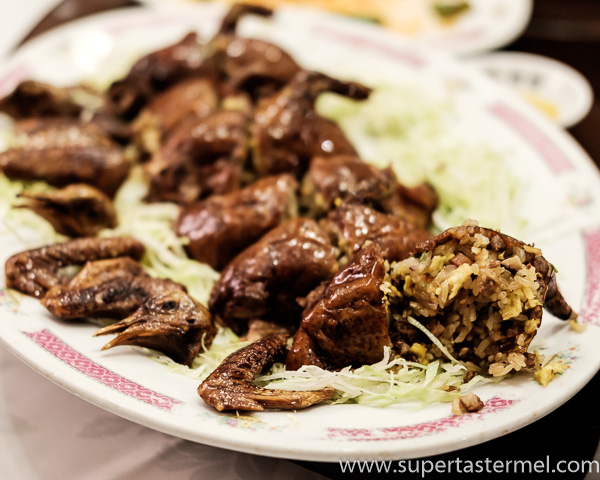 Finally we ended our meal with a few old-school dim sum starting with this super delicious Milk Bun with Pig Fat (奶皮豬油包)! It may sound gross but trust me it was really really good. The pig fat (冰肉) had been marinated with sugar and baiju until it's almost translucent which gives it a firm texture without any oily taste. The combination of the pig fat and the milk bun resulted in sweet and savory flavors that was simply irresistible! 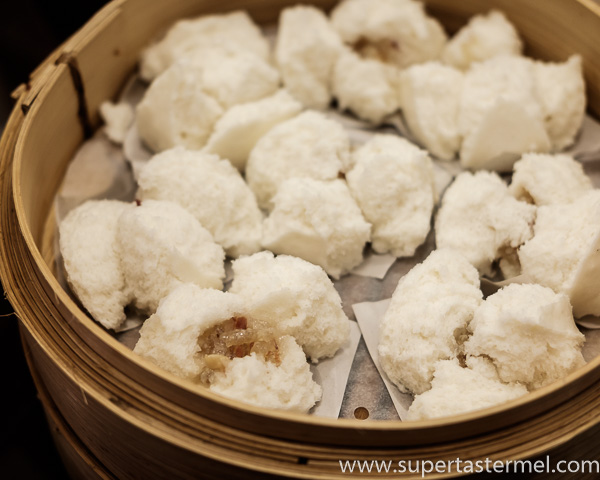 The Sesame Seed with Egg Yolk Bun (麻蓉包) was another highlight for me. It was my first time trying this dim sum (it's not commonly served now) and the aroma of the sesame was enthralling while the taste was not as sweet as the more common lotus seed bun. 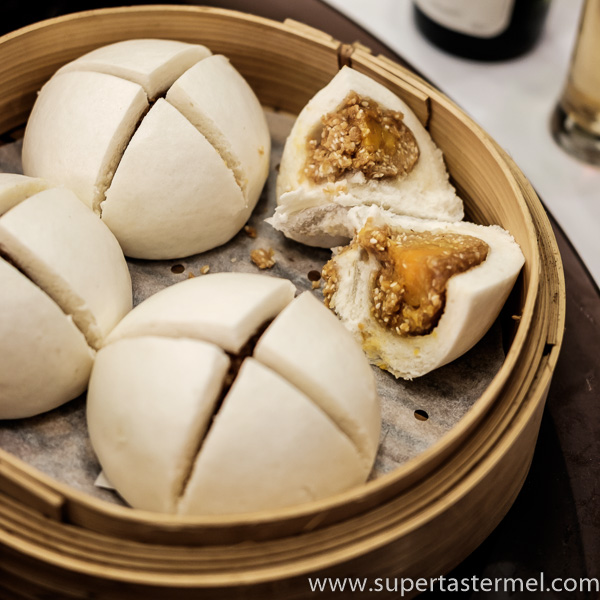 I've had Fried Dumplings (上湯鹹水角) before but it was my first time having it with a savory broth! The broth served to cut through the fattiness of the fried dumpling and I quite liked this novelty way of eating it. 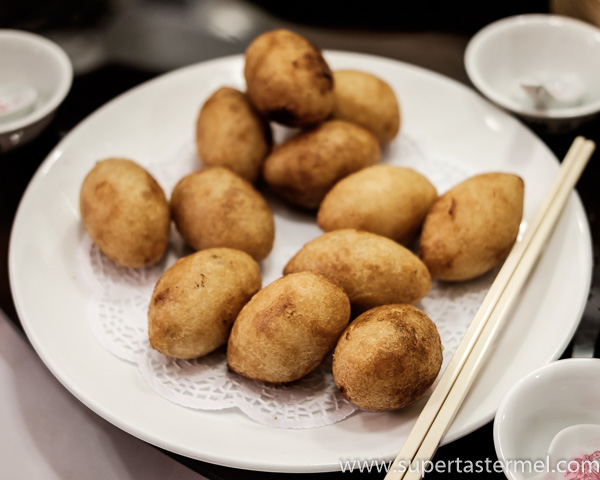 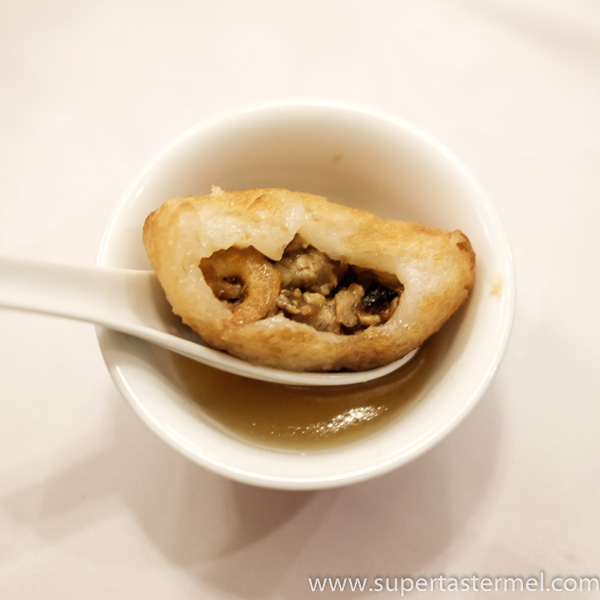