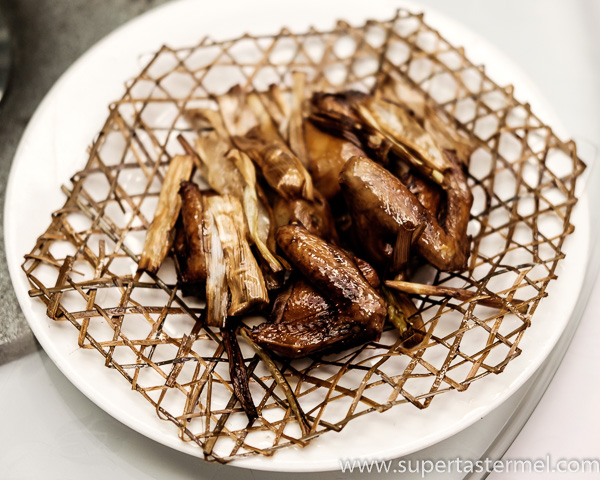 Checked off yet another Cantonese restaurant I've been wanting to try - thanks to a friend who had arranged a dinner at Kin's Kitchen 留家廚房 last week! Opened by famous local food writer Lau Kin Wai, the restaurant specializes in traditional and casual Cantonese cuisine but with modernized touches such as the use of sous vide and pacojet machines which allows the ingredients to retain its natural flavors and elevates the dishes to the next level.

We started with one cold and hot appetizer each starting with this Cold Abalone with Chinese Shaoxing Wine (涼拌醉鮑魚). It was rather interesting to use the Shaoxing wine here which made it taste the Drunken Chicken dish (which I love) but with abalone instead. 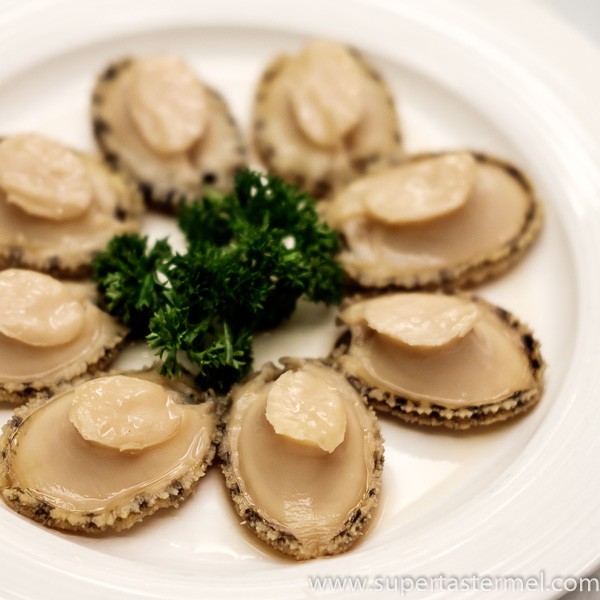 I've had this traditional Deep-Fried Chicken Broth Custard (太史戈渣) at 3 different places now - Seventh Son, Luk Yu and Kin's Kitchen - and I have to say that I think Kin's Kitchen's version is slightly better than Seventh Son's and much better than Luk Yu's. 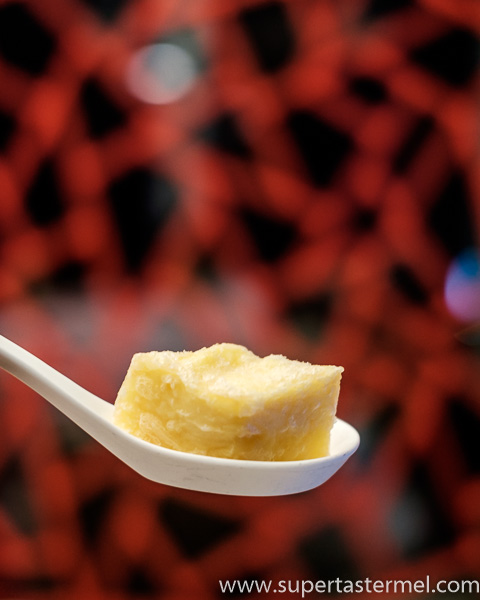 The Spinach Soup with Fresh Crab Meat (鮮蟹肉菜苗羹) was an interesting fusion of modern technology with classic ingredients. The ingredients had been placed into a Pacojet and frozen for at least 24 hours before being pureed into ultra-fine textures. This technology allows the ingredients to retain its flavors because otherwise the heat from traditional blending would dissolve some of the tastes. I'm usually not a big fan of spinach but this spinach soup is probably one of the smoothest Chinese soup I've ever had. 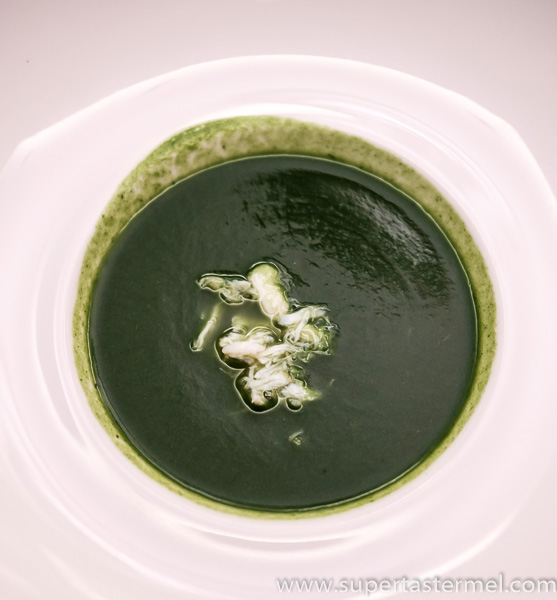 The Fried Pigeon with Chinese Leeks (京葱炸乳鴿) was one of my favorite dishes of the night with its incredibly smoky flavors - almost rivaling the one I recently had at the now-closed Yun Yan.

The Stir-Fry River Shrimp with Indian Almond (清炒欖仁河蝦仁) was similar to the classic Shanghainese dish but with a lovely addition of toasted almonds - adding some nutty flavors to the otherwise simple dish. 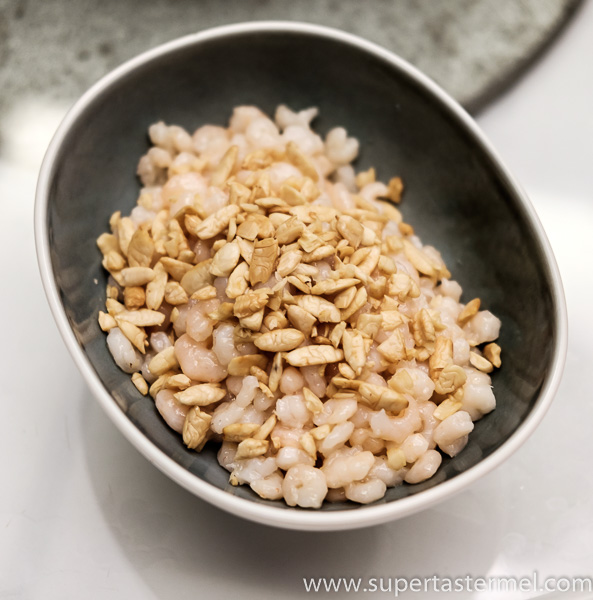 For the next two dishes, we got to try some special mushrooms which are in season now including the Ganba Jun, Termite Mushroom and White Porcini. 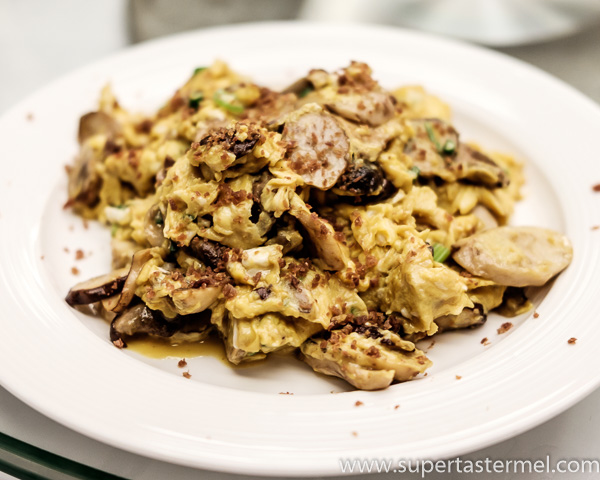 The Salt-Baked Chicken with Ganba Jun (干巴菌鹽焗雞) was another favorite of the night with its incredible flavors from the chicken and the rare Ganba Jun from Yunnan. 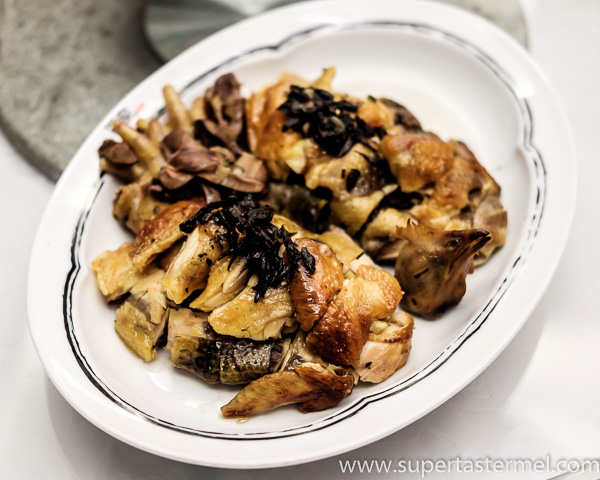 The Chiu Chow Style Steamed Pomfret (潮式炊鯧魚) was a surprise hit for me with its sweet and sour flavors from the use of preserved mustard greens, pickled plums, tomatoes and mushrooms to steam the fish. 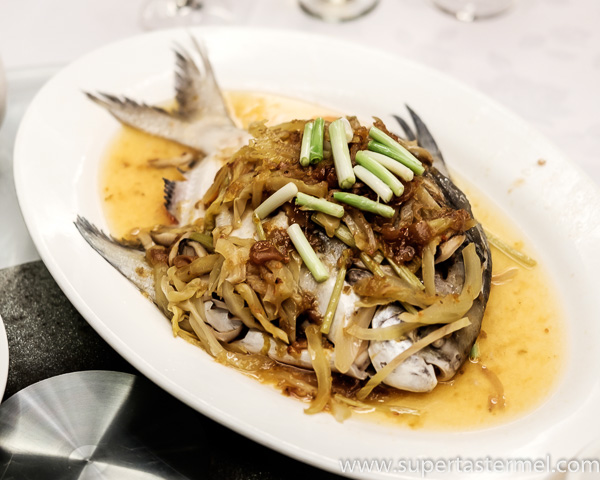 The Braised Winter Melon with Termite Mushroom (野山椒雞瑽菌炆冬瓜) was deliciously spicy with the use of wild mountain pepper. 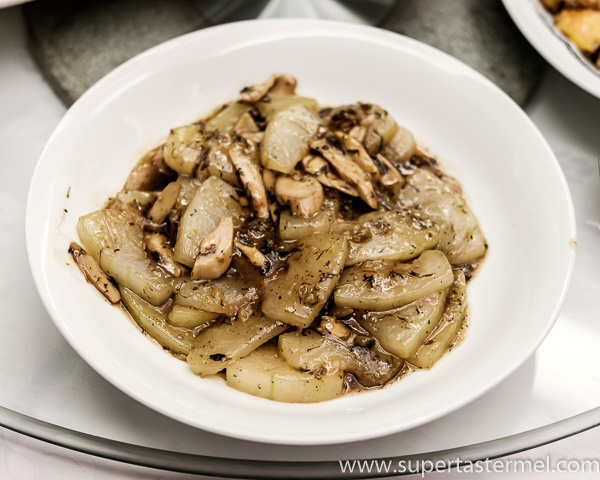 The Jook-sing Noodles with Shrimp Roe and Scallion (蝦子薑葱竹昇麵) at Kin's Kitchen uses noodles from a famous local noodle shop in Cheung Sha Wan. Real jook-sing noodle are hard to find nowadays as it requires the chef to ride a bamboo log to press the duck eggs, flour and other ingredients together (you can imagine how labor intensive this is). The result though is deliciously chewy and bouncy noodles - one taste and you can't forget the texture. 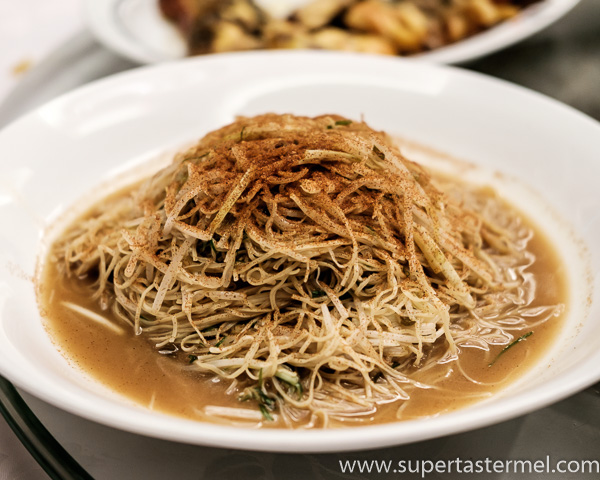 Lastly, we ended with this Almond Tea with Poached Pear (燉香梨杏仁茶) where the aroma of the pear and almond tea came together nicely. 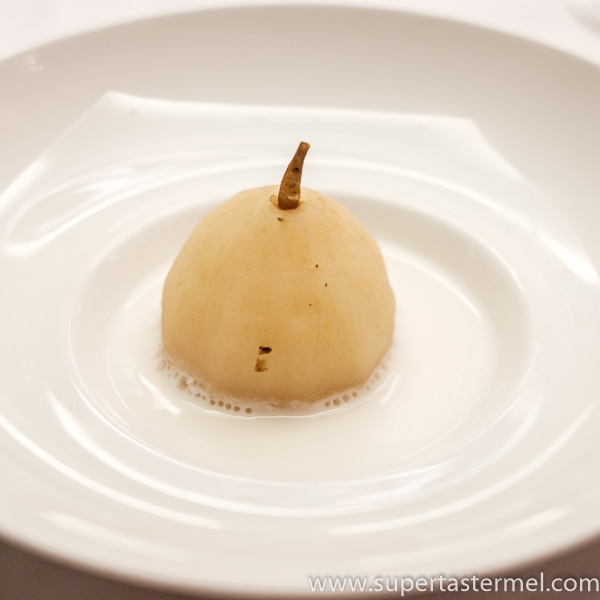