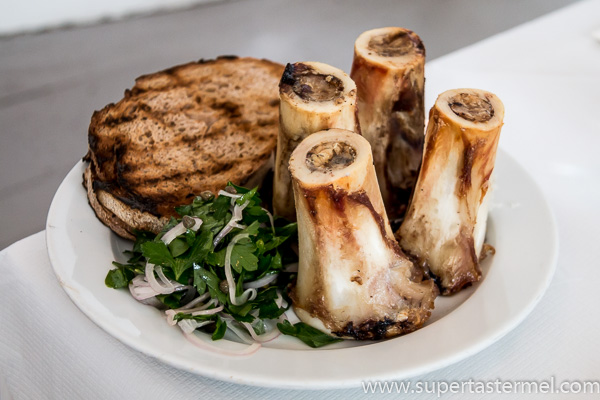 After Croatia, we had a brief stopover in London and had lunch at St. John Restaurant which is best known for its nose-to-tail concept by putting every part of the animal to good use (think offal and rare cuts of meat)! The restaurant utilizes seasonal British produce and applies straight forward cooking techniques to let the ingredients shine for themselves. The front of St. John was unassuming and we had to walk through the downstairs bar and bakery before climbing a short flight of stairs to the main dining room. The menu changes daily and consists mainly of a la carte dishes - the portions were big and flavors were heavy so we opted for 3 savory dishes to share between the two of us which was more than enough. A side note about the service - I've read some reviews concerning service issues and for the most part, I thought the service was adequate. Some of the staff may be a bit rough around the edges but I think it fits in with the casual and simple vibe of the restaurant. 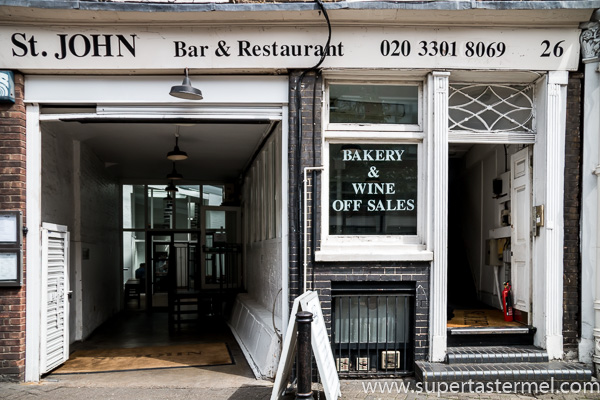 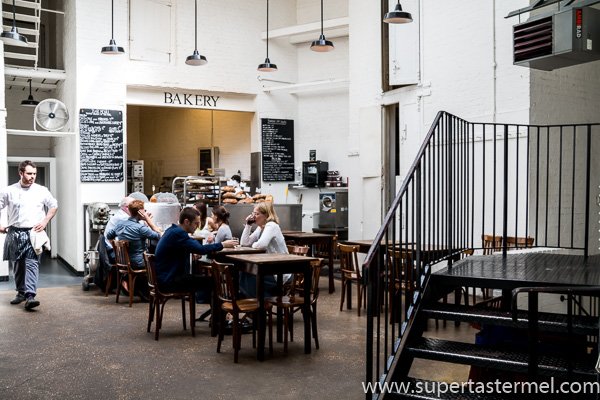 The Roast Bone Marrow and Parsley Salad (£9.20) has become something of a signature dish here and one bite will tell you why. Unlike some places that like to dress up the bone marrow with other ingredients, it's kept minimal at St. John. The veal bones are simply roasted in the oven and served with a dash of coarse sea salt on the side along with grilled crispy sourdough bread and parsley salad. While it may not be the best bone marrow I've ever had, it was rich and flavorful while well-balanced by the salt and the acidity of the salad. 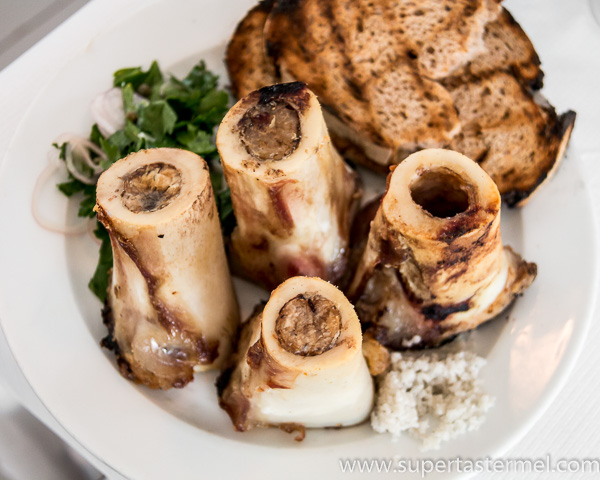 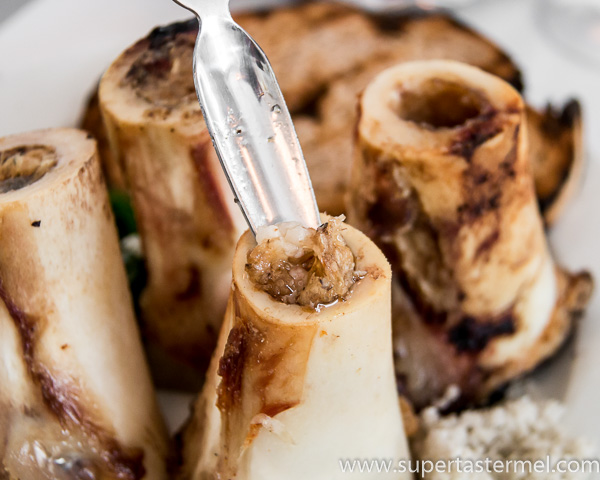 The Black Cuttlefish and Onions (£11.80) was less impressive however. It was flavorful enough but the temperature of the cuttlefish was cold in some pieces and lukewarm at best with the rest. Our waitress told us that it was freshly prepared but it was weird that some pieces would still be cold but thoroughly cooked, so it seemed to be reheated but the distribution of heat was not even. They did eventually take it off our bill after they asked me what I thought of the dish. 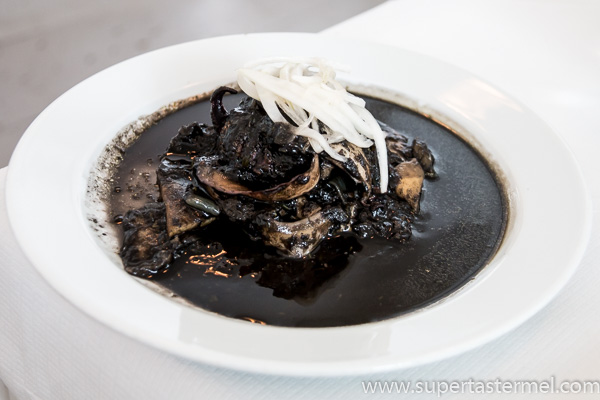 The Braised Rabbit, Mustard and Bacon (£19.80) redeemed the meal after the disastrous cuttlefish - it was a hearty dish that had us lapping up all the flavorful sauce with the perfectly cooked meat. 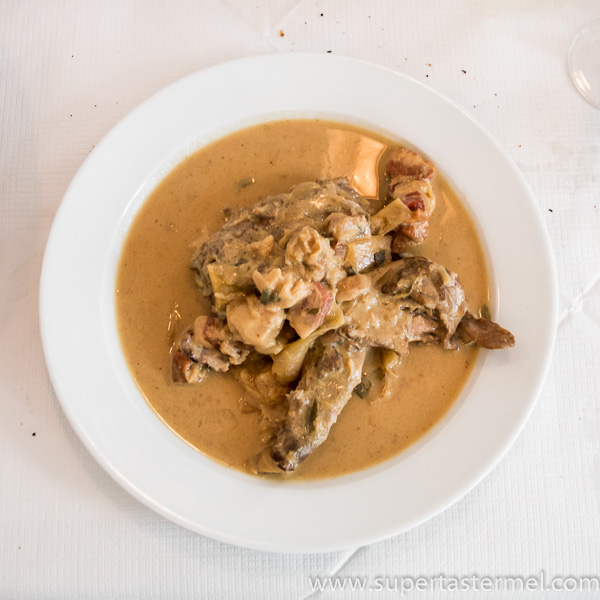 There were quite a few choices for desserts and I had a hard time choosing at first but J picked the Bread Pudding and Butterscotch Sauce (£8.40) while I settled on the Profiteroles and Chocolate Sauce (£8.90). J didn't like his pudding though as he thought it was too dense while the profiteroles were solid but could be better (the pastry was a bit hard). 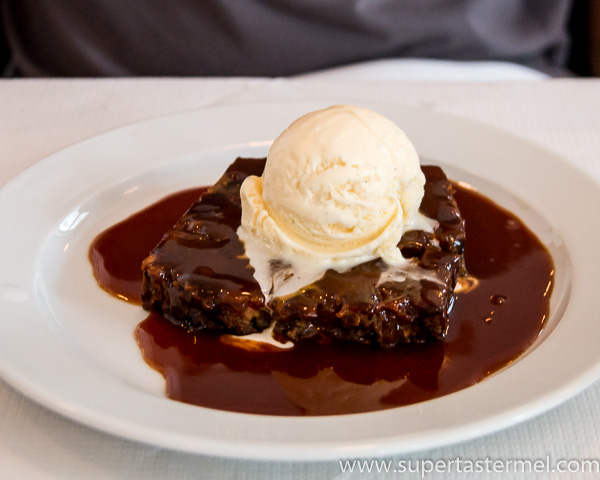 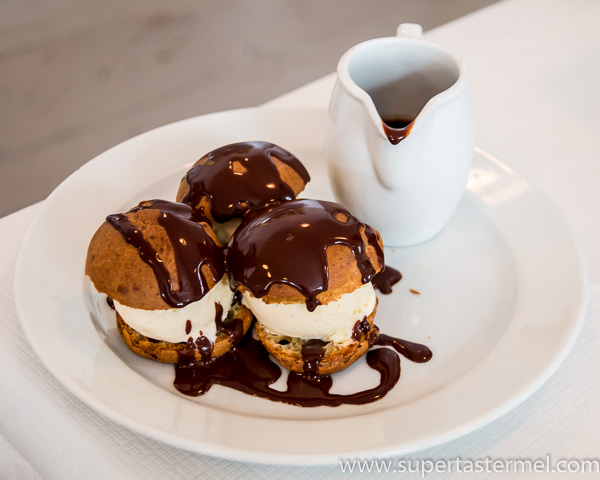 Our experience at St. John was a bit mixed but perhaps we needed more people to try more dishes and experience all that the restaurant can offer.