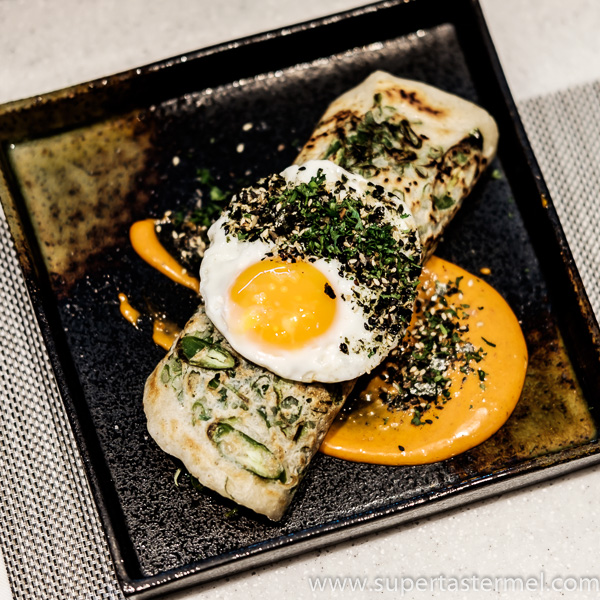 A few friends had recommended Gen Creative to me so I decided to have dinner there one night when I was in Taipei last month. Founded by 3 chefs of different nationalities (Taiwanese, Korean and Guatemalan), Gen Creative is a modern and casual restaurant serving creative American fusion cuisine. We sat on the counter where we were treated to unrestricted views of the open kitchen. The menu changes often and is simply divided into 5 sections - Snacks, Earth, Sea, Land and Sweets Creative. The dishes are all for sharing and so for 2 people, they recommend that we pick one dish from each section so we did just that. The food definitely reminded me of some of Korean fusion that I had in New York and we really enjoyed the food and the atmosphere at Gen Creative. 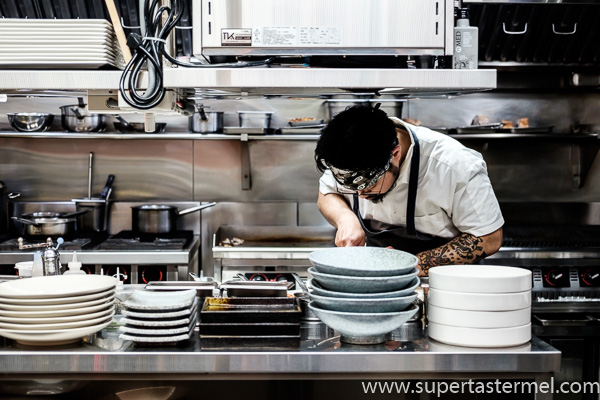 The Fried Soup with Sweet Onion, Parsley, Parmesan (NT$300) pleasantly surprised us as it was like eating a French onion soup in one bite - as soon as we bit down on the crunchy fried cube, an explosion of flavorful soup was unleashed into our mouths. 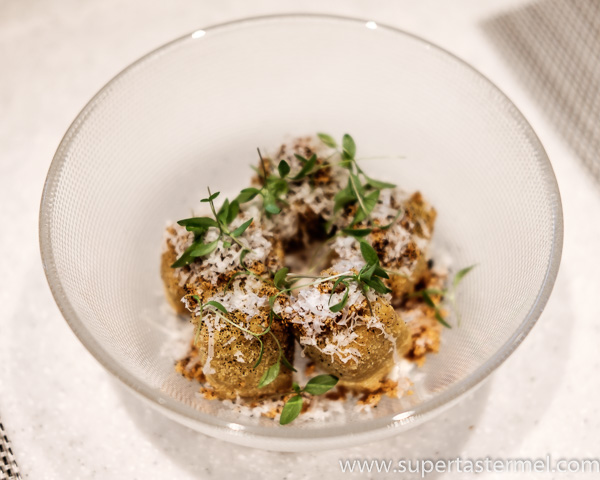 The Pancake with Farm Egg, Furikake, Sweet Chili (NT$320) was like a twist on the Korean pancake with its chewy pancake and delicious chili sauce.

The Local Clams with Celery, Marble Potatoes, Smoked Bacon (NT$590) was probably the only miss of the night. The clams itself were plump and juicy but the sauce (broth?) which tasted like a cross between a potato soup and clam chowder didn't really do much for it - I would say that the sauce overwhelmed the flavors of the clams actually. 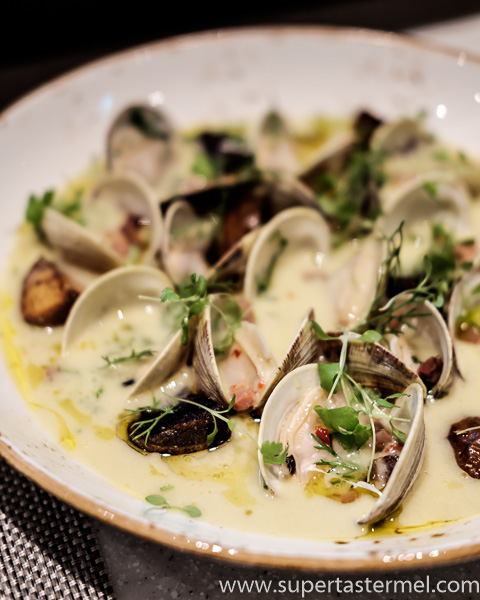 We were going to order another main dish at first but then we saw the Bossam with Pork Belly, Ssam Dip, Cucumber, Kimchi (NT$640) at a neighboring table and switched to that instead. And we were glad we did! All the ingredients were of quality from the pork belly to the condiments - I especially loved the spicy radish cubes. 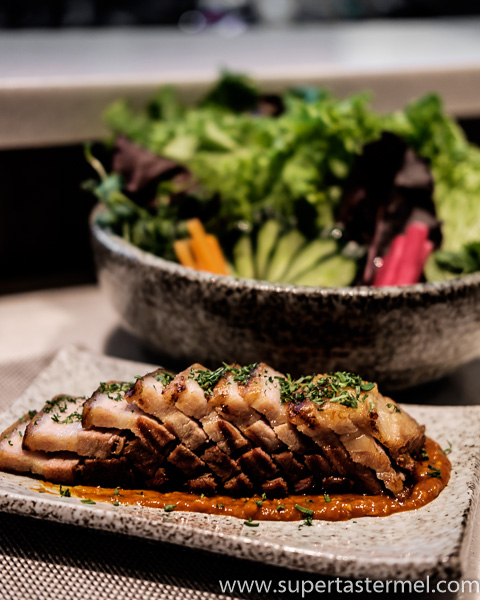 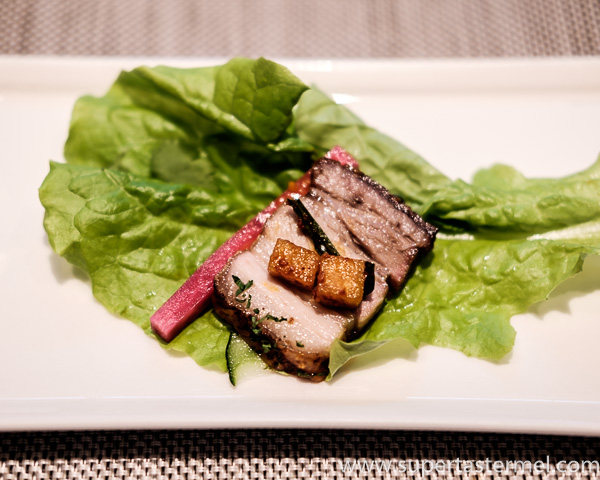 Since we were sitting at the counter, we had been watching the desserts being made in front of us all night and the Drunken Monkey with Spiced Rum, Banana, Barley, Blond Chocolate (NT$450) caught our eye. The souffle was well-made while the flavors were well-balanced and not too heavy at all. 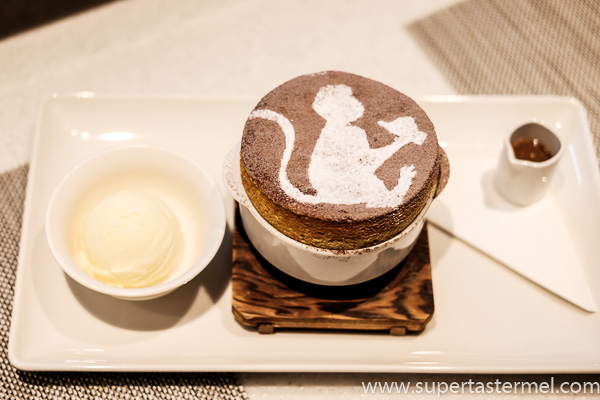 At the end of the meal, we were given a giant fortune cookie which cheekily contained our fortune and also our bill. 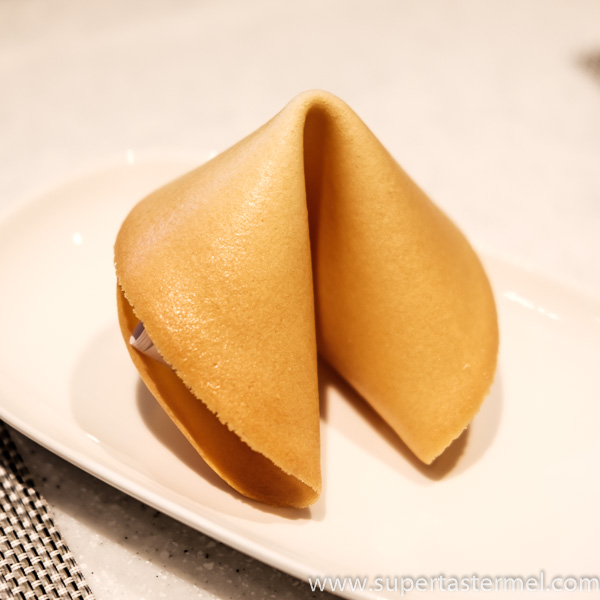