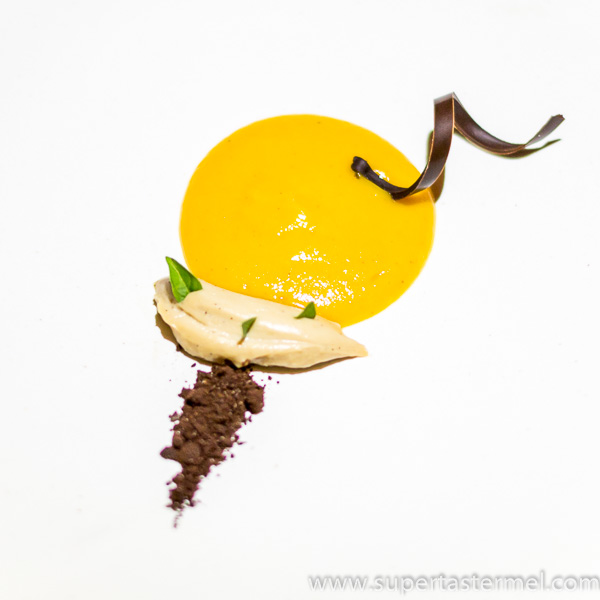 One of the main reasons we visited Sao Paulo was to eat at D.O.M by Chef Alex Atala. Featured on Chef's Table in season 2, the restaurant has 2 Michelin Stars and is ranked #16 on the World's 50 Best Restaurants 2017. D.O.M. stands for Deo Optimo Maximo which translates as 'To God, The Good, The Great' - a motto often used to indicate places where weary pilgrims could eat and rest. From the Chef's Table episode, we understand that the chef fell into this profession by accident, trained in Europe and came back to Brazil to ultimately open his own restaurant. At the time when only French or Italian fine dining was available, he chose to serve modern Brazilian cuisine with a focus on produce from the Amazon forest.

While we did get to try unique Amazonian ingredients, the meal was ultimately a disappointment. We thought the flavors just weren't as well-balanced as other restaurants we tried in Brazil like Oteque and Mani. Maybe it had to do with the menu we chose to try. The restaurant offers 3 types of tasting menus - Vegetable Kingdom (starting from R$375) which is described as an amazing and captivating experience; Optimus (R$485) which is a travel through Brazilian flavors and includes fishes, seafood and meat; and Maximus (R$645) which is a deep and complete Brazilian experience. We chose the Vegetable Kingdom thinking that it would allow us to experience all that the Amazon forest has to offer, but most of the dishes we tried failed to impress.

The ambiance and the service were also very stiff. The space was very dark and quiet like a pretentious French restaurant - it was hard to see the menu and what our dishes looked like. The staff mostly recited ingredients and that was the extent of the service - it's probably hard to find staff that can speak English in South America but still a smile wouldn't hurt. 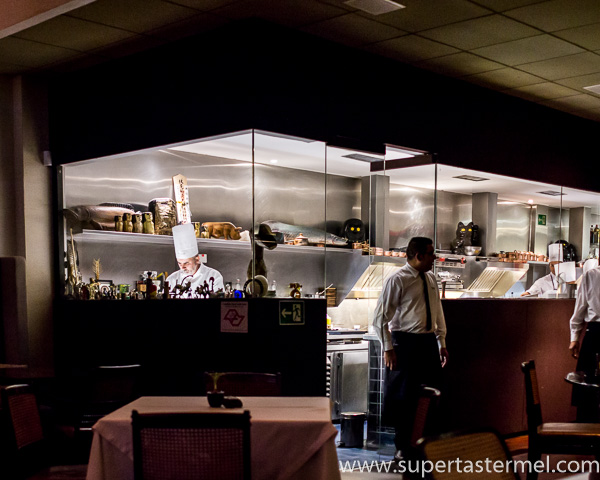 We started with a bite of Cachaca and Lime and boy was it strong! Cachaca is a distilled spirit made from fermented sugarcane juice, and it's used in popular drinks like the caipirinha in Brazil. The candy exploded in our mouths and unleashed basically pure cachaca so it was like taking a shot. I didn't think the strong liquor was appropriate as a palate cleanser, and thus this sets the tone for the rest of the meal. 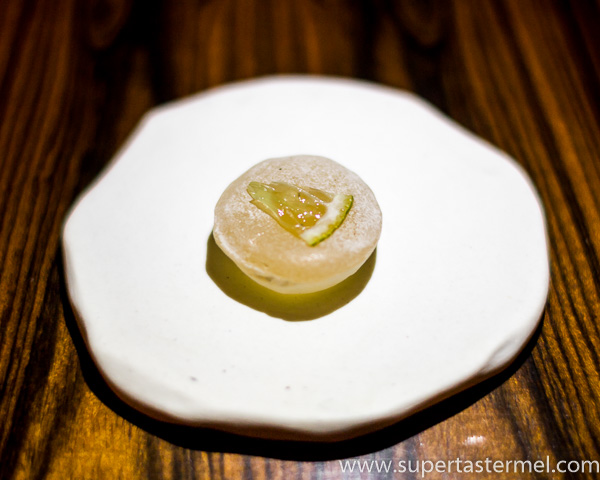 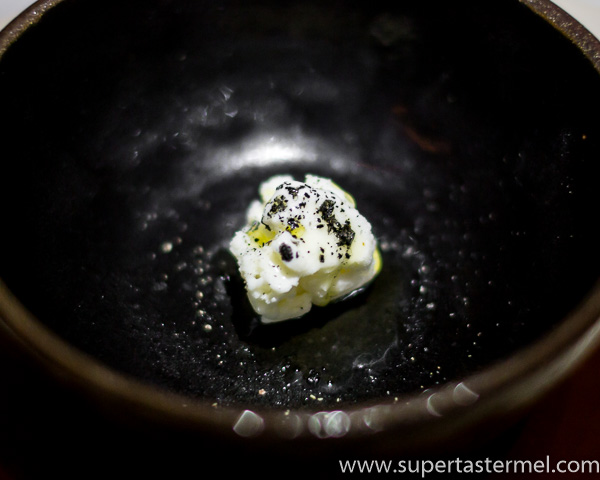 I actually quite enjoyed this bite of Mango, Coconut and Seaweed. 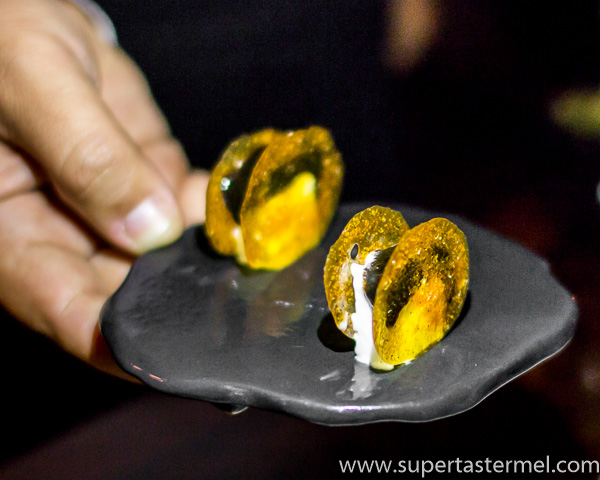 This platter of Roasted Corn/Cherry Tomatoes and Canastra Mountain Cheese/Biscuit with Yanomami Mushroom/tTapioca Biscuit with Curd Noisette was mostly unmemorable. 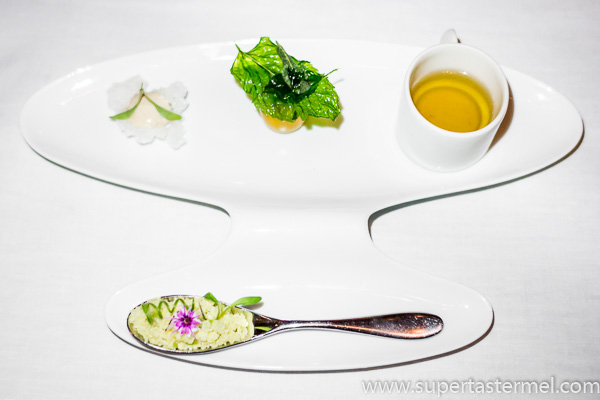 While it was interesting and bold to serve just flower petals in this Flowers Ceviche and Native Brazilian Bee Honey, it also just tasted like that...petals. While edible flowers are common in fine dining for plating purposes, I never liked eating them and this whole dish was just flowers. The honey was nice but I just wished something else was used instead so I can enjoy it better. 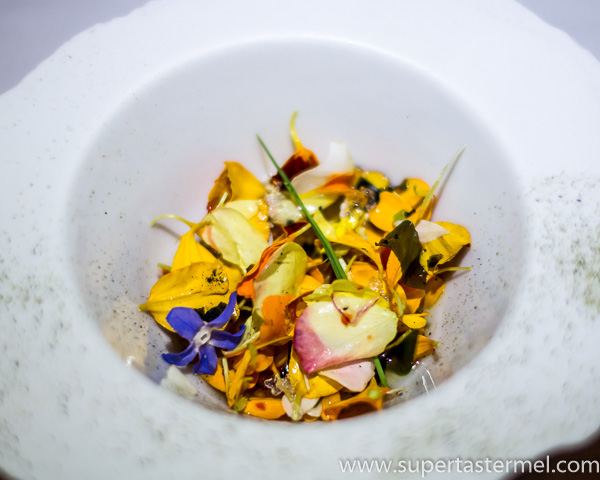 The Manioc Beiju is a type of native Brazilian bread that is like a grainy pancake and we found it to be really oily (you can see the discoloration from the butter(?) in the picture). With it, we were served baked and caramelized garlic, and curd with mantiqueira mountains olive oil. 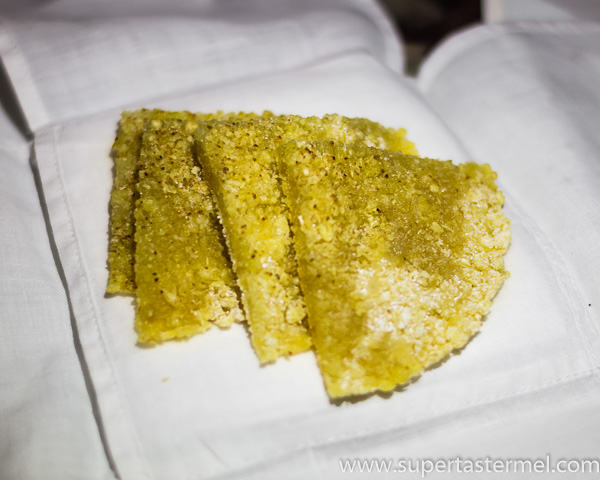 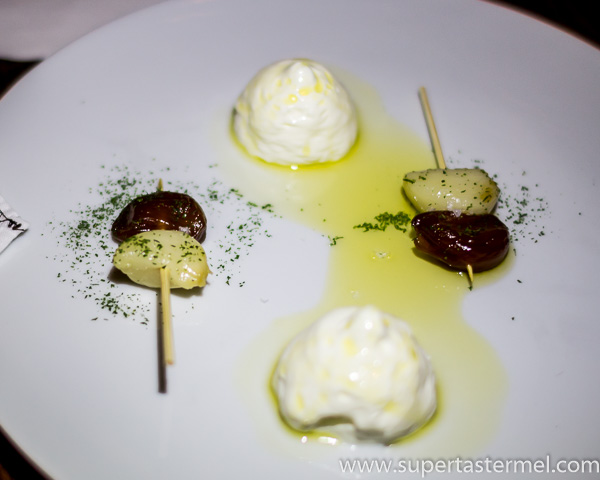 The Cheese Bread (Pão de Queijo) was perhaps the most disappointing of all because we love Brazilian cheese bread and this version was hard and not mochi-like at all. 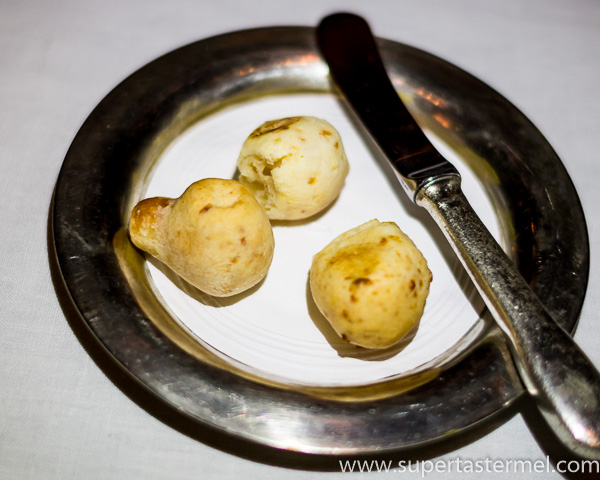 Lightly Toasted Black Rice with Green Vegetables and Brazil Nut Milk - I'd expected the sweetness of the milk to balance the flavors but all I could taste was toasted black rice. 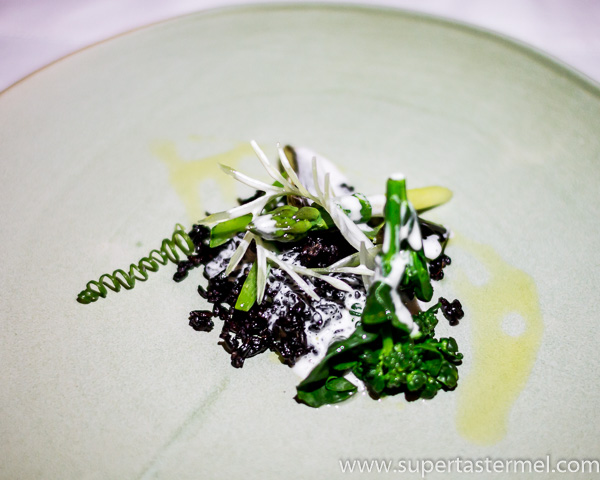 Feijao Manteiguinha (Northeastern Brazilian Bean) with Kale Cream and Corn Flake - we were told to mix everything together before eating, and it was fine but the flavors just weren't that exciting to be honest. 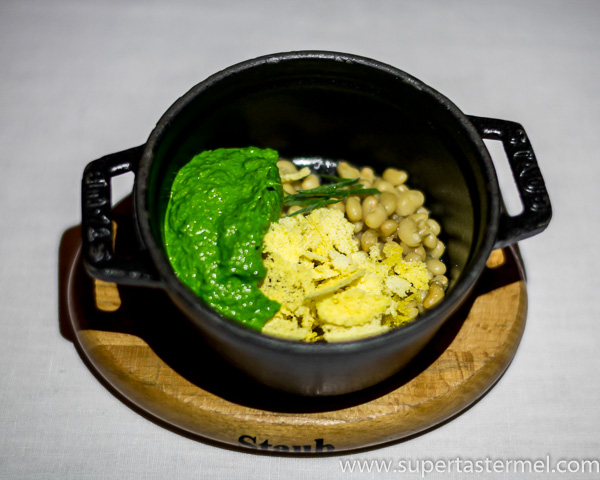 The Heart of Palm Fettuccine with Yanomami Mushroom was perhaps the best dish of the night. It's a signature dish of the chef, and the umami flavors from the mushroom broth and springy textures from the heart of palm were the highlight. I just wish there were more dishes like this. 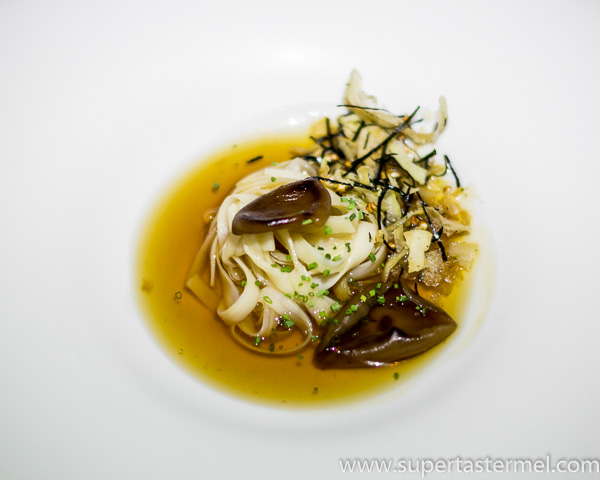 We thought the flavors in the Roasted Corn were rather one dimensional. 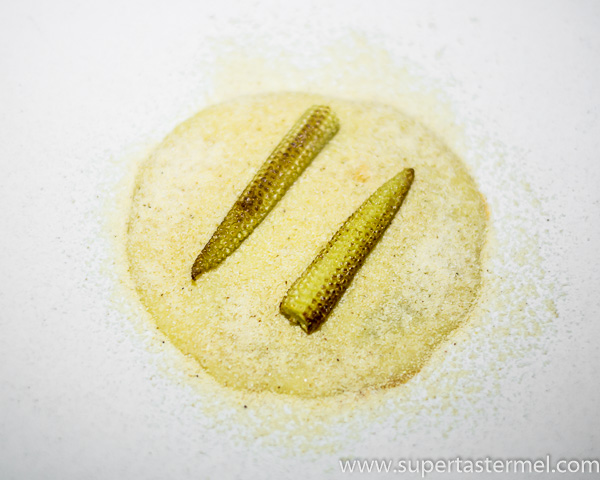 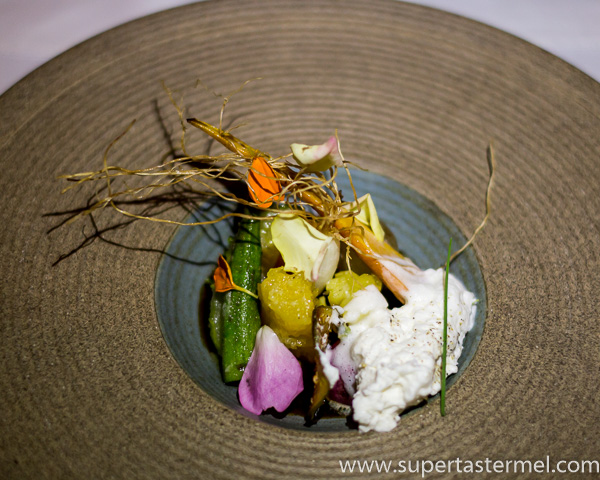 The Aligot is their version of a classic from Auvergne in France. It's comprised of potato puree, gruyere cheese and queijo Minas (cured cheese from Minas Gerais state). 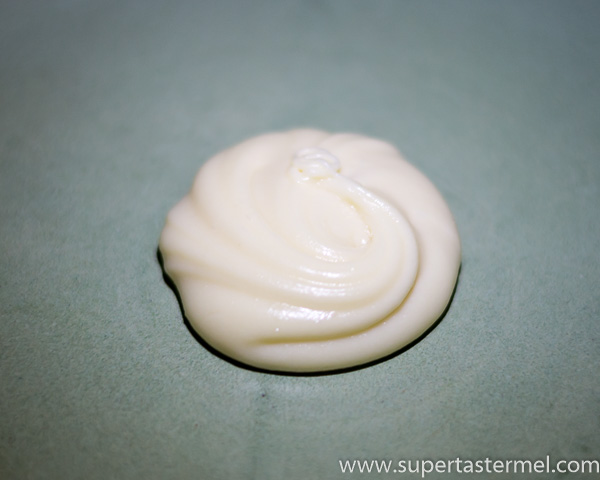 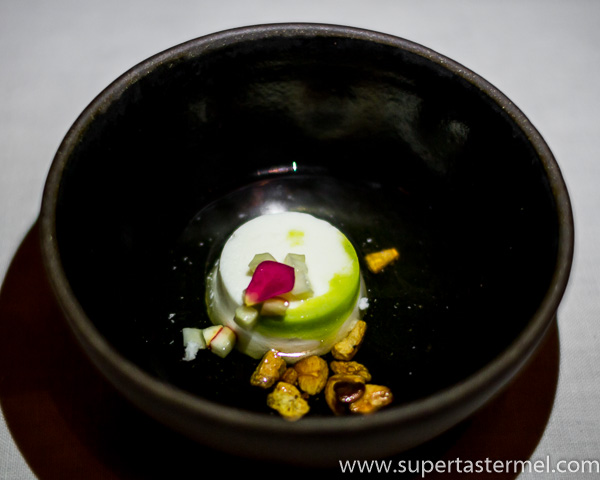 The final dessert Charcoal Grilled Mango with Amazonic Seed (Puxuri) Cream took me by surprise but in a bad way. When I saw my favorite fruit, I thought "yay I get to taste the mangoes here". Then I took a bite and I was immediately taken aback by the intense smokiness in the mango. It totally overwhelmed the sweetness of the mango and our meal ended just as we had started - with flavors that were smacked in our faces but sadly off-balanced. 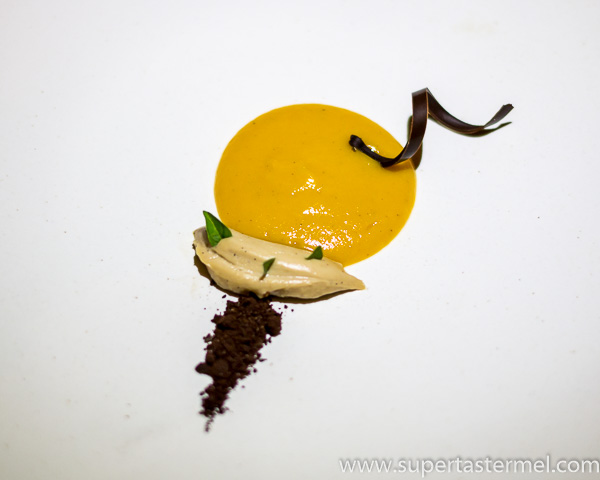