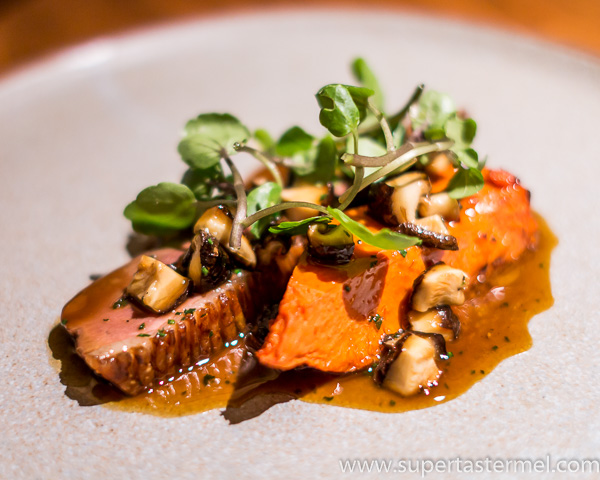 From Buenos Aires, we made our way to Rio de Janeiro in Brazil and the only meal we had there turned out to be our favorite of our trip to South America this time! Highly recommended by a local foodie, we had dinner at Oteque - a new restaurant opened only a few weeks ago by Chef Alberto Landgraf. The chef trained in UK under Tom Aikens and Gordon Ramsey before opening the 1 Michelin-starred Epice in Sao Paulo, and for romantic reasons, closed down his acclaimed restaurant in order to move to Rio.

Although we had an unfortunate issue with our taxi driver, as soon as we entered the restaurant, the warm and relaxed ambiance calmed us down and we settled in for what would turn out to be a very good meal. It was our first time trying fine dining in Brazil and we weren't sure what to expect at first, but we were pleasantly surprised with Chef Alberto's cooking. As one of the young leading chefs in Brazil focused on modern Brazilian cuisine, we found a lot of depth in his food despite his age. 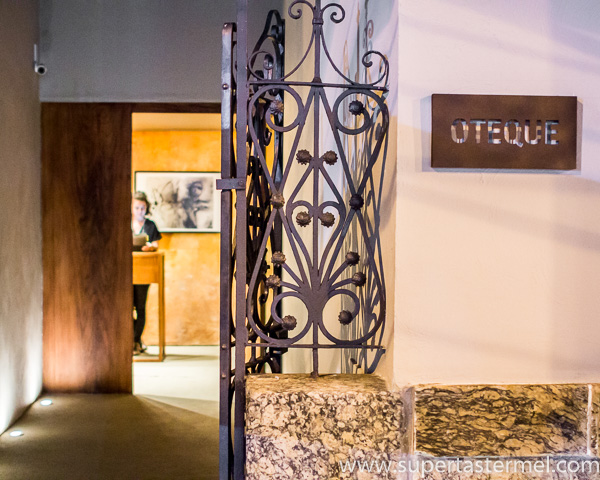 The restaurant utilized a warm and casual decor with mainly wooden furnishings and an (very) open kitchen design which made us feel like we were eating at the chef's house. 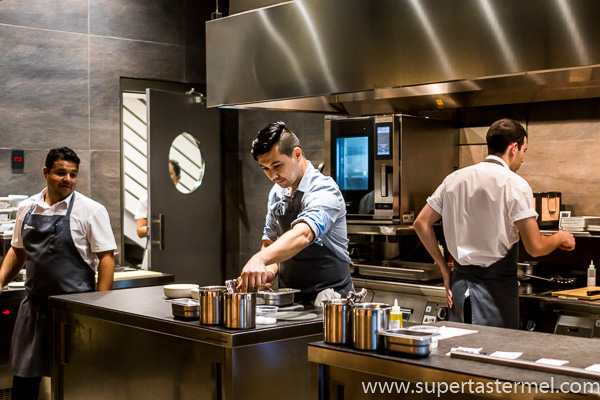 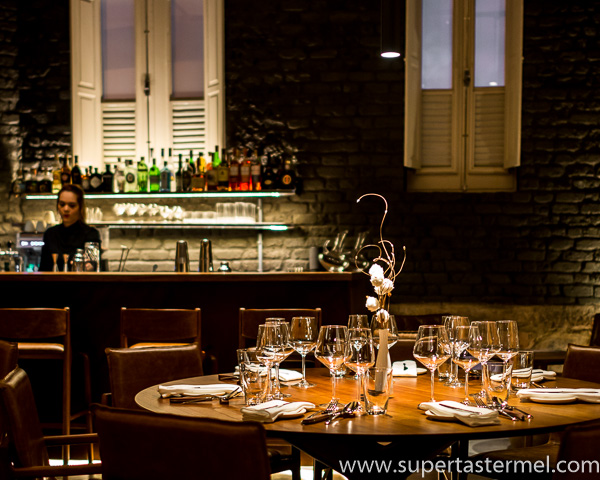 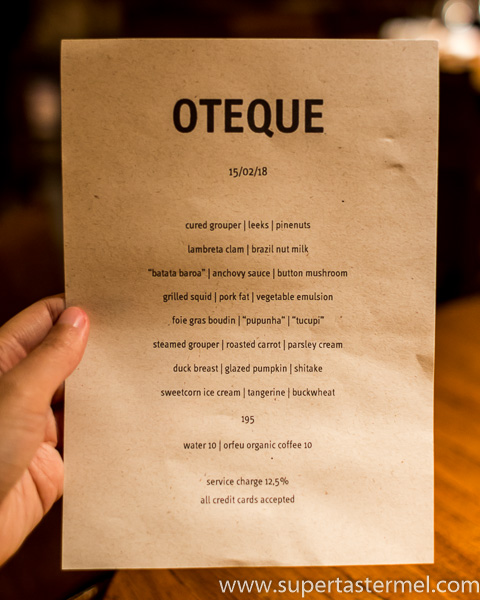 I opted for the Light wine pairing package and got to try some really outstanding local wines (which I didn't even know existed!). The sommelier explained to us that he doesn't prefer one wine making method over the other (traditional vs. biodyanamic) so as long as they are good wines that tasted great. 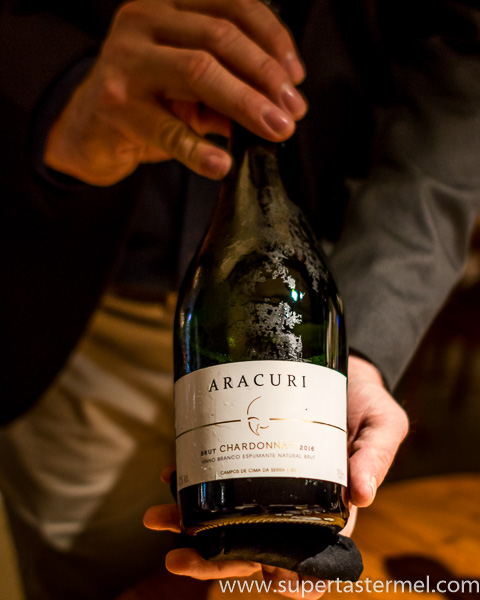 The Cured Grouper | Leeks | Pinenuts was one of the few dishes that didn't wow us and I think it had more to do with the fish itself (a local grouper) than the chef's execution. According to a fellow diner whom I chatted with about this, it can be hard to procure good local fish even though Brazil has a long coastline (due to pollution?). The grouper came off as a bit bland and it's not a major issue but just paled in comparison to the other dishes on the menu. 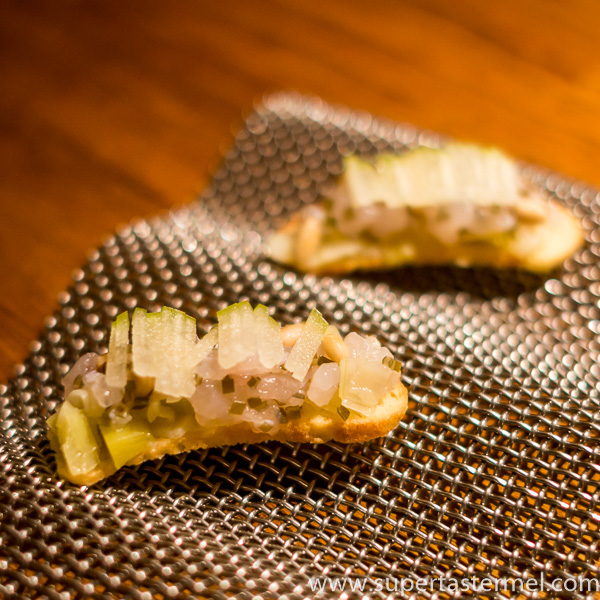 The Lambreta Clam | Brazil Nut Milk took us by surprise with its juiciness while the sweetness of the milk balanced the deep sea flavors of the clam. The local clams were actually kept alive in a tank and steamed upon order. 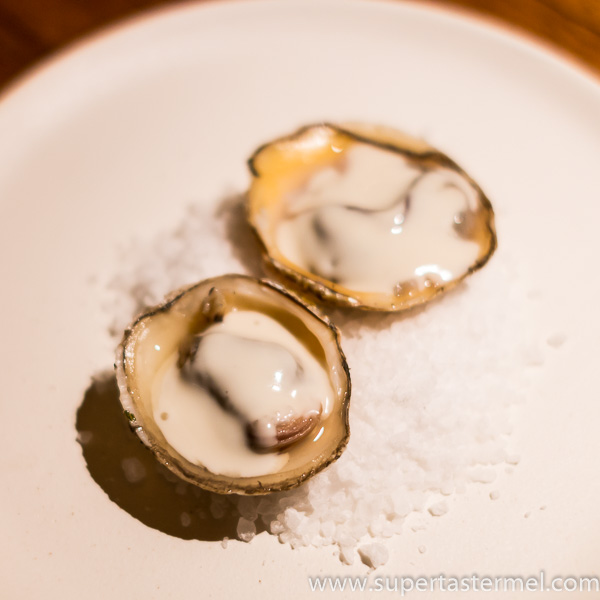 The "Batata Baroa" | Anchovy Sauce | Button Mushroom was a truly impressive dish. It was our first time trying this root vegetable originally from the Andes and it was slowly cooked in brown butter to melt away the starchiness. The sweetness of the vegetable was delicately paired with anchovy sauce and button mushroom where you can taste all three ingredients distinctively and yet they also came together in perfect harmony. 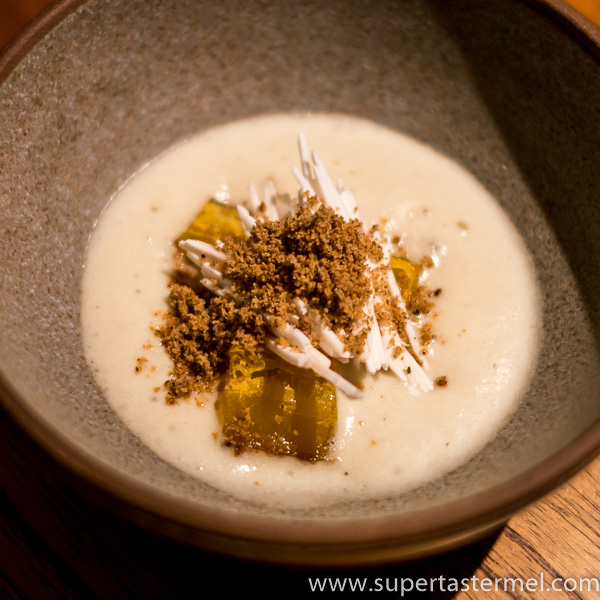 They were kind enough to show us what the root vegetable look like when we looked really confused as they were explaining what batata baroa was. 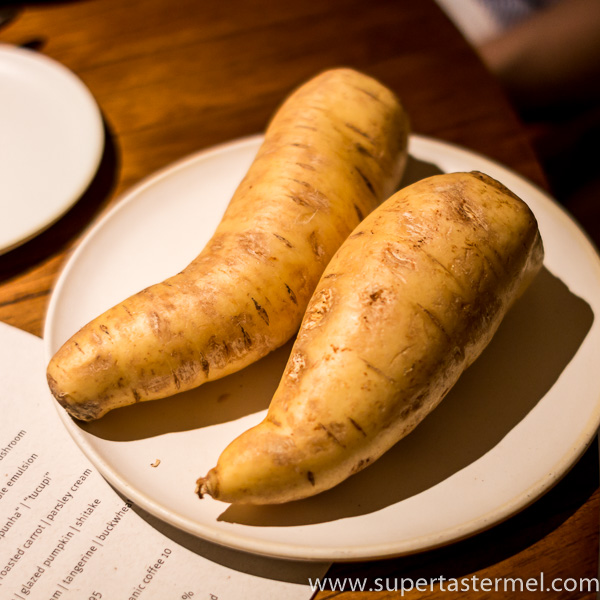 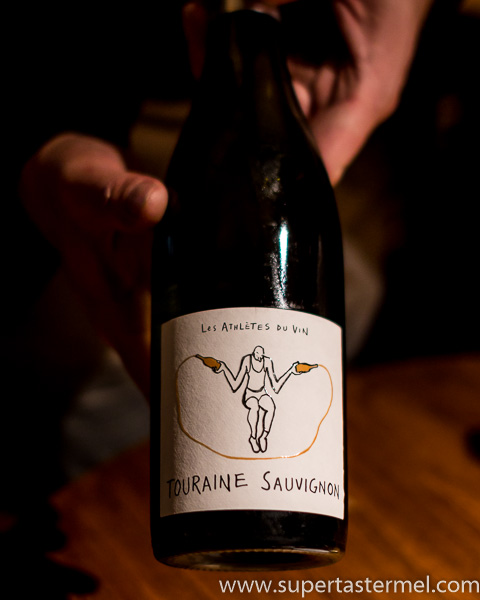 The Grilled Squid | Pork Fat | Vegetable Emulsion was barbecued with pork fat instead of the usual butter or olive oil. The squid was cooked to perfection and the acidity of the vegetable and lemon emulsion was a refreshing addition to the flavors. 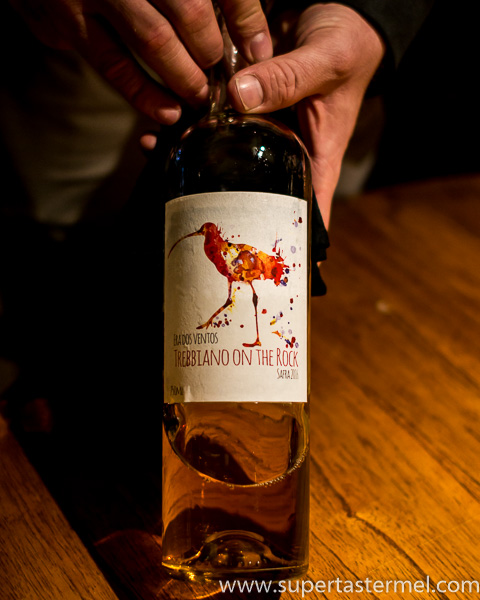 The Foie Gras Boudin | "Pupunha" | "Tucupi" was another lovely and well-balanced dish. The foie gras was served with heart of palm which had been lightly grilled to retain its texure, and served with the fermented juice of manioc root. The acidity of the sauce served to cut through the richness of the foie gras. 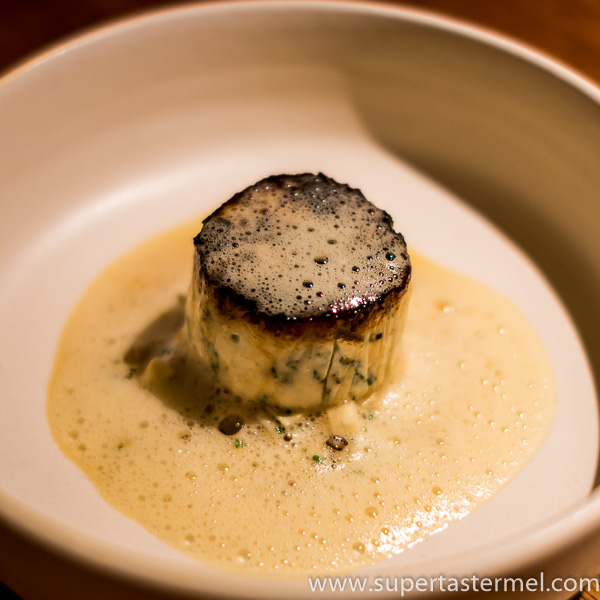 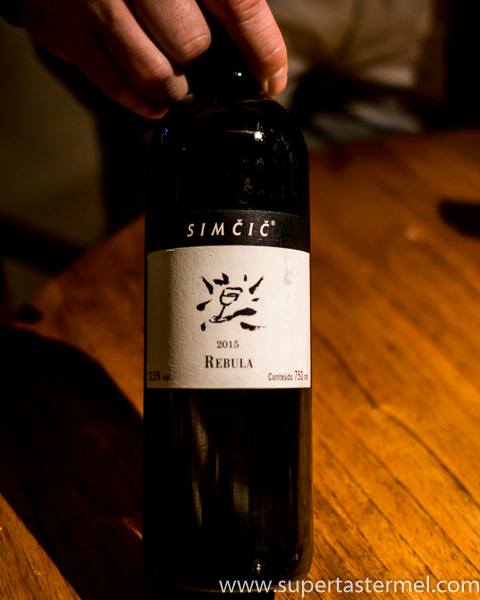 The Steamed Grouper | Roasted Carrot | Parsley Cream utilized the same fish as the first dish, and while execution was superb, the inherent flavors of the fish just simply fell flat. 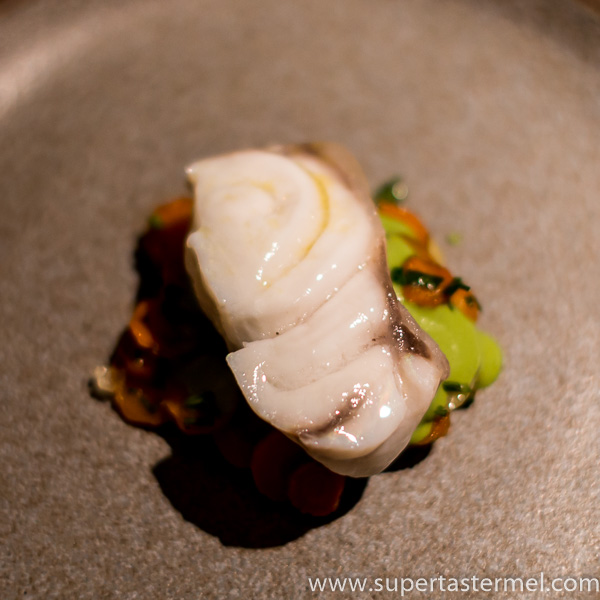 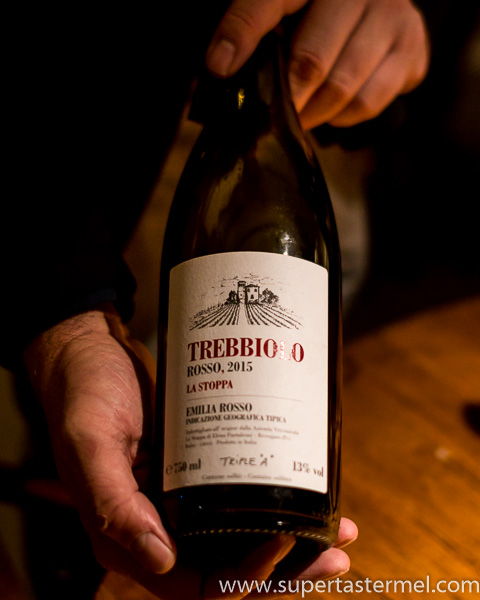 The Duck Breast | Glazed Pumpkin | Shitake was probably our favorite dish of the night. Upon closer inspection, the skin on the duck breast had been carefully scored in order to render an extra crispy skin. That coupled with a very flavorful meat reminded me of one of my favorite food back home - Chinese roast duck! The duck had been paired with a very soft and sweet Brazilian pumpkin as well as shitake mushroom sauce that was full of umami flavors. 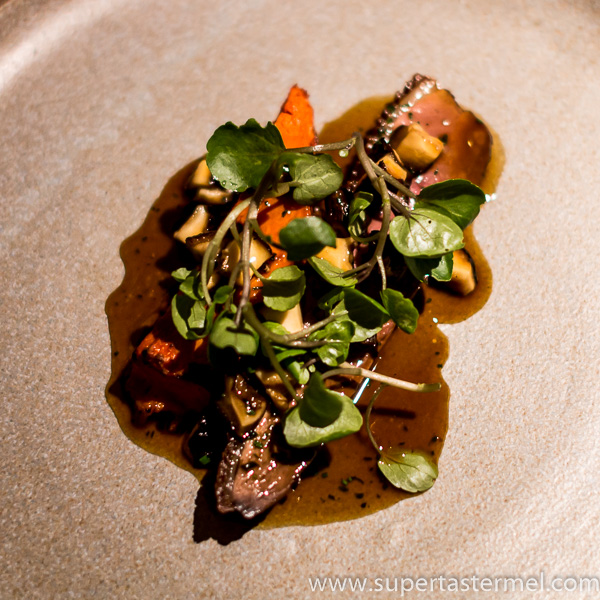 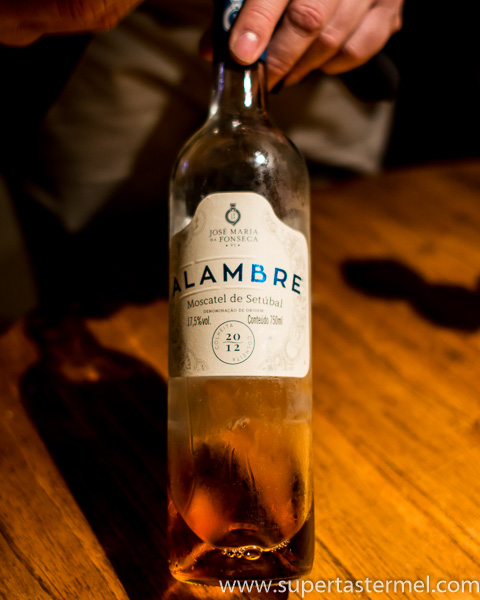 Lastly, we ended our meal with not one but two desserts! The flavor profile of the Sweetcorn Ice Cream | Tangerine | Buckwheat wasn't something we prefer in a dessert but the use of buckwheat in dessert was better executed than others I have tried in the past. The Raw Brazil Nut Ice Cream, on the other hand, was fantastic with its unique and delicious flavors. 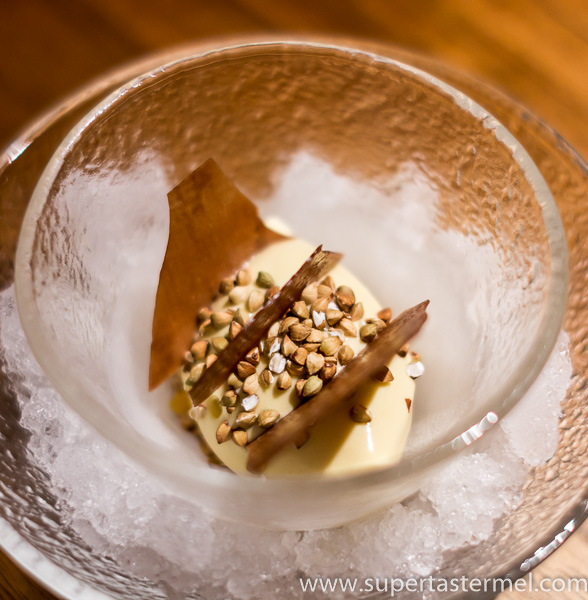 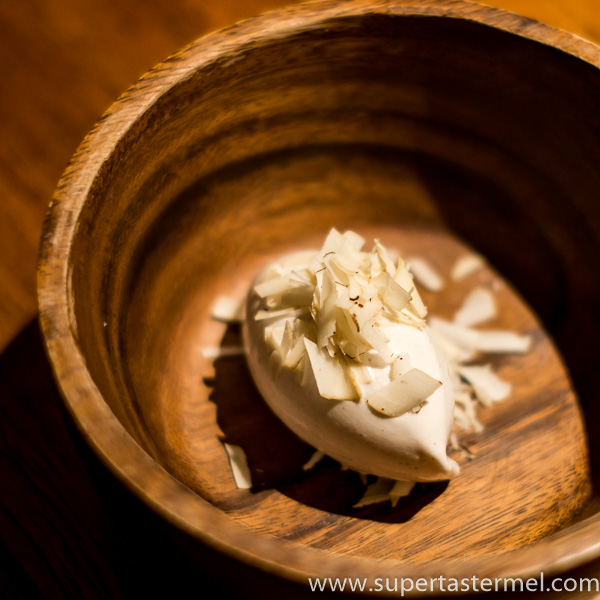 For me, Oteque is definitely a must-try in Rio de Janeiro!