[Tokyo] Alter Ego by Yoji Tokuyoshi of 1* Tokuyoshi in Milan 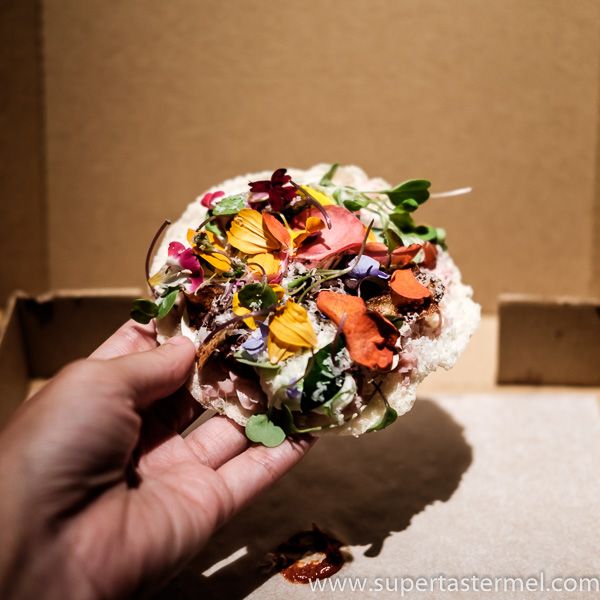 One of my favorite restaurant in Milan is Ristorante Tokuyoshi so when the chef Yoji Tokuyoshi opened Alter Ego in Tokyo, I decided to pay a visit. Walking down the alley to the restaurant was a familiar path because it was Den’s original location. The interior layout basically remained the same but the outside had been painted the same distinct hue of green as his restaurant in Milan. The cuisine between the two branches is not exactly the same - the food at Milan is more complex and sophisticated while Tokyo is more simple and direct. The concept of the menu here is “Equilibrio” (meaning balance in Italian) referring to the balance of Japanese ingredients with Italian cuisine. Similar to Milan, each dish comes with a soup pairing to signify harmony and unity between the two cultures. Wine pairing is also available but feels a bit extraneous alongside the soup pairing. I had both and at times it felt like there was too much liquid for each course. 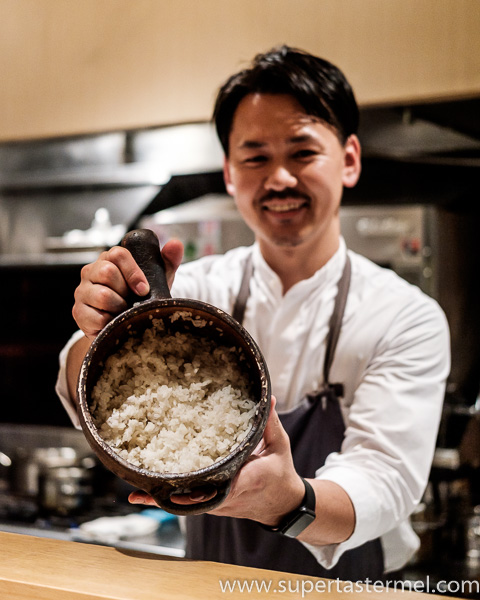 The tasting menu costs ¥15,000 per person while wine pairing is ¥6000 - the wines were not of the highest quality but still quite reasonable for 6 glasses. 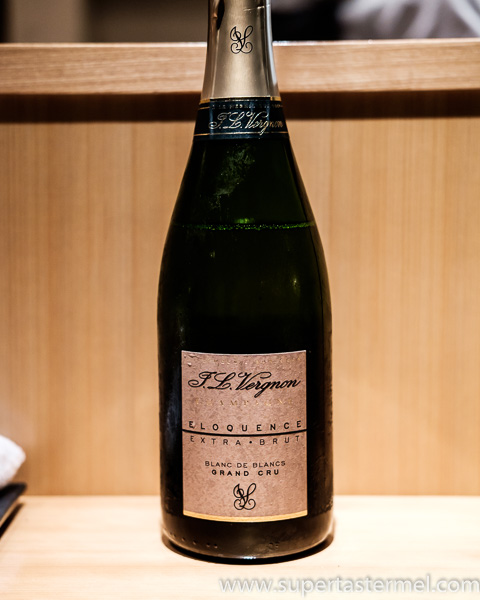 Our menu started with something that was very Italian - pizza. It was not the traditional kind but rather a beautiful deconstructed snack served in a cute Pizza Delivery box. 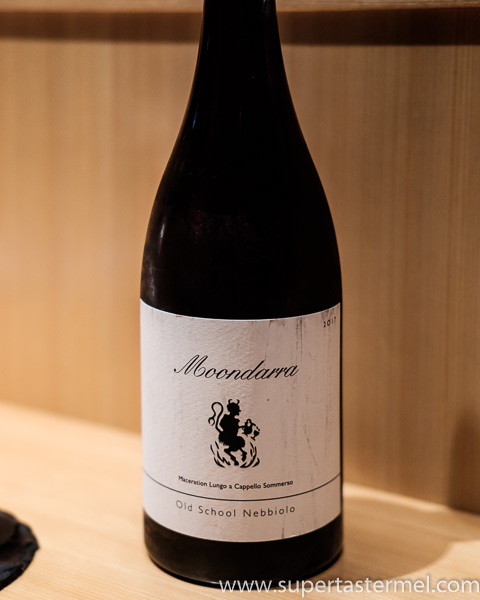 The second dish was an interesting and delicious marriage of the two cultures - Tuna lightly marinated in soy sauce served with Proscuitto cured for 24 months; the liquid pairing was a Caper Broth with Taiwan Pepper. 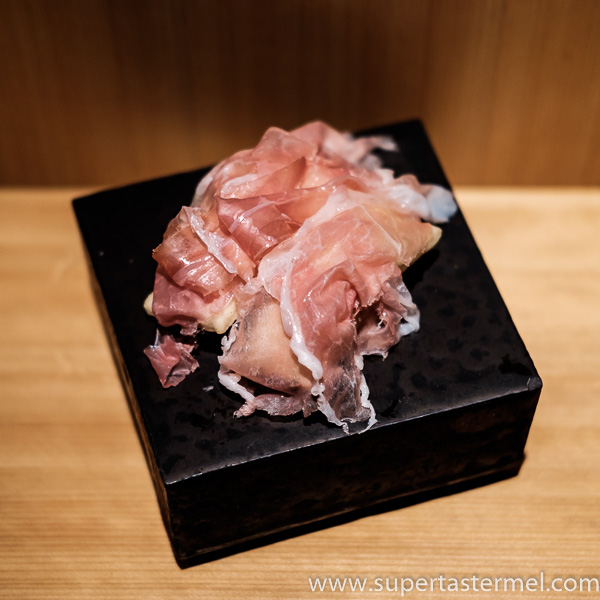 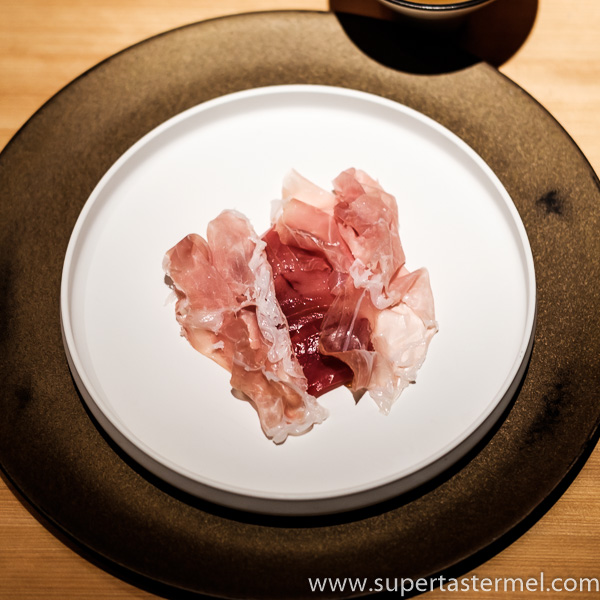 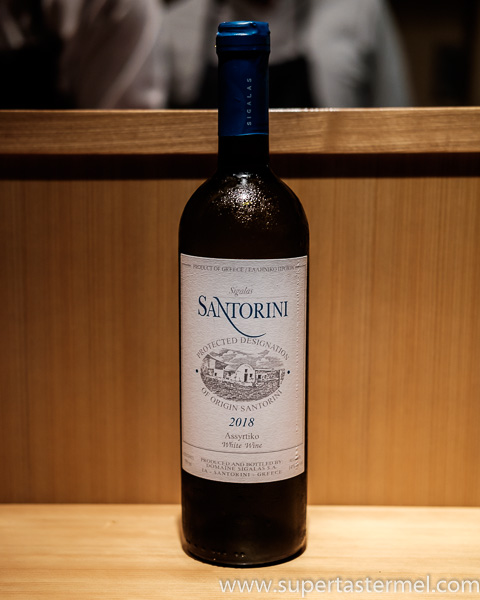 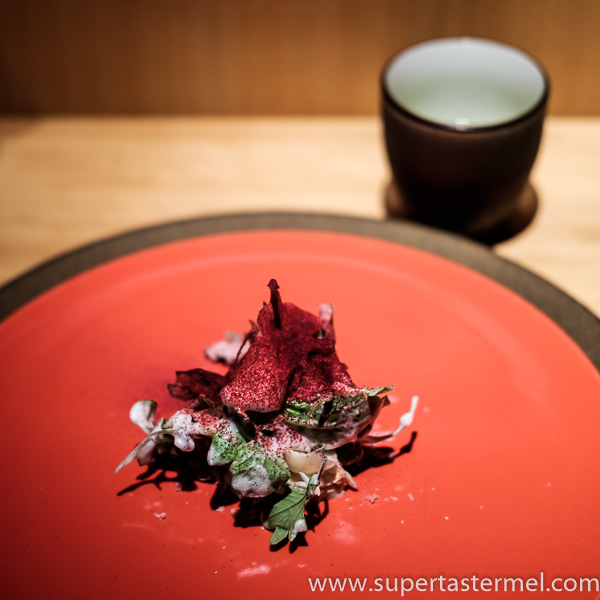 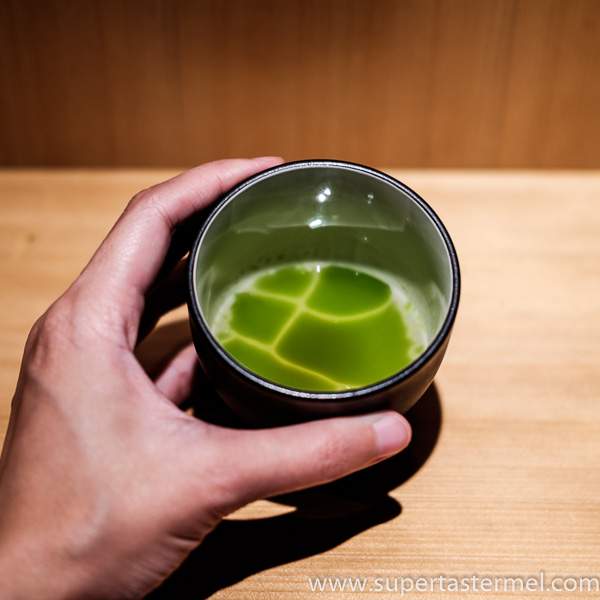 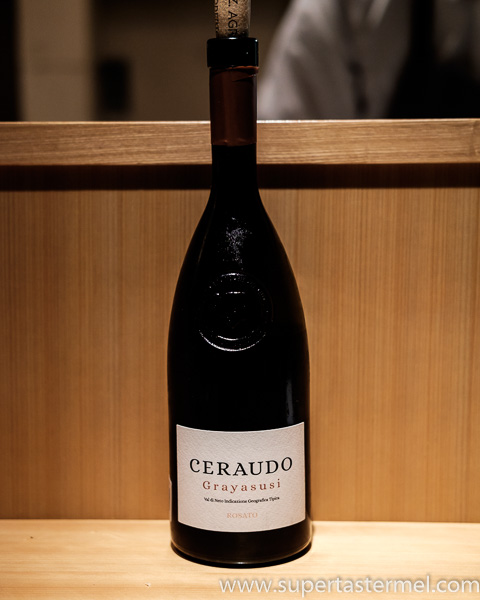 Tachuio & Mussels (Soup Pairing - Tomato Water & Bitter Gourd) - this was the only soup pairing I didn't really enjoy because of the bitterness. 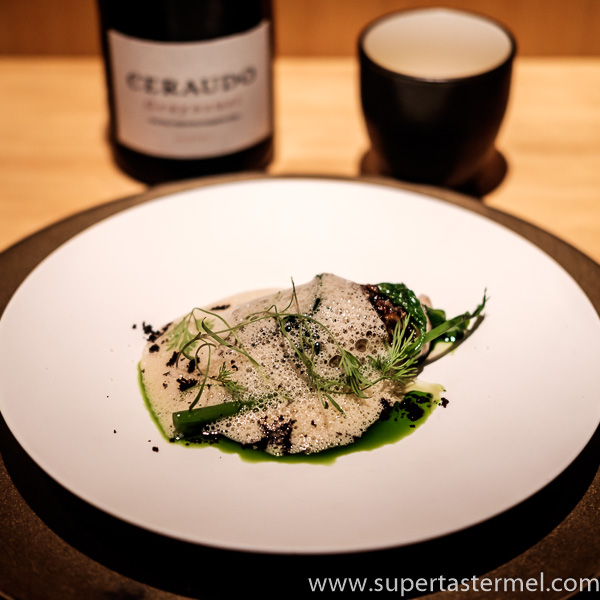 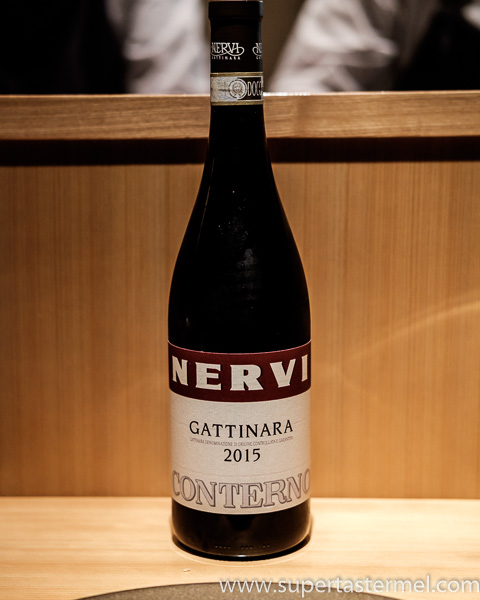 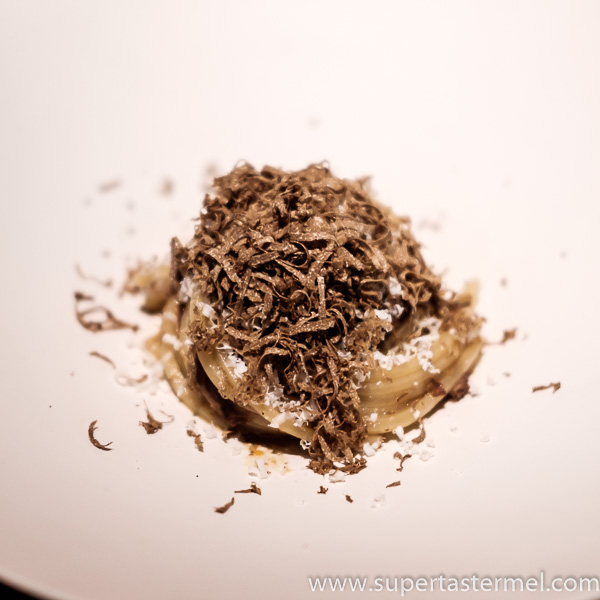 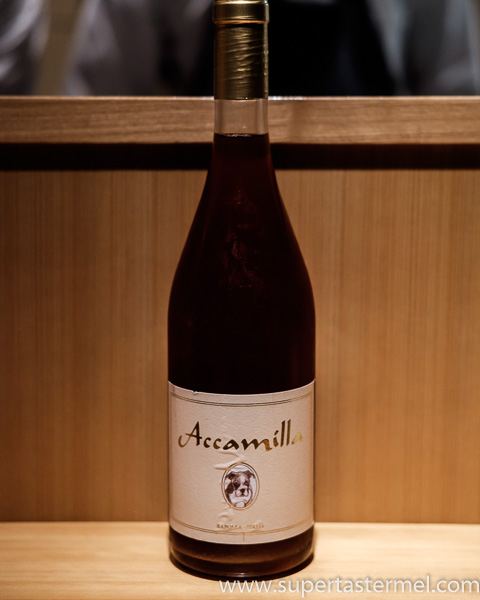 For the meat dish, we had this delicious Pork & Whitebait paired with a broth of Potatoes & Rosemary. What stole the show for me was the beautiful plate it was served on with a cute piggy painted on it. The chef has always loved to play with the tableware at his restaurant in Milan so I’m glad he brought that tradition to Tokyo as well. 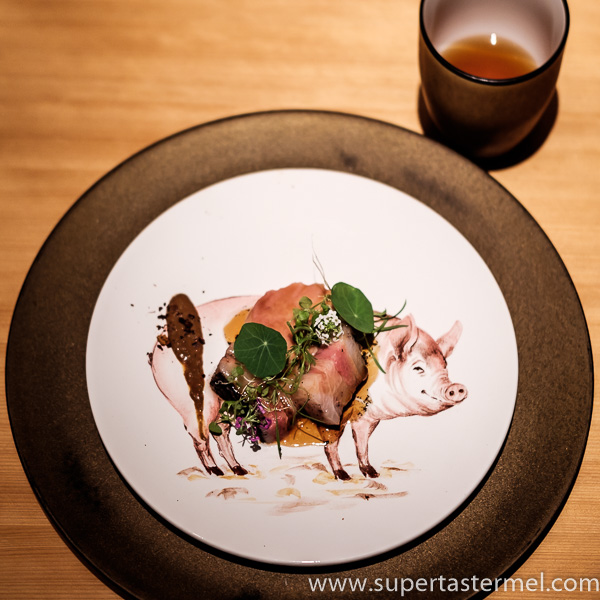 They then proceeded with showing us the other plates in their collection - each animal to be paired with its corresponding meat dishes. 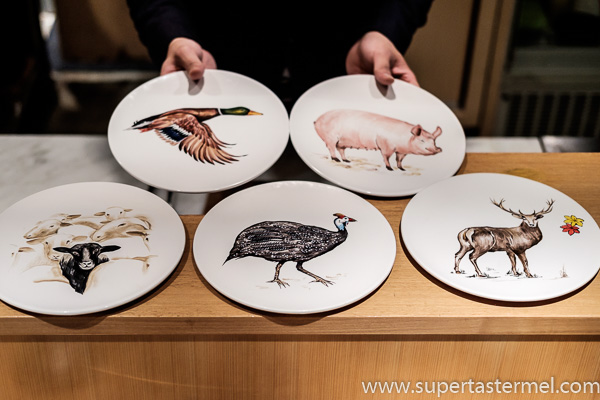 The last savory dish was the Egg Risotto with Mushroom (Soup Pairing - Prosciutto & Parmigiano) where the chef prepared it in front of us by whipping the egg yolk into the rice. In a way, it also resembled a tamago kake gohan - a popular Japanese comfort food where you mix hot rice with a raw egg. The risotto was then topped with grated cheese, olive oil, black pepper, bresaola and mushrooms. 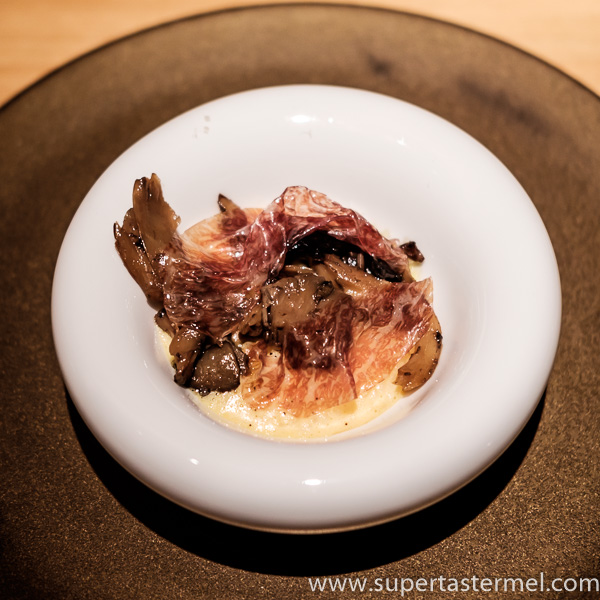 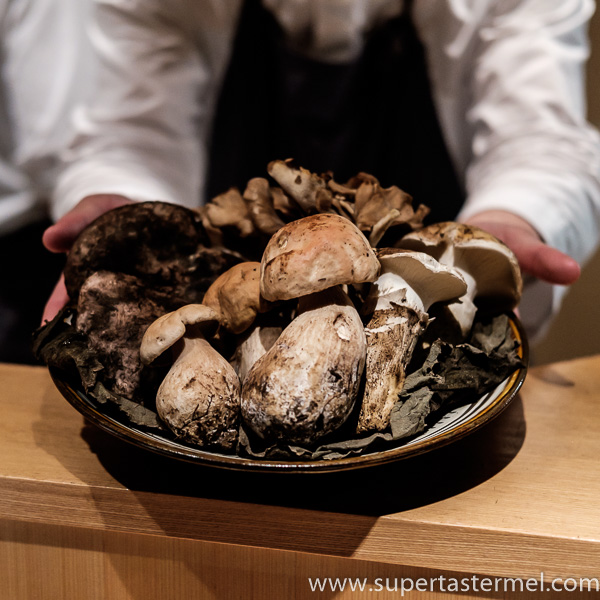 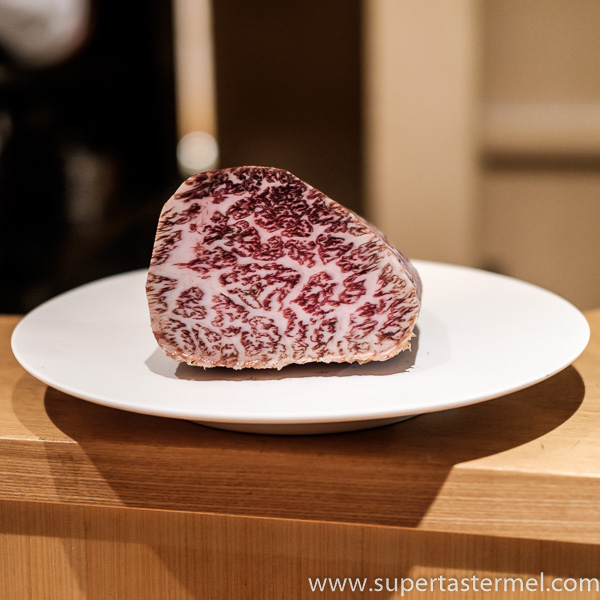 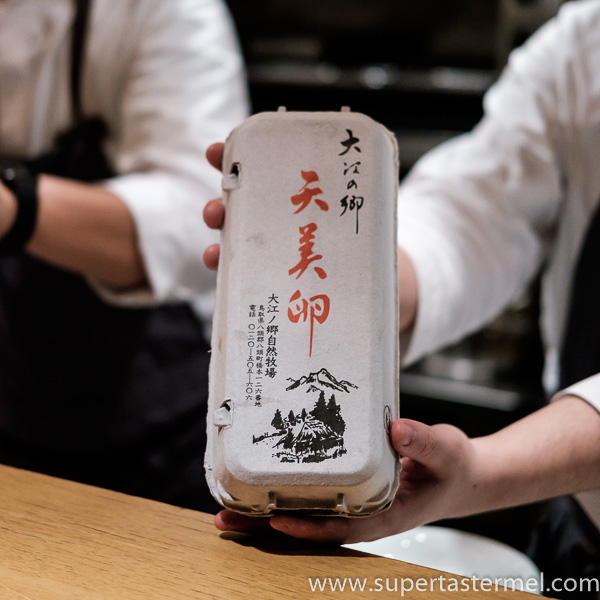 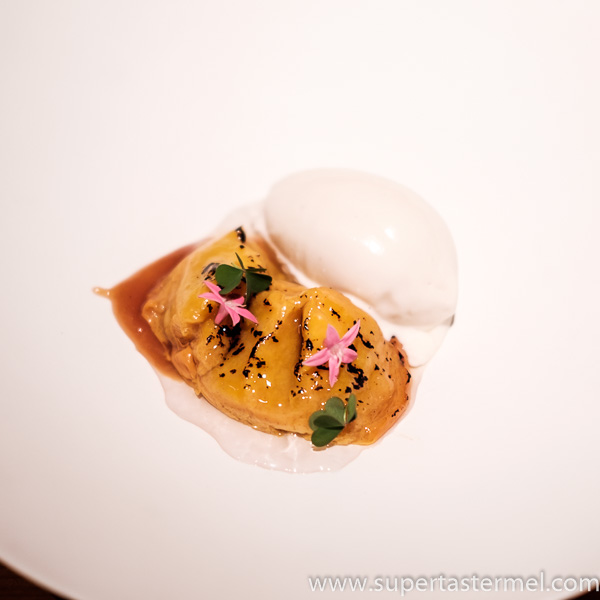 Finally we ended the meal with an irresistible Cannolo Siciliano with a choice of coffee or mint tea. 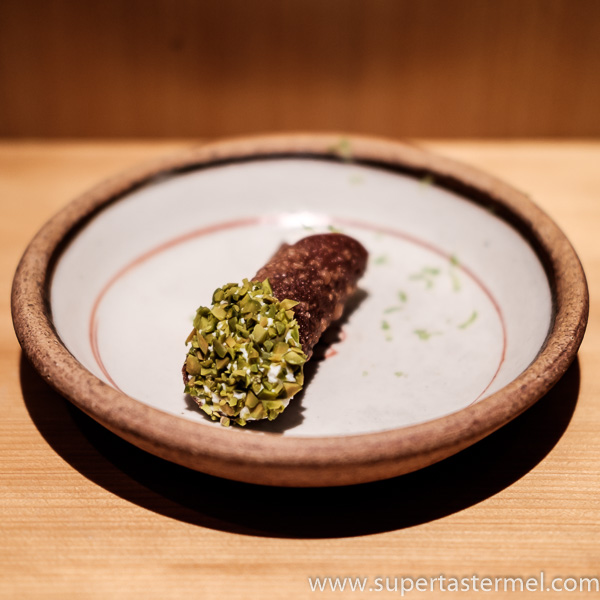 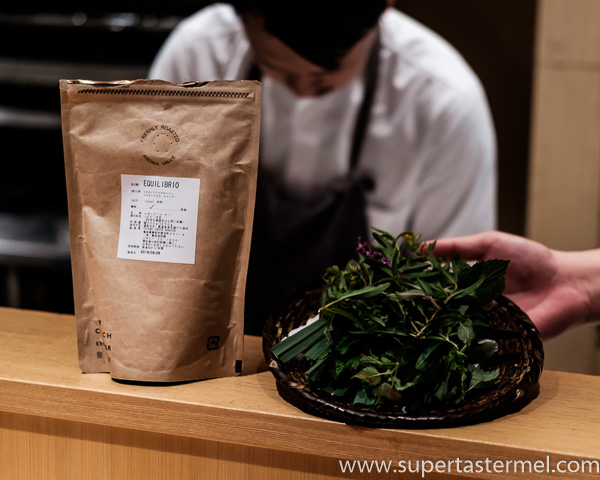