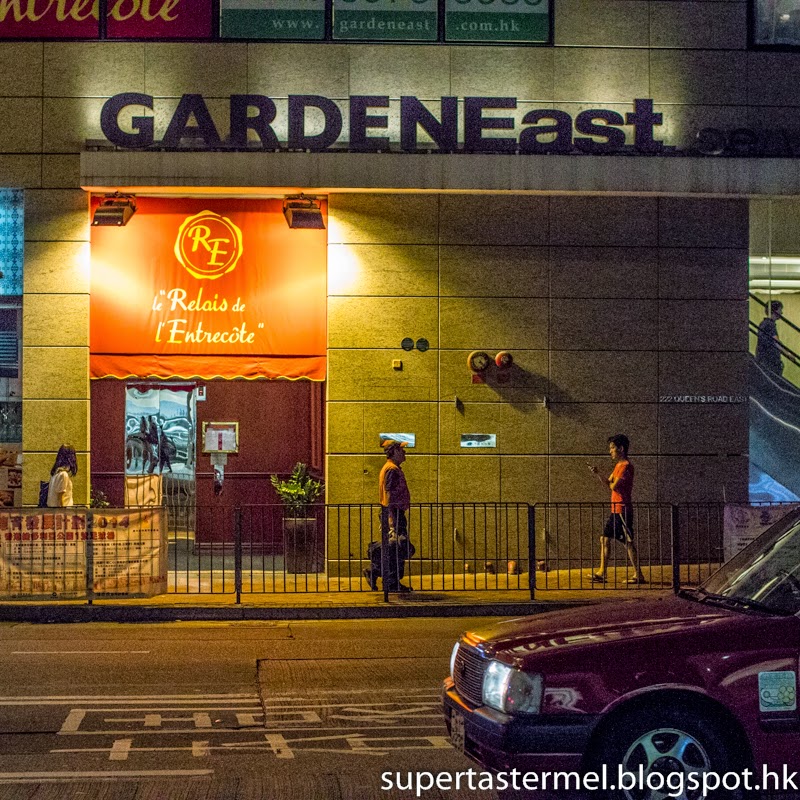 Le Relais de l’Entrecôte is an iconic Parisian steakhouse that has arrived in Hong Kong to bring us classic steak frites along with its signature secret sauce! Similar to the original in Paris, there is no menu and they do not take reservations while all parties must be present to be seated. I came here with a friend on a weekday at 8:30pm and luckily we only had to wait for about 5-10 minutes before we were seated. The environment was classically Parisian with typical brasserie decor but the spacing between tables was pretty cramp. We were literally sandwiched between 2 other tables that was only inches away. 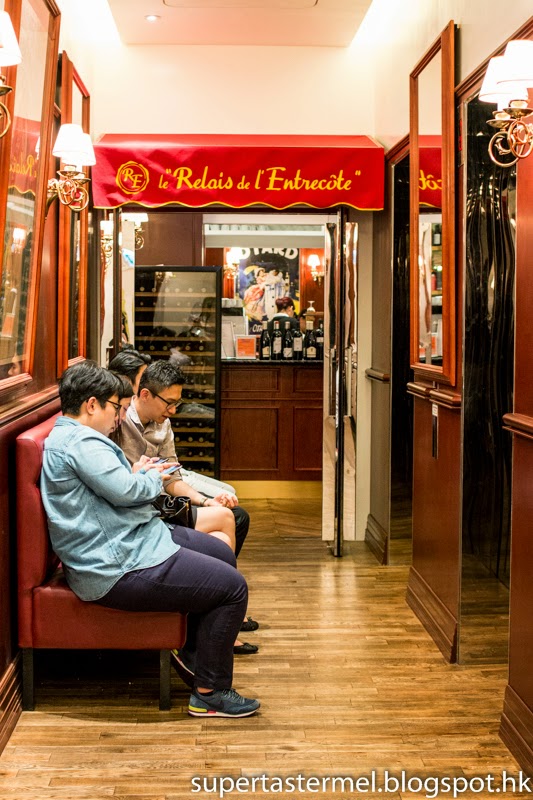 There's no need for a menu as the restaurant only serve one main dish - steak and french fries along with salad for $288 per person. We both ordered our steak to be Medium to which they mark the letter "M" on our table. 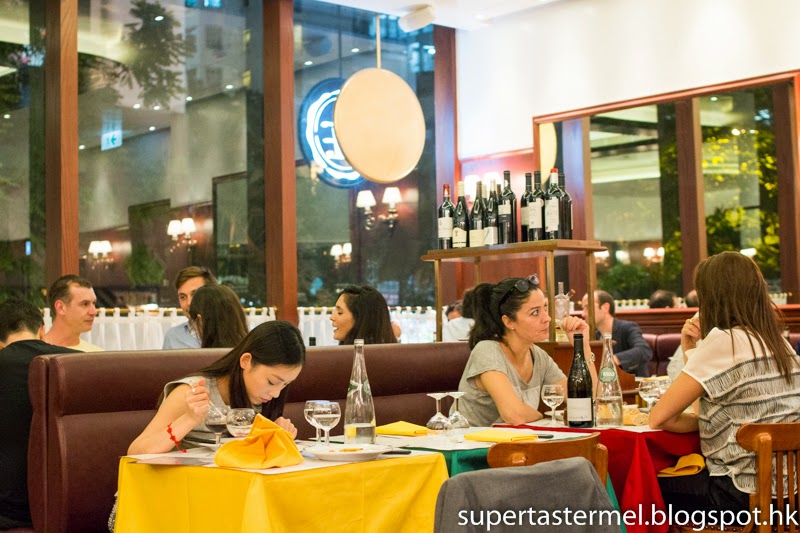 The wine list here is pretty extensive with selections from the owner's vineyard as well and we started off the night with a wine by the glass ($78) which turned out to be the La Constance from Chateau de Saurs. Blended with a variety of grapes such as Duras, Brancol, Merlot and Syrah, the wine was easy on the palate with a hint of fruity flavor - perfect as an accompaniment to meat. 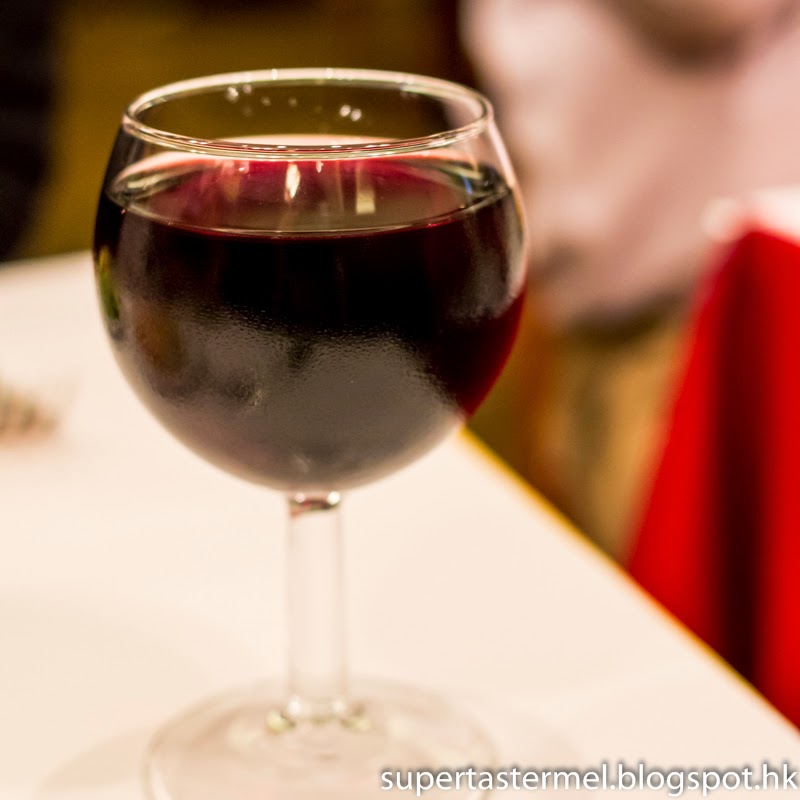 A few pieces of baguette came next and they were quite sad actually as they were neither warm or soft. I took a bite out of one and didn't touch the rest. 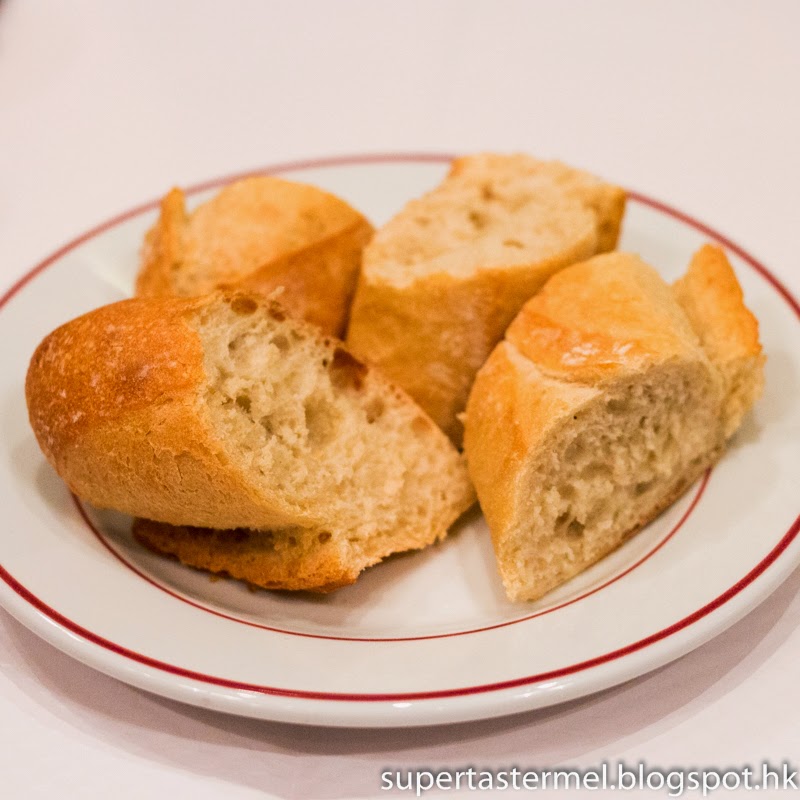 Our starter of green salad with walnuts was not that impressive either. The greens were limp and not crisp enough while the Dijon mustard dressing could have been mixed better with the rest of the salad. 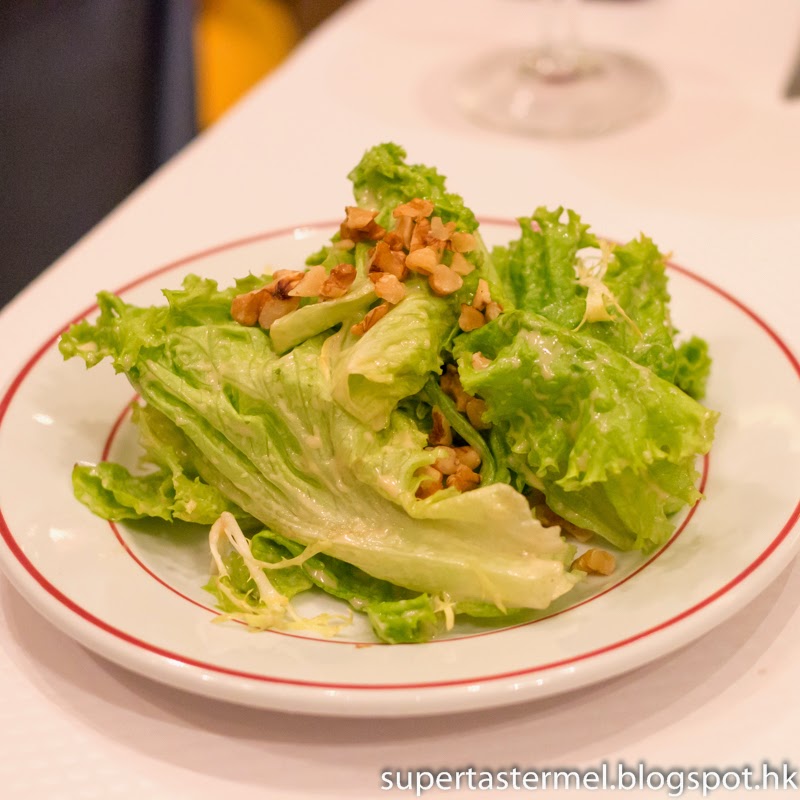 The dishes come out quite fast and we didn't have to wait long before our steak frites arrived. The trimmed sirloin steak was served with crispy fries and signature secret sauce that was created by the founder of the restaurant more than 50 years ago. Initially, I was shocked at the seemingly small portion but it turns out that they will give you a second serving to ensure their food is served warm. The steak looked promising at first as it was cooked perfectly with a pinkish center but it was far too lean, tough and chewy for me. The only saving grace was the secret sauce which was really tasty and great for dipping the fries as well. If I have to describe it, to me it tasted like the garlicky sauce typically used in escargots à la bourguignonne. 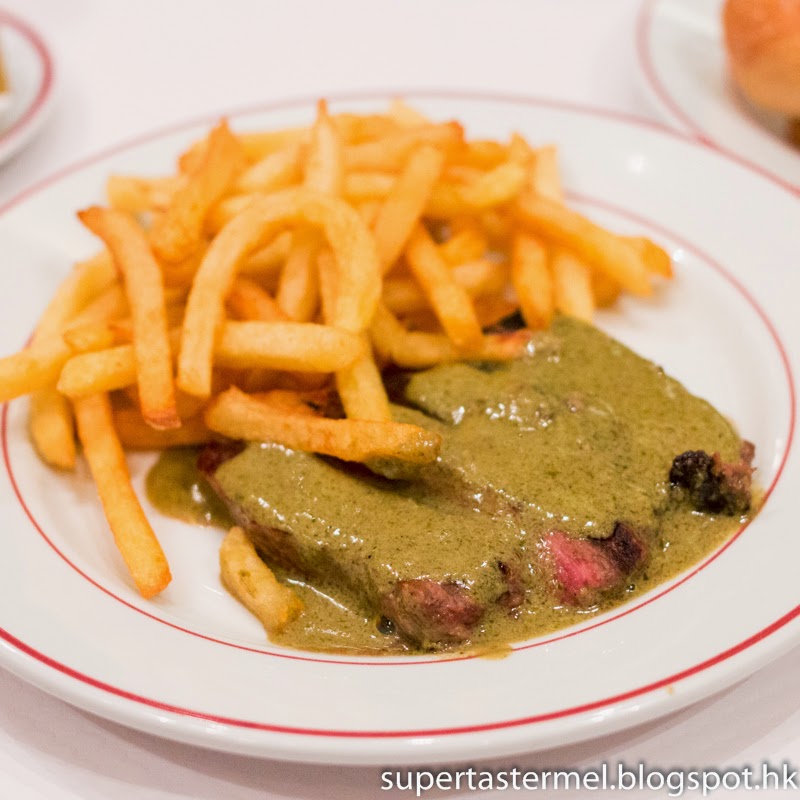 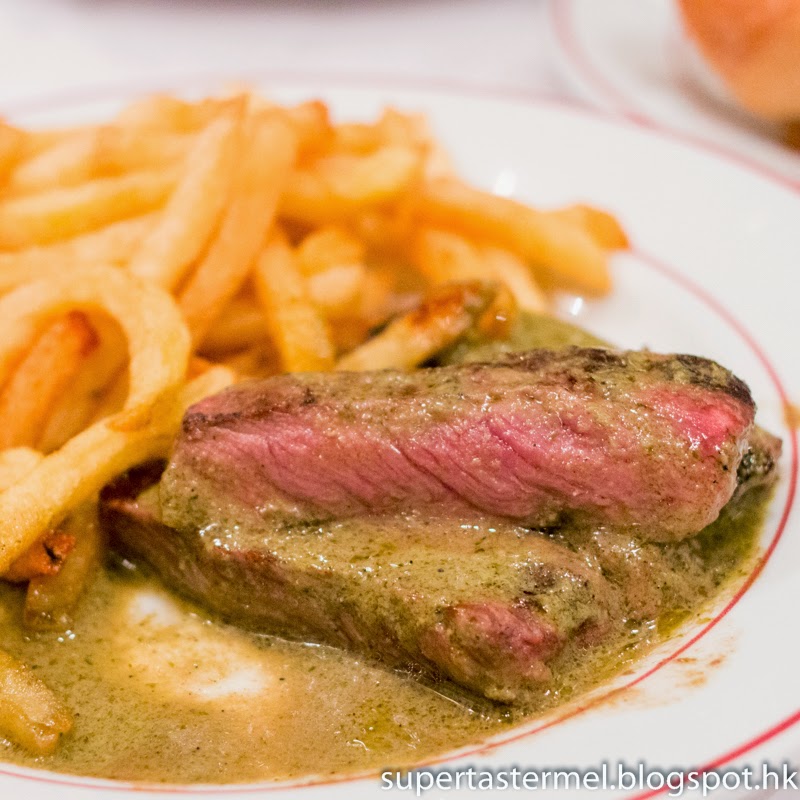 Even though we were pretty full, we couldn't resist sharing one dessert and after much deliberation, we went with the Le Vacherin d'été ($88) - a leaning tower with layers of meringue, raspberry sorbert and vanilla ice cream drizzled with heaps of raspberry sauce! I love the crunchy meringue layers while the raspberry sorbet was refreshing with its tangy flavors and helped to balance out the sweetness of the dessert. I'm satisfied! 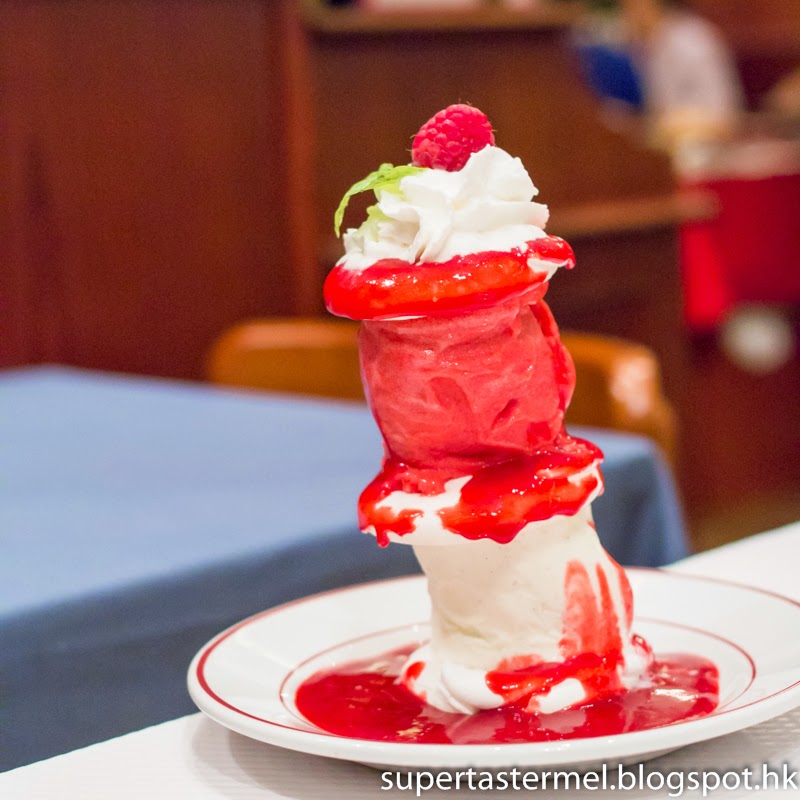 Verdict - I've never been to the original in Paris but I wasn't that impressed with the steak frites here. The food just tasted average and looked like cafeteria food to be honest. It pains me to say this but I think that the steak frites at La Vache was actually much better (but with crappy service). The service here was definitely better though as all of the staff were really friendly and nice in general.