Judging by the rustic European decor of the restaurant, I would have never guessed that this restaurant was located in the industrial neighborhood of Lai Chi Kok. With an executive chef from Barcelona, Rustico is a Spanish restaurant with probably the best alba white truffle deal in town as they are selling at cost at ~$33/gram while most other restaurants normally charge upwards of $100+. Okay as you may notice I usually eat on HK Island most of the time so I only found out about this place through family who's been here a few times and loves the food here. The regular menu is extensive offering traditional Spanish dishes with reasonable prices while there is also white truffle menu with special dishes designed for the delicacy. 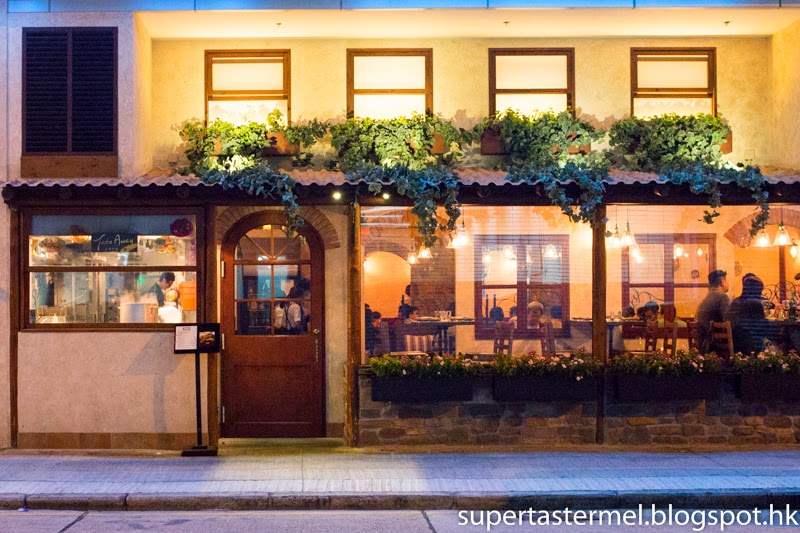 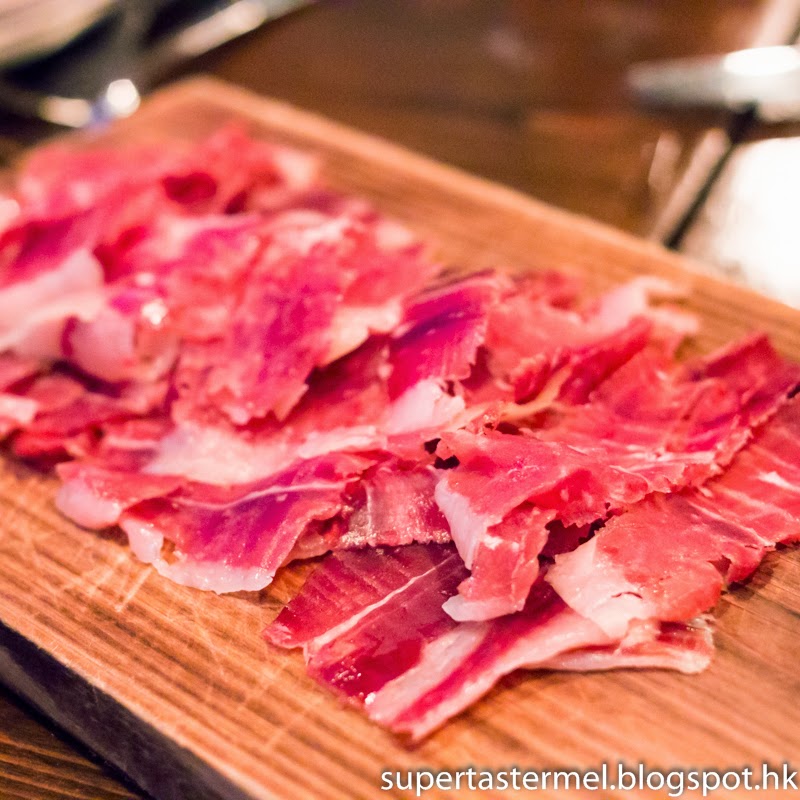 Deep Fried Iberian Ham Croquettes ($15/piece) - with creamy Manchego cheese, the croquette was nicely fried but would've liked more ham to cheese ratio as there was simply too much mushy texture with no ham flavor. [3/5] 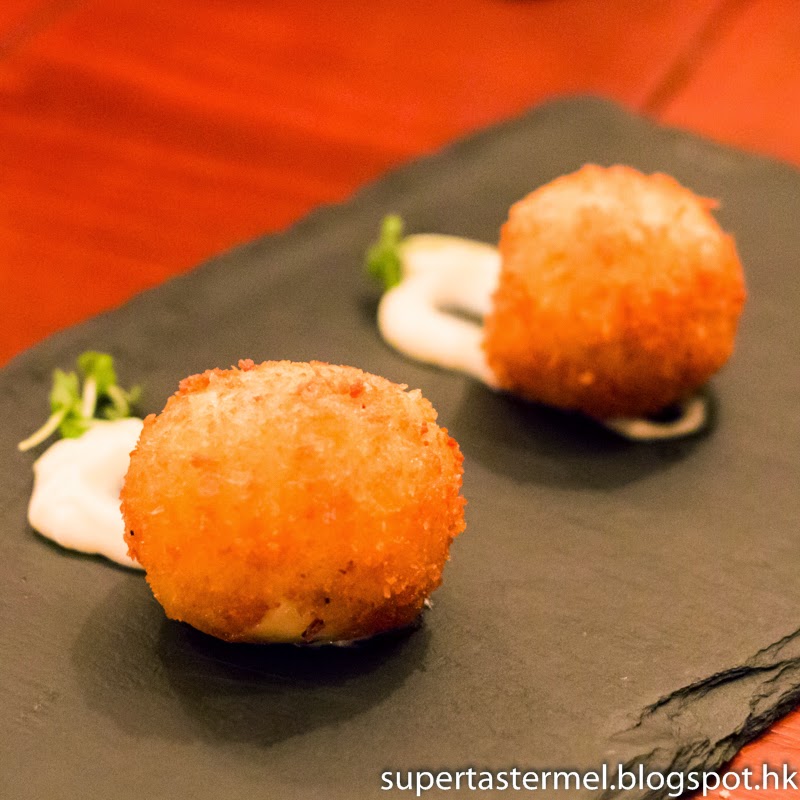 Beef Carpaccio - the most disappointing dish of the night as beef was really watery and very bland in taste. Usually fresh beef carpaccio should be full of raw beef flavor but that was unfortunately absent here. [2/5] 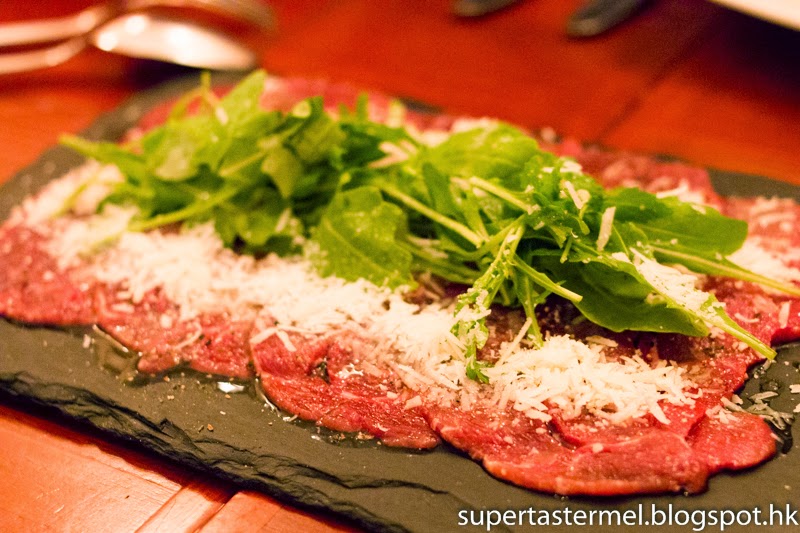 Hokkaido Scallop Carpaccio with Diced Apple & Almond ($142) - I was very impressed with this dish as I've never had white truffle on cold food before. The raw scallops were very fresh and sweet while the aroma of the truffle was very enticing. I loved the addition of almonds as they provided a much needed contrasting texture to the whole dish. [5/5] 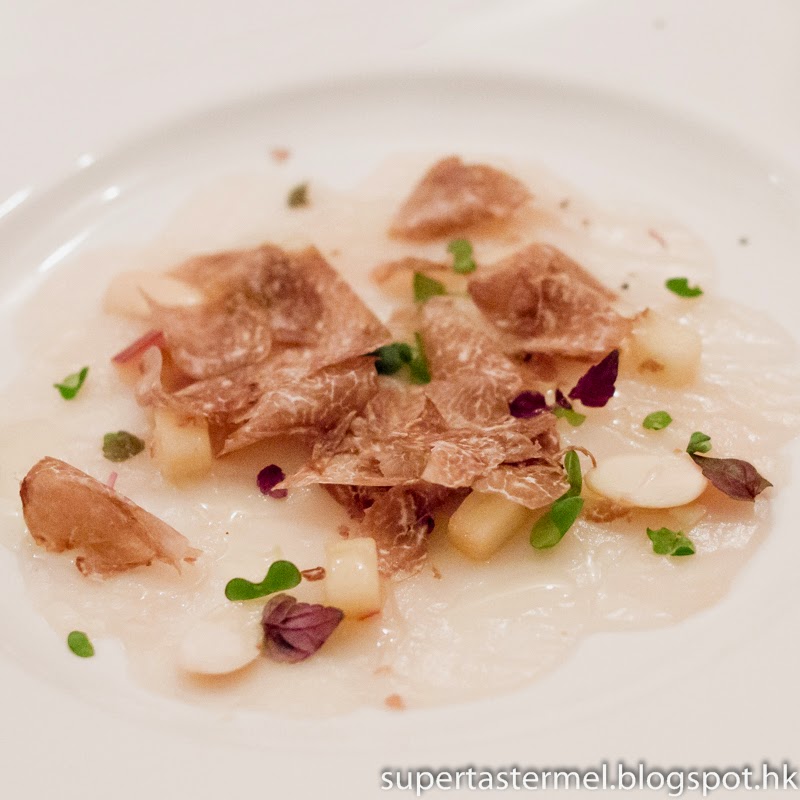 Slow Cooked Italian Egg with Creamy Mashed Potato ($80) - this is a more typical dish that is usually served with white truffle and it was well executed here. The egg was rich and runny while the mashed potato was so creamy and smooth. Everything worked together to bring out the essence of the white truffle. [4/5] 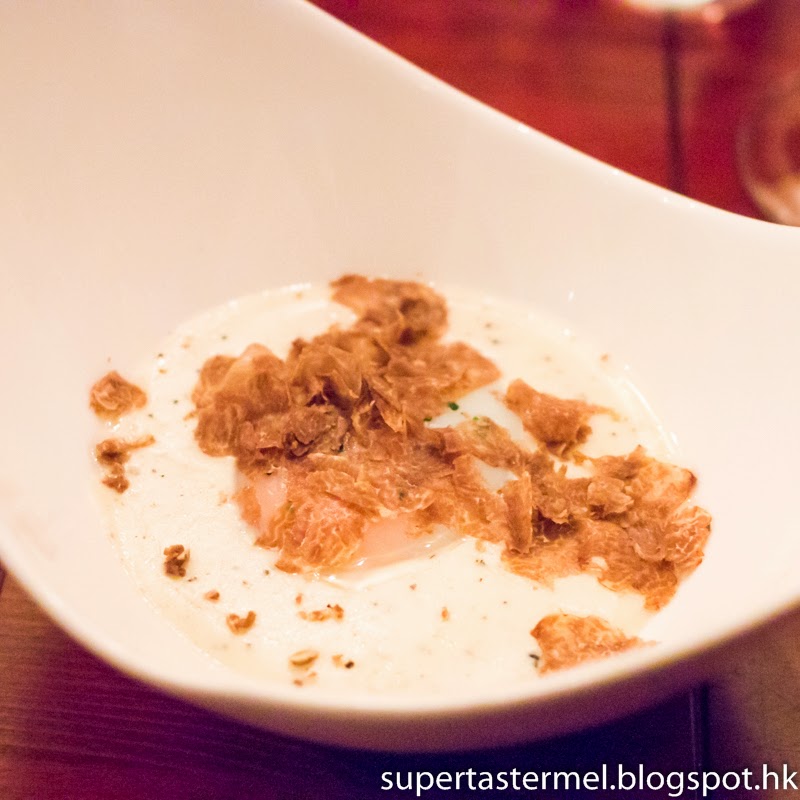 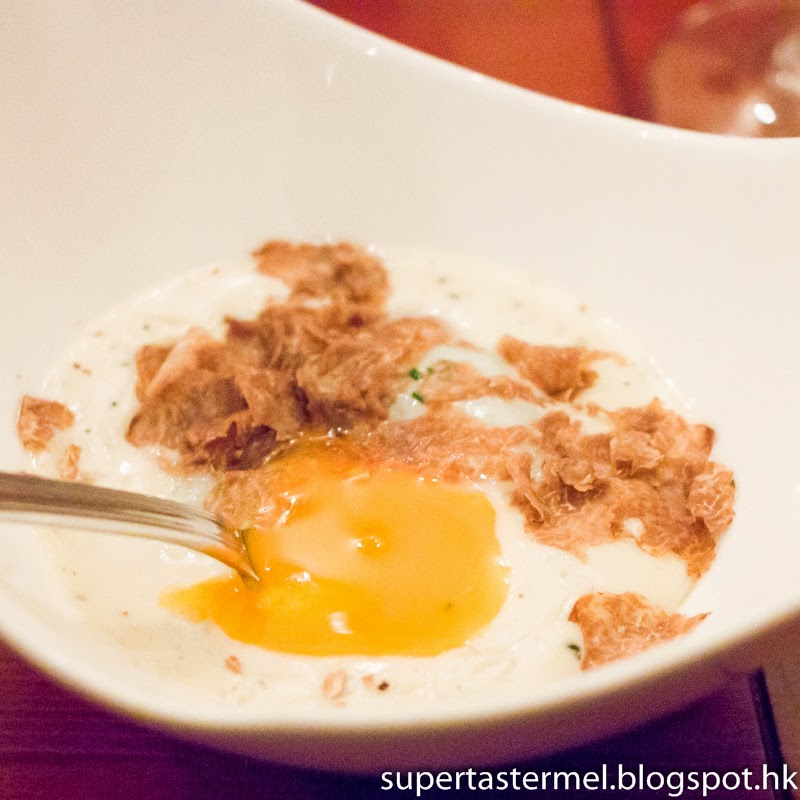 Suckling Pig Slow Cooked with Baked Potatoes ($295) - wow! The suckling pig was another impressive dish as the skin was perfectly crispy while the meat was soft and tender. The baked potatoes on the side were a show stealer as well. [4.5/5] 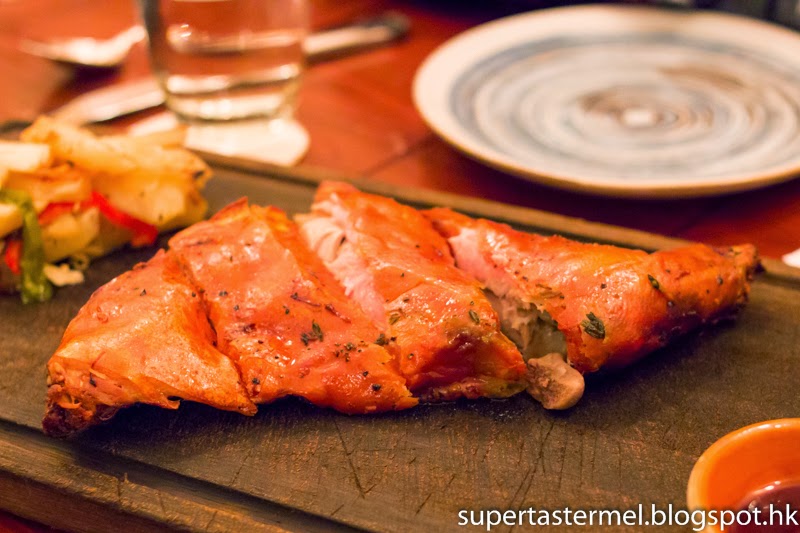 "RUSTICO" Seafood Paella ($165) - at first I was disappointed that the paella didn't come in a pan, but the rice turned out to be very flavorful while the texture was right. Guess I shouldn't judge a book by its cover - or in this case, food based on its looks. [4/5] 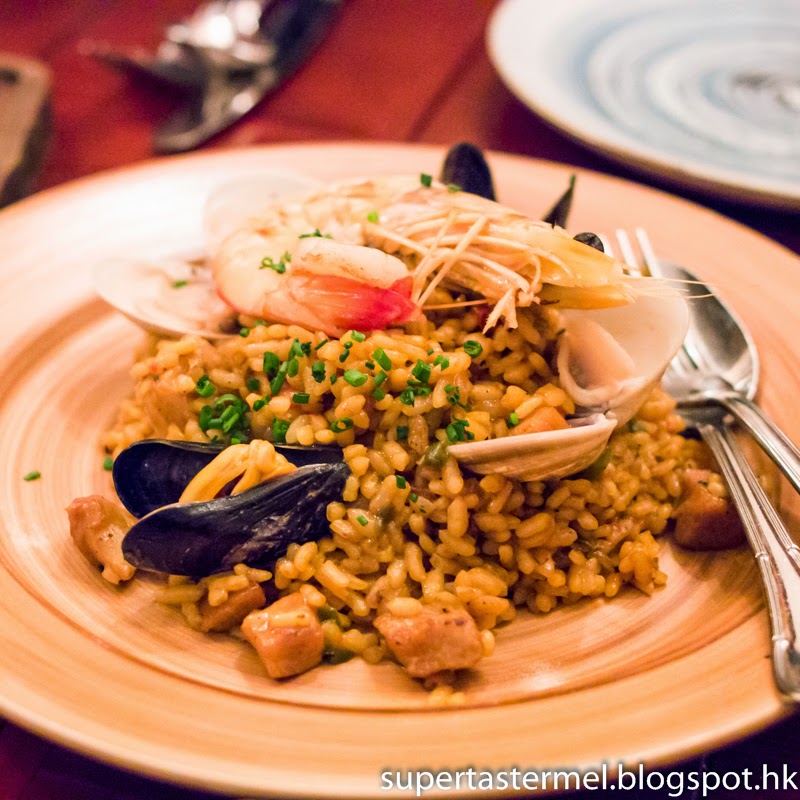 We ended the night with some churros with vanilla ice cream and chocolate whipped cream. The texture of the churro was pretty decent but just a bit too sweet with too much sugar coated on the surface. [3.5/5] 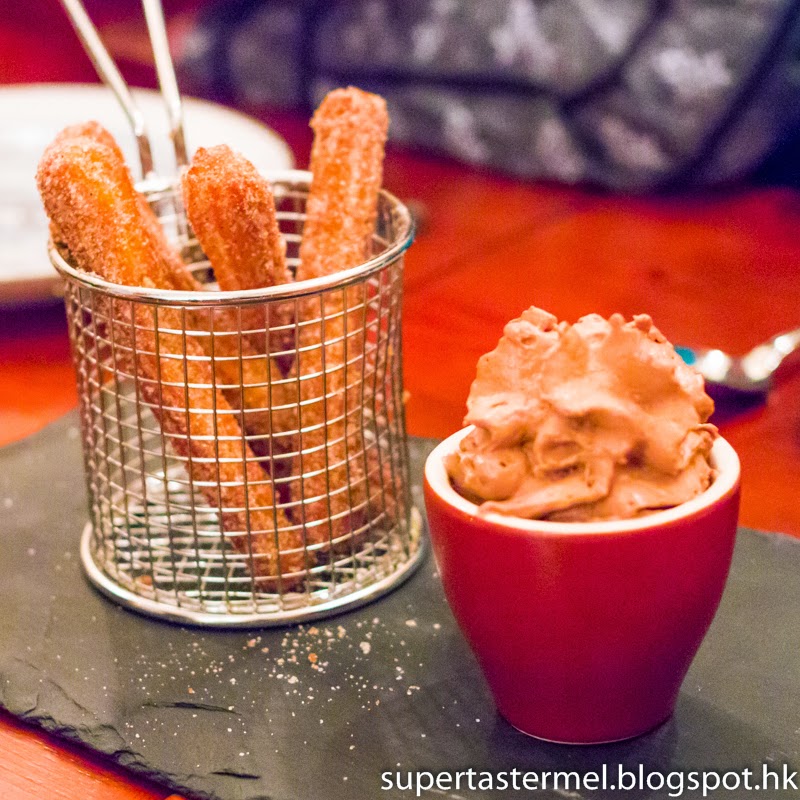 Verdict - a great alternative for an authentic Spanish restaurants serving quality food at reasonable prices on the Kowloon side!