Even though Barcelona may not be the best place for paella as it is traditionally a Valencia dish, I still wanted to try some paella in Spain so I set about to look for the best place for that in Barcelona. My research pointed me to Can Majo which is somewhat of an institution as it was founded in 1968 plus I was attracted by its al fresco dining area near the beach. The outdoor seating area turned out to be not that close to the actual beach but you can see a bit of the horizon in the distance and I like that it was neatly cordoned off with huge sun umbrellas which made it comfortable to dine there. 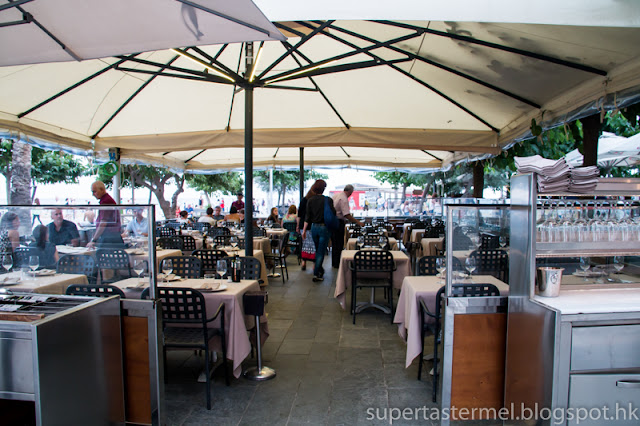 Of course we had to start off our meal with some obligatory sangria which was delicious! We got two appetizers to share and the first was a Carpaccio of Veal (14,88€). The portion was rather small for the price while the beef flavor could have been stronger. 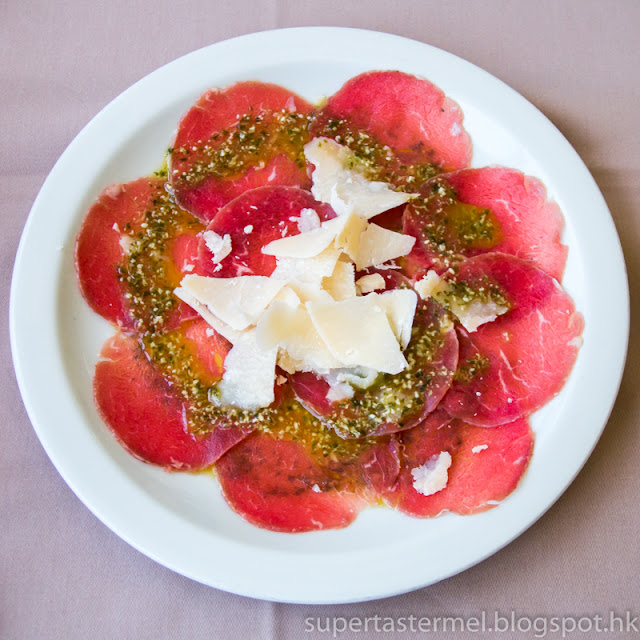 The Homemade Seafood Croquettes (8,70€) was crispy enough on the outside but I thought that the fillings were a bit too mushy for my taste. I would have liked a bit more texture for a better mouth feel. 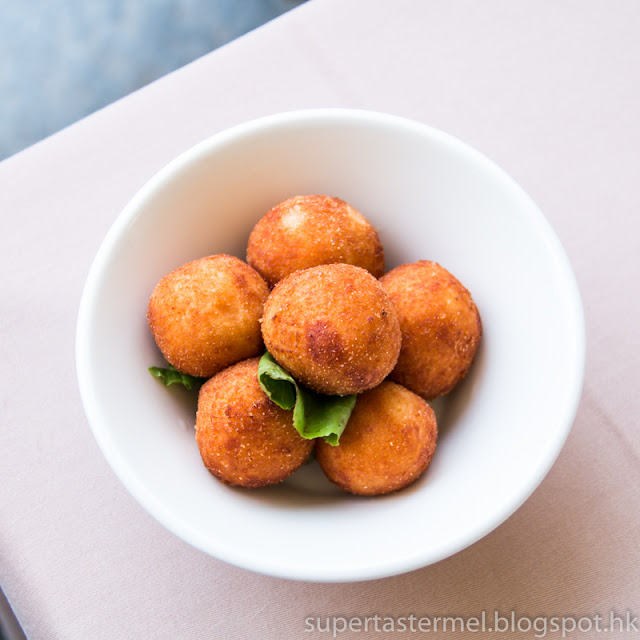 We ordered the signature Shellfish Paella Can Majo Style (21,93€ per person) and it was shown to us in its pan before it was served onto eating plates for us. I was very excited upon laying my eyes on the paella which was packed with a variety of seafood! 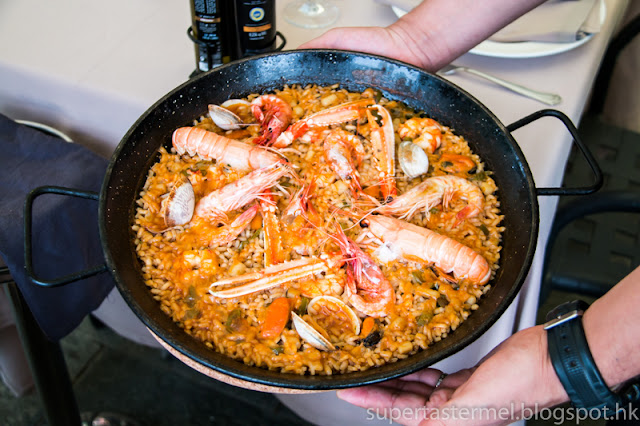 The taste was another story though. The seafood was overcooked as the prawns were mushy and bland to eat. The rice was moist enough but the flavors were nothing special to be honest. Given the prices, we were expecting a lot more and couldn't help but feel disappointed. 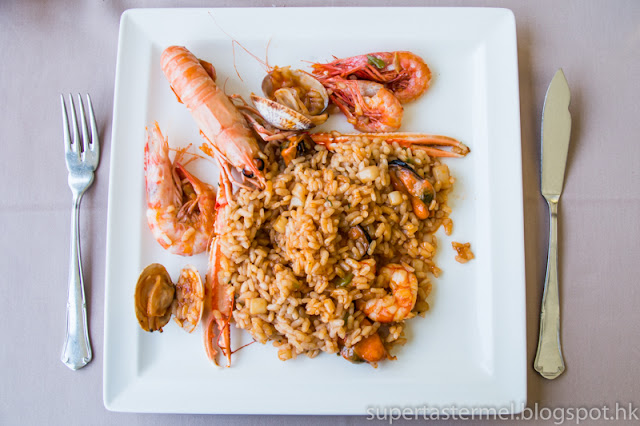 We weren't sure we wanted to get dessert at first since we were still full from all that rice in the paella but we couldn't help but order the Catalan Custard (4,39€) when we saw it on the dessert menu given that we had a very good version of catalana before in Tokyo. It's obviously not the same thing but the custard here was overly sweet while the texture was not firm enough. 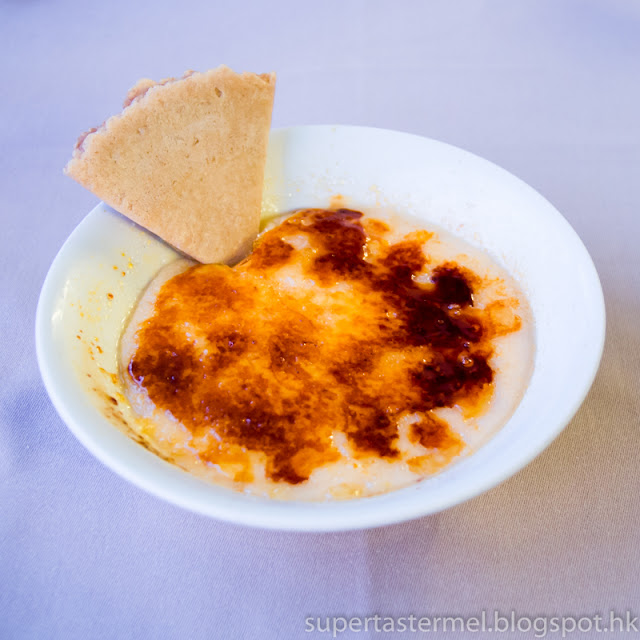 We saw a beautiful sunset as we were just wrapping up our meal. 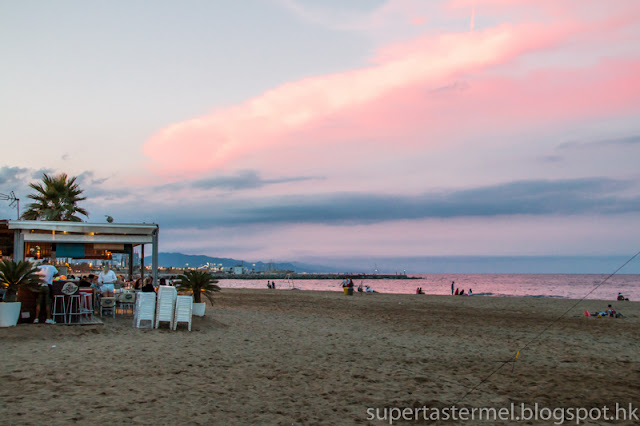 Verdict - Is this the best paella in Barcelona? Obviously not. You pay premium prices for the location and the view, and that would have been fine if the food was good enough to justify but unfortunately it was not the case. The service was very good though and the staff was kind enough to remind me to keep my camera away from the side of the table facing the street. If you are looking for a paella with a view, Can Majo may be the place for you.