It certainly wasn't my intention at first, but I ended up doing a whole tour of US restaurants and cafes in Tokyo! Japanese people do love anything from America so I guess this trend of importing US brands to Japan isn't over just yet. Oh well, at least it will save me a trip to the US to satisfy my cravings! Read on below to see where I visited:

It's been a long time since I had Luke's in NYC (5 years to be exact) so I was glad to be reunited with it in Tokyo! There was a bit of a queue on a Sunday but well worth the wait since the lobster roll was just as good as I remembered! They have 2 sizes for the lobster roll - regular (¥980) and US (¥1580) - so of course we had to go for the US size (the bigger the better right?). Even though it was served cold, the lobster meat wasn't tough at all and actually very soft and tender! The crab roll (¥1380) was just okay in comparison though as it lacked flavor so I'd just stick with the lobster roll next time. I wanted to get the lobster bisque but it was sold out so we ended up trying the clam chowder soup which was a bit sweet and could have hotter as well. 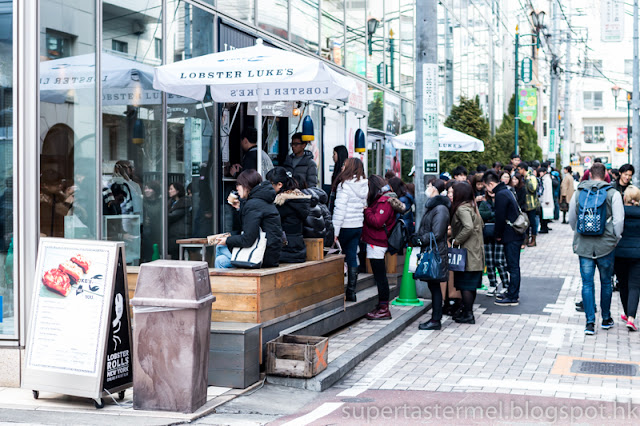 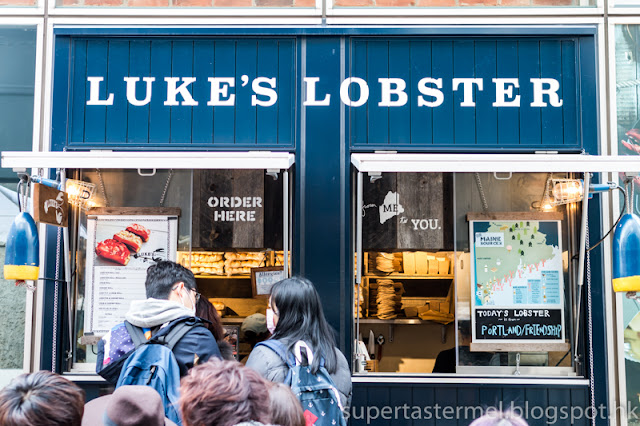 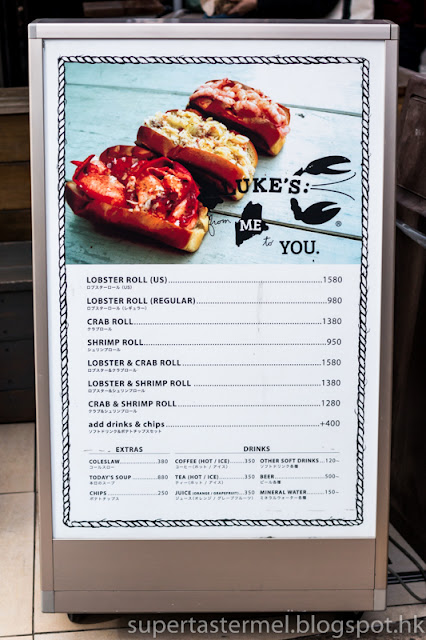 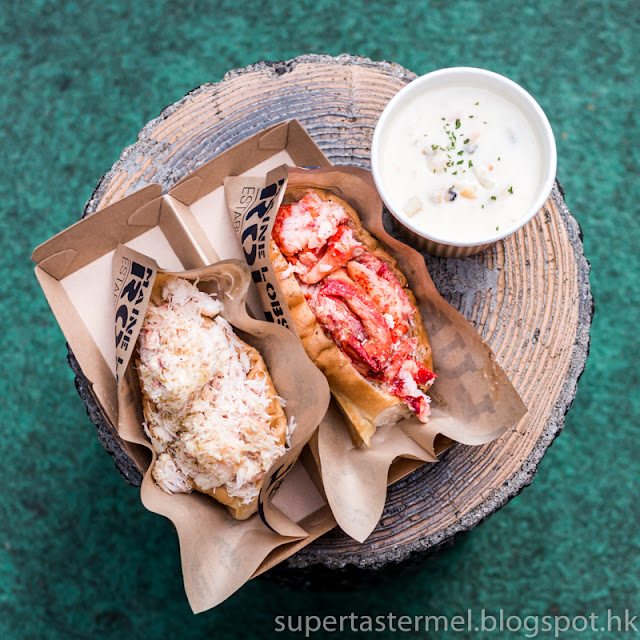 Next stop was Dominique Ansel Bakery which I've never been to in NYC since it opened after I had already left the city, but after hearing so much about its famous creations like cronut and cookie shot that I had to come check it out. There was a bit of a line outside the shop when we got here around 2pm on Sunday but the line moved fairly quickly. The bakery also has a cafe upstairs where you can make reservations for and order the pastries sold on the ground floor as well except for the cronut. The cafe is a good option for those who don't want to wait in line but the queue wasn't that long to be honest and we were going to take the pastries away anyways. I was surprised that the cronut (which is half croissant and half donut) was still available when we went in the afternoon as I hear that people had to lined before the shop opens to get it so I guess the hype has died down already. We ended up getting a slew of pastries and desserts to try which you can see below but the only thing we didn't get was the cookie shot which is only served after 3pm (boo!) and the DKA (“Dominique’s Kouign Amann”) which we got a sample of while waiting in line but I thought that b.patisserie's in SF was way better. 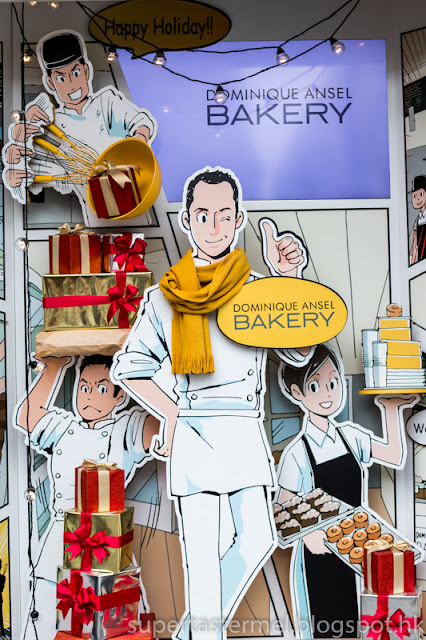 The Frozen S'more (¥750) was a Tahitian vanilla ice cream covered with chocolate feuilletine flakes and then enrobed in a 100% honey marshmallow. The whole thing is then put on a smoked wooden branch and torched to order. It was a genius combination really and who wouldn't love ice cream and marshmallow together! 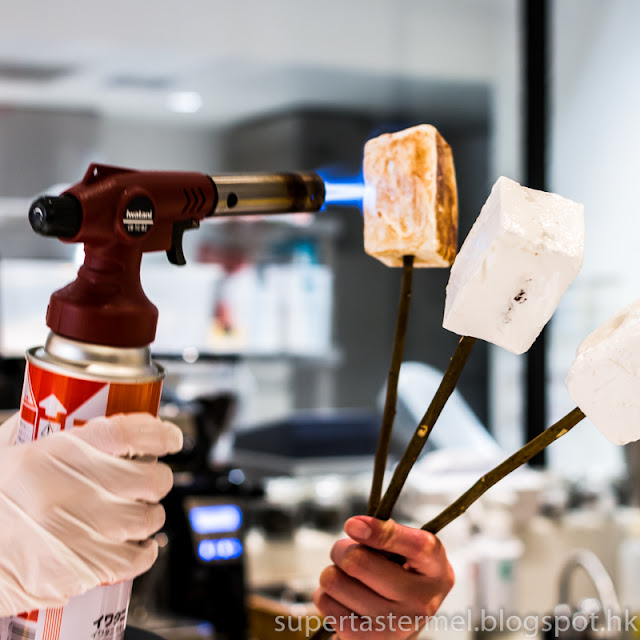 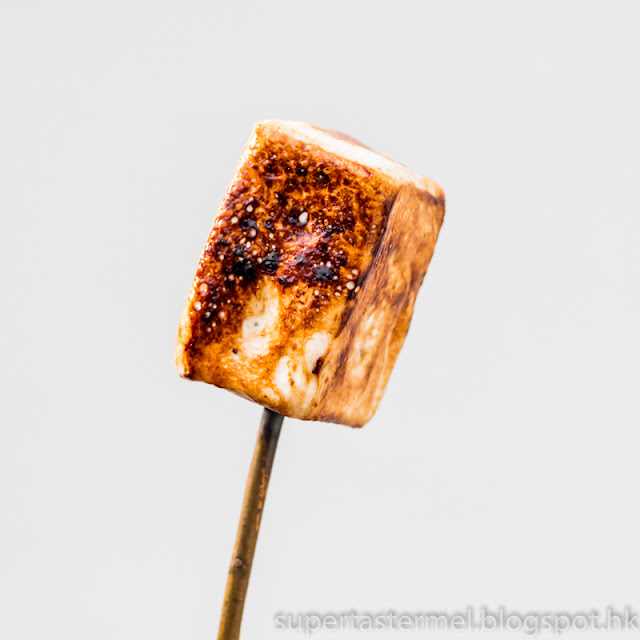 The Cronut (¥550) flavor of the month was a milk tea ganache with chestnut jam and orange sugar. Made fresh daily, the cronut was crispy and crunchy with numerous layers of flaky pastry while the fillings were a bit sweet though. 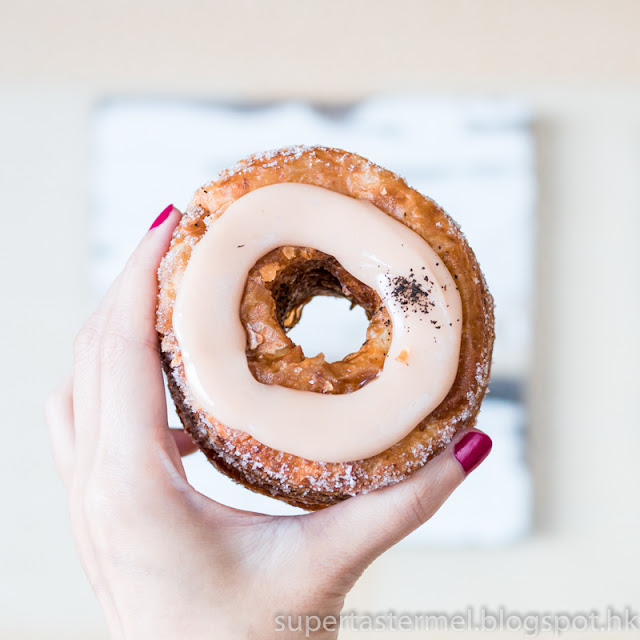 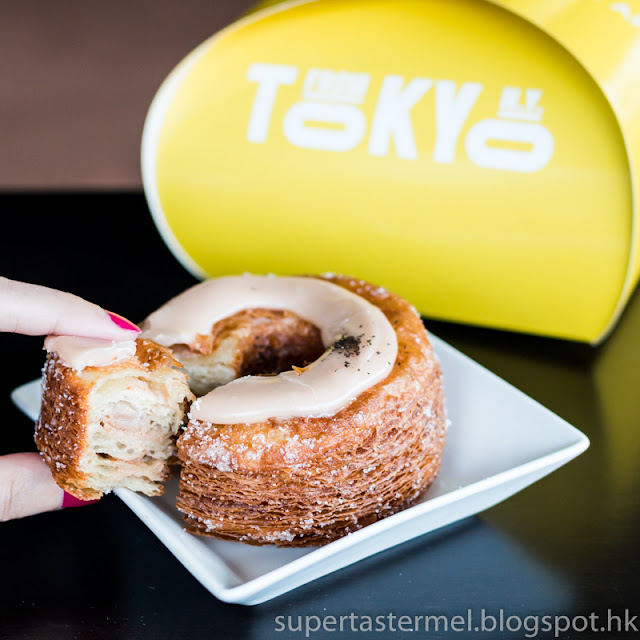 George the Monkey (¥680) is a special edition for the Year of the Monkey I supposed and he was filled with delicious banana cream while covered with caramel glaze. 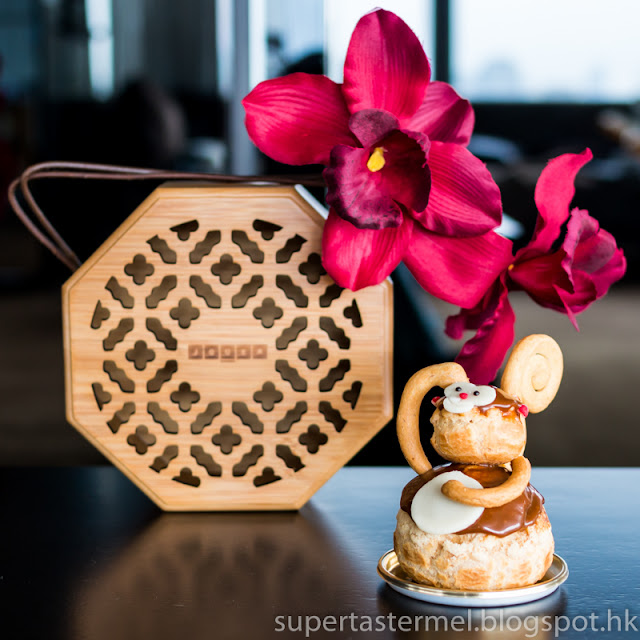 The Paris-Tokyo (¥700) is a twist on the traditional Paris Brest with matcha ganache and a soft passion fruit curd which is only available in Japan! 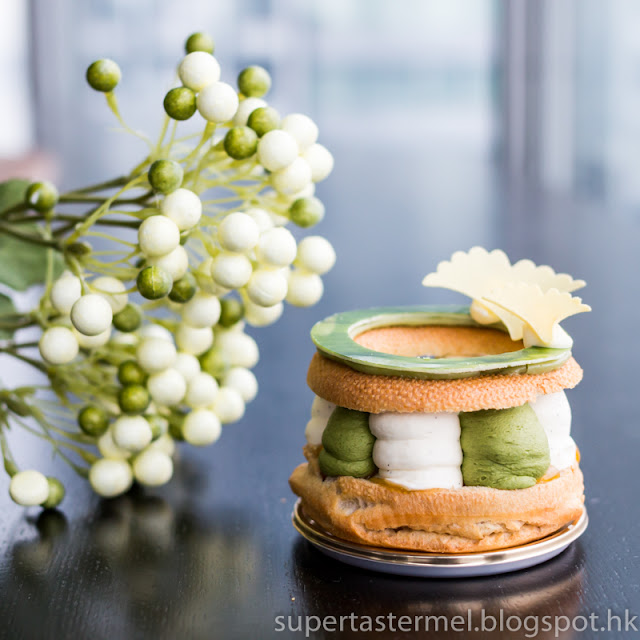 Situated right across from Kitsune (which serves the best matcha latte by the way), the space at Blue Bottle in Aoyama was much bigger and nicer than most of the Blue Bottle cafes I've been to in SF! Located on the 1/F, I especially loved the outdoor patio which looks out onto the street below but it was just too cold to enjoy during winter. Even though the cafe was nearly full house, we had no trouble finding a table to enjoy our beautifully poured latte and cappuccino since the cafe was so big. 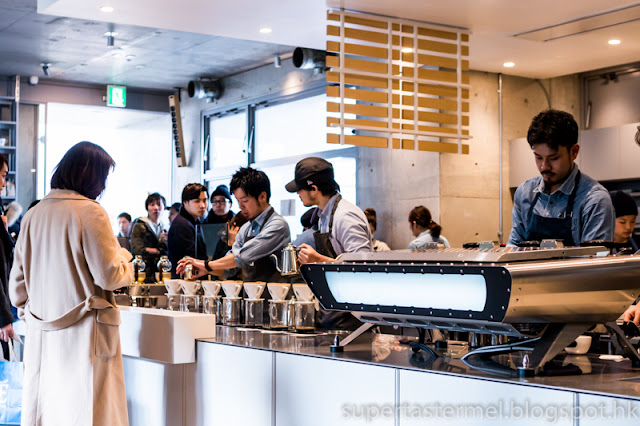 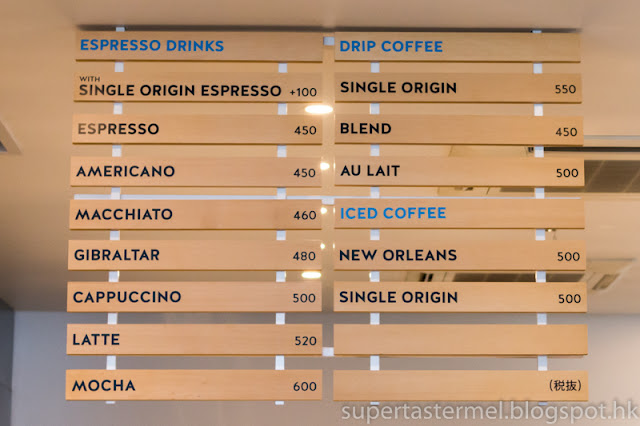 And yes that's a digital scale and timer to allow for the utmost precision in pouring drip coffee. 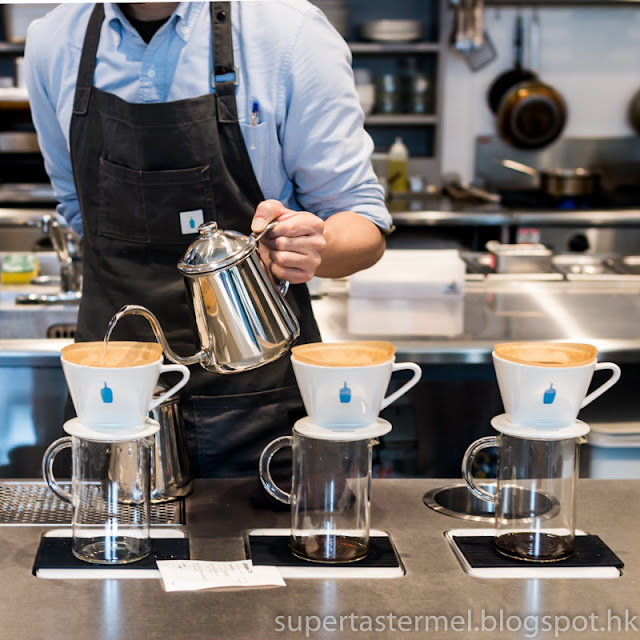 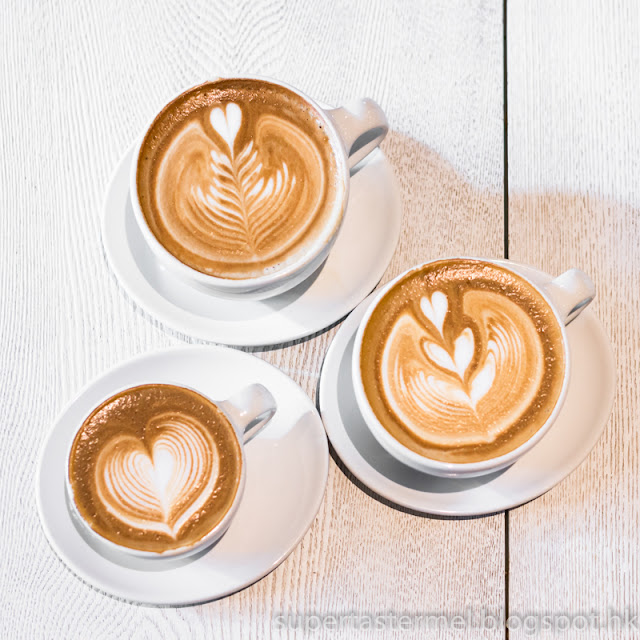 I'm actually not a big fan of Magnolia Bakery in the first place because I used to pass by their shop in Grand Central everyday and never really liked their cupcakes which were too sweet for me, but since we were with a friend who wanted to go, I thought what the heck and got the red velvet cupcake for old times sake. Fortunately we got the last one but unfortunately the cupcake was dry and hard, but at least the Snickers Icebox Pie with chocolate wafer crust layered with peanut butter, cream cheese and whipped cream filling topped with Snickers bar was pretty gratifying! 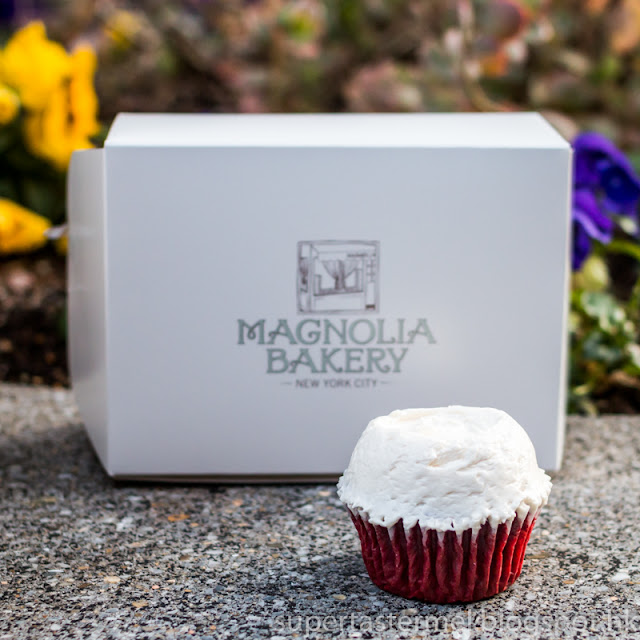 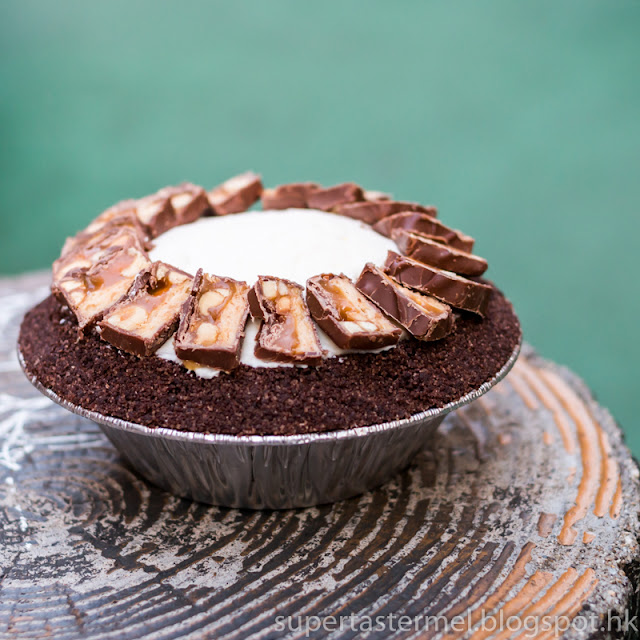 Clinton Street Baking is a seemingly hot brunch spot known for pancakes from NYC. We ended up trying their Eggs Benedict and Blueberry Crumbs Streusel Pancakes, but the food was just okay though while the service was pretty bad by Japanese standards. They made us wait outside in the freezing cold when there was more than enough room on the inside while the service was slow and nonexistent once you sit down. The coffee is supposed to have free refills but you can't find anyone to actually refill your cup while dirty dishes were just left on the table and not cleaned up to free up space on the tiny tables. Guess they imported the NY attitude when they brought over the food - I'd rather go to Bills instead for the same type of food to be honest. 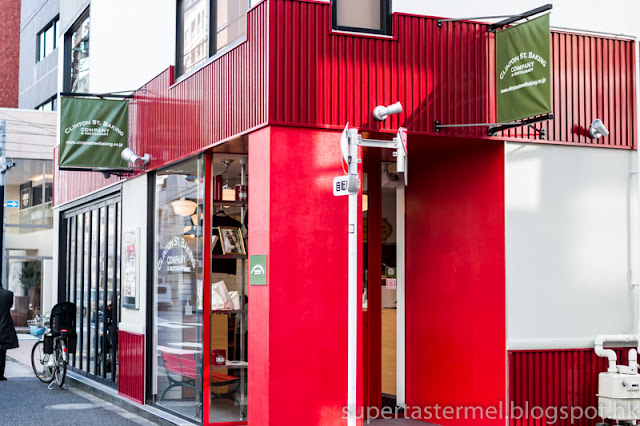 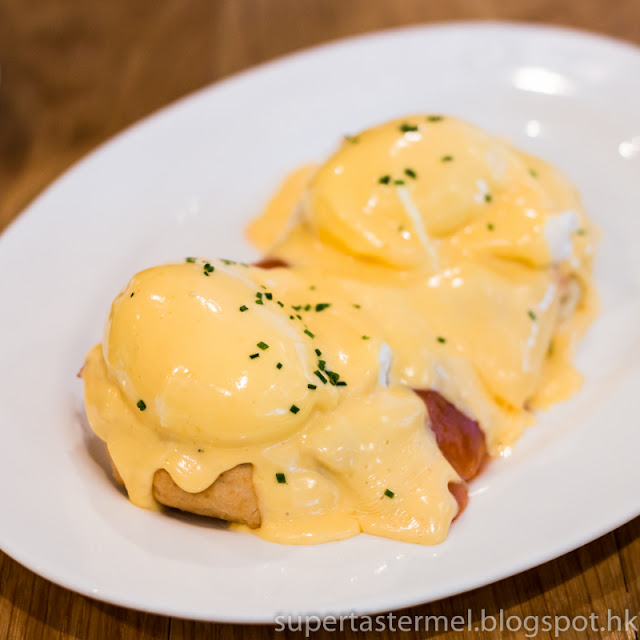 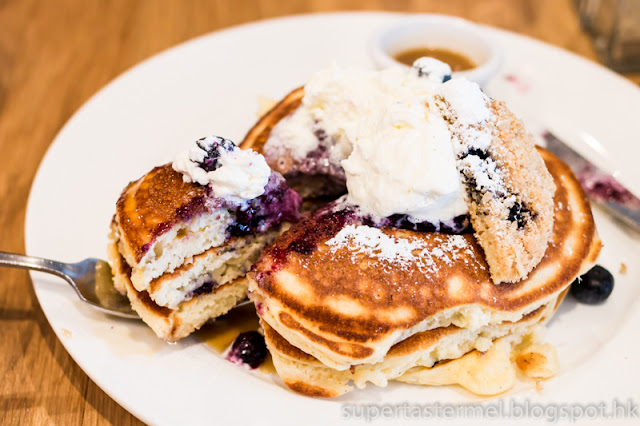 Well that's it for my tour of the US in Tokyo! Stay tune for one more Tokyo post before I go back to HK posts!