Last week, I had the pleasure of attending a special 6-course celebration dinner at The Pawn to celebrate its 2 year anniversary prepared by none other than Tom Aikens himself! Tom Aikens was the youngest British chef ever to be awarded 2 Michelin stars at the age of 26 and he has served as the culinary director at The Pawn ever since its extensive renovation in 2014. As one of the most iconic and historic landmark in Wan Chai, the restaurant offers modern British cuisine in a relaxed and informal environment. I had been here for lunch before and was fond of the food while I also heard great things about the weekend brunch here which I definitely intend on checking out very soon (especially now that the weather is perfect for dining outside on the patio)! 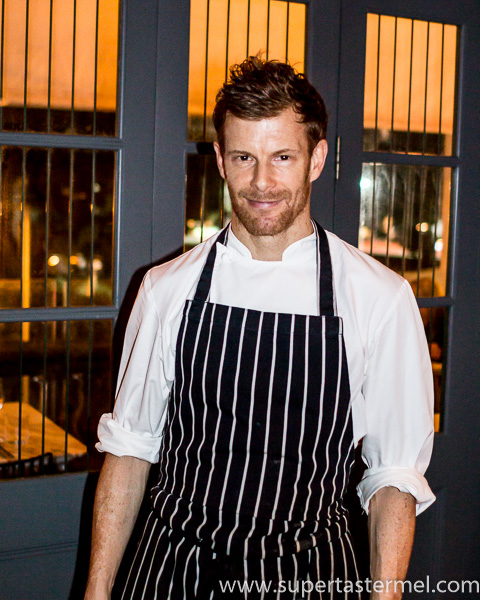 Our meat got off to a great start as the first course was a colorful Scorched Mackerel with Smoked Beetroot and Red Cabbage Gazpacho that had been paired with the R de Ruinart Brut Champagne from France. 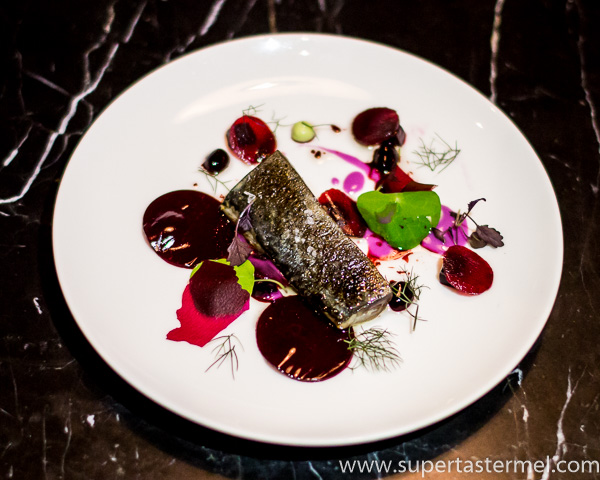 Given that it is white truffle season, it was befitting that we got treated to this adorable and yet scrumptious Savory Egg & Truffle Custard which was paired with the 2008 Romey Chardonnay from Sonoma, CA. 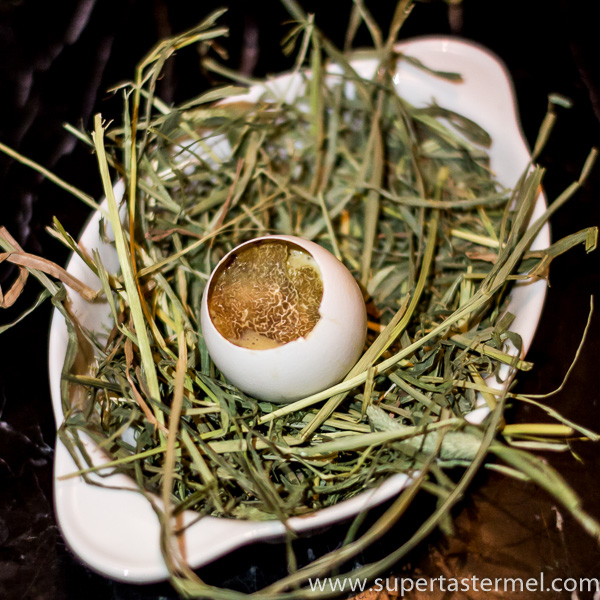 The Crispy Salmon with Duck Confit and Orange Puree paired with the 2014 Albert Bichot, Rochegres, Moulin-a-Vent, Gamay from Beaujolais, France. 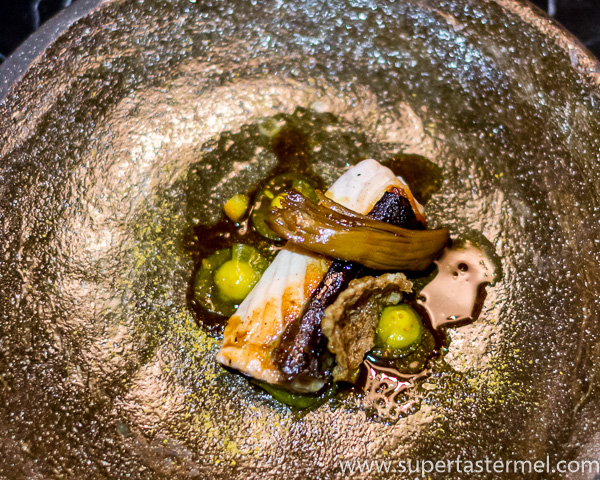 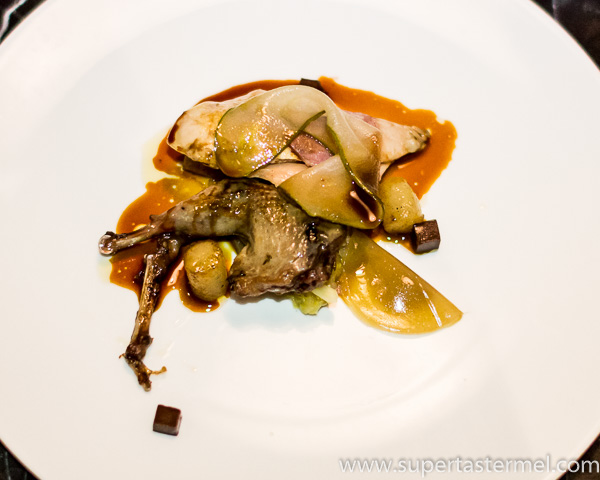 After the mains, we had two dessert starting with the interesting combination of Confit Plum with Coffee and Jasmine which had been paired with a Emilio Lustau 'Solera Reserva' Pedro Ximenez Sherry from Andalucia, Spain. 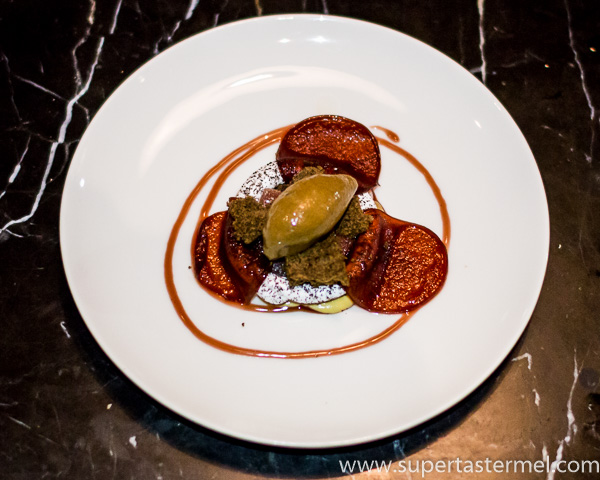 The last dessert of Smoked Chocolate Ganache and Whiskey ended our meal on a high note as it had a myriad of different textures and flavors that played off each other and danced across our taste buds. 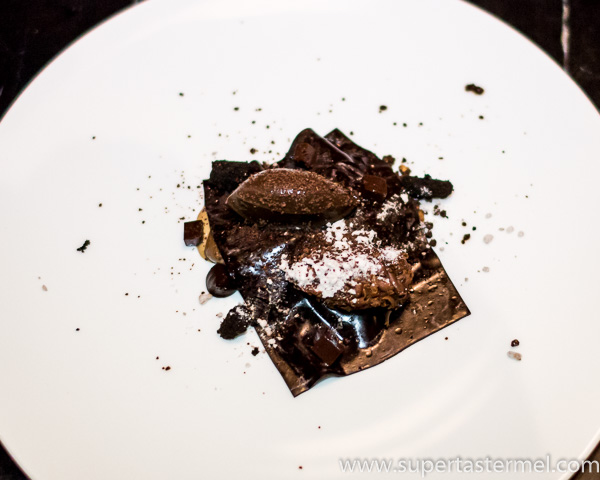