For the second year in a row, we attended the Opinionated About Dining's Top 100+ Announcement Weekend in Europe and the first event was "Five Decades of French Cuisine" at Lucas Carton in Paris with the following line-up of chefs:

It has been many years since our first visit to Paris and since we haven't really explored this city for gastronomy, this dinner was a great chance for us to get a taste of French cuisine from various famous chefs and restaurants in France. 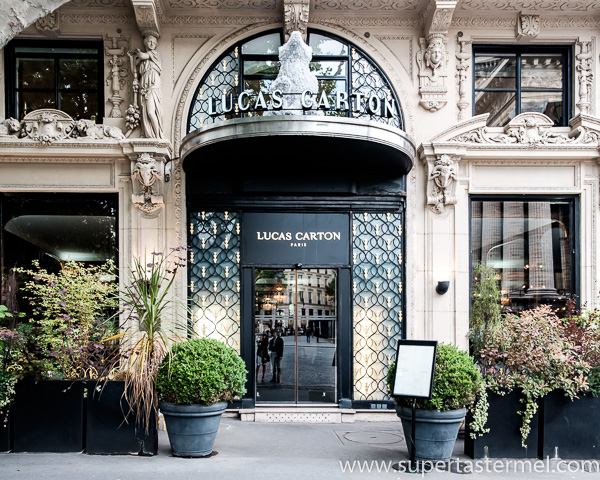 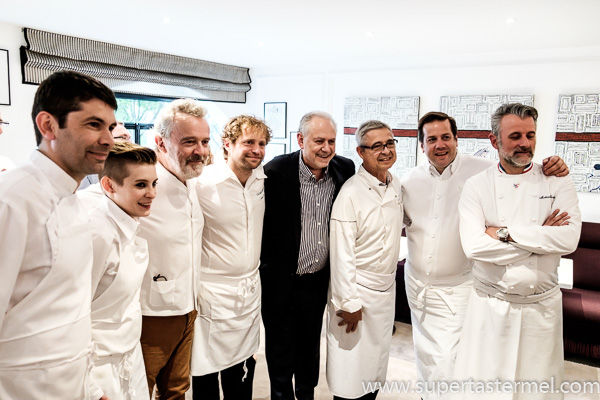 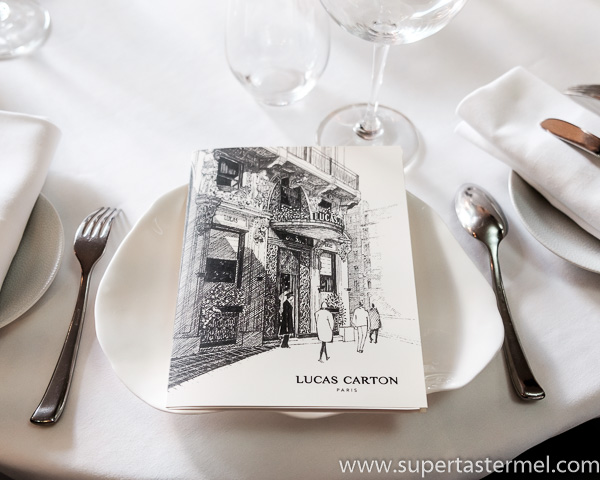 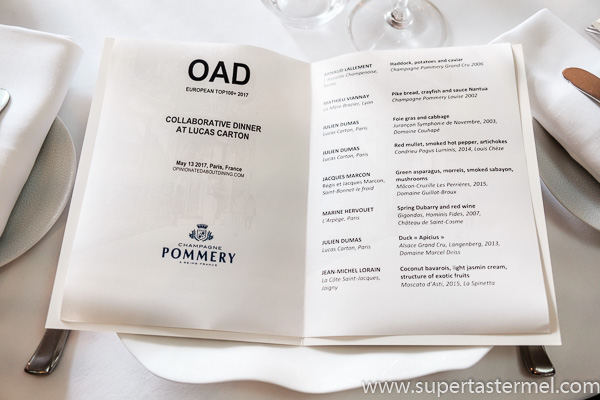 We started with the Haddock, Potatoes and Caviar from L'Assiette Champenoise where the saltiness of the caviar was perfectly balanced by the haddock and potatoes. We are actually going to his restaurant in Reims right after Paris and we can't wait to try out the rest of his food! 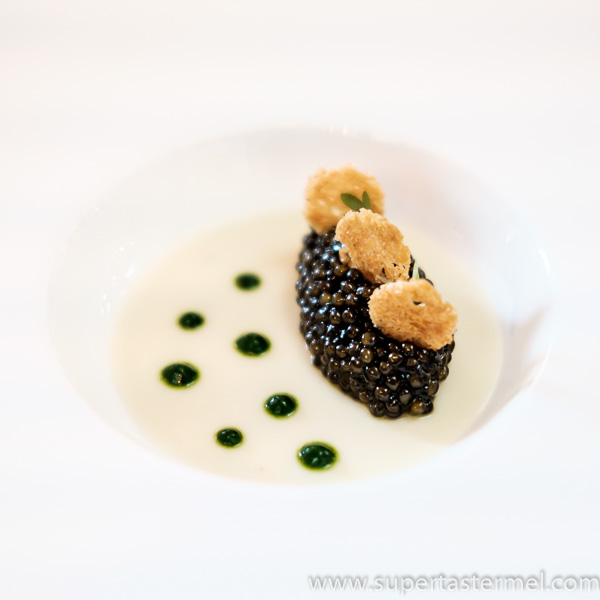 Pike Bread, Crayfish and Sauce Nantua from La Mere Brazier in Lyon. It was one of my favorite dish of the night as the sauce was super rich and delicious - better than any quenelle dish that I had previously tried in Lyon! It was interesting for the chef to turn the quenelle into more of a bread-like texture instead of the usual creaminess. 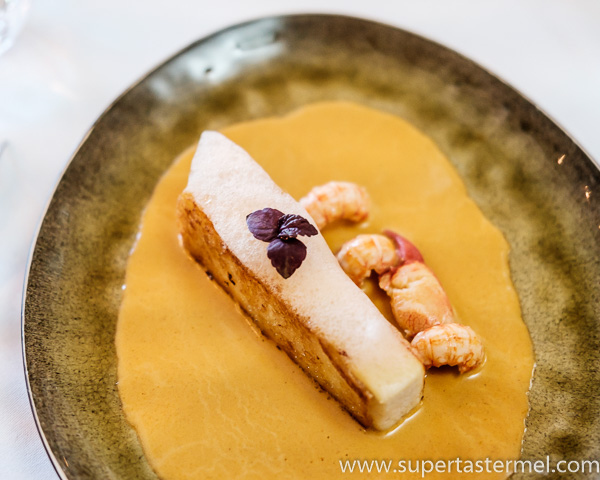 Foie Gras and Cabbage from Lucas Carton. J had been to Lucas Carton years ago as a teenager and the only dish he remembered was this classic Foie Gras dish so it was nice to be able to try it again. The steamed Foie Gras was not oily at all and the cabbage served as the crunchy layer that you normally get with caramelization when the Foie Gras is pan-fried. 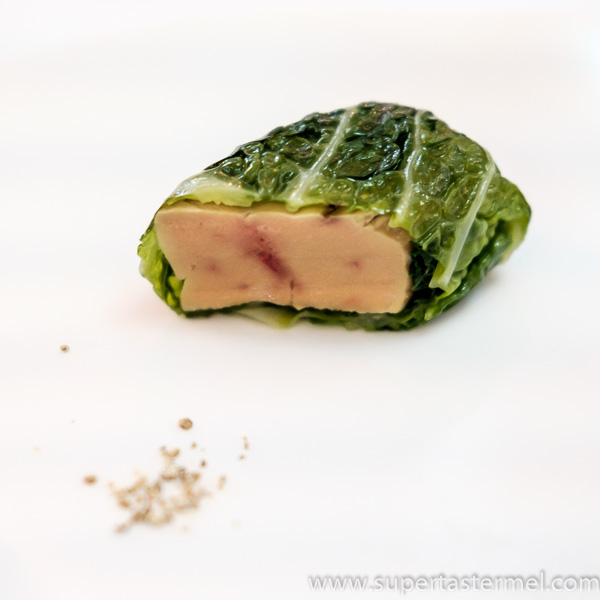 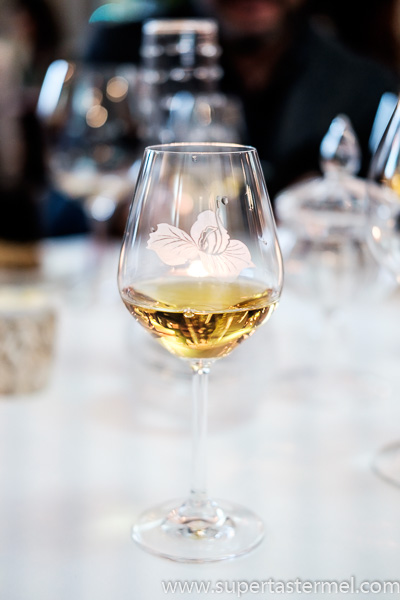 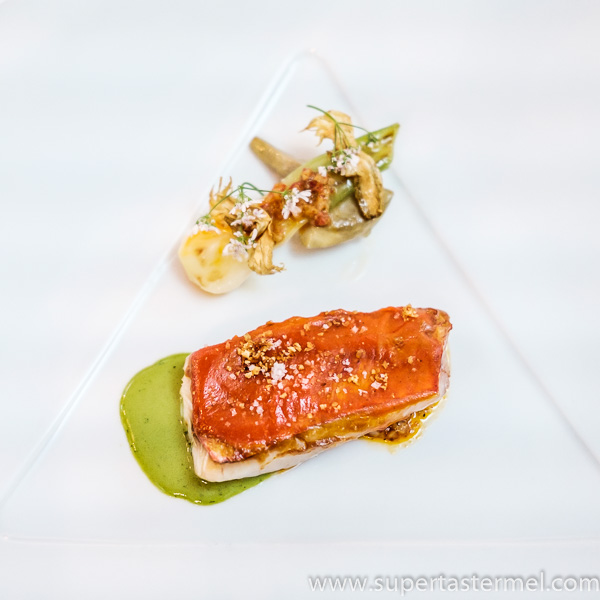 Green Asparagus with Morrels, Smoked Sabayon and Mushrooms from Regis et Jacques Marcon. The taste of the asparagus was super sweet and flavorful - this dish was just full of umami flavors! 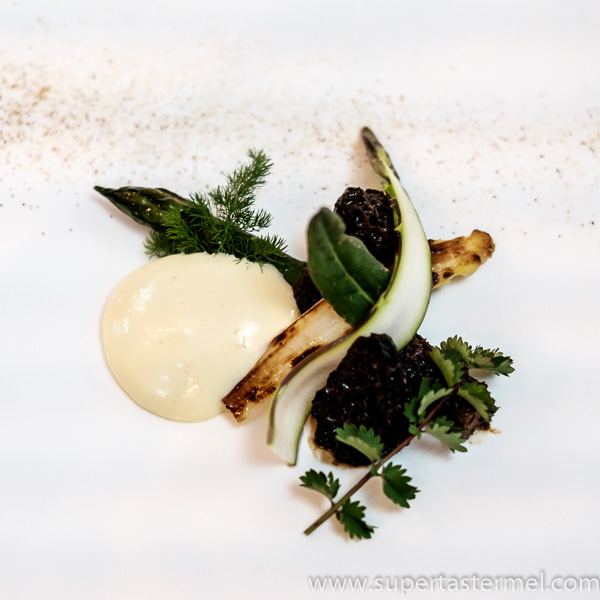 Spring Dubarry and Red Wine from L'Arpege. This dish was another one of our favorite dish of the night - who knew that vegetables can have so much flavor! The chef Marine Hervouet is obviously talent and only 24 years old - it'll be interesting to see what she does in the future. 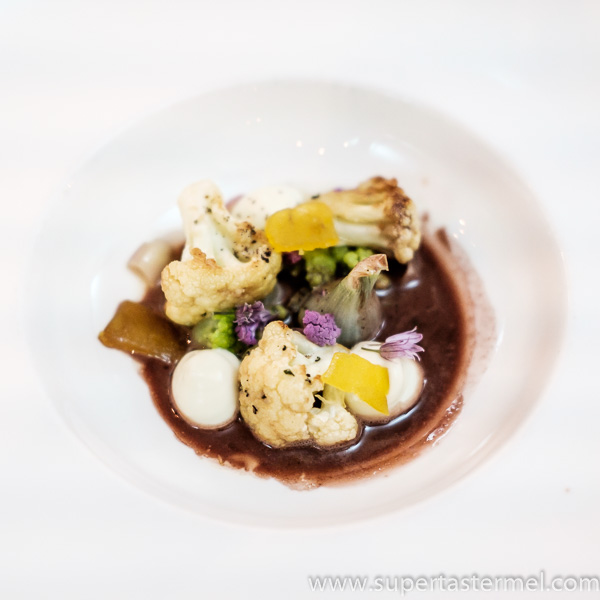 Duck <Apicius> from Lucas Carton. This was our least favorite dish of the night as the sauce was too sweet for our taste and the cooking of the duck could have been better as the texture of the meat was rather mushy. 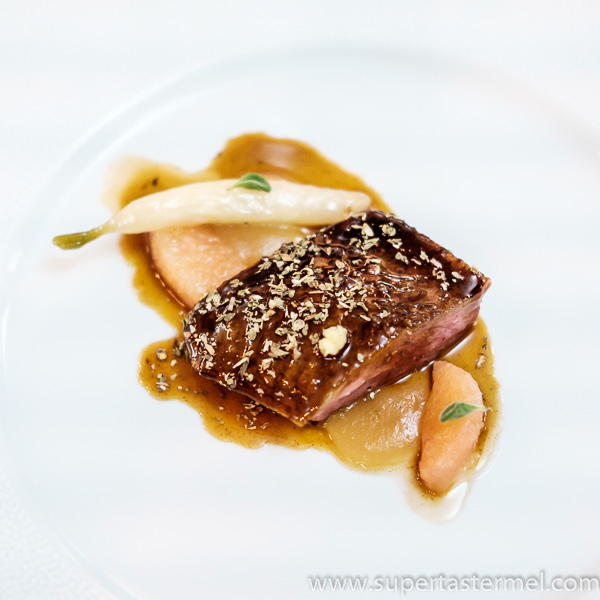 Our meal ended on a beautiful note with this gorgeous dessert Coconut Bavarois with light jasmine cream and structure of exotic fruits from La Cote Saint-Jacques. 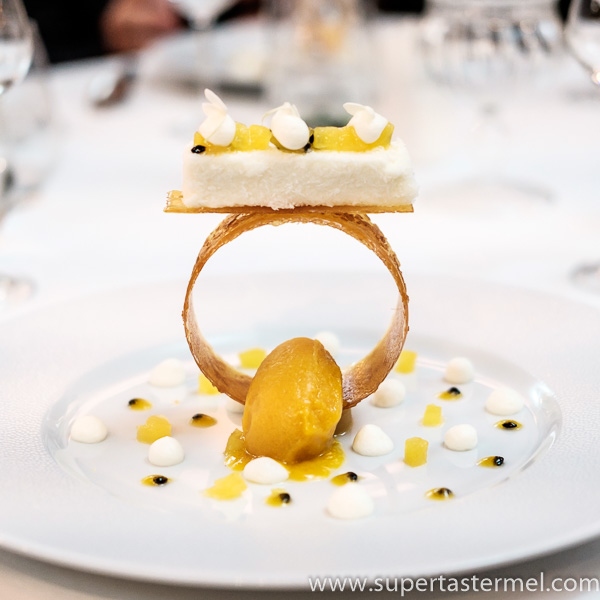 Stay tuned for Day 2 and 3 of the OAD Top 100+ Weekend plus a very special lunch at Alain Passard's garden in Normandy!