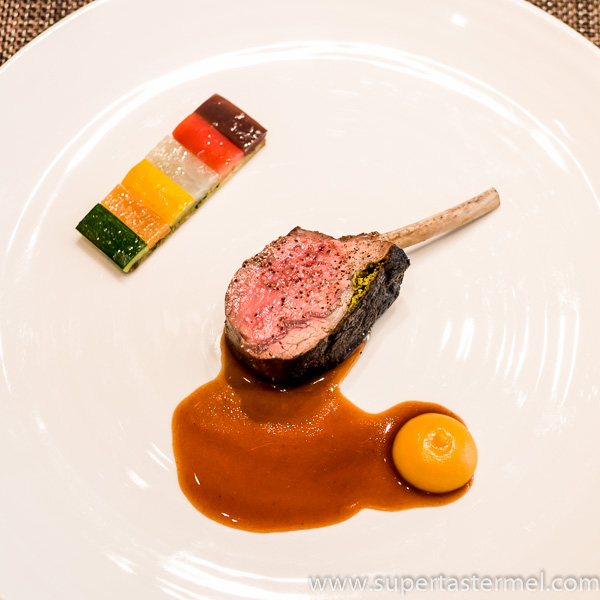 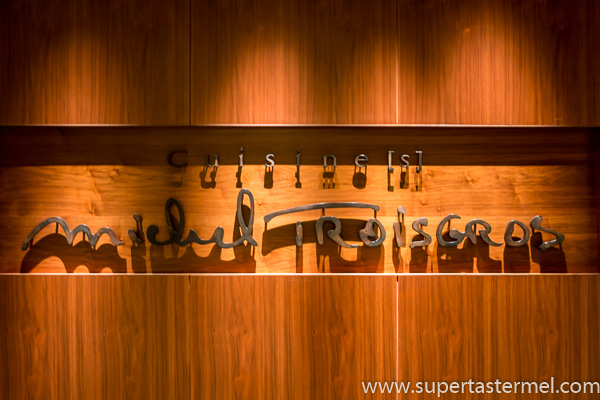 The chef at helm currently is Guillaume Bracaval who is from France and has experience working at esteemed restaurants like L'Arpege, Ledoyen, L'Ambroisie and of course Maison Troisgros before being appointed to the Tokyo branch as Executive Chef in 2012. 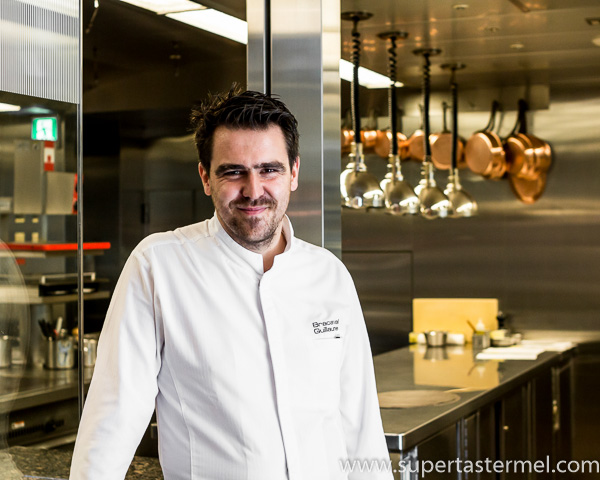 The restaurant employed an open kitchen design so that diners can watch the activity of the kitchen while sitting in the main dining room. 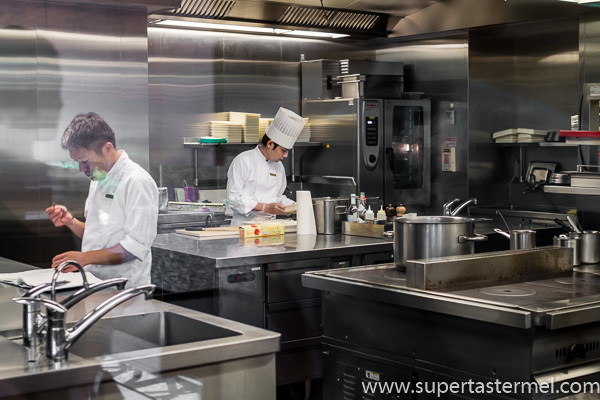 The dining room draws inspirations from both Japanese and French designs by using all natural materials and walnut wood to imitate the peacefulness of the French countryside. 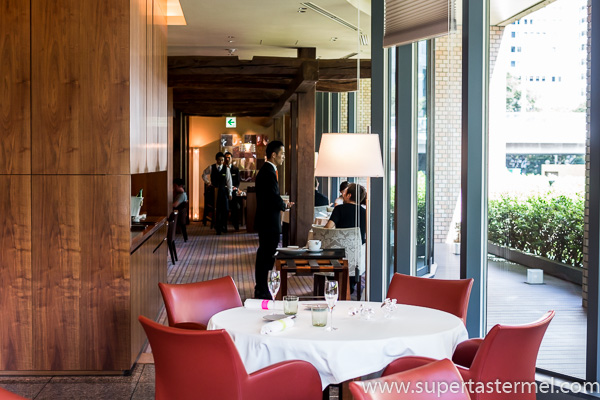 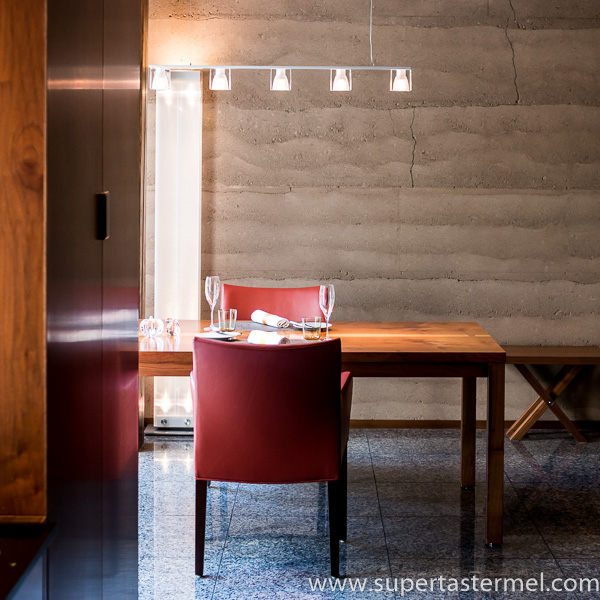 The lunch tasting menu consists of 9 courses for ¥‎14,000 and we started off with a few plates of finger foods that hinted at autumn with saba on crispy chip, tomato jelly with sprinkle of olives and creamed corn tart. 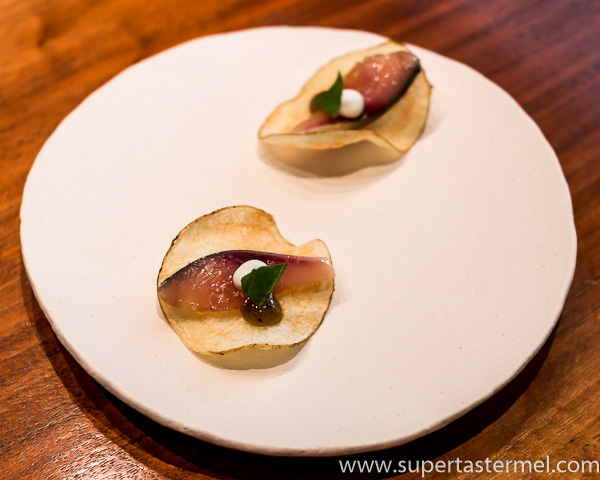 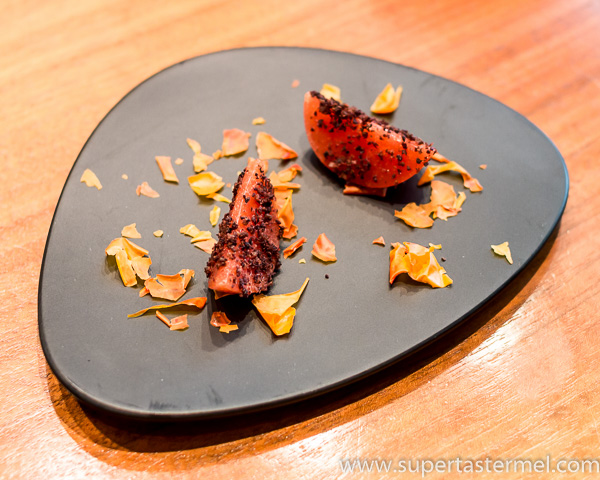 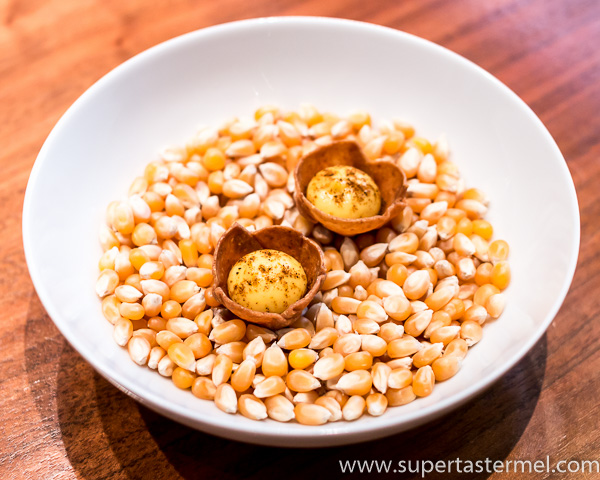 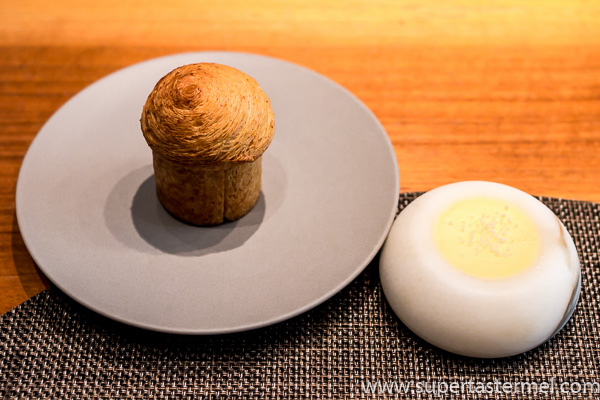 The amuse bouche is a refreshing Botan Ebi Shrimps Between Greenery and Passion with the shrimp wrapped in daikon radish interspersed with mint and passion fruit sauce. 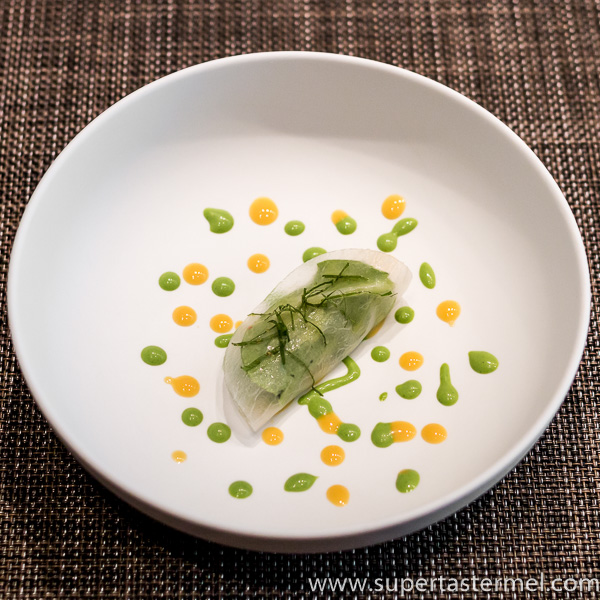 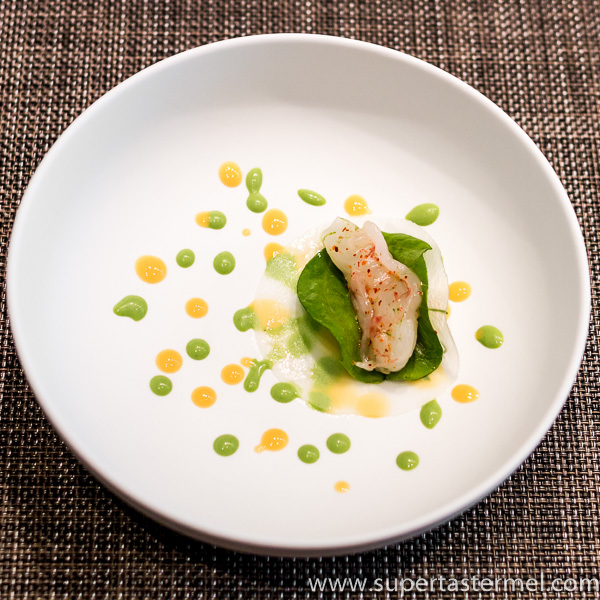 The next dish was a Veil of Tofu with Mussels and Saffron with mussels and girolle mushrooms from France in saffron cream that was light with delicate flavors. 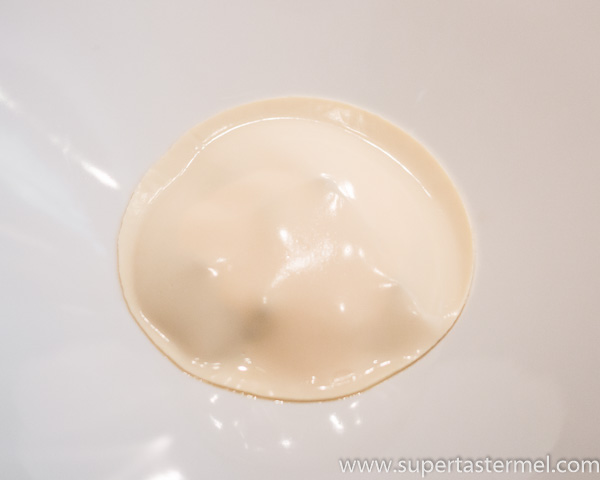 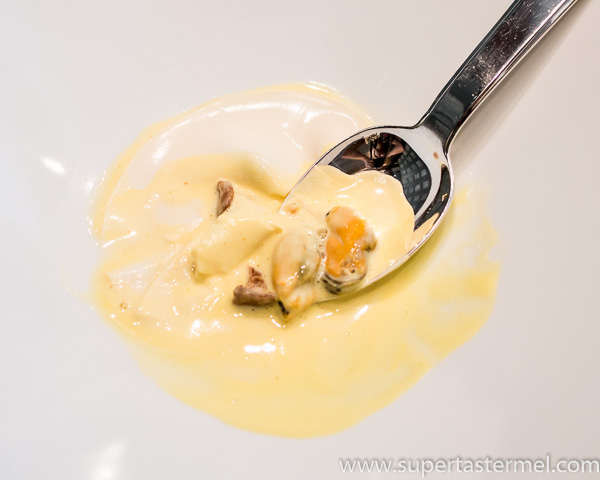 This colorful Summer, Colored Fields was a sea bass with two-colored butter, yellow and red paprika, and couscous. 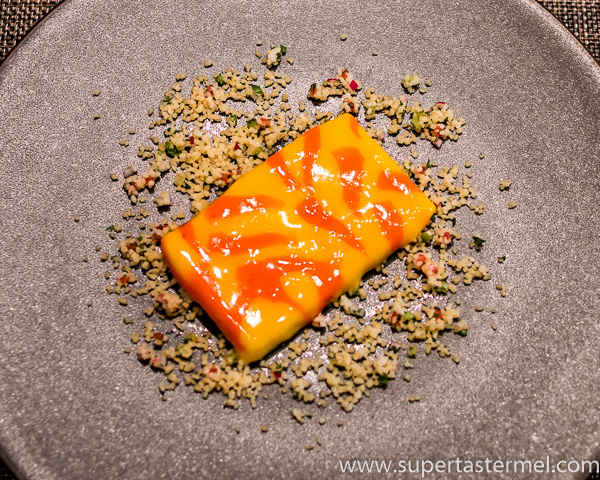 The Spiced and Burned Rack of Lamb with Vegetables Toast was splendid as the lamb was very flavorful with a crispy crust while the orange and garlic puree and gravy sauce balanced the meat with its acidity. The vegetables toast was also very awe-inspiring with a colorful line up of eggplant, radish, carrot, cucumber, and paprika.

I was very impressed with the cheese cart which had an extensive collection of cheese for us to choose from! They were introduced to us in groups such as goat cheese, soft cheese, hard cheese and the specialties like whisky cheese for example. 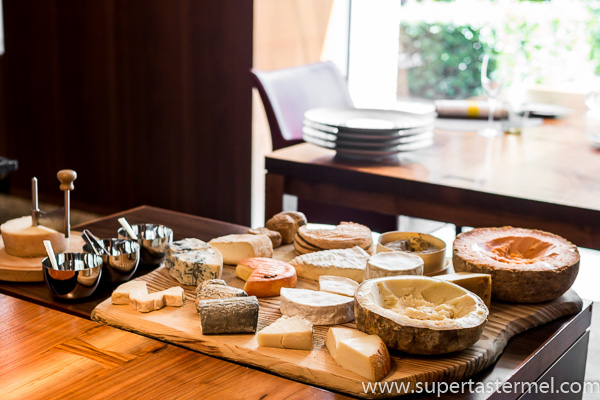 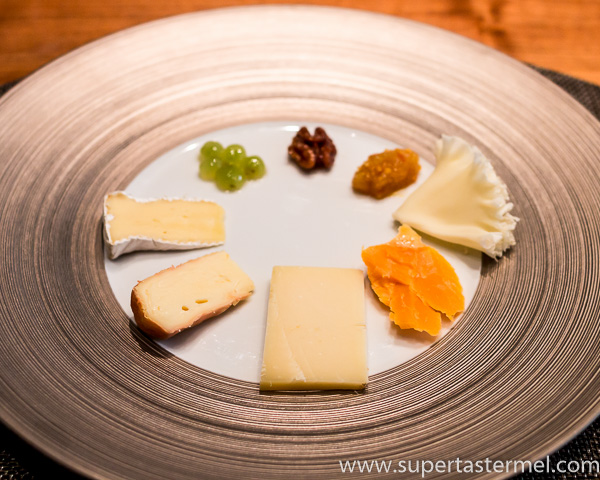 Our first dessert was an Eggplant with Yogurt and Miso with eggplant puree, parfait ice cream with miso and hazelnut in yogurt and Japanese soy sauce. It was very interesting to have so many savory elements in a dessert but it wasn't weird at all and actually came together nicely in a refreshing way. 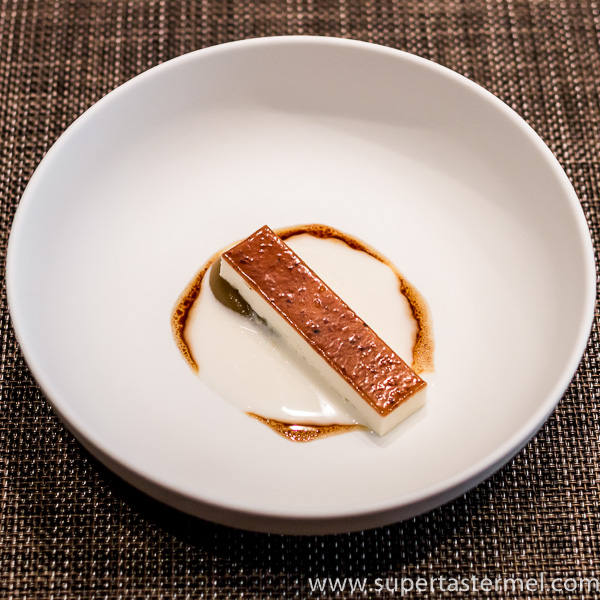 Before our second dessert, we received a few plates of Candy including coconut ice cream in chocolate, Japanese matcha and sake macaron, and peanut butter and whisky cream. 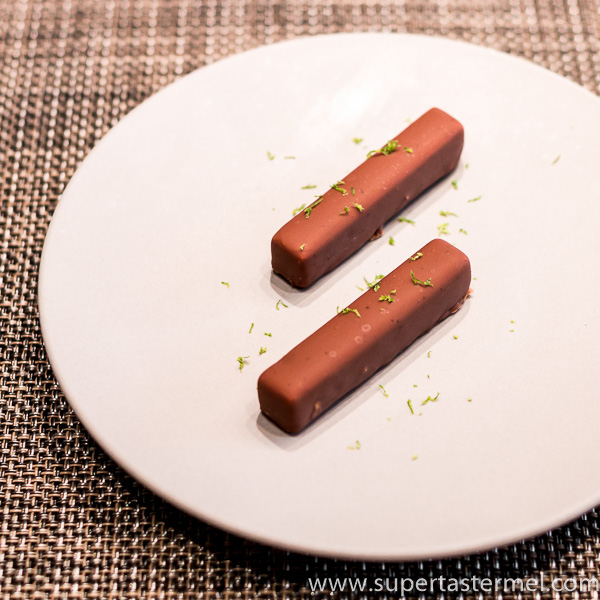 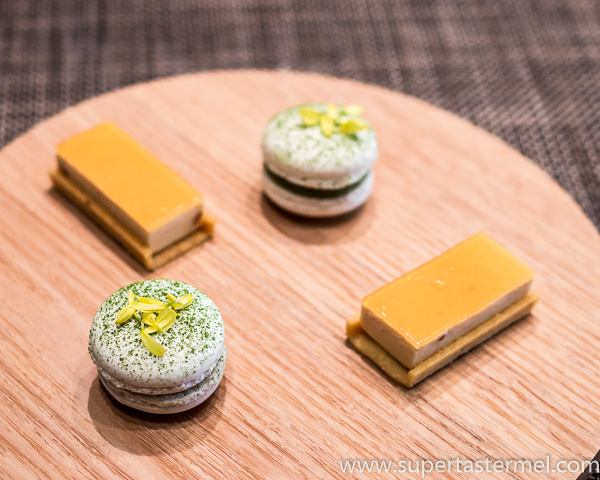 The last dessert was a Green Beans and Peach Salad with Japanese green beans, peach vinegar and mousse, sliced hazelnut and ginger, and lemon ice cream. It really did look more like a salad than a dessert and again the flavors were light and fresh. 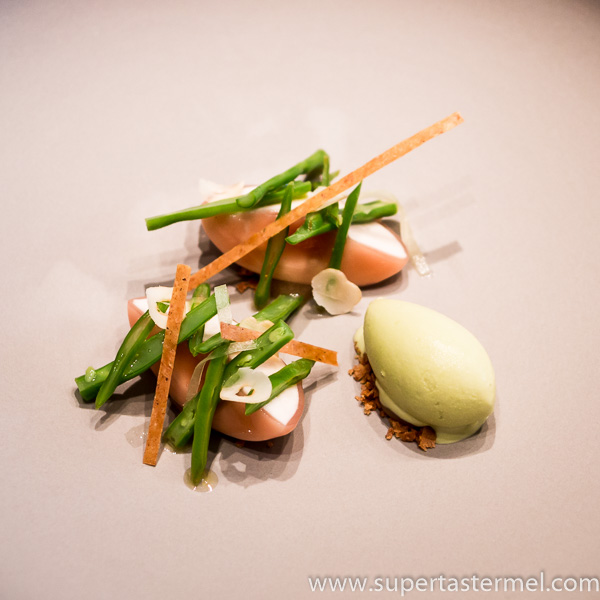 Verdict - although the cuisine is based on traditional French culinary techniques, the food at Cuisine[s] Michel Troisgros is not heavy at all but rather light with acidic tones so you end up feeling refreshed and not stuffed after the meal. It was nice to get a taste of Michel Troigros' cooking philosophy and I would love to visit the Maison Troisgros in Roanne in the near future!