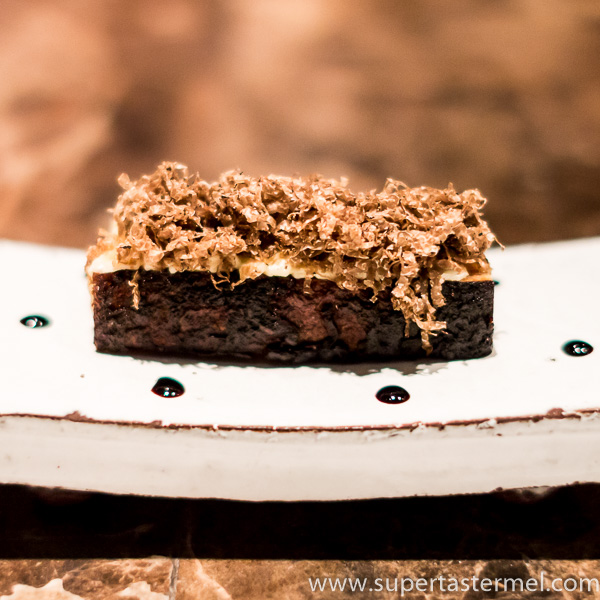 One of the most exciting restaurant opening in Hong Kong recently has got to be Frantzén's Kitchen - a modern Nordic restaurant by Björn Frantzén serving dishes with Asian influences. It is the chef's first restaurant outside of Sweden whose restaurant Frantzén in Stockholm has won multiple awards including 2 Michelin stars. The modern bistro took over the space which used to house Nosh in Tai Ping Shan where diners can choose to sit at the counter or table. I was pretty excited to try the restaurant so I made the reservations online before it even opened. The chef at helm in Hong Kong is Jim Löfdahl who was the head chef at Frantzén previously, and we sat right in front of him at the counter while he prepared our dishes. 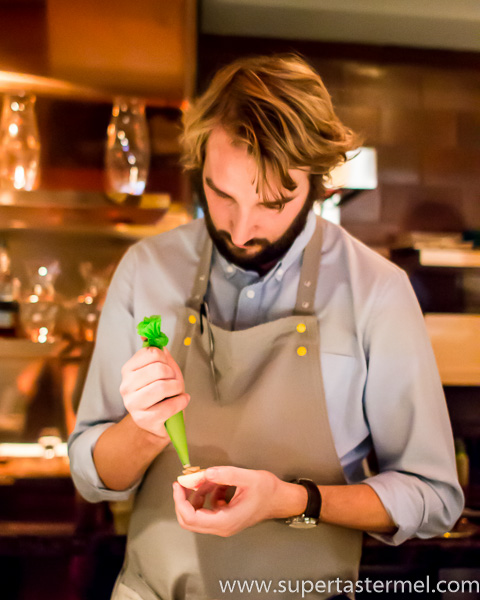 A lot of the dishes were assembled at the counter so the chef had a platter of colorful ingredients in front of him like a painter's pallet almost. 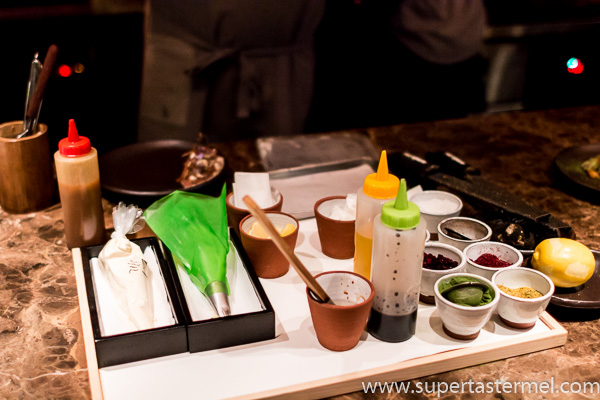 The menu was short and sweet where the dishes were drawn out as illustrations on a piece of paper which also served as our place mat. There were 4 snacks, 9 dishes and 3 desserts to choose from and ranged from HK$55 to $295 - it may not sound expensive at first but portions turned out to be quite small and we had to order a lot before we were barely full which adds up at the end. 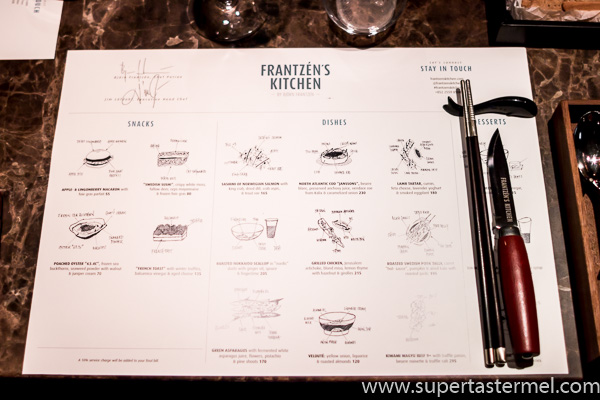 We were given complimentary bread and butter to start with and the brown butter turned out to be amazingly soft and flavorful. 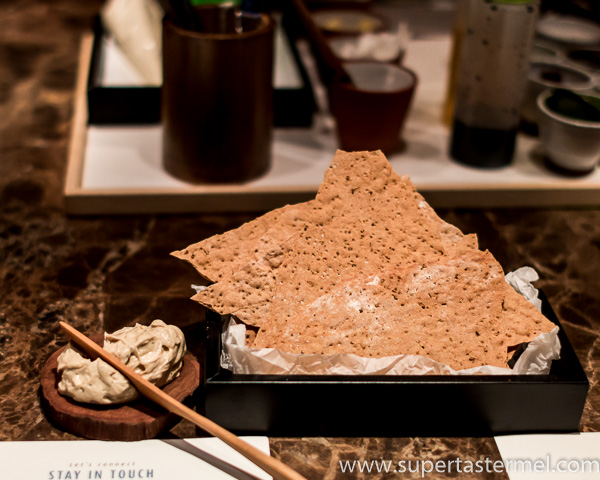 We ordered all 4 bite-sized snacks to start with which were all beautifully constructed. The Apple & Lingonberry Macaron ($55) with foie gras parfait was a nice start but we would have preferred richer flavors from the foie gras. 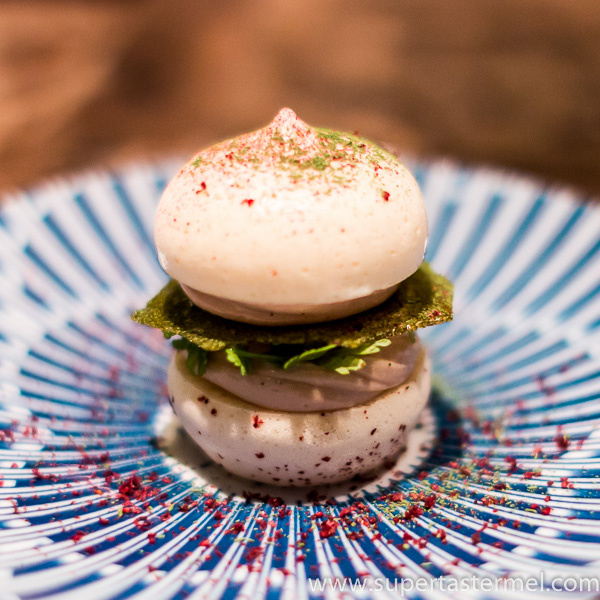 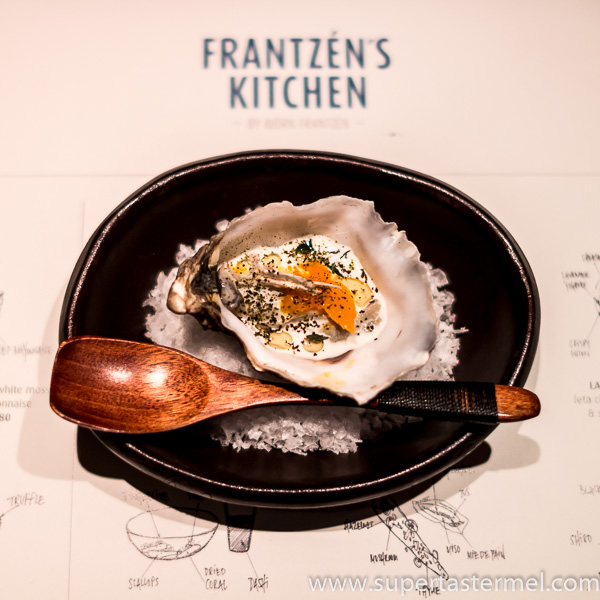 The "Swedish Sushi" ($80) with crispy white moss, fallow deer, ceps mayonnaise and frozen foie gras was certainly interesting as the piece of deer meat was fattier than I thought it would be. 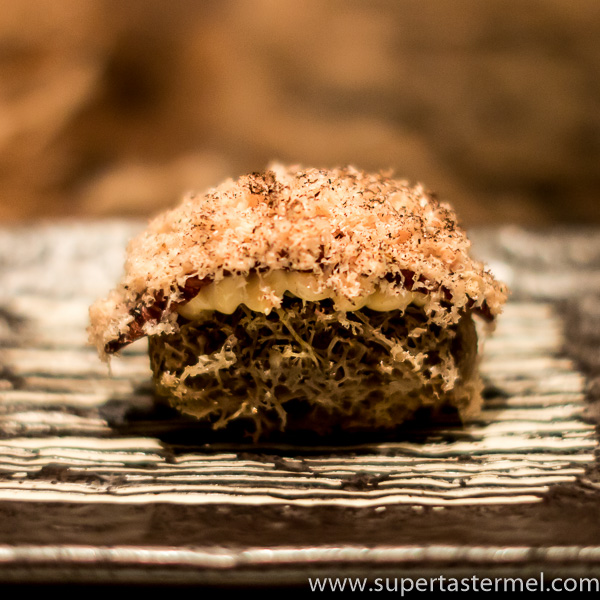 If I had to choose, the "French Toast" ($125) with winter truffles, balsimico vinegar and aged cheese was probably the best out of all 4 snacks. The aged cheese and balsamic vinegar went perfectly with the crispy toast but just wished the portions were bigger for the price.

For the mains, it was recommended that we get 4 dishes between the two of us so we decided to order a few different fish, meat and vegetables to try. The Sashimi of Norwegian Salmon ($165) with king crab, dried dill, crab aspic and trout roe turned out to be our least favorite with very little flavor. 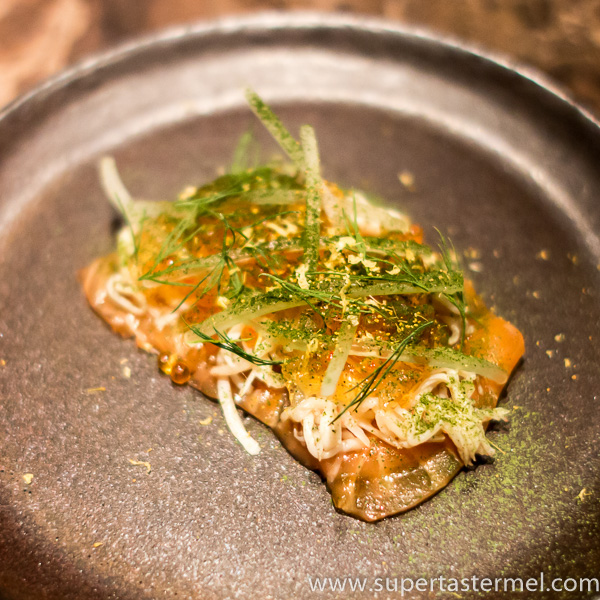 The Lamb Tartar ($180) with cumin, feta cheese, lavender yogurt and smoked eggplant sounded interesting as we've never had lamb as tartar before but the lamb had less flavor than expected and instead all we could taste was the cumin. 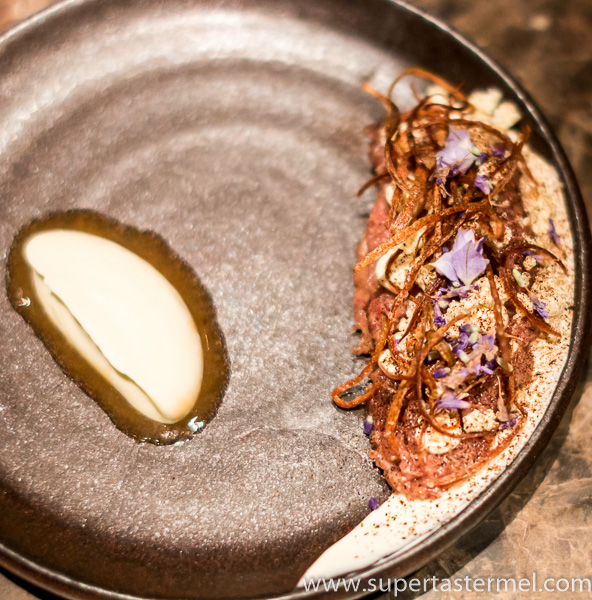 The Green Asparagus ($170) with fermented white asparagus juice, flowers, pistachio and pine shoots turned out to be the most (and only) impressive dish of the night with incredible flavors from the fermented juice and homemade curry paste. 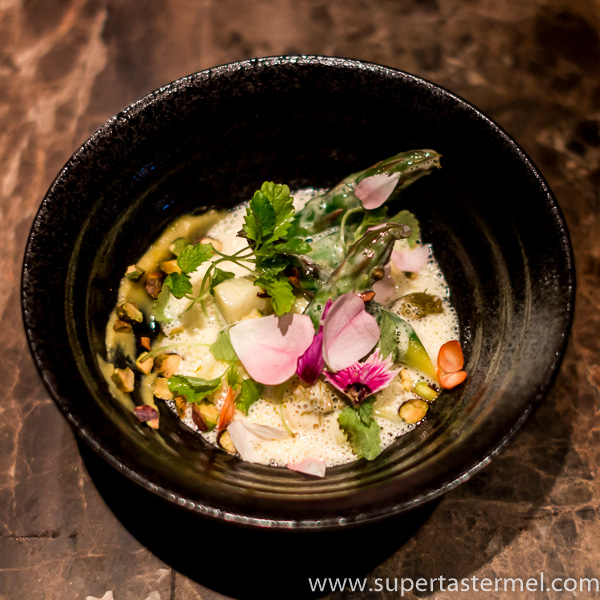 The Roasted Swedish Pork Belly ($195) with carrot "hot sauce", pumpkin and dried kale with roasted garlic has a lot of potential as I loved the sides (especially the pumpkin puree) way more than the pork belly which could be more tender while the skin could be crispier. 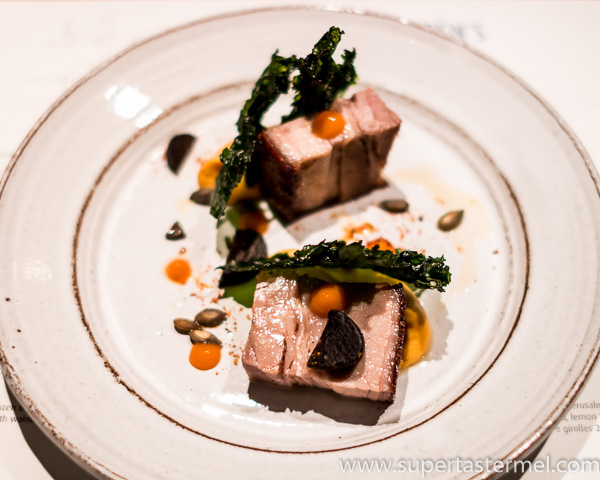 Lastly, we got the Smoked Ice Cream ($115) with toasted nuts, tar syrup and salted fudge with cloves to share. Turns out there was barely a spoonful of ice cream so it was hard to share and as for the ice cream, I couldn't really taste the smokiness unlike the ones at Saison in San Francisco. 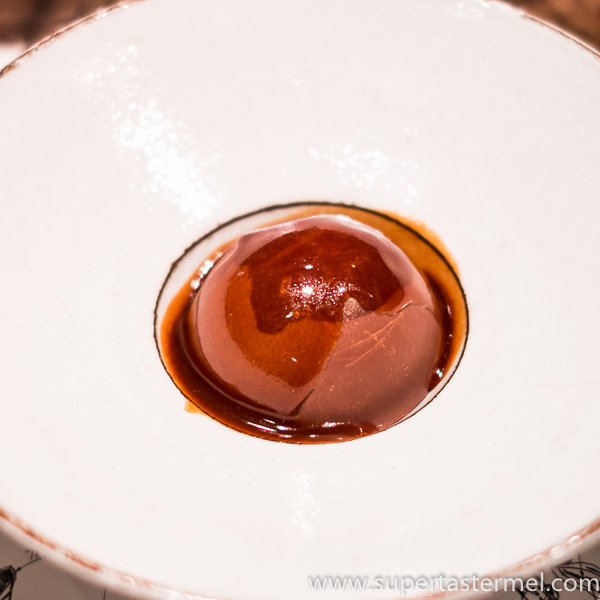 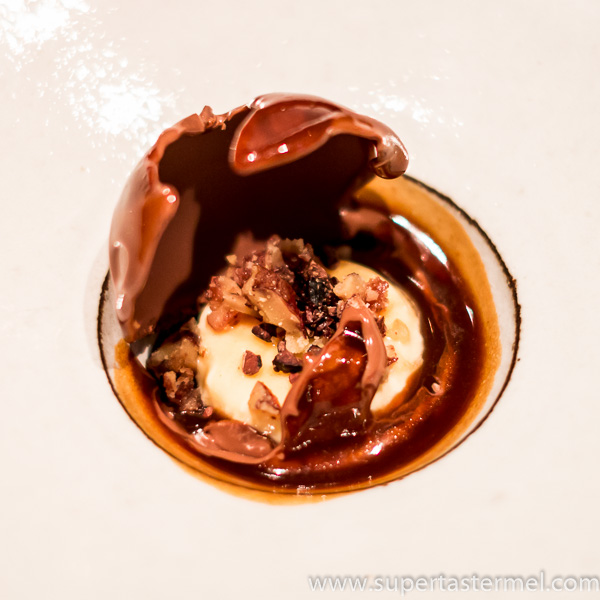 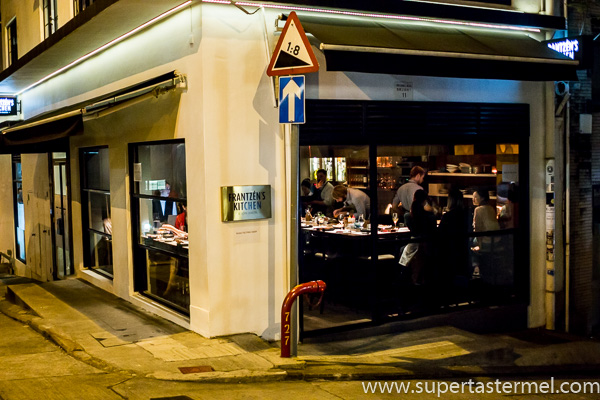 Verdict - I really wanted to like Frantzén's Kitchen but I didn't. The flavors failed to impressive and the portions were very small for the price - we ended up paying $1K per person which was more than I expected to spend for a "casual" meal at a bistro. Maybe our expectation were too high but to be honest, I'm of two minds about how to think about this restaurant. Do we compare this with other restaurants we've tried in Copenhagen and Europe or just Hong Kong? On an absolute level, it wasn't that impressive but if we are talking about Hong Kong only, I guess the food is pretty new and exciting, and worthy of a try.