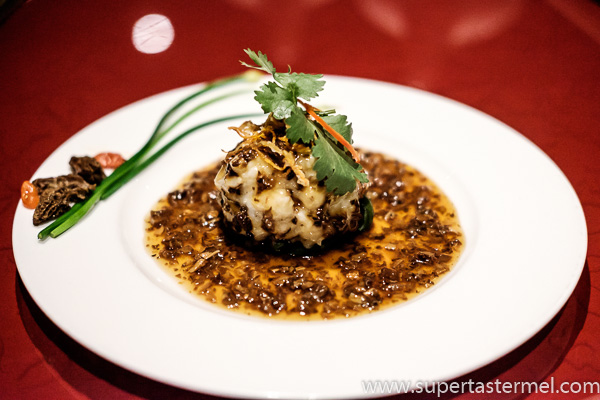 Hoi King Heen at InterContinental Grand Stanford is one of our go-to Cantonese restaurants in Hong Kong and the running joke is that despite its name 海景軒 which means "sea view" in Chinese, there's no view at all because the restaurant is located in the basement. Not that it matters when the food is good and the environment is dark, cozy and quiet. With over 30 years of culinary experience, the Executive Chef Leung Fai Hung has honed his cooking all over Asia and has been working at Hoi King Heen since 1995.

It's mushroom season now so I was recently invited to try some of the new seasonal dishes including this Vegetarian Soup Dumpling with Matsutake Mushroom (上素松茸灌湯餃). It's quite a contrast compared with its normal version which includes fillings of abalone and crab meat but the vegetarian version had lighter and purer flavors which were appealing in its own way. 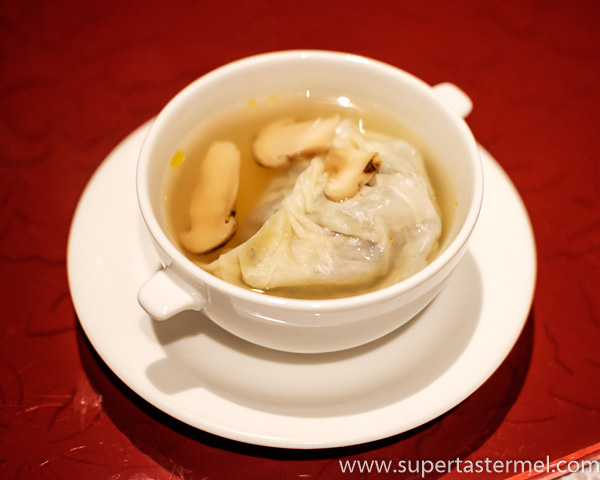 We then had enjoyed a few dim sum including my favorite Glutinous Rice Dumplings Filled with Peanuts and Chicken (狀元茶粿)! Usually 茶粿 are simply steamed but the one here is pan-fried on one side of the dumpling so it's crispy and chewy at the same time. 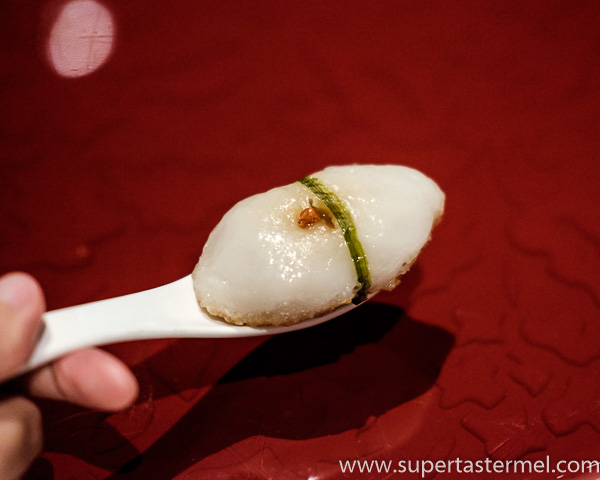 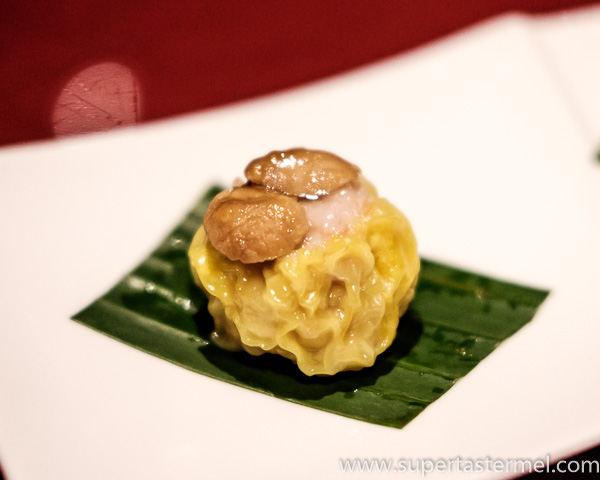 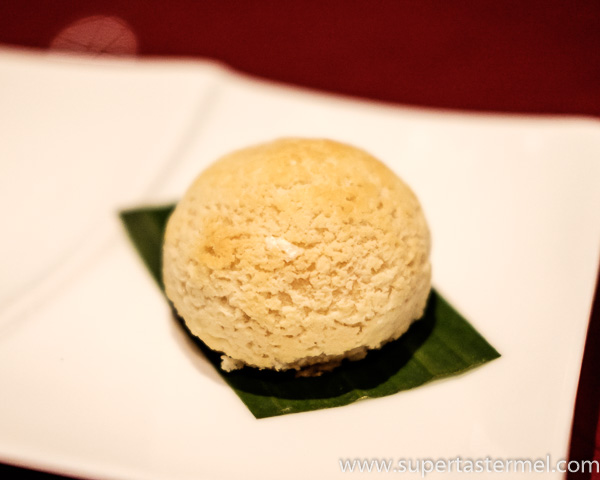 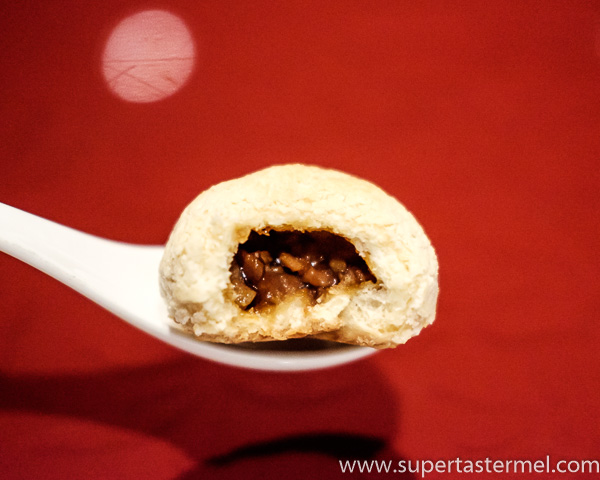 The presentation of the Steamed Garoupa with Morel and Matsutake Mushroom (菌香海皇球) was an impressive one and it was also my favorite dish of the day. The garoupa had been carefully deboned before being shaped into one giant fish ball where the texture was super plump and bouncy - what a great way to eat fish for someone like me who hates fish bones!

The Vegetarian Tofu Skin Dumpling (一品素香石榴球) is based on a traditional Chiu Chow dish and resembles a pomegranate which signifies celebrations. Inside the tofu skin are chopped water chestnuts, mushrooms, bamboo fungus and Chinese cabbage before being finished with a carrot sauce. The crunchy textures along with the fresh flavors were both simply alluring. 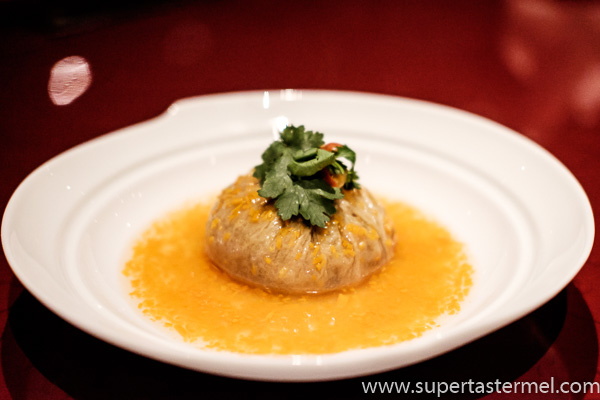 The Wok-fried Prawns with Matsutake Mushroom in Yunnan Ham Sauce (金華菌皇大蝦球) was packed with flavors but what stood out to me were the deliciously chewy white seeds underneath the prawns. The seeds comes from the plant Euryale ferox and is said to have health benefits. They're usually used in soups so it was interesting to eat the seeds by themselves here. 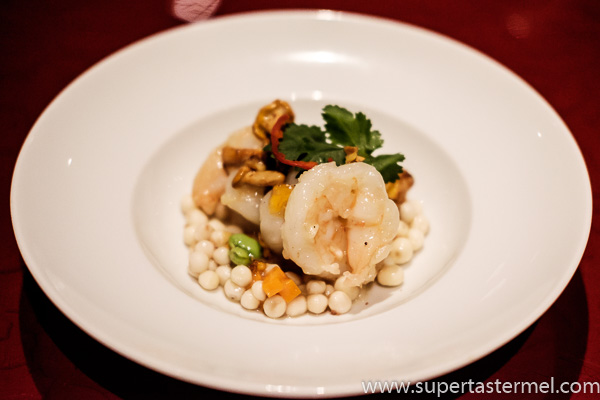 For desserts, we had a few classics including this Deep-fried Milk Rolls (黄金脆奶卷) which is my personal favorite here! The outside was crunchy and crispy while the milk custard filling was not too sweet. 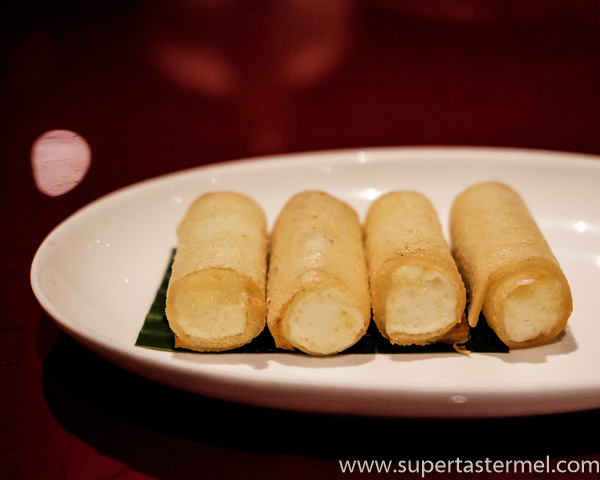 The Chilled Sesame Roll (泮塘芝麻卷) may look like the traditional black sesame roll dessert but it's really an alternative flavor to the signature Chilled Hawthorn Rolls (泮塘山楂卷) here. Apparently the chefs alternate the flavors from time to time because it's hard to produce both so you may get one or the other depending on your luck. 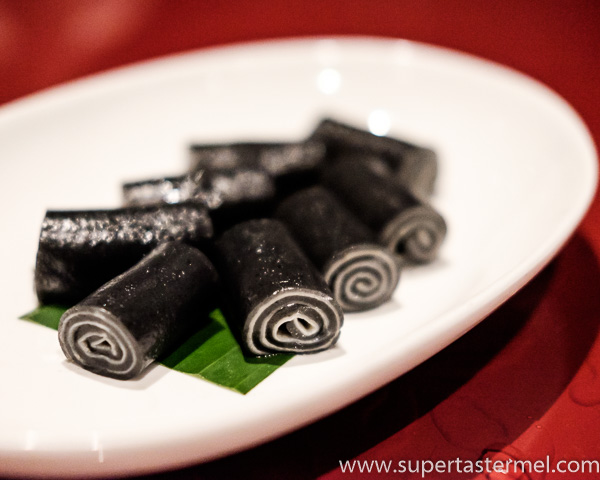 Another dessert that is a must-try here is the Almond Cream with Egg White (蛋白杏仁露) which is usually cooked right in front of you. I know a lot of people who can't handle too strong of an almond taste but I think the balance is just right here. 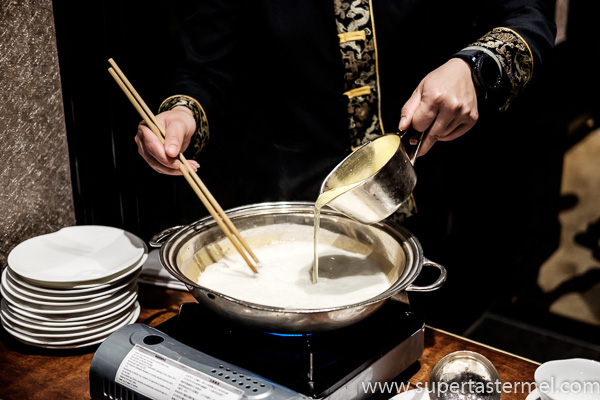 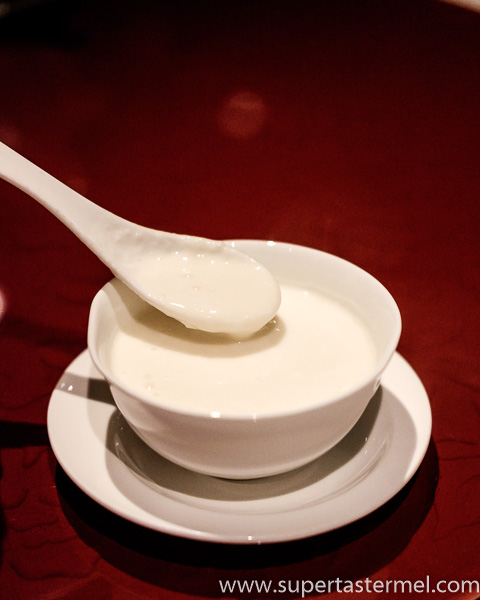