The second stop of my Japan trip is to see the shibazakura "pink moss" at the Fuji Shibazakura Festival located in the Fuji Five Lakes area near Mount Fuji! As a photography nut, I've been wanting to come here after seeing pictures of vast fields of gorgeous shibazakura with the majestic Mount Fuji in the background. The festival is typically held from mid-April to early June and in 2015, the festival runs from April 18 to May 31.

There are several ways of getting to the festival site: by train, by bus or by car. Since we had a Rail Pass, we went by train and unfortunately it is not something I would recommend because of the number of tight train transfers that we had to make plus the rail pass only covered the journey partway (up to Otsuki). You can see from the actual train schedule below that we took how tight some of those train transfers were (3-10 minutes) and we almost didn't make it to the train to Kawaguchiko because we had to queue to buy the train tickets. The punctuality of trains in Japan can be a catch 22 here since you know they will leave on time and once you miss that, it can delay your trip by another 30 minutes. Our total travel time ended up being 4 hours from Tokyo since the 30 minute bus ride to the festival site took almost 1.5 hours due to the traffic congestion. In hindsight, the direct bus from Shinjuku was a better idea since you didn't have to worry about train transfers.

Perhaps due to the long and arduous journey, I was slightly disappointed with my experience since the fields were still patchy in some parts while the weather was not ideal. I guess it was also a case of expectations vs. reality since it also didn't quite look like what I saw from the posters. The weather was quite cloudy so the sun came out intermittently while Mount Fuji was hiding behind a pillow of clouds. I'm still happy that I got to see the shibazakura but it's probably better to stay in the area afterwards instead of doing a day trip like I did since it was very tiring. 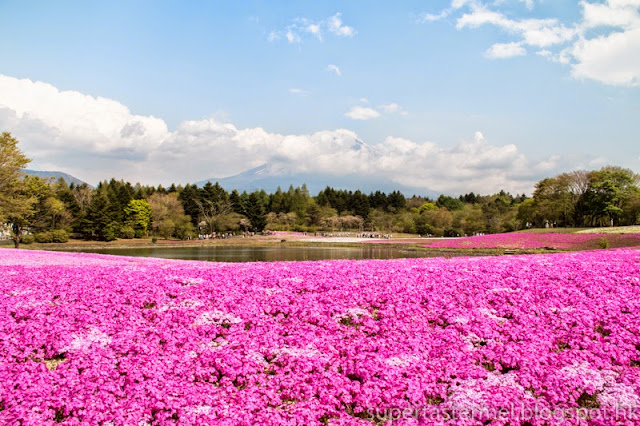 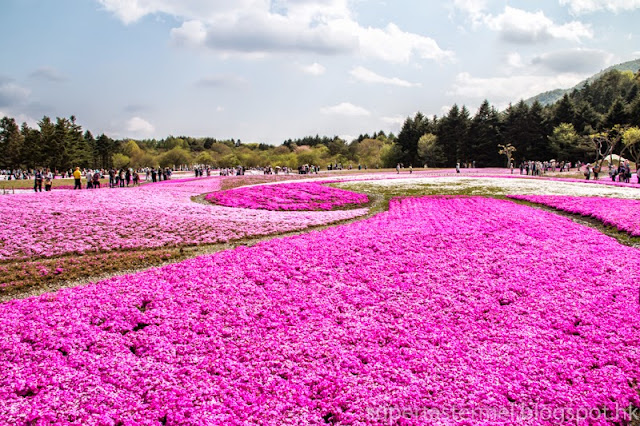 The varying shades of shibazakura! 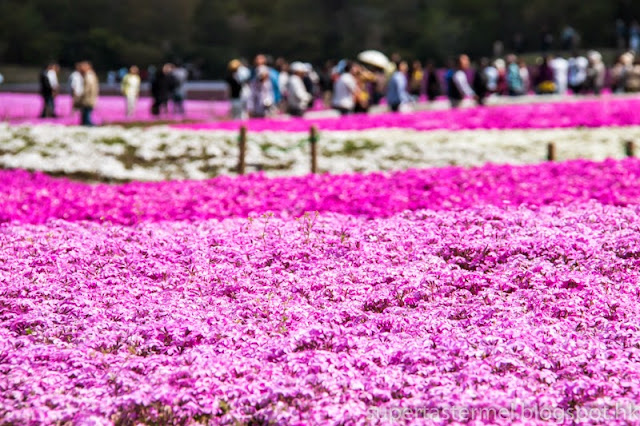 Behind the mini Mount Fuji is the bridge where you can get a panoramic view of the festival site. 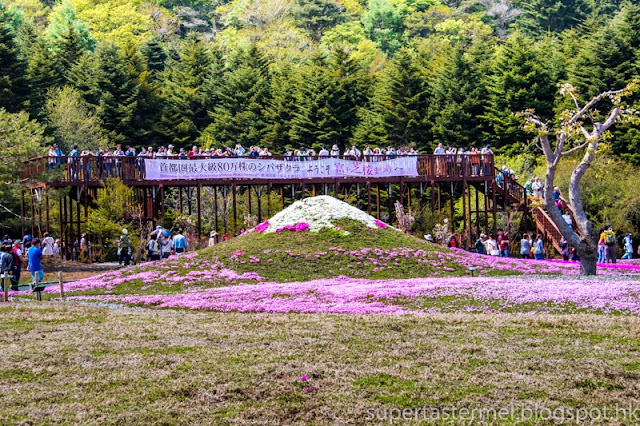 As you can see, parts of the flower fields still have not bloomed yet when I was there on May 8th so perhaps visiting closer to the end of the festival period would be a better idea in order to get the most ideal viewing. 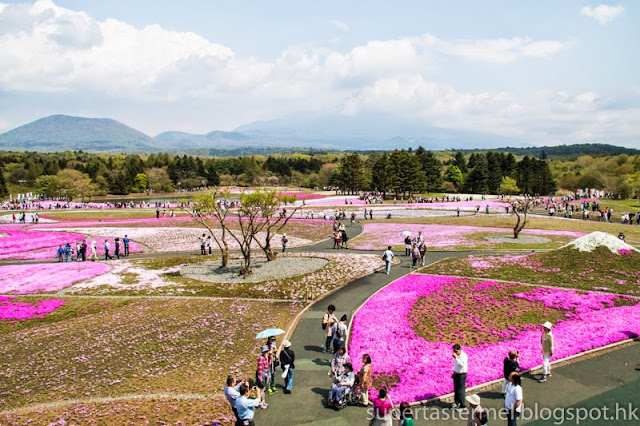 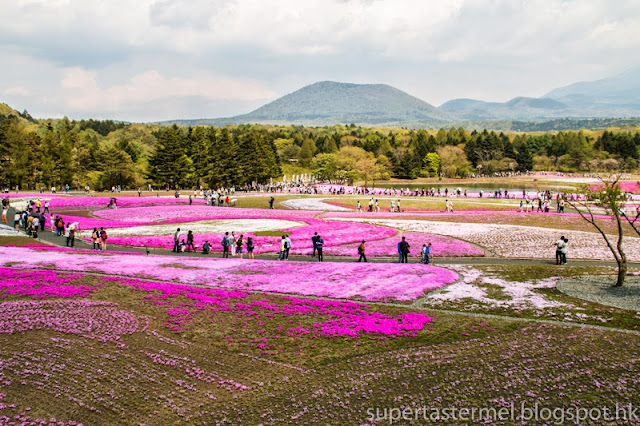