Whenever I tell people I am going to Japan to see flowers, they always ask if I am going to see cherry blossoms. While it's true that Japan is almost synonymous with sakura, there are many other types of flowers to see in Japan such as wisteria which are also known as fuji. One of the most popular place to see this type of flower is at the Ashikaga Flower Park which is located in the Tochigi Prefecture - around 2 hours away from Tokyo by train. If you search about wisteria and Ashikaga, you will probably see pictures of purple wisteria tunnels but sadly that is actually located in another park near Hiroshima instead. Still, you will not be disappointed with the massive trees with huge canopies of purple wisteria along with tunnels of white and yellow fuji.

For this trip to Japan, I got the Japan Rail Pass for 7 days of unlimited JR train usage including shinkansen which can only be obtained outside of Japan. I bought the vouchers at a local travel agency in Hong Kong and redeemed the actual rail pass at the Tokyo station. Since it is associated with your passport number, be sure to have your passport with you at all times but otherwise, just flash your rail pass at manned gates and you will have access to an amazing train network across Japan! One other tip about traveling with trains is that there is a very useful website called http://www.hyperdia.com/ which allows you to look up timetables and routes from point A to point B at specific day and time. This was a lifesaver honestly since it will tell you exactly where and when you need to make a transfer even across different train lines such as JR and metro subway.

I timed my trip to Japan right after the end of their Golden Week on May 6th to avoid the crowds since the full bloom of wisteria at Ashikaga usually occurs during the first 2 weeks of May. The entrance fee to the park actually fluctuates with demand which ranges from ¥300-1700 and when I came here, the fee was ¥1500. There was a lot of people at the park even on a weekday but the park was big enough without feeling cramped.

I made a beeline for the first purple wisteria tree that I saw which turned out to be a double-petaled wisteria with an appearance like grapes. It's amazing how one tree can support such a massive umbrella of wisteria! 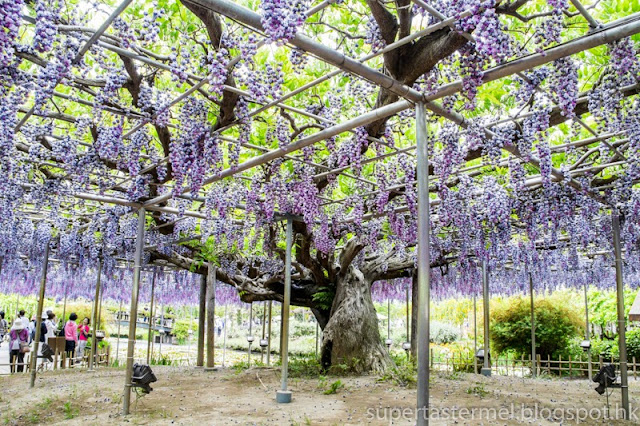 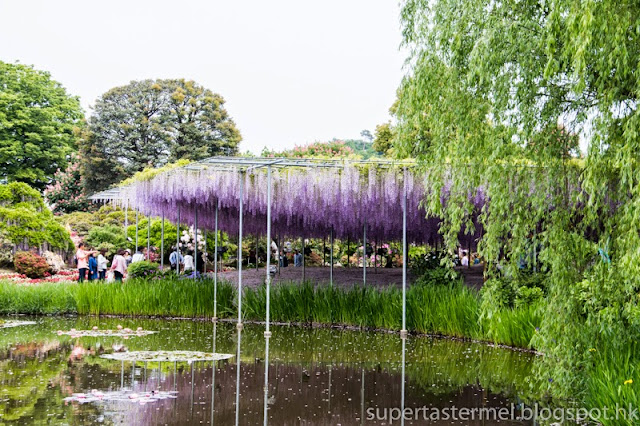 My favorite has got to be this tree with the long hanging wisteria that sways with the wind. I think the flowers were a little pass their peak when I was there since I read that the full bloom happened around the end of April but what I saw was still very beautiful and enchanting. 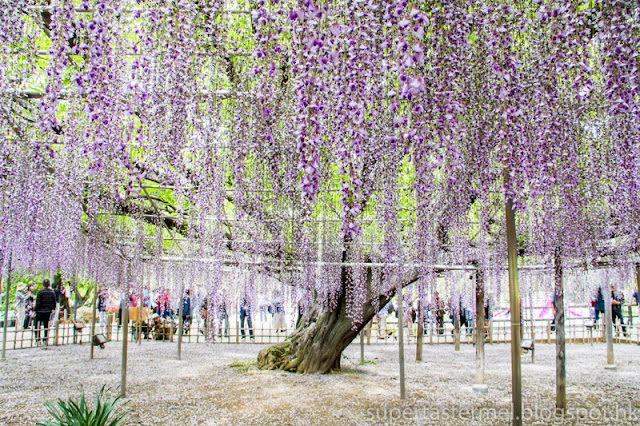 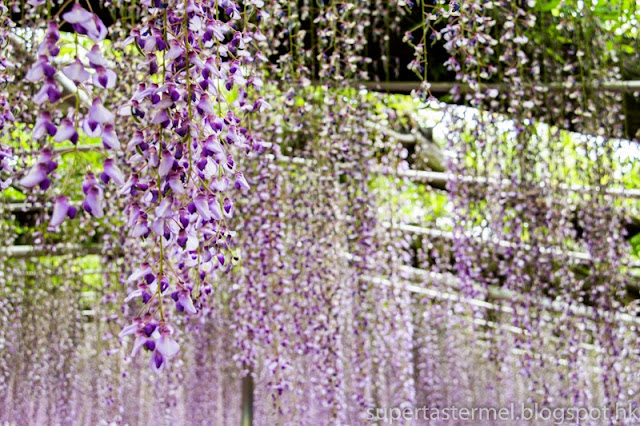 The white wisteria were constructed in a long rectangular tunnel which made for a pleasant walkway. 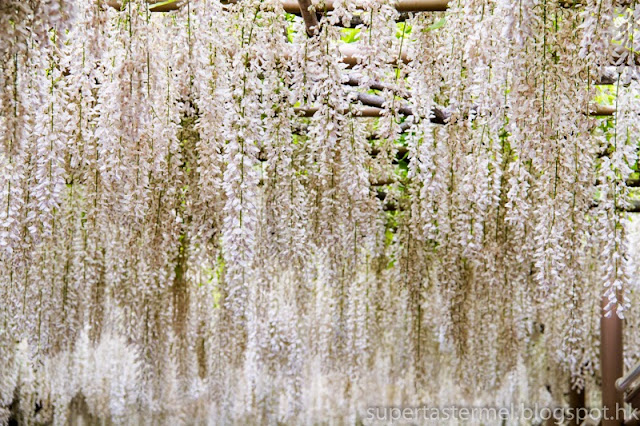 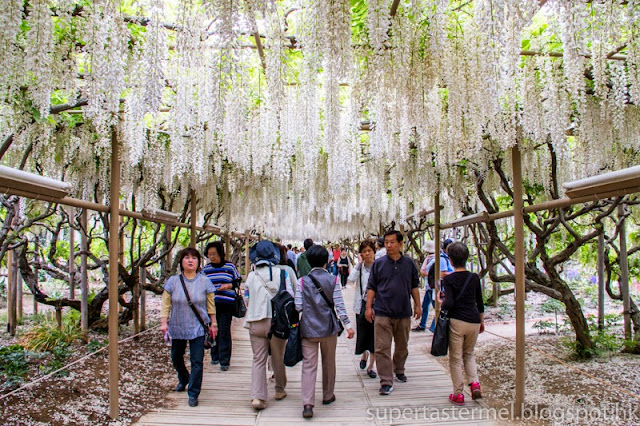 I love the round tunnel of yellow wisteria as it made you feel like you were really surrounded by the flowers from all sides. 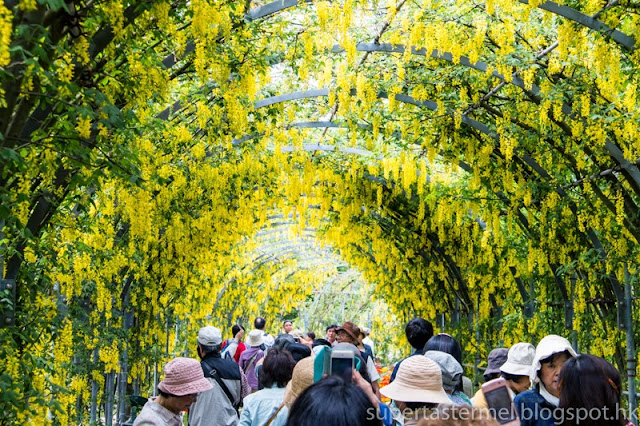 Besides wisteria, there are actually many other types of flowers to see at this park depending on the season. 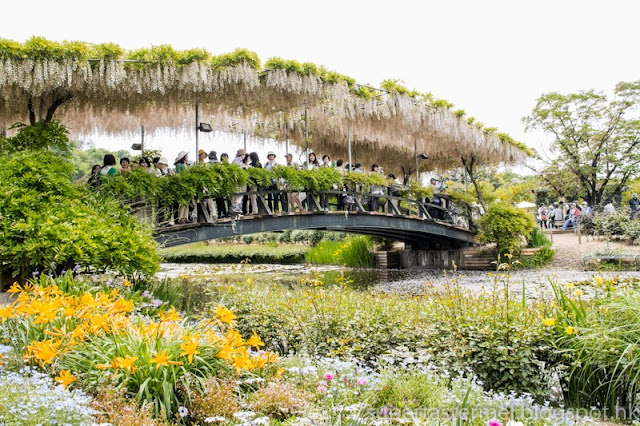 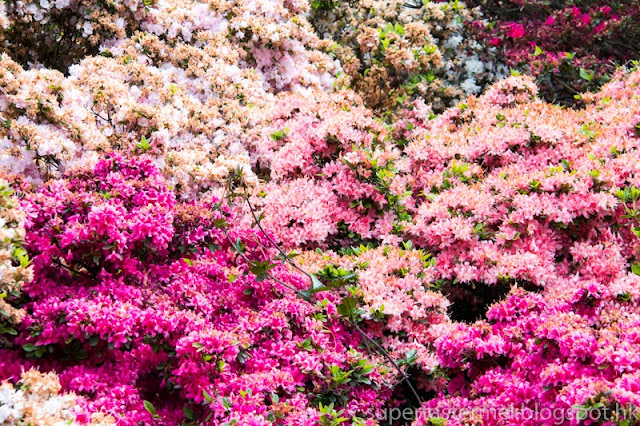 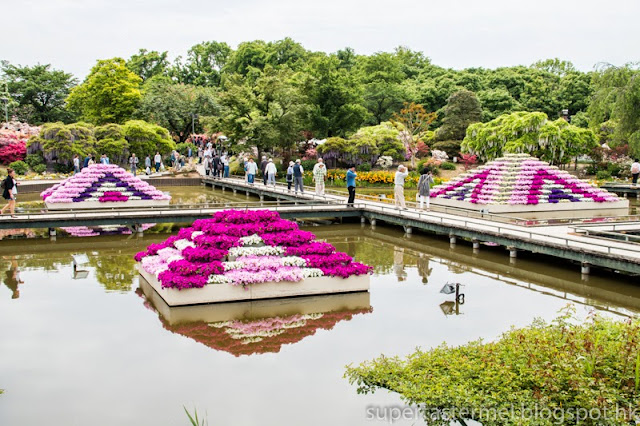 If you get hungry, there's plenty of food options onsite! The most popular item has got to be this wisteria flavored ice cream that shares the same beautiful shade of color as the flower. So what does wisteria taste like? I can't quite describe it but it was floral and not too sweet with a bit of a honey aftertaste. As I stood under the canopy of wisteria eating my ice cream, a gust of wind shook the flowers loose and sprinkled a shower of purple petals onto all of us standing underneath. It was a moment I will not forget for a long long time. 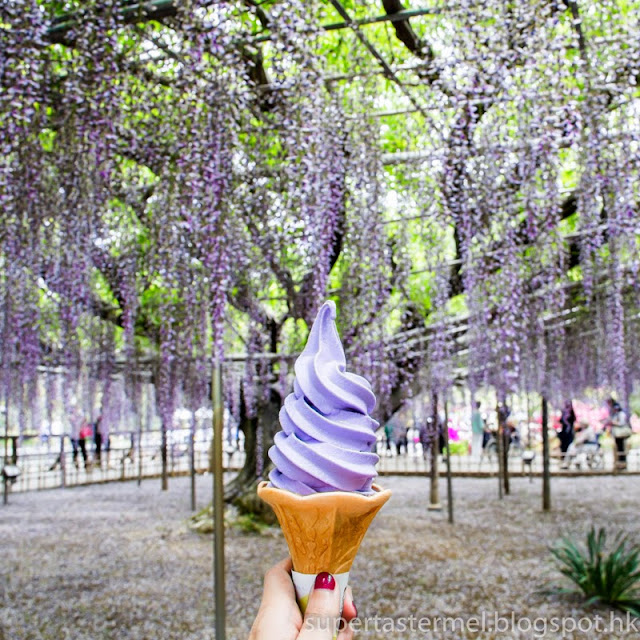 Other cooked and hot food items were available as well and I ended up trying this grilled steamed buns with miso glaze. It was an interesting snack as all of the flavor came from the miso glaze while the buns were fluffy soft to eat. 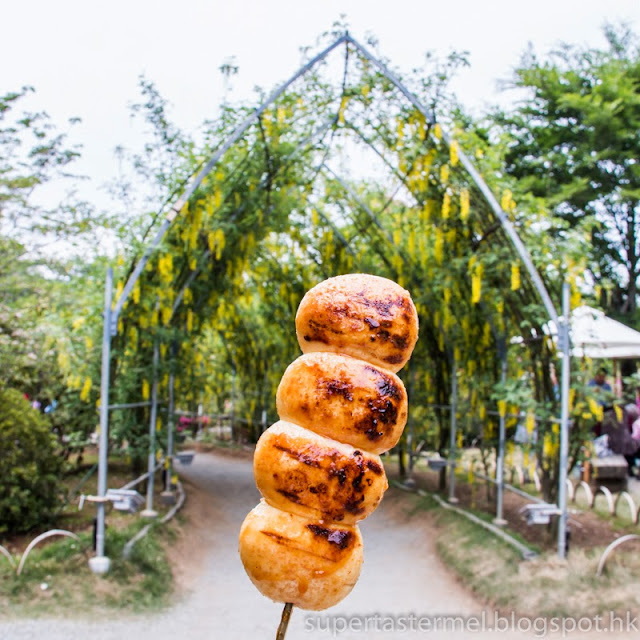 Access: Take the JR Tohoku Shinkansen from Tokyo to Oyama and transfer to the local JR Ryomo Line. Get off at the Tomita Station and walk about 15 minutes to the park.