A visit to Hiroshima would not be complete without a visit to the Hiroshima Peace Memorial Park, so on our last day before heading back to Tokyo, we went to visit the Hiroshima Peace Memorial, also known as the A-Bomb Dome or Genbaku Dome, which serves as a memorial to the people who were killed in the atomic bombing of Hiroshima on August 6th, 1945. Because the bomb had exploded almost directly overhead, the building was able to retain its shape and has been preserved as a symbol of peace. In 1996, the Genbaku Dome was included on the UNESCO World Heritage List. 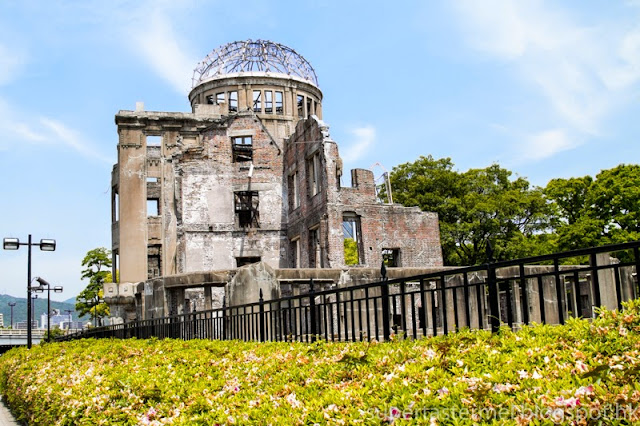 As we continued our way to the park and museum, we were able to see the original target for the atomic bomb which was the Aioi Bridge to the left of the Genbaku Dome. 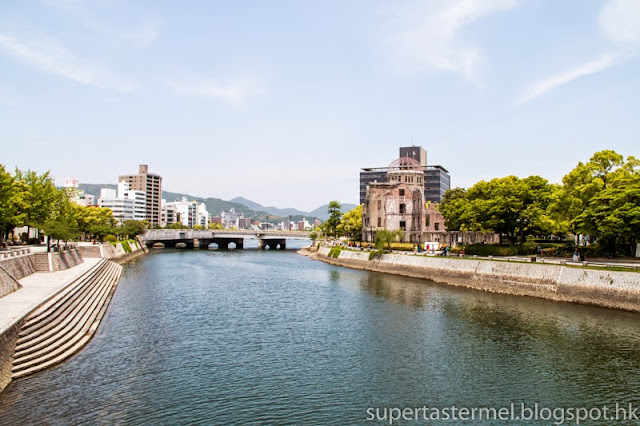 In the center of the Memorial Peace Park was this monument with a cenotaph that contains the names of all of the people killed by the bomb. The monument is aligned with the Peace Flame and the A-Bomb Dome in the back. On the cenotaph, the followings words were inscribed: "安らかに眠って下さい 過ちは 繰返しませぬから" which is translated into "Let all the souls here rest in peace for we shall not repeat the evil". 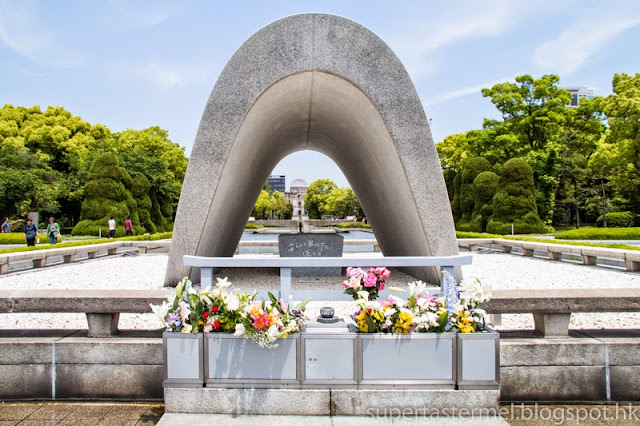 The Peace Flame has been burned continuously since 1964 and will remain lit until all nuclear bombs on Earth has been destroyed. 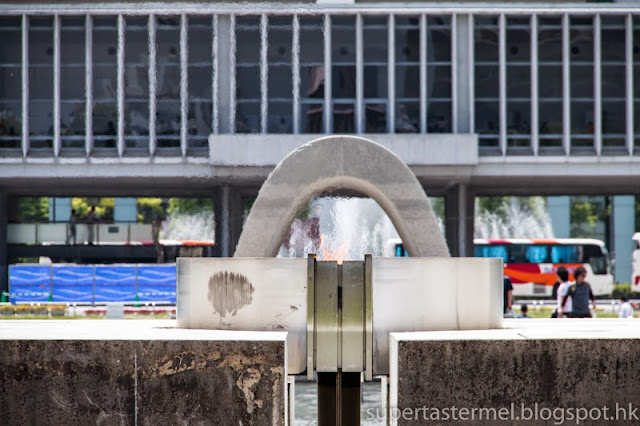 Finally, we made our way to the Hiroshima Peace Memorial Museum which is dedicated to educating visitors about the atomic bomb. The museum contains detailed exhibits, information and artifacts about the war and mostly importantly the effects of the atomic bomb. It was a somber and reflective experience when you see the tattered clothes that children were wearing when the bomb hit or the pictures of the burn wounds that people suffered on that day. I was most rattled by the shadow on the stone steps which was believed to be of a person sitting on the steps of the Sumitomo Bank when the bomb hit - incinerating that person in an instant and leaving behind only a shadow. I didn't take any pictures inside the museum as I think it's best that people should see it for themselves in person for the full experience. 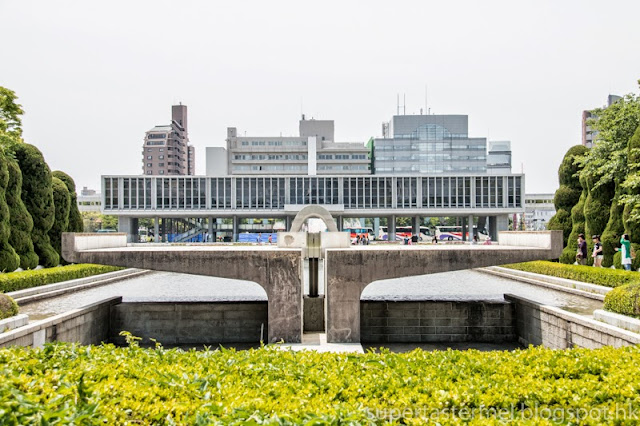 From the museum, you can get a good view of the Memorial Peace Park and A-Bomb Dome. 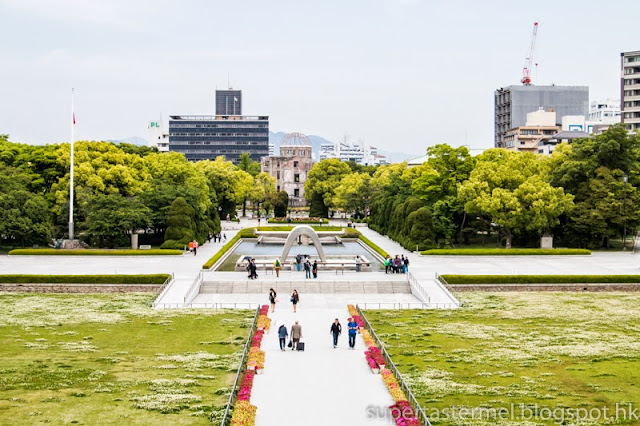 Afterwards, we started hunting for a place to try Hiroshima-style Okonomiyaki and we stumbled upon Mitchan Sohonten to be honest because all the other places we wanted to try were closed on a Monday (doh!), but it turned out that Mitchan is a local institution since its owner invented the dish! The difference between Osaka-style and Hiroshima-style okonomiyaki is that all of the toppings are mixed together in Osaka whereas the toppings are layered in Hiroshima. There's actually a few branches of Mitchan around Hiroshima and we ended up going to the main shop that started it all. 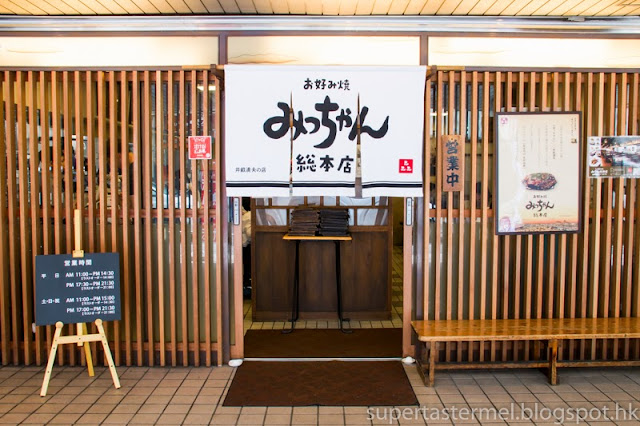 The inside was cafeteria-like and quite modern as it had undergone renovation. A variety of sauces were available on the table for you to add to your okonomiyaki as you like. 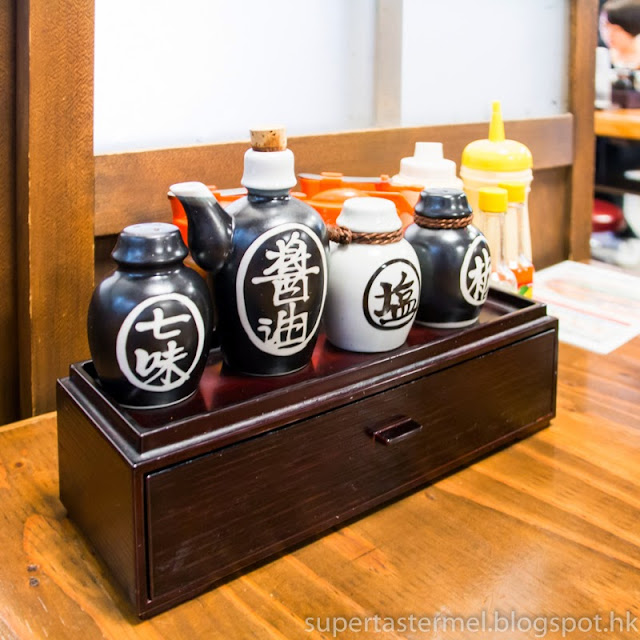 At the counter, you can see the cooking in action and the okonomiyaki was huge! The amount of cabbage used was like 3-4 times than those in Osaka. You can choose from a variety of toppings and your choice of udon or soba with your pancake. 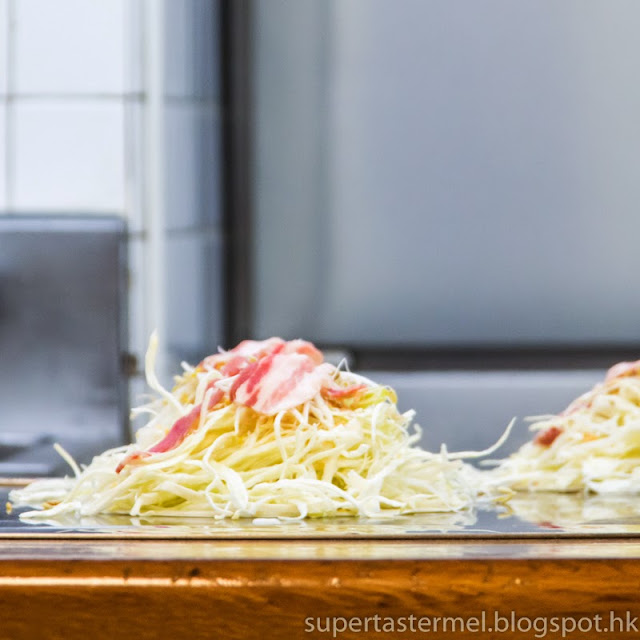 This was the Deluxe Special okonomiyaki with soba, bacon, mochi, shrimp and squid. This was really big and in hindsight, we probably could have shared just one between the two of us. I really liked the sauce on top but I found the soba to be too hard for my liking. 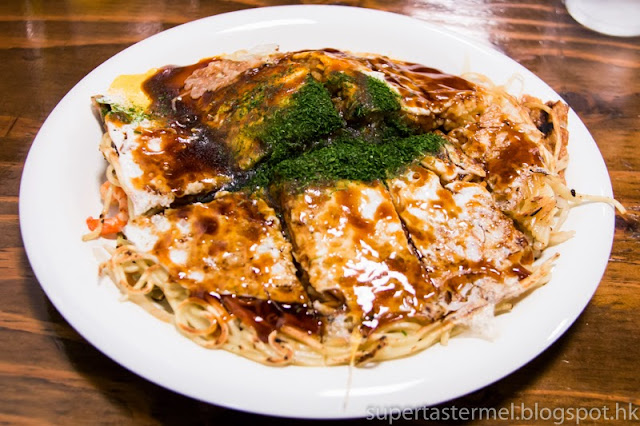 I preferred the okonomiyaki with udon and Hiroshima's famous oysters more as the udon was softer so it was easier to eat. 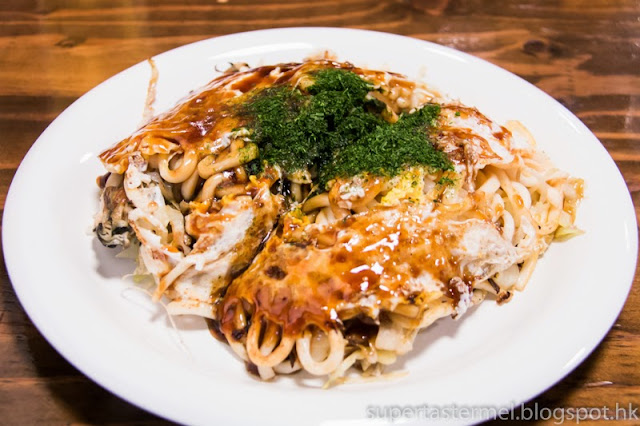 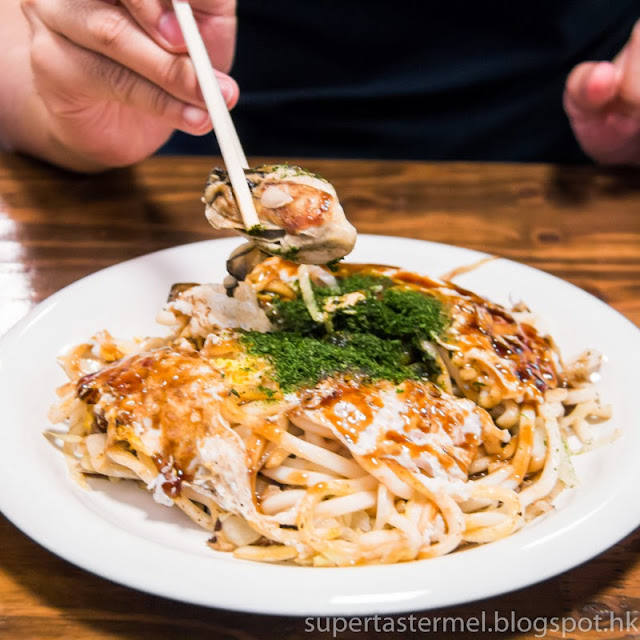 Access: Take the JR Sanyo Line to Hiroshima Station. You can purchase the JR Rail Pass through my affiliated link here (there's no additional cost to you but I will make a commission if you click through and make a purchase)!