「銀座から世界へ」which mean "from Ginza to the World" is the ambitious motto behind Sushi Ginza Onodera which has branches in Tokyo, Honolulu, Paris and Hong Kong today already. I haven't been to the one in Hong Kong yet but J has been here to the Ginza outlet a few times with favorable experiences so here we are trying its omakase for dinner. With 9 counter seats, the cozy restaurant in Ginza offers lunch that ranges from ¥5,000-10,000 and dinner from ¥20,000-30,000. 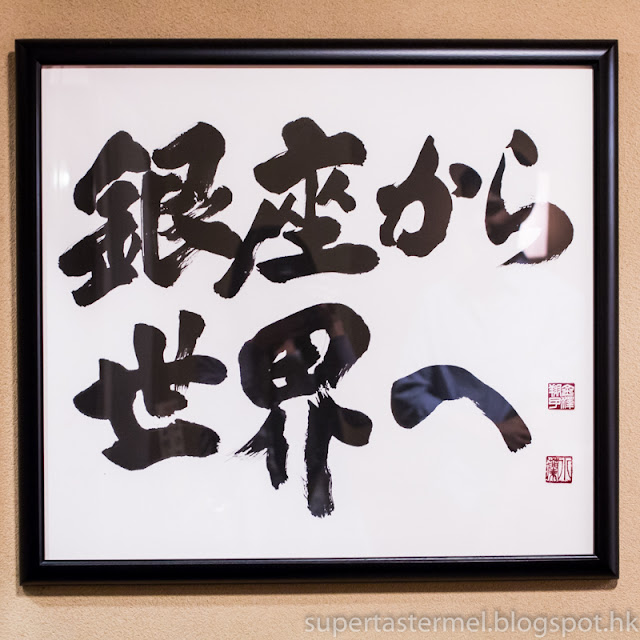 Before the sushi arrived for our omakase, we were offered a variety of tsumami (appetizers and sashimi) with around 10 courses starting with this lovely ikura chawanmushi (steamed egg custard with salmon roe) that was soft and smooth while rich in flavor. 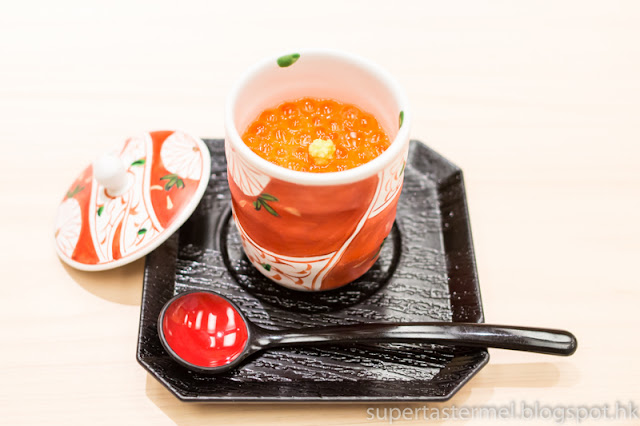 Next was a hirame which was a flat fish. 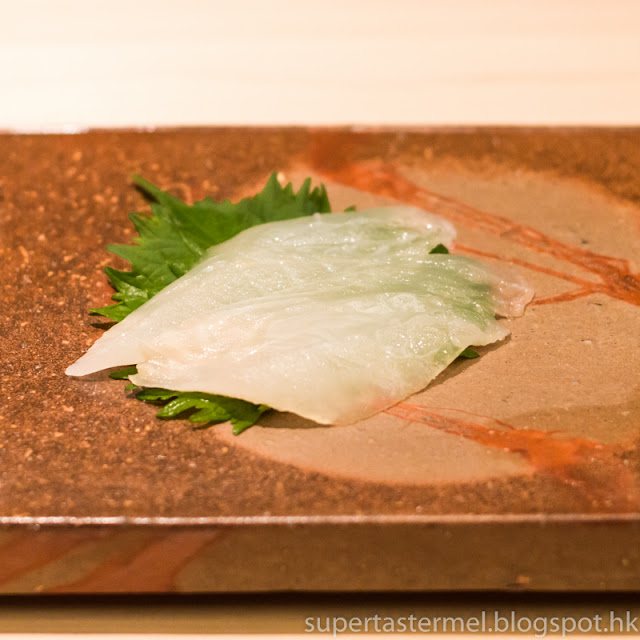 The octopus was soft and tender after being marinated and boiled for hours. 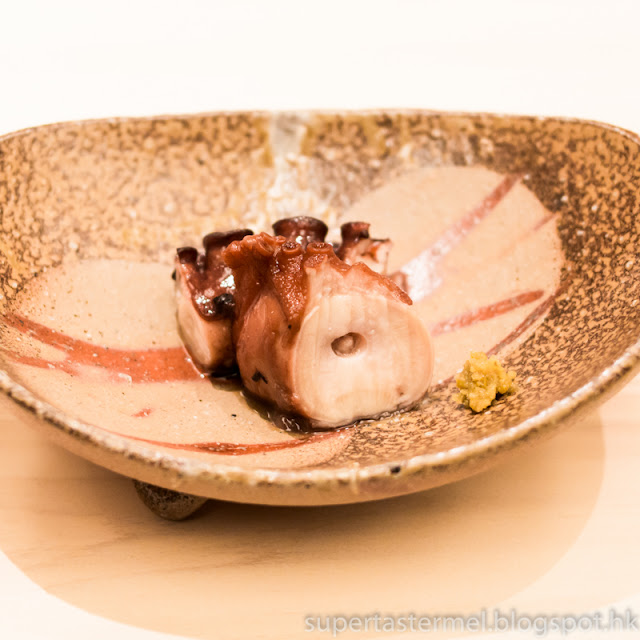 I admired the elaborate knife work done on this clam which was fresh, sweet and snappy to eat. 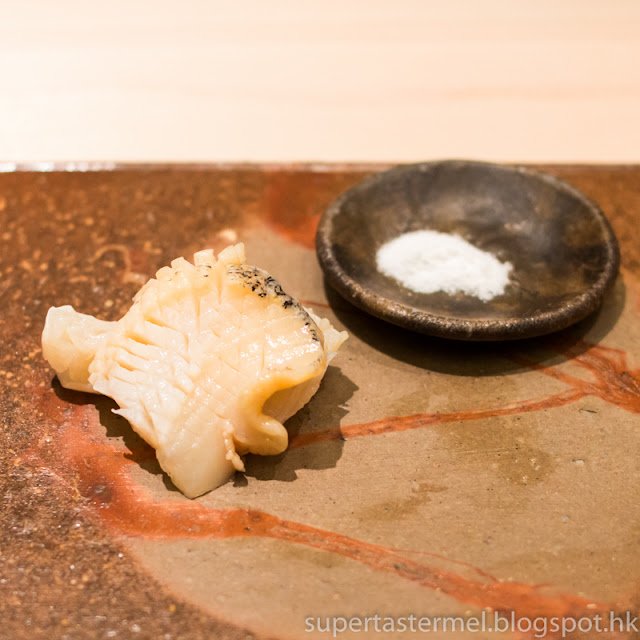 The asparagus from Hokkaido is in season now and they are big and deliciously sweet! 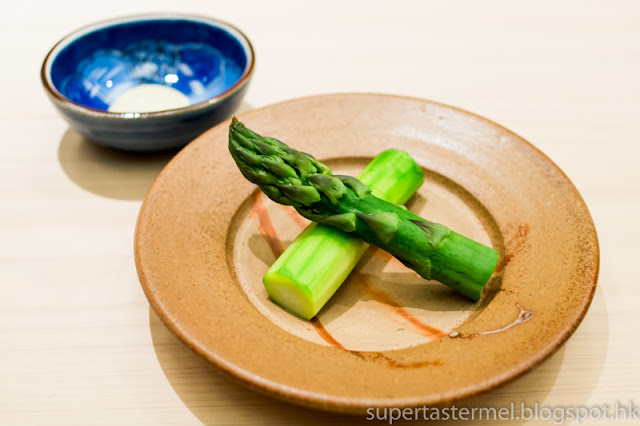 The kazunoko is made of herring roe with a firm and rubbery texture. I remembered that I tried this many years ago on a work trip to Shinjuku and loved its chewy texture but I felt this could have more flavor to it. 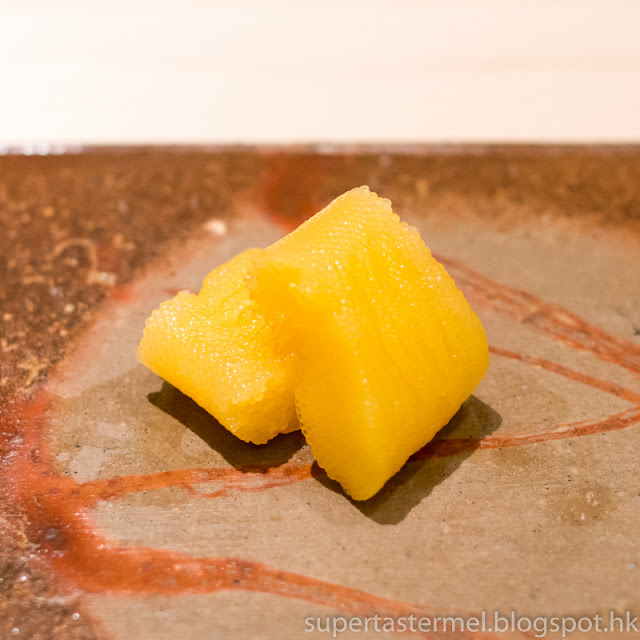 The katsuo (skipjack tuna) was served with garnishes and fried garlic which enhanced the flavors very well. 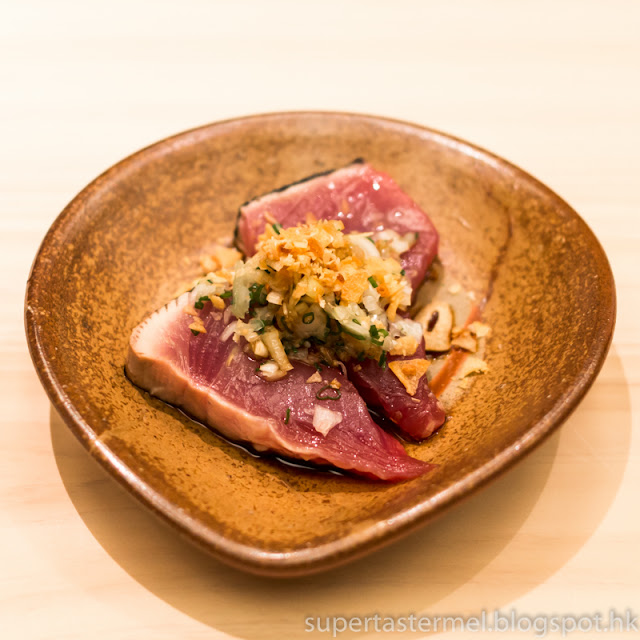 The smoked karasumi (mullet roe) was sticky, chewy and quite fun to nibble on. 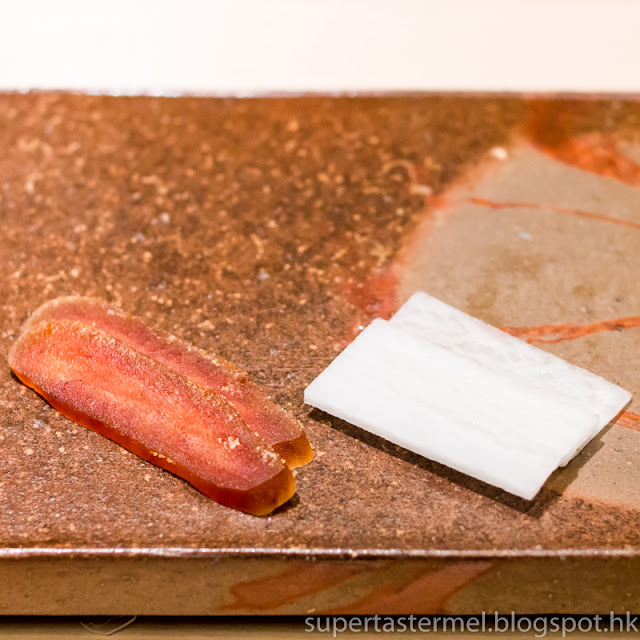 The most interesting item of the tsumami would have to be this live squid that was prepped and prepared right in front of us from skinning to cleaning to cutting while it was still alive and squirming ><. 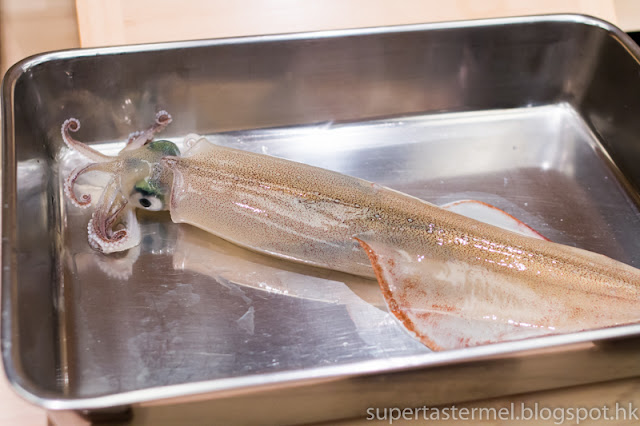 The first dish prepared was sliced ika noodles served with a complex wasabi, ginger and bonito flakes mixture that ended up being quite spicy and overpowering for the squid to be honest. 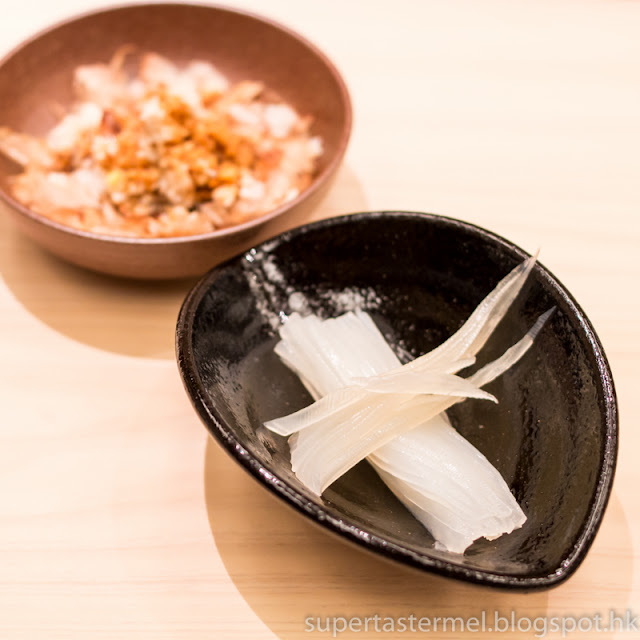 The second was a tempura where the batter was light and delicious to eat with the right seasoning. 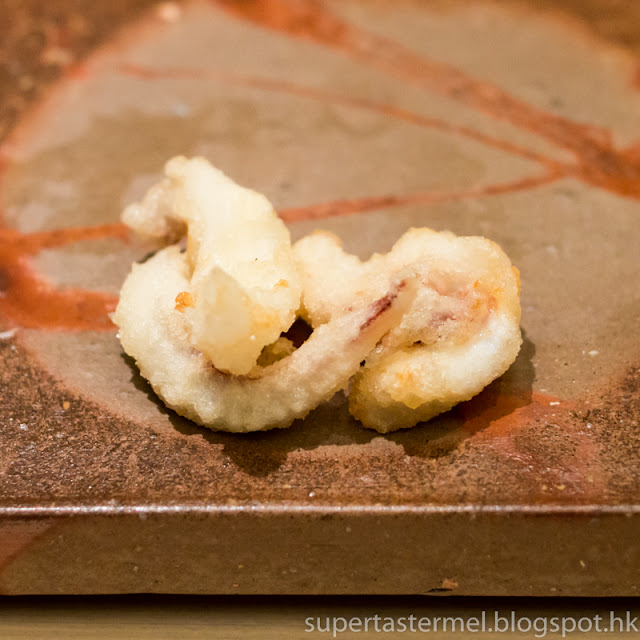 Then we moved on to the sushi courses with around 10 pieces as well starting with this beautiful Tai (鯛) which is a seabream snapper. 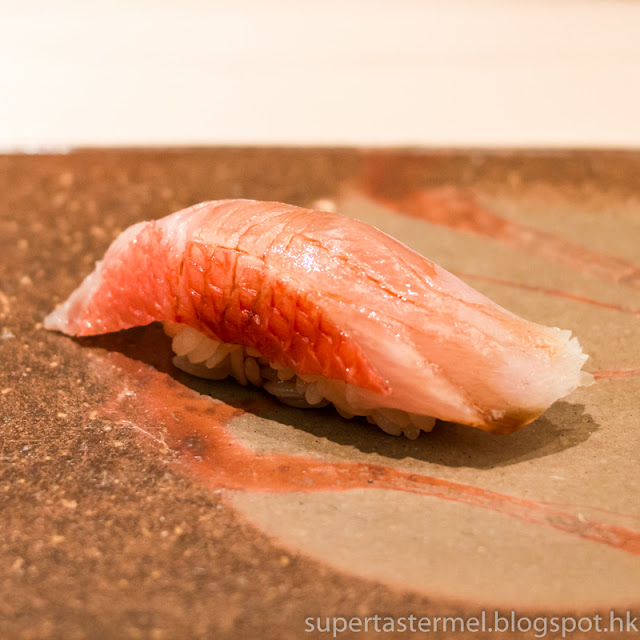 Again I am pleasantly surprised at the aesthetics of the sushi presented here especially with this sayori (鱵) - look at that knife work! 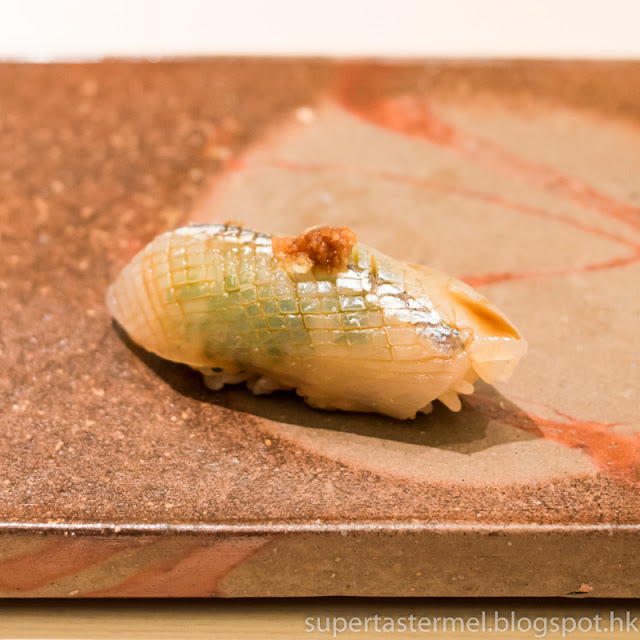 The torigai (鳥貝) is in season now and it was very fresh (still moving!) plus it was deliciously sweet to eat. 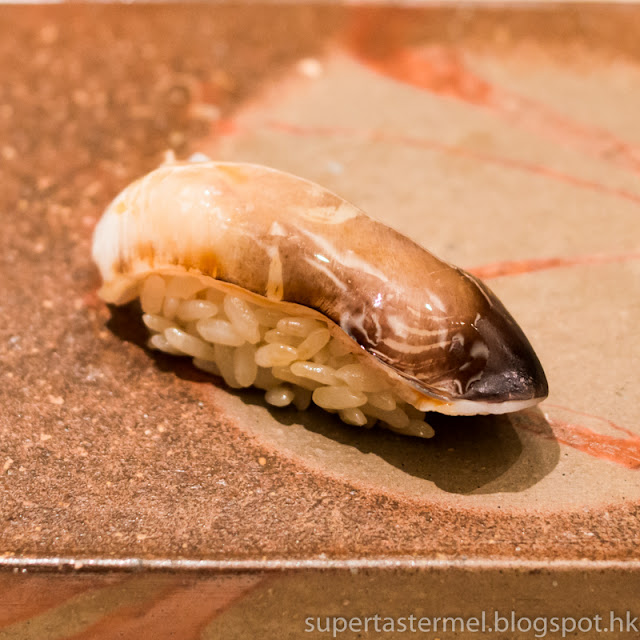 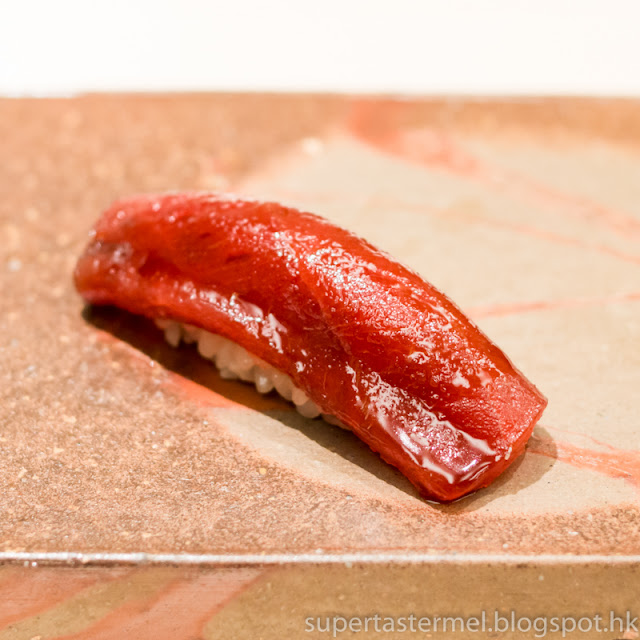 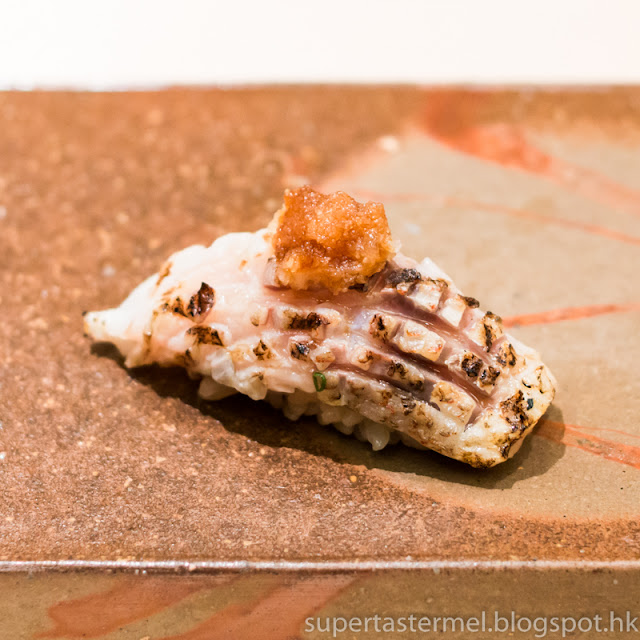 The beautifully cut iwashi (鰯) which tasted great even though I am not a big fan of sardine. 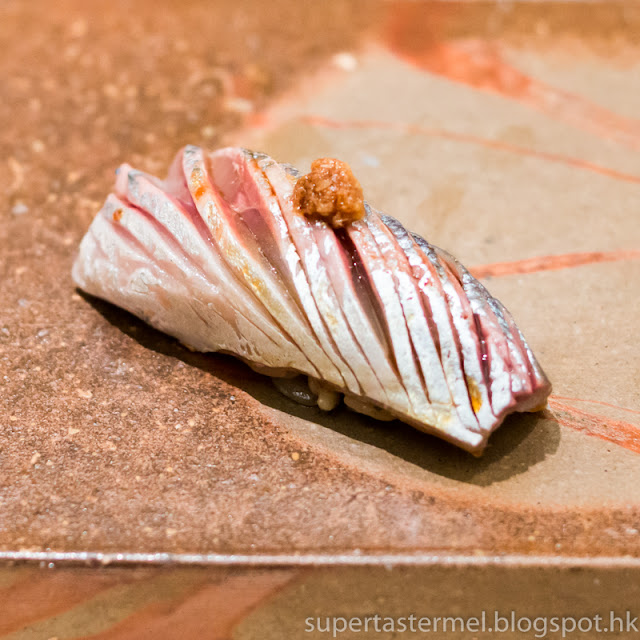 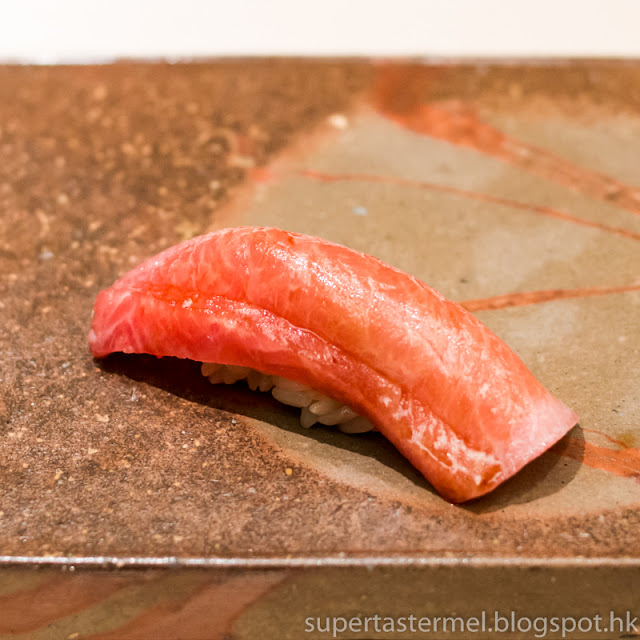 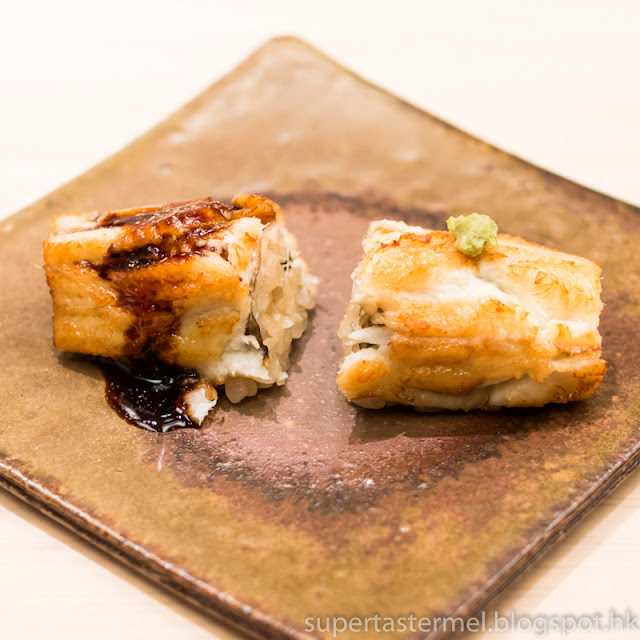 Before and after of the fresh prawns (海老): 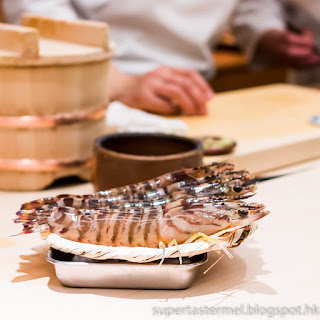 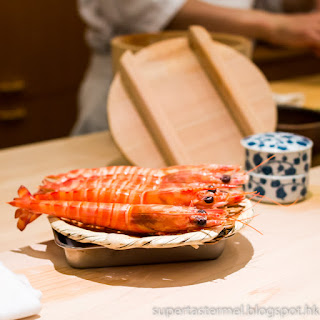 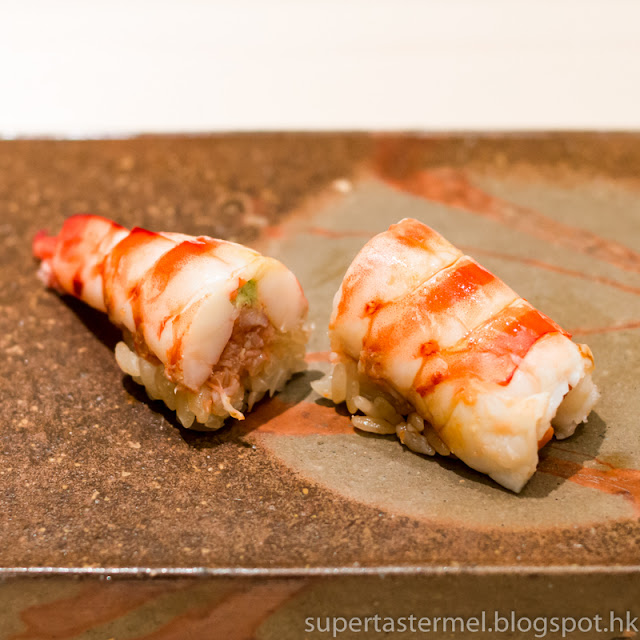 At the end of our meal, we wrapped up with the tamago which tasted more like a cake actually while the egg flavor was too light. 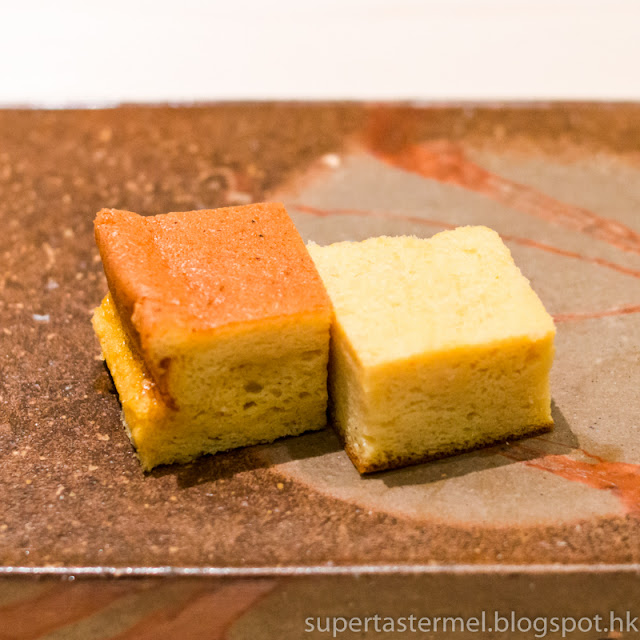 I was really impressed with this matcha custard dessert though as the custard was just sweet enough to balance the slightly bitter taste of the matcha which was very rich in flavors in itself. If the Hong Kong branch has this, I'm there in a heartbeat! 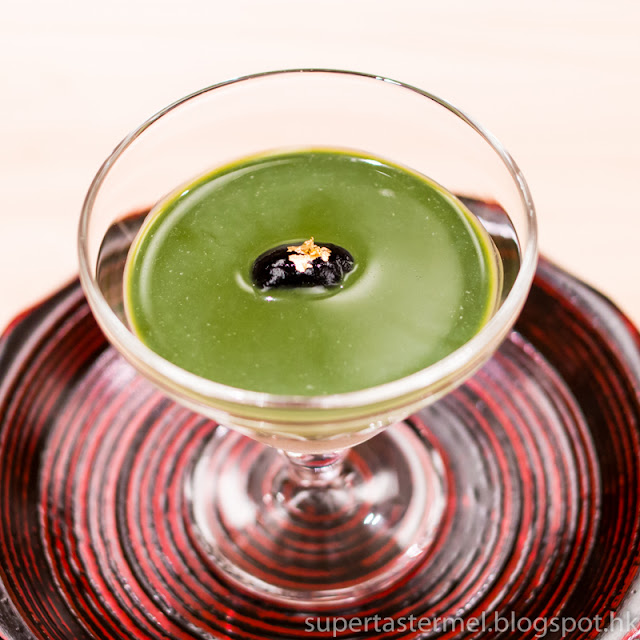 Verdict - overall, I felt that the food here from the tsumami, sushi and dessert at Sushi Ginza Onodera was very solid but at the same time I wasn't completely blown away either compared to other sushi restaurants in Tokyo. However, if the quality of the sushi is like this at the Hong Kong branch, I would gladly go simply because it is hard to get that kind of quality in HK period. The service and hospitality was awesome though as the chef was very friendly and even tried to speak in Cantonese after he learned that we were from Hong Kong!